First off, I wanted to let you know that I’m guest-posting at Tobi’s Blog (welcome, Tobi’s Blog readers!) today about the DIY tufted ottoman I made a little while back. Such an exciting treat to be asked over to share, and I hope you’ll stop by and show Tobi some love. She’s a talented designer with some serious eye-candy on her blog! (Funny side note: when I was looking through her portfolio, I saw a room I KNEW I recognized. Then I realized it was from a house for sale in Hot Springs, Arkansas that we saw an ad for while on vacation last year. I seriously loved the pics so much that I wanted to schedule a viewing of the house just so I could see it in person. What a small world!)

I find them implausible and downright annoying sometimes. Miss Congeniality? Eh. It has its moments. How To Lose a Guy in Ten Days? I suppose some parts are funny, but I still want to smoosh pies in Kate Hudson’s character’s face. The Notebook? Hmmm…I should probably stop before I get myself in serious trouble.

And yes, I know the point of a chick flick is to entertain, not make you want to go work on your doctoral dissertation (oh, please no), but I like my movie escapism to be brainless in an intelligent way. Ha! No wonder my brother (who likes chick flicks/happy endings more than I do) thinks I’m a picky movie-watcher.

The truth is that, while I think the genre hasn’t done itself too many favors as a whole, I’m a big sucker for a chick flick “done right” (and yes, I know that that’s an extremely subjective and debatable term).

And I’ve made a list of 5 of my favorites to try to win you over. 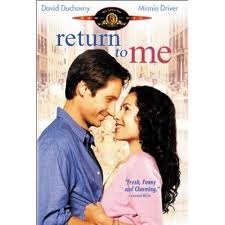 This little known gem stars Minnie Driver as a girl who gets a heart transplant from a cute guy’s (David Duchovny) dead wife. I bet you’ll never guess what happens next. Still, even if the plotline is predictable, the dialogue and characters aren’t. Plus, the movie exudes a genuine sweetness that is hard to pull off. (**There are several spurts of profanity in this otherwise tame PG-rated movie; I think they threw it in there to “spice things up,” more’s the pity). 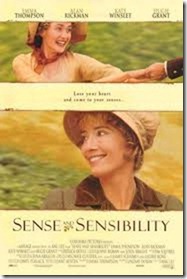 How can you go wrong with Jane Austen? No, this isn’t the fastest moving film around, but the acting is superb (oh, Emma Thompson, you amaze me), the storyline compelling, and there’s a bit where Emma’s stiff-upper-lip protagonist has this spectacular meltdown in response to a stuttering speech from Hugh Grant that makes me want to stand up and cheer every. single. time. 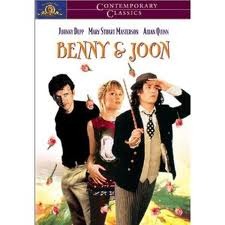 Another relative unknown starring Mary Stuart Masterson and a Buster Keaton impersonating Johnny Depp (also a bit salty on the language side…what’s with these PG movies and their potty-mouths?). It’s a quirky tale of two misfits falling in love. And it’s quite well-acted and manages to make you genuinely care about what happens to the lovers. 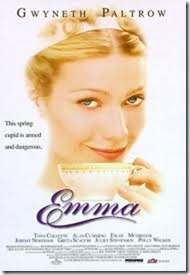 Yes, yes, I know. Two Jane Austen movies in one list. But Emma is so completely different from Sense and Sensibility that it would be like saying, “Why are you making pie when you have cake?” (A legitimate question when you think about it, but I’m trying to make a point here!) Both are good but in completely different ways (Mmmmmm…cake). Emma is a frothy, bubbly frolic of a movie that will make you smile and shake your head all at once. Plus, Gwyneth Paltrow’s fake British accent is actually pretty darn good. 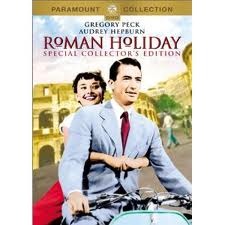 Hard to go wrong with a classic Audrey Hepburn flick about a bored princess who pretends she’s a commoner for a day and ends up falling in love with the worst possible person for her…an American reporter.

I have loads of other chick flicks I love, including quite a few mainstreamers like You’ve got Mail, While You Were Sleeping, Notting Hill (actually my favorite chick flick of all time, but I don’t recommend it because it’s pretty raunchy in spots, and I only own it in a “cleaned up” version), The Devil Wears Prada, and Pride and Prejudice (of course). I just wanted to introduce you to/remind you of some of the lesser recognized ones.

Hopefully, you don’t hate me too much for doggin’ on the popular chick flicks. And hopefully, I’ve given you a little fodder for your weekend relaxation. There’s only so many times you can watch Kate Hudson desecrate Matthew McConaughey’s medicine cabinet, right?

I’ll see you tomorrow for Feature Friday. I’ve got something really cool to tell you about.

P.S. So spill: what’s your favorite chick flick of all time?