I use weird figures of speech like “sure as peaches” and “tarnation,” apply exclamation points liberally when I feel it absolutely necessary and appropriate, and have been known to capitalize an entire word or seven two.

It’s very similar to the way I talk—though, as you’ve seen in videos of me, I tend towards dry humor more than bouncing and squealing (more like jumping and yelling, BODYCOMBAT style).

But one thing I’m not is gushy.

I sometimes have trouble telling people how I really feel if the emotions are strong.

I cringe a little at phrases like “my heart’s overflowing,” not just because it’s a cliché but because it implies a level of emotional commitment that I’m not always comfortable with.

So, understand now that I mean it from the bottom of my overflowing heart that you guys blessed my socks off all day yesterday with your response to my announcement that—surprise—we’re having twin (IDENTICAL! see? there I go) girls.

I don’t know most of you in person, but you still took the time to comment, encourage, promise prayer, email, recommend books, and just all around rejoice with me in my unexpected news…

And it was kind of like having an “I’m having twins!!!!” party all day long.

Here’s what I accomplished yesterday: homeschooling, a shower, making dinner, a nap on the couch, some snuggles with my kids, spending at least an hour poring over baby girl names on the couch with my husband (we think we’ve got them!), and reading (and answering a few) comments, emails, and facebook responses (on the couch…see a theme?).

I totally should have: exercised, cleaned, crafted, and picked up.

But I was having too much fun soaking in the love from you guys and taking courage in the ever-growing excitement at the thought that I not only am going to have twins…I GET to.  (You guys make it sound so doable and, dare I say it, fun).

God is so good. And you are His handiwork.

At one point, I told my husband, “Man! These people are nice!”

And he said, “Yeah, they sure are.” (He loves to read my comments almost as much as I do).

ANYhoo, if you offered your services as a “twin consultant,” I’ll probably be in touch with all kinds of questions and maybe even sob stories later on down the line.

And if you offered your “condolences” or just a hearty amen to my “kids are hard” speech, those helped too!

Just know that your kindness has blessed my life this week, and I am grateful for each one of you. Truly.

So, what did I wear this past week?

And I’m not picky. I’m a fan of the teeny little Swiss dots and the great big fat ones. 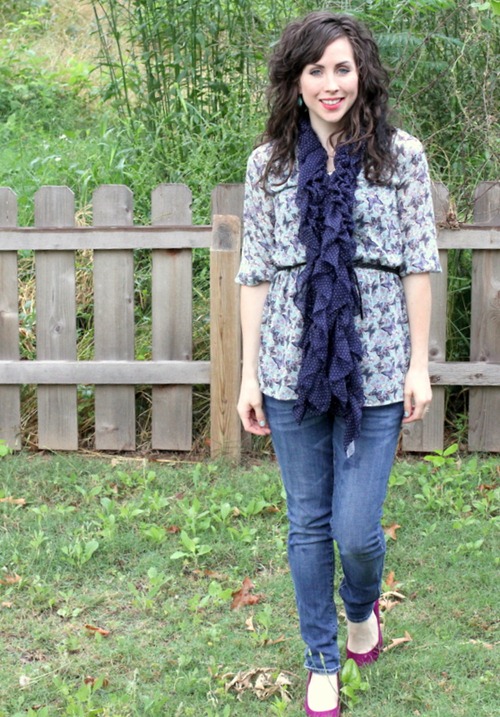 What you may see, though, is a water-stain on my pants, which occurred as I hoisted my tiny, water-hating daughter out of the tub while she screeched at me for the indignity of forcing her to take a bath (really? what kid despises baths so much that she acts like it’s torture to take them when she’s 17-months-old?). 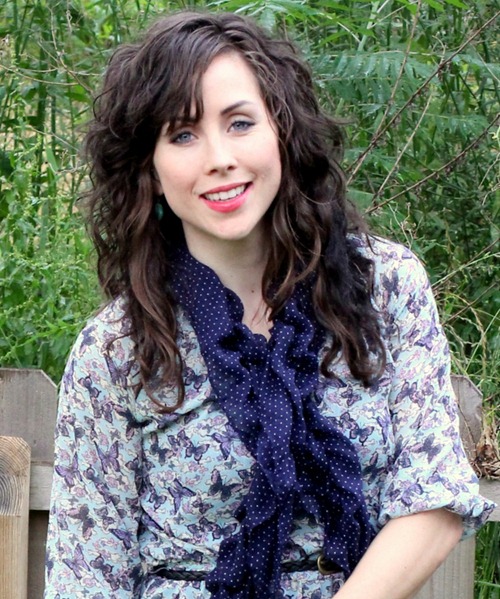 Now, can you see them? (Hmm…I really should have taken the flat iron to my bangs). 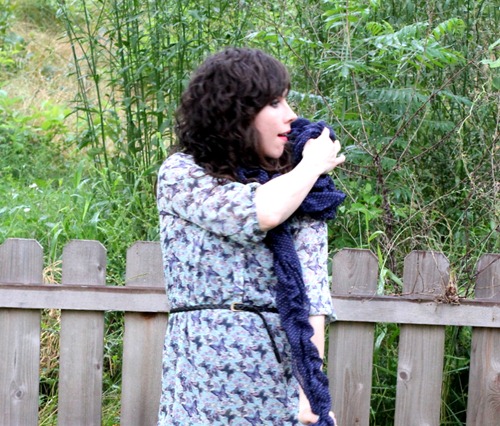 Honestly, the scarf is a bit of joke since it’s been in the lower 90’s here a couple of days this week, but we’ve had a cool, rainy day or two as well, which let me tolerate the scarf long enough to take a few pictures with it because I want to know…

Should I keep it?

It’s a $7 Walmart purchase, but I still don’t know if I’m completely sold. 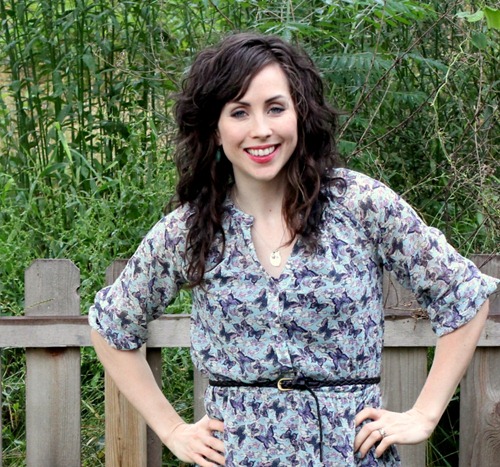 I didn’t manage to get a close-up, but I was also wearing my Lisa Leonard “Hope is the thing” necklace, which I love.

And since I just announced I’m having twins and all and haven’t exactly been liberal with the belly shots, here’s how the girls and I are looking so far (at almost 20 weeks). 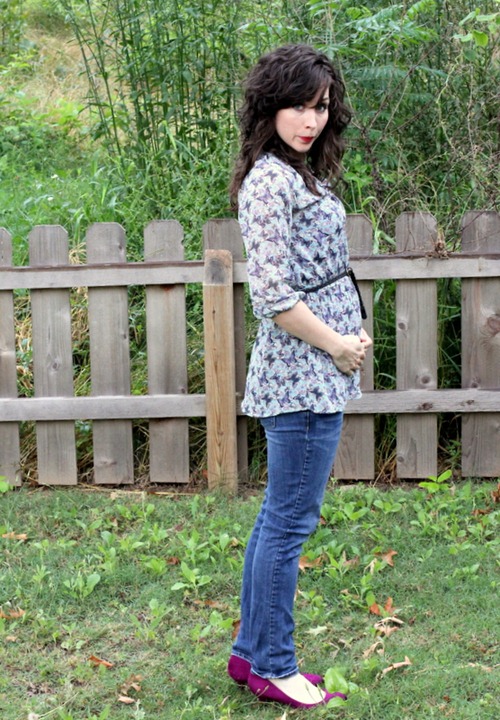 Everything I’m wearing here is old except for the Target top ($11, just bought it a few days ago).

And now for the slightly bigger dots. 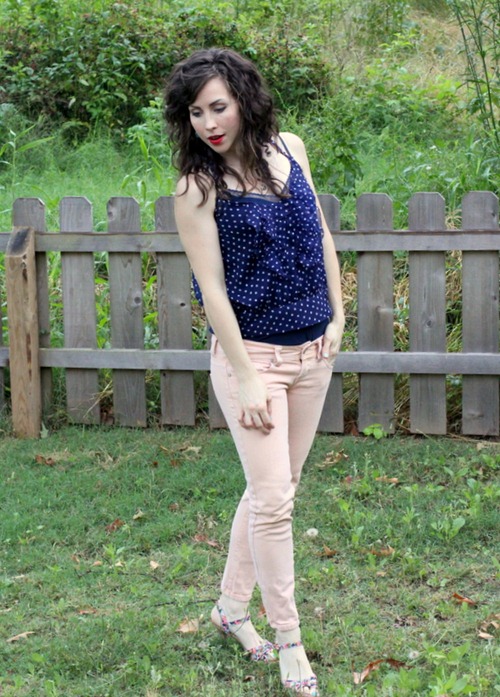 One of the biggest differences I’ve noticed about this pregnancy is how hard it is already to bend over. Even though my belly doesn’t stick way out (yet), there’s very little give when I lean down (too much baby in there, I guess). 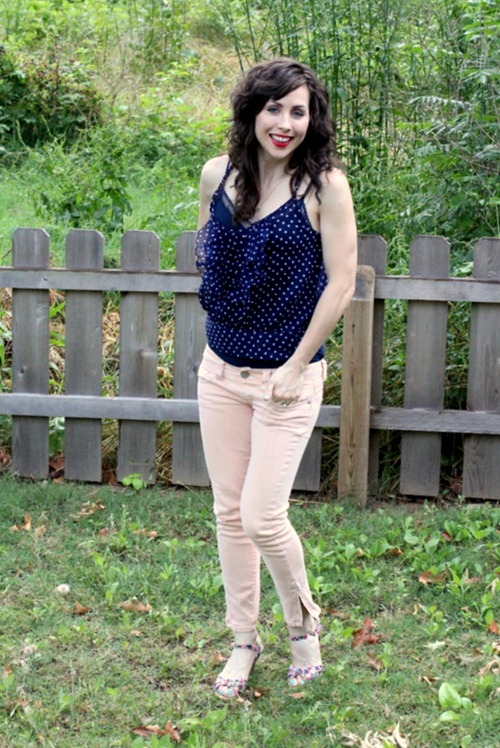 …that I wore this outfit to smile for the pics, but I did not actually go anywhere in it. Fitted matchstick jeans are not conducive to sitting. Or walking. Or breathing.

I think those are getting put away for a while. 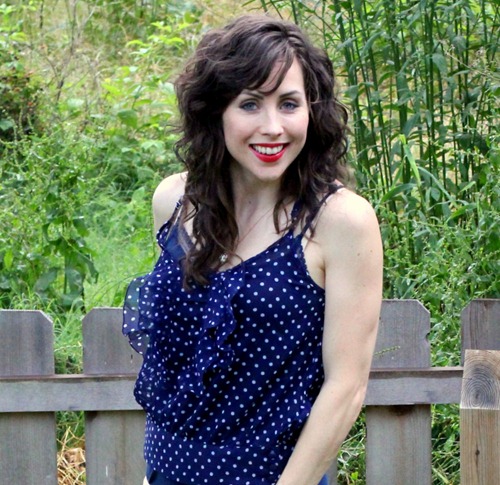 And finally, for our grand finale, we have the giant polka dots (in almost exactly the same silhouette as the shirt above; apparently I like ruffle-front polka dot tops). 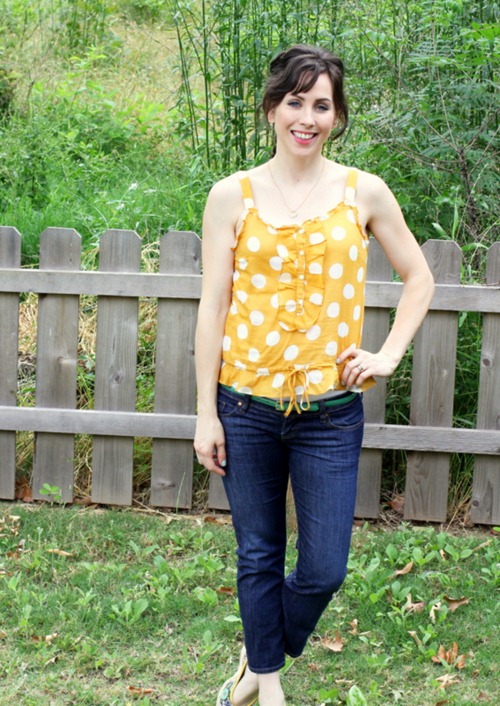 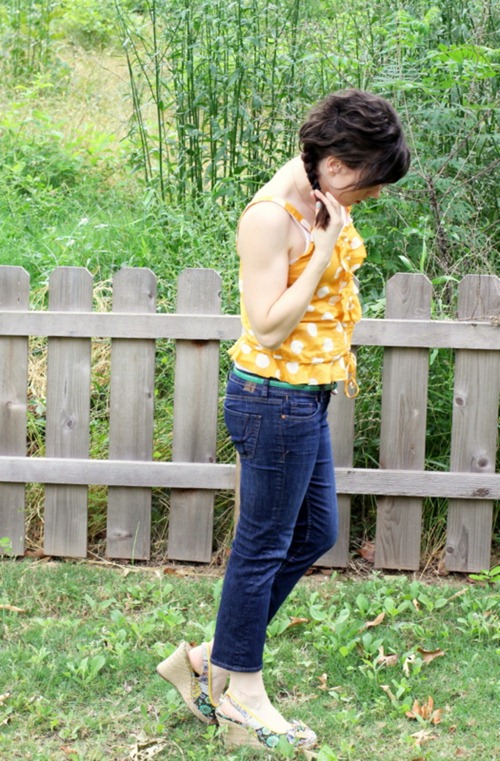 The top is Old Navy from about a month ago (I got in on sale for $7.50 because I had some sort of 50% off coupon). The belt is from Target. The rest is thrifted. And the dandelions? Well, those were free, courtesy of our backyard and the rain. 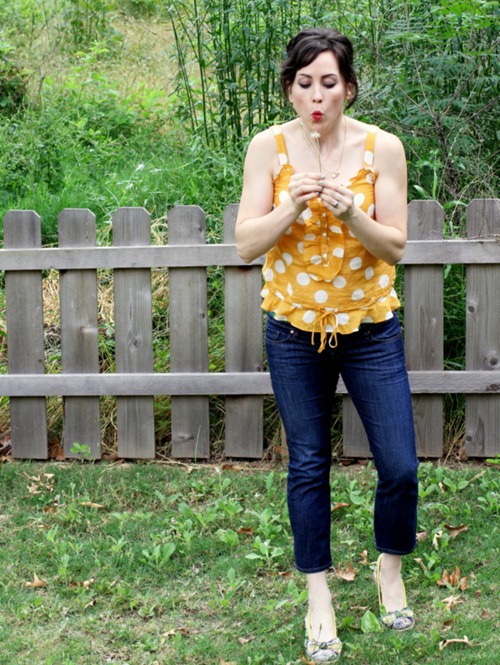 Do you have a pattern that just makes you happy every time you wear it?

Linking up with Lindsay!

37 thoughts on “Wardrobe Wednesday: Polka Dots!!! + a huge THANK YOU”