The girls and I ran errands all yesterday morning after we dropped the boys off at school. And this is what I wore: 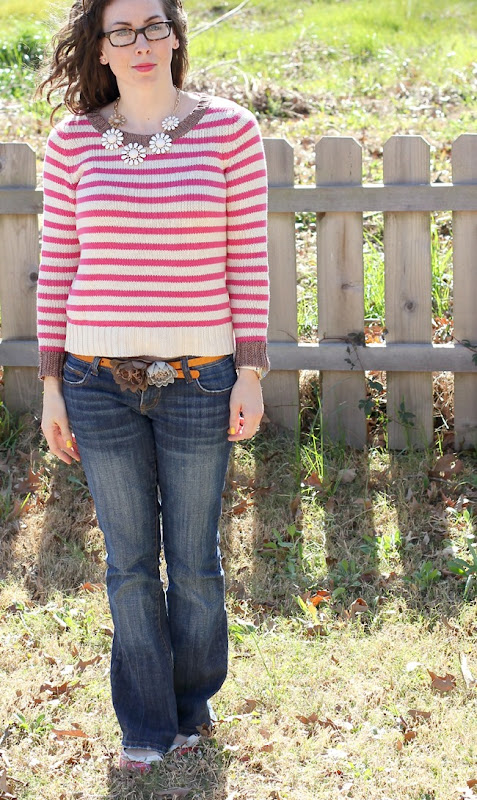 Let me just say…when you’re trying to make it through Hobby Lobby (AKA: the headquarters for all things easily breakable) with three small children, the last things you need are painful shoes or fussy accessories to distract from your ability to dole out snacks, nurse babies, change diapers, and/or preempt the MUST-HAVE-SKITTLES-NOW tantrums of toddlers whose naptimes you have obliterated with your trips to the land of pretty-shiny-things-she’s-not-allowed-to-touch.

Which means that, all too often, my errand-running uniform consists of workout gear or a hoodie and some comfy jeans.

Not that there’s anything wrong with that. But I’ve noticed something since the twins came along: people pay waaaaaaay more attention to me than they used to. And I don’t mean that as a good thing (although, neither is it necessarily a terrible one).

Little old ladies spot me and my posse from the frozen vegetables aisle, and by the time I’ve made it to the bananas, I have a gaggle of admiring grandmas cooing and gooing over my babies. Or there are the inevitable murmurs of “Look! She has two babies. Twins? Bless her heart. I’d die!” (which kind of make me want to wear a shirt that says, “Yes, I have a lot of small children, but I’m not deaf…yet”).

And I’ve noticed something else: these people who are noticing me and my children expect me to be a hot mess. Or at least that’s what I glean from comments like: “Well, aren’t you brave being out in public with all those babies. And you’re dressed and everything.”

{I had no idea that public outings with small children came with a free nudity pass}.

And then there’s the gasp as they lean in closer and say, “And you’re wearing make up too? Good for you!”

Clearly, the bar for self-care among mothers of littles has been set pretty low…at least where I live anyway. And I must admit that it’s rather tempting to take full advantage of such paltry expectations (and at times, I definitely do). But something tells me I’ll be a better witness if I don’t. (I’ll explain what I mean by that in a minute).

So, today I thought I’d share my 5 essentials for a put-together, casual outfit that’s just as comfy as my sweats but won’t leave a trail of “Poor little thing” whispers in my wake. 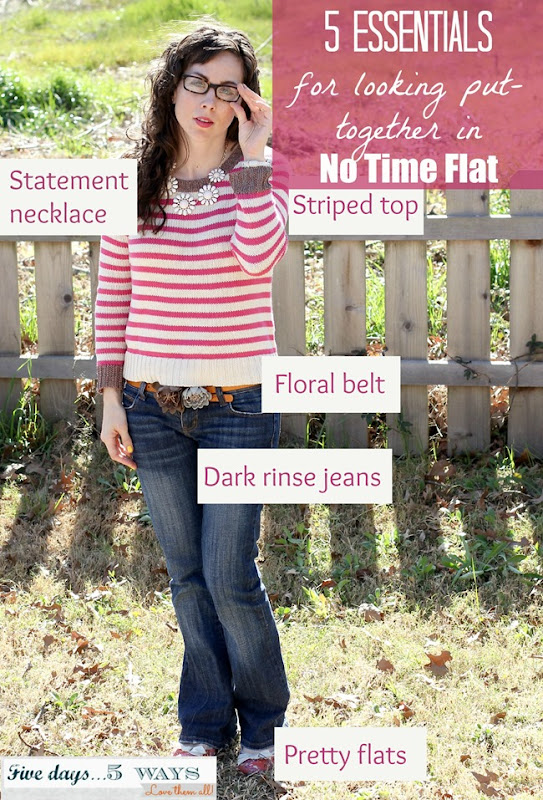 The above outfit is what I wore while running errands, and I was never uncomfortable or stuffy-feeling for even a moment. 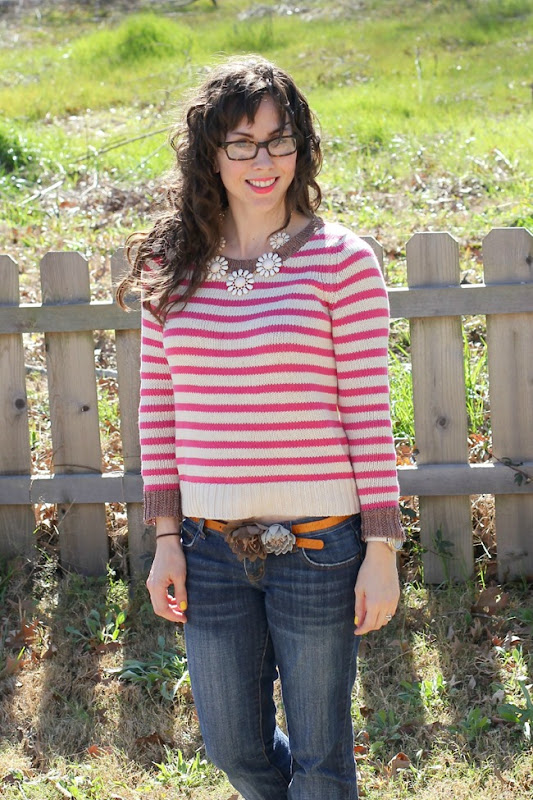 Honestly, I didn’t have time to fix my hair (not that it would have mattered if I had with the way the wind was blowing), and I didn’t even bother to put my contacts in, but I still look reasonably well put together because of the details like the flowers on the belt, and the dressier cut/rinse of my jeans—neither of which took any more effort than throwing on a pair of ratty yoga pants. 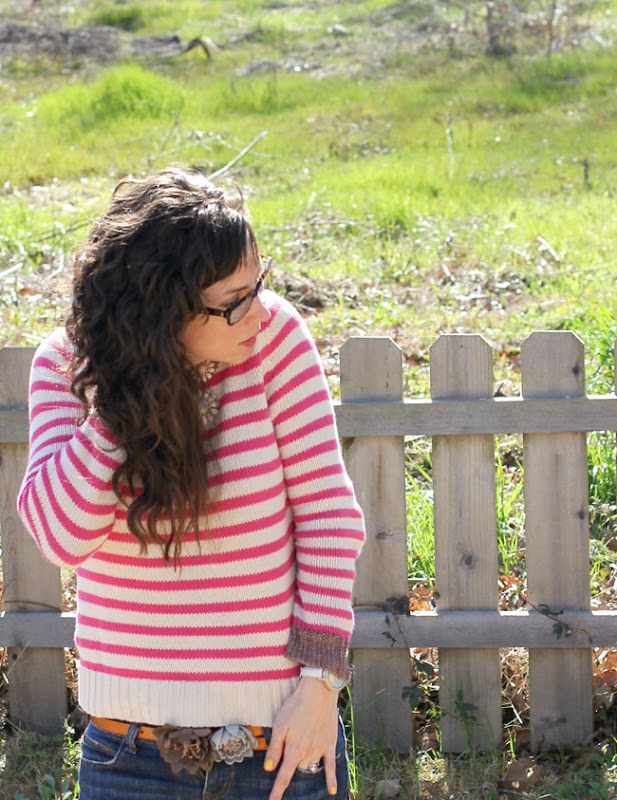 I don’t always take (or have) the time to do simple things like put on a coordinating necklace (especially if I haven’t put my jewelry back where it belongs and have to go on a treasure hunt to find it), but I do know this: people notice when I do. And it makes an impression—one that says that I care enough about myself and my family to not be the frazzled, ragtag mama so many expect me to be. And you know what else? It helps my mental state to feel presentable when I’m braving the world with my crew in tow. And it doesn’t have to be expensive (see the prices above?) or take much time (I literally walked in my closet, grabbed the pieces you see, put them on, brushed my teeth, and walked out the door; it was probably 7 minutes max).

Best of all, it often prompts the question, “How do you do it all?” To which, of course, I reply with a resounding, “I DON’T!” Followed up by, “What I do get done is by the grace of God.”

Plenty of people will assume I’m being trite. But I’m not. And, trite or not, if something as trivial as a decent outfit gives me the opportunity to give Him the glory, why not take it?

So, what about you guys? What are your casual-wear essentials?

Do you feel better or more confident when you’re wearing “real clothes?”

I’d love to hear your tips for putting together simple outfits that still feel like you actually got dressed.

Linking up: The Pleated Poppy

26 thoughts on “Wardrobe Wednesday: 5 Essentials for a Put-Together Casual Look”