At the beginning of this week, I said to Ezra and Simon:

They could tell by my tone of voice that it was going to be good, so they trained their little laser-beam eyes on me and said in unison, “WHAT?”

“Since you start school next week, every day this week, we’re going to do something special and fun to celebrate the end of our summer.”

They looked at each as if they’d just won the candy lottery and, with much jumping and excitement, said, “We start SCHOOL next week? YAAAAAAAY!”

So, I scrapped the whole thing, and we started school a week early.

Just kidding. Despite their obvious lack of appreciation for my efforts to eke the last bit of sweat-tinged goodness out of summer, we plowed ahead with Operation End Summer Right.

We started out with a trip to the drive-in movie theater. 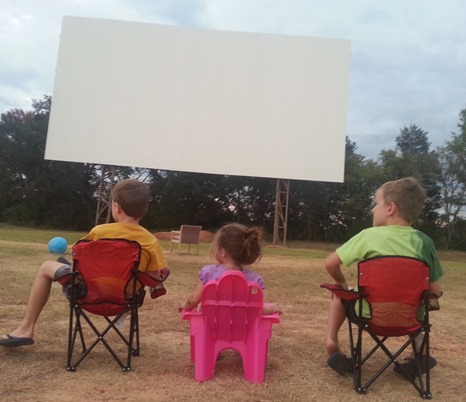 …where the weather for East Texas in August was downright pleasant (and the bugs did not swarm as much as they could have). Obviously, we had the place to ourselves, which is apparently what happens when you go on a Monday night that marks the end of everybody else’s first day of school.

Next up, we headed to the pool, where the twins were happy to be as long as I held both of them tight (I’m not sure I will ever recover from the hearing loss I suffer through every time I give them baths, so this was a victory). 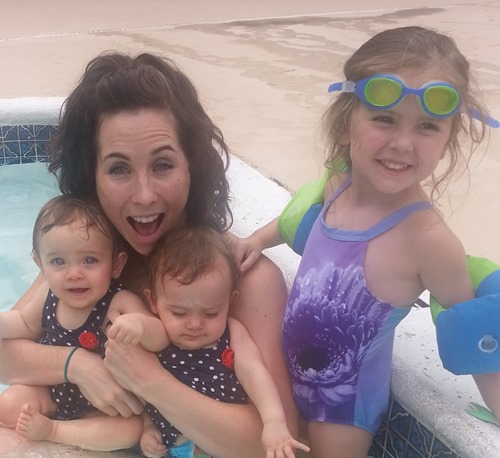 Day 3 was ice cream. In the car. And, yes, I know I’m a foolish woman. I haven’t inspected the backseat too closely, but I think almost all of it ended up in their bellies rather than on the floorboards. 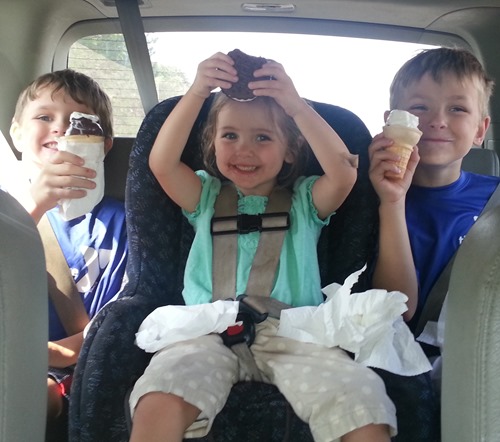 Yesterday was our most recent day of fun, and it consisted of a trip to the zoo. 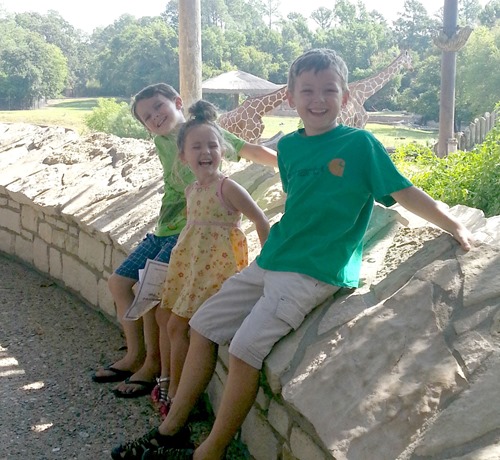 It’s hard to tell whether Della is laughing or bawling here, but I think it’s the former. Also, did you notice the giraffe conga line in the background? 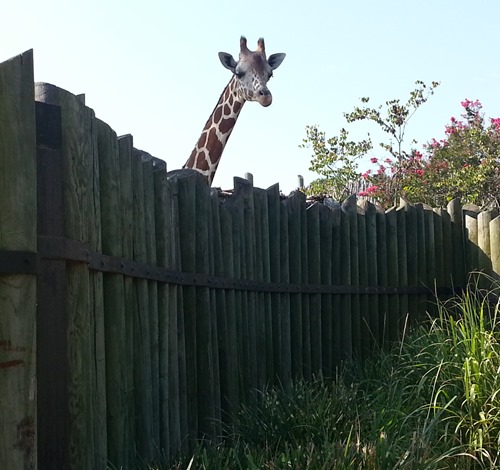 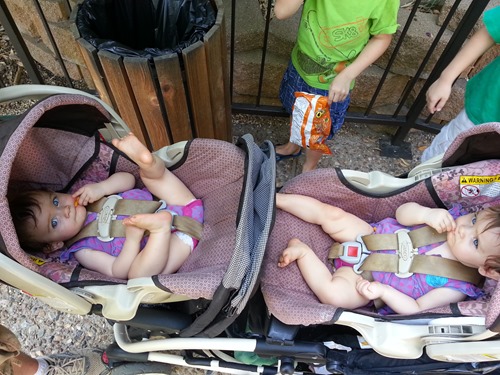 Not sure why I thought that the trashcan was a great place for a photo op of the twins, but I figured you’d take what you can get of their cuteness, so here you go. 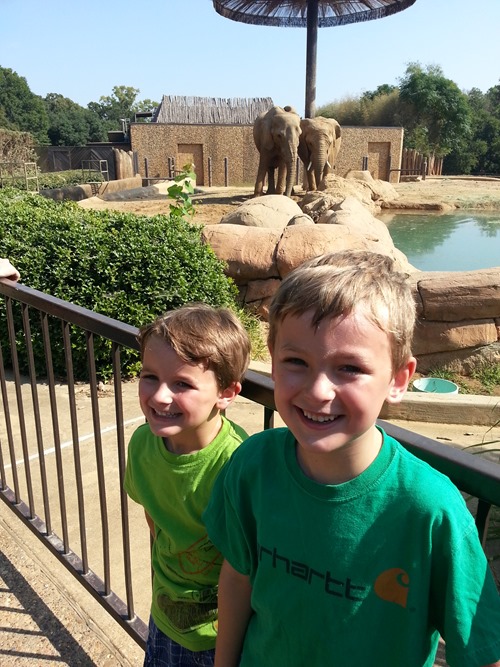 If the amount of photographic evidence of any single one of our outings is any indication, the zoo won the Most Fun award by a long shot. And that’s probably true. But all the pictures really mean is that Daddy was with us, which freed up Mama’s hands to snap away.

Which is how I managed to snag this keeper: 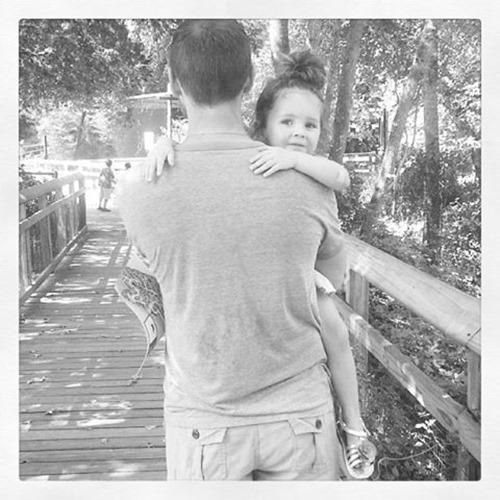 Oh, that man. He just makes my heart happy. (I think Della agrees).

So, that’s been our party week so far! The weekend is chock-full of fun as well. But for now, enough about our party. Let’s get onto YOURS!