Last Saturday, I got my last launch out of the way before the twins come.

And since we only introduce new moves and music every 3 months, there’s at least a chance that I could be ready for the next launch three months from now, depending on when the girls to decide to show up.

Not too shabby timing, if I do say so. (I may be singing a different tune 3 months from now). 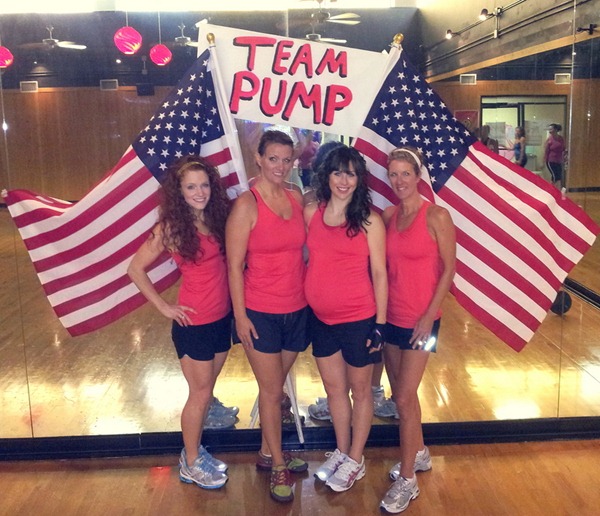 Tiffany (second from the left) is our gym’s resident creative genius. She has three boys, but she always manages to find time to make launches a little more fun with details like last week’s Olympic-themed décor. 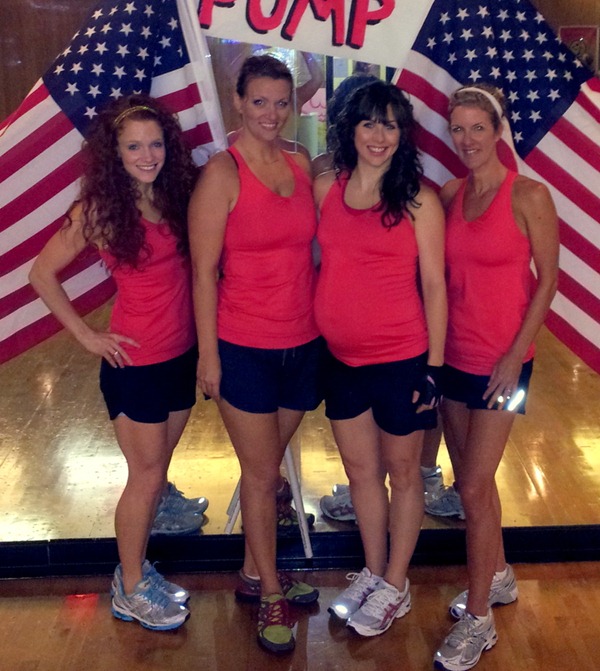 After BODYPUMP launch, Mandy and I had the chance to do something fun… 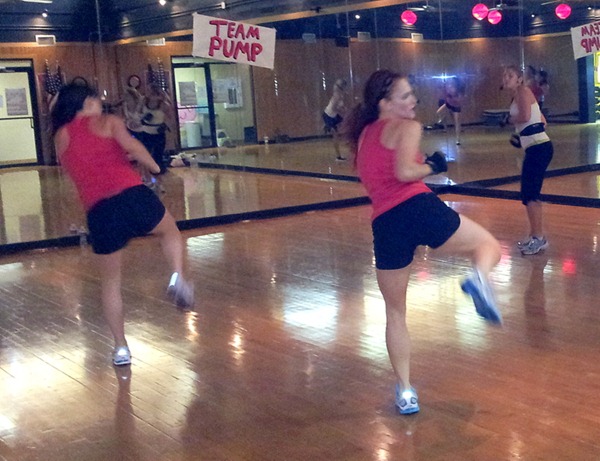 …and that was take rather than teach a BODYCOMBAT class. 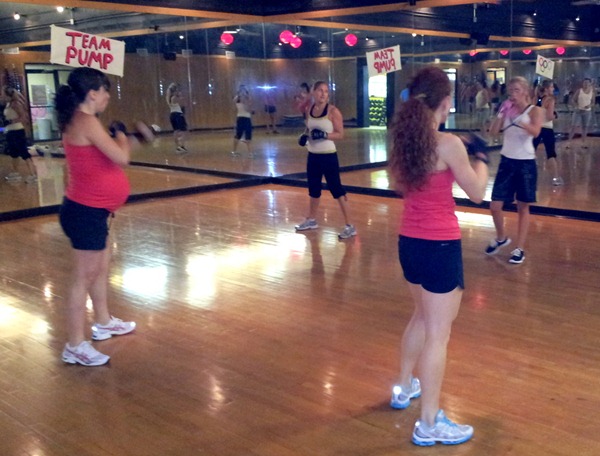 {It is very weird for me to see my belly in pics from angles like this; always makes me do a double-take}

We have two newly minted and trained BODYCOMBAT instructors, which is pretty awesome timing since I’ll be out for several weeks at least after the twins are born, and Mandy was going to be left with quite the class load on her own. 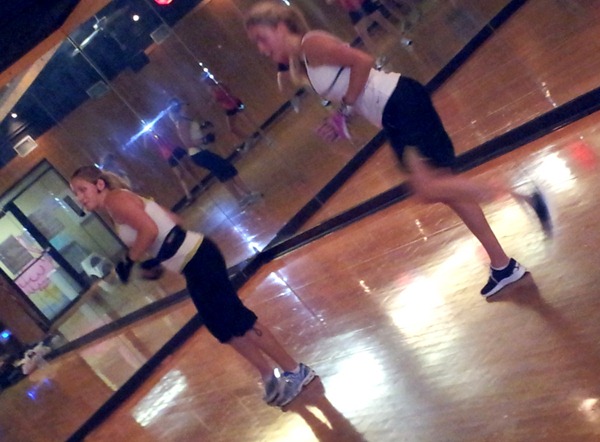 Gena (left) and Courtney getting a taste of punching, jumping, kicking, and yelling into a mike.

People have been asking me more and more when I’m going to stop exercising.

Things were aching and stretching, and my legs felt like absolute lead pretty much the moment I started running or pulsing. And that was when I still had some support from my abs.

But, even though, this time around, I haven’t experienced the 3rd trimester boost of energy that usually comes along with the nesting phase (boo!), physically, I’ve felt considerably less uncomfortable when I exercise than I could have possibly predicted.

With anywhere from 4-8 weeks to go (oh, I hope not 8), I can almost foresee making it all the way up to the end doing at least moderate exercise.

So, my answer when people ask me (with wide-eyed, worried expressions) how much longer I think I’ll be teaching or taking classes is now: “We’ll just have to wait and see. I’ll stop when it hurts.”

And, Lord willing, that won’t happen until the day when things start hurting for a completely different reason {shudder}.

Not looking forward to that part, but, man, I can’t wait to hold my girls!