If you’ve been following along here on the blog for any amount of time at all, then you know that I love me some exercise. 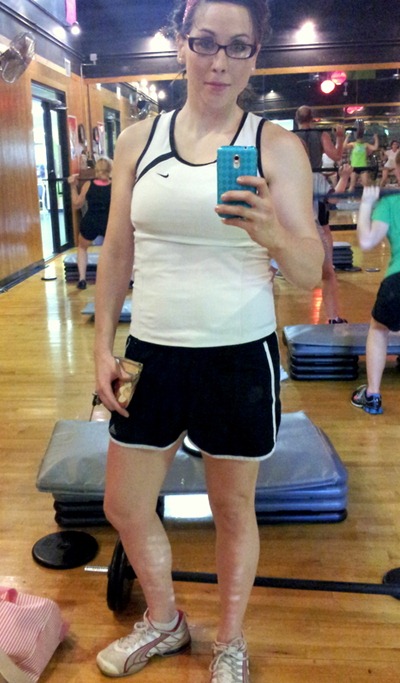 In fact, I’m certified to teach two different formats—BODYPUMP and BODYCOMBAT—both of which I taught the day before I started the five-day-long labor process that eventually produced the twins. 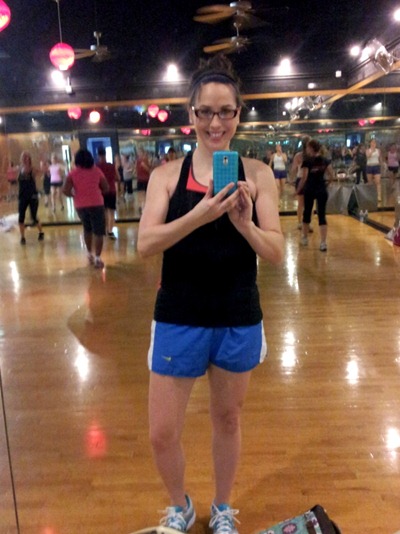 So, as you can imagine, while taking a month off after the twins were born was a nice break, it also drove me a bit nuts. 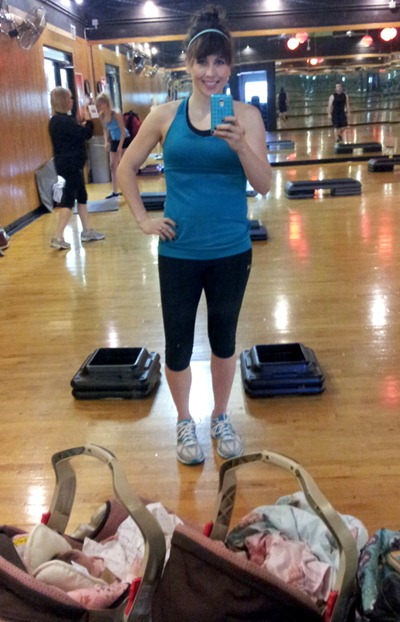 I’ve been back for about a month now, and even though I get almost as much exercise from The 5 Kid Workout as I do while teaching/taking classes, there’s just something about being back at “the gym” that feels so familiar and comforting.

A lot of that has to do with getting to exercise with my friends and teammates. 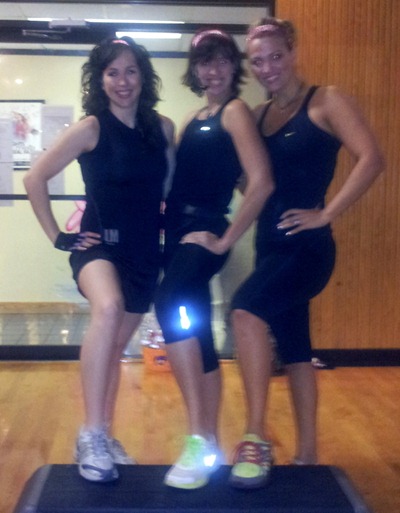 BODYPUMP (with half our team gone/injured; boo!)

{Not sure whose idea it was to do the whole leg-on-the-bench pose, but I’m going to vote “no” on that one next time} 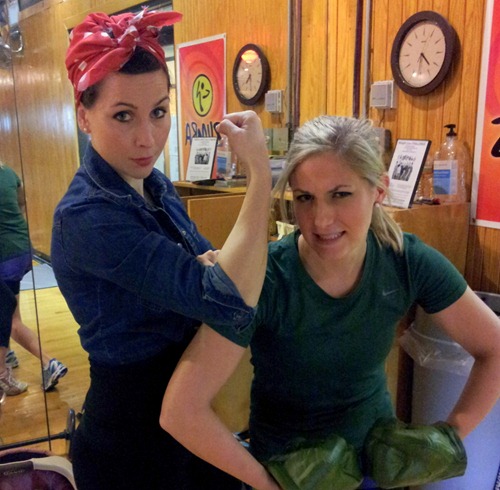 One of our new BODYCOMBAT teachers, Gena (aka The Hulkette) and I even had a blast dressing up for class on Halloween (and no, I did not wear that shirt while teaching; I would have MELTED!)

Of course, although everyone assured me they were glad to have me back at the gym, I think they were most excited to see my adorable little exercise buddies. 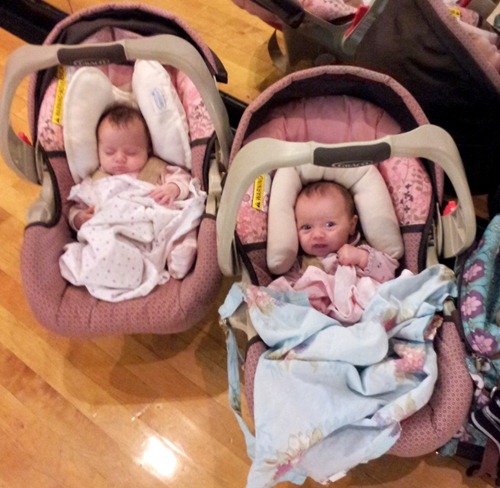 {Not sure why Nola looks so terrified; she was smiling just a second before!} 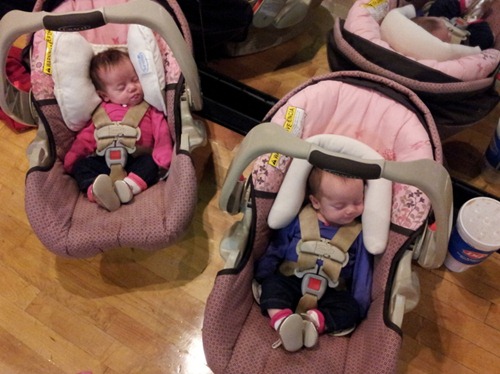 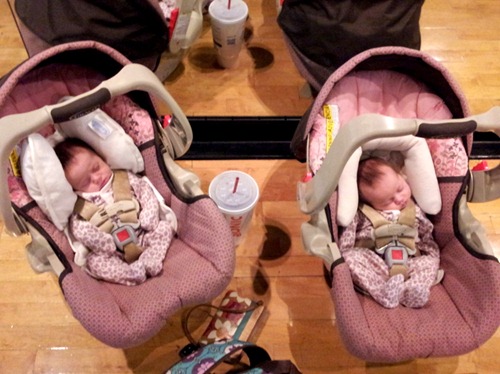 I know working out doesn’t make a lot of people as happy as it does me.

But there are plenty of reasons I love to get my sweat on at the gym (or at home)—the endorphin rush, the community, the challenge of building strength and endurance…

But I’m not gonna lie.

One of my biggest motivators is food. Specifically sweets.

I don’t eat perfectly healthy all the time, but I could forgo pizza, pasta, and French fries entirely if necessary.

{Okay, so yes, I can cut out sugar completely…I’ve done it…but it’s a sacrifice for sure}

So, I exercise to ensure that I don’t gain 10 pounds every time I bake a turtle cheesecake (which, admittedly, is a fairly rare occurrence).

And I’ve got a recipe for it I’ll be sharing with you tomorrow for Try-it Tuesday, which is done very  right indeed.

Which means you’ll either be sending me thank you notes or hate mail depending on the size of your hips after you try it. : )

Bring on the calories!