Okay, first I have to point out that my husband came up with the title for today’s post after I had trouble thinking of an all-encompassing description for it.  And it took him about .02 seconds to do it. I love being married to a clever wordsmith who can also fix my computer glitches and build a hall-length closet from studs to mudding/texturing in about 4 days (yes, that was one of our “projects” last week). Sorry, girls, he’s aaaaalll mine.

Anyhoo, I suppose I should stop advertising for a man you can’t have and get on with the business at hand, huh?

We don’t eat out just tons. Sure, there are periods of extreme busyness during which we find ourselves in the car more often than usual, which always translates into more pit-stops at our favorite (or at least most convenient) restaurants. But I’ve still been cooking all my meals for the week each Monday, which I luuuuurve. So at least Monday-Thursday are taken care of. But even when we do eat out or treat ourselves to something else non-homemade, I prefer to keep the tab as low as possible. After all, who wants to blow $20 every time you have a smoothie-craving? (something that’s crazy-easy to do with 5 littles in tow).

So, without further ado, I give you: 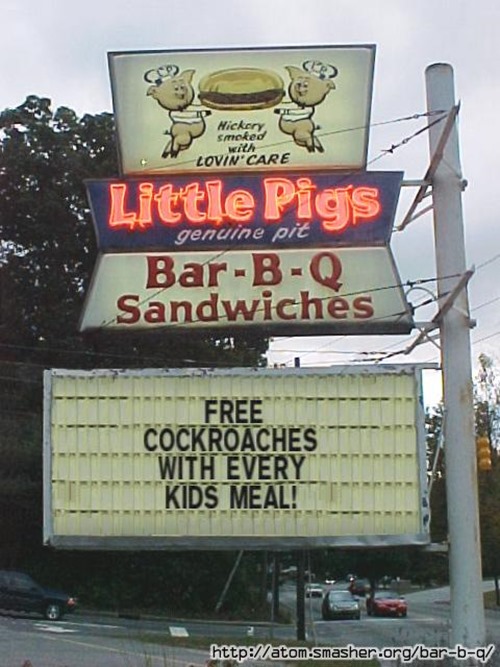 {Who could resist such an offer?}

Those of you with small children may be shaking your heads at such a rookie suggestion.  After all, at most restaurants, you pay close to $5 for a white-bread PB&J, 6 oz. of milk, and two apple slices. But hear me out. Because, while I think that buying individual kids’ meals for the munchkins is a way to spend major money fast, buying the kids’ version for yourself at a fast food restaurant is actually a money-saver.

I’ll give you my favorite example.

Chick-Fil-A (which, yes, can primarily be found in the South…so, so sorry, Northern friends!) has a “sandwich kids’ meal” that doesn’t even show up on their menu, and here’s what you get:

That’s a full-sized meal, dessert, and a drink for…wait for it…approximately $4.50 (because it’s not officially on the menu, I have found that the method for ringing it up and reaching the end total varies from store to store and can end up being a little less or more depending on where you are).

Both Dairy Queen and Braum’s are other great examples, offering a decent-sized burger (which you can load with adult-quantities of veggies and condiments), a reasonable quantity of fries, a drink, and a treat—all for less than $4.

Are these super-healthy options? Um, negative.

However, for an occasional treat or quick meal on the go for not much dough, it’s hard to beat.

{Clearly, these kitties understand that sharing is caring}

My children are learning from a very early age that the term “MINE” is practically a nonexistent word in our vocabulary. We share everything…including especially food.

Example: I loooooooooove Coke Icees. It’s one of the few items that will tempt me to “drink my calories.” I average about 1 every week and 1/2. And although my children never drink anything other than milk, water, or watered-down 100% juice at home, I do occasionally let them join me in my Coke Icee indulgence after a particularly long round of errands in “town.”

If I were to buy my older kids their own Icees, they would be consuming 14 oz. each of sugary bad-for-them-ness, and—my drink included—the total would exceed $5.

So, instead, I keep extra cups/straws in the car and buy only one of the largest sized Icee to divvy up between us. That’s 32 ounces split 4 ways (although, the kids definitely get less than Mama), and there are several gas stations in my city that have a constant $0.99/any size special.

Do we get less? Yes, but that’s a good thing! And for 1/5 of the price, we get a nice little treat without OD’ing on the sugar or the price tag.

Runner-up: We love ordering the Chicken Crisper adult meal from Cheddar’s to split between our three oldest. It comes with a massive amount of chicken plus two sides for about $7.50. All three kiddos get full, and we usually have some to take home.

Go with bottomless appetizers (to-go too!) 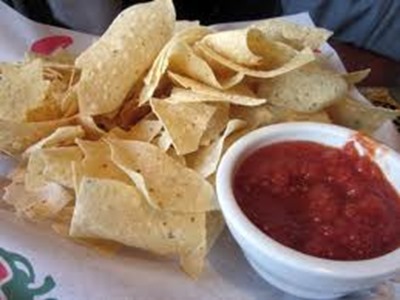 With a big family, one of the best money-savers when we eat out is going somewhere with lots of “complimentary,” or at least cheap, appetizers to take the edge off the hunger, so we don’t over-order for the main meal.

And there are puh-lenty of options for complimentary bread or chips.

Our favorite thing to do recently is order Chili’s chips and salsa to go. You get a really big bag of chips that they fill completely to the top (as opposed to the expanse of empty space at the top of every store-bought version I’ve ever encountered), and you can ask for multiple containers of salsa at no extra charge (because it’s “bottomless” when you eat in). It’s so much fresher and tastier than store-bought chips and salsa, and it always lasts us at least 2 meals (with some snacking in between) for only $3!!!

We have a Sam’s Club membership, and, while we’re not there every week, we definitely have certain items we stock up on regularly that more than pay for our yearly fee. Ezra, Simon, Della, and I all eat Raisin Bran every. single. morning. (Apparently, we’re all old-at-heart). And, while it’s pretty easy to pay $0.20/oz. for Raisin Bran at Brookshire’s, the Sam’s Club price is a mere $0.09/ounce. It’s practically the cheapest cereal (name brand or otherwise) that I’ve found anywhere.

Another favorite is gum. 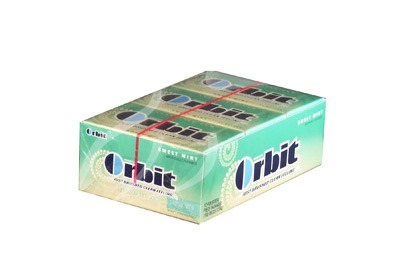 It’s my go-to “bribe” or reward for the kids for small accomplishments. And I like it a whole lot too. In fact, I used to be addicted. About 10 years ago, I had a pack-a-day habit. Gasp! (I know). And that can add up fast—especially if you end up snagging a pack for $1.70 at the gas station every time you realize you’re out. Even the grocery store versions cost at least $1 each.

But if you buy gum in boxes from Sam’s (or another bulk food store), it brings the total down to anywhere from $0.60-$0.70 per package. Which is totally doable—especially since our entire family only consumes a pack every 3 days or so.

Get the ice to go 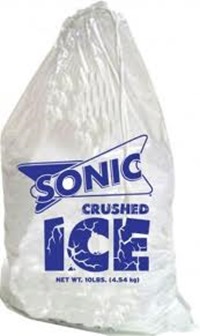 If you’re a Sonic Happy Hour addict (I’m not, but I have frequented it at times more than others), then you might be thrilled to know that they will sell their “pellet ice” for about $2/large bag (I think it’s a 10-pounder). Outside of the caffeine kick or sugar rush, from what I can glean from friends’ comments, the number one reason for a twice-a-day “cheap drink” habit seems to be those awesome nuggets of crunchy, icy perfection that you just can’t get at home.

Except now that you know you can take the ice to go, you can! Because even at “only” $1/large drink, that’s a bill that can give you chills pretty darn quick (get it? chills? because it’s ice? ahem).

I could go on, but I’d love to hear from you. Because I know you guys have some awesome tricks up your sleeves for saving moolah when you’re buying instead of making your food and treats.

What are your favorite tips and tricks for saving your money where your mouth is?

P.S. Did you SEE that Texas-sized giveaway from yesterday? It’s so stinkin’ awesome, I’m actually having a debate with myself about the ethics of having my husband enter to win (okay, not really, but it’s sooooooo tempting!).

Disclaimer: I am in no way associated with or endorsed by any of the brands I mentioned today. They just so happen to be my faves.