Last year, when we went to Lake Livingston, Donna, our wonderful, thoughtful, super-energetic hostess, also doubled as our photographer to take some family pictures for us down on the pier one evening. I had thrown some somewhat coordinating outfits in our bags at the last second, and we managed to get some cute shots.

This year, I was determined to at least try to replicate that lake pier shoot, even though we didn’t have anyone to take the pictures. A camera with a self-timer is a wonderful thing, no?

Problem was, the weather kept being uncooperative. As I mentioned yesterday, watching a storm is cool and all, but it’s not exactly conducive to picture-taking.

In fact, every evening during the “golden hour,” either something would come up (aka: we were too busy watching something fascinating about sharks) or the sky was dull and very un-golden.

Finally, the morning we were leaving, the sun was just right for pictures, so I hustled everybody into cute clothes, slapped some makeup on my puffy morning face, and we all headed down to the pier to pose.

Sadly, I completely forgot to account for the outside humidity and how drastic the change in temps would be between the indoor, air-conditioned space and the muggy, warm outdoors.

So, yep, my camera lenses fogged up. We didn’t have just tons of time before we had to skedaddle back home (Shaun had a flight to catch for a work trip), and even if we had, having your kids hang out on a pier in their clean, cute clothes while you wait for a camera lens to unfog and try to keep twin toddlers from tripping off the edge is pretty much a fool’s errand.

So, we snapped away anyway in hopes the cloudiness would wear off quickly. It didn’t really, and several of these shots are hazy as all get-out. But we took them, darn it. And I’m showing them to you! So there. 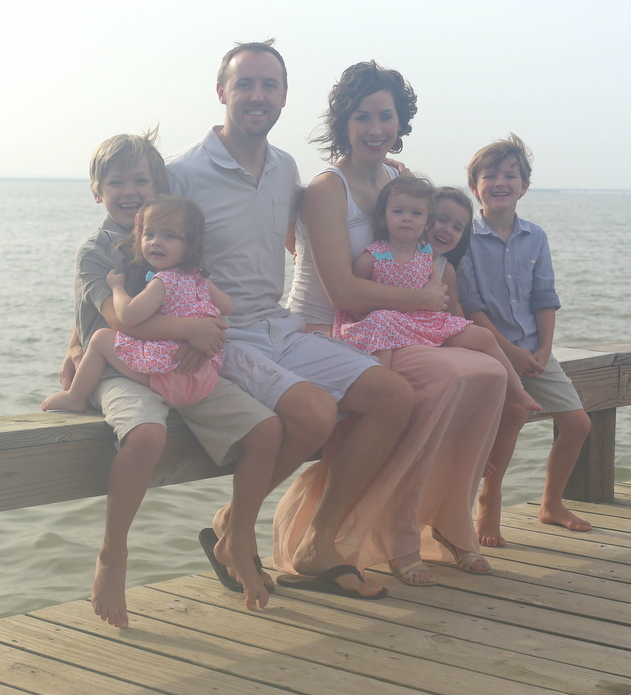 I’m pretty bummed that this one didn’t come out clearer. Every single last one of us is looking and looking pleasant, and that is a miracle of such epic proportions that I don’t expect a repeat until…well, maybe ever. 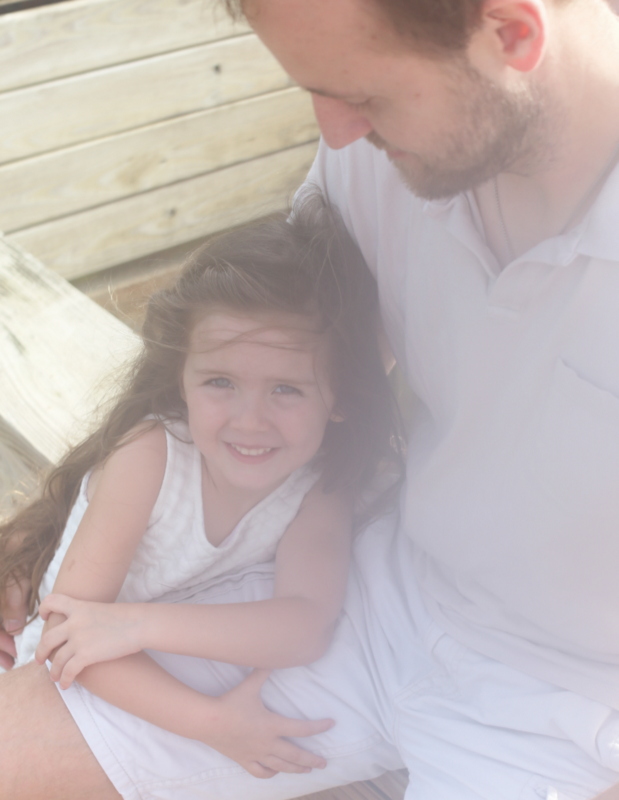 Same here with the bummed-ness. Definitely would have been a framer (darn you, humidity!!!) 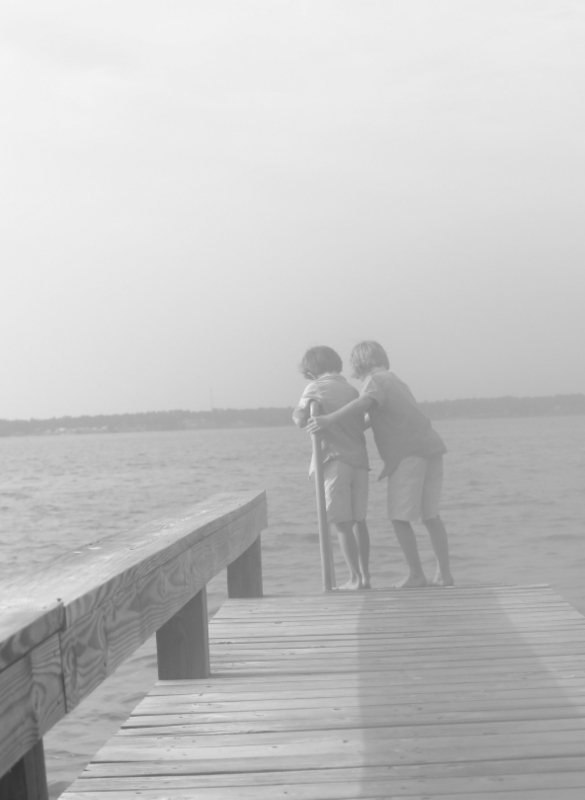 We’re going with this b+w shot of the boys being “artsy,” but we all know it would have been loads better if it weren’t foggy. 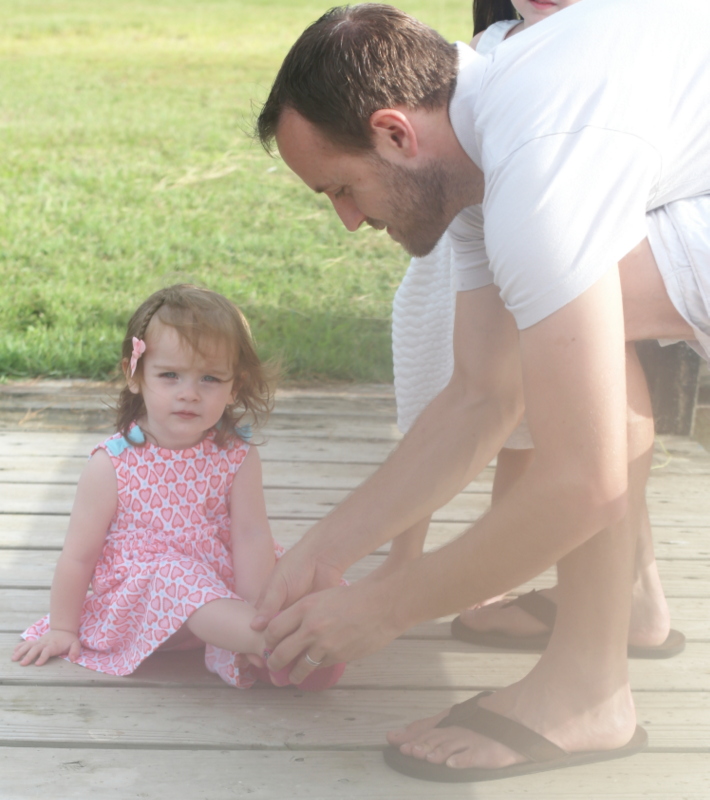 Things finally started clearing up a bit right about the time the twins lost all patience for photos (of course), but I still managed to get a few okay shots before the weeping and gnashing of teeth commenced. 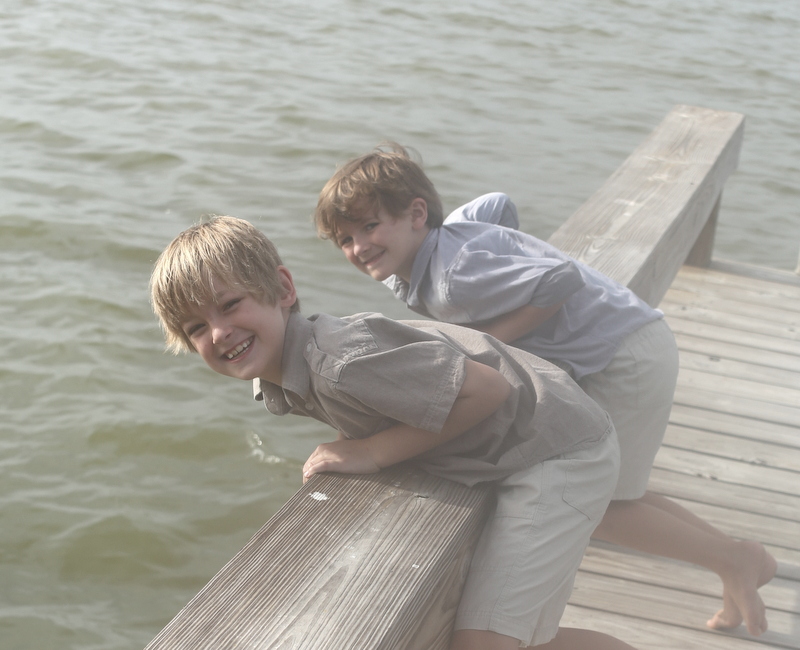 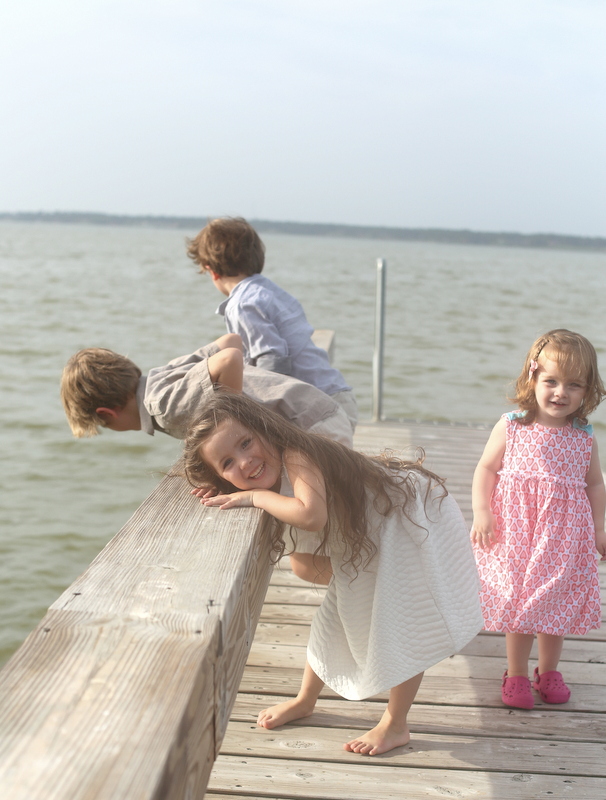 Evy wasn’t in this shot because she was busy doing this. 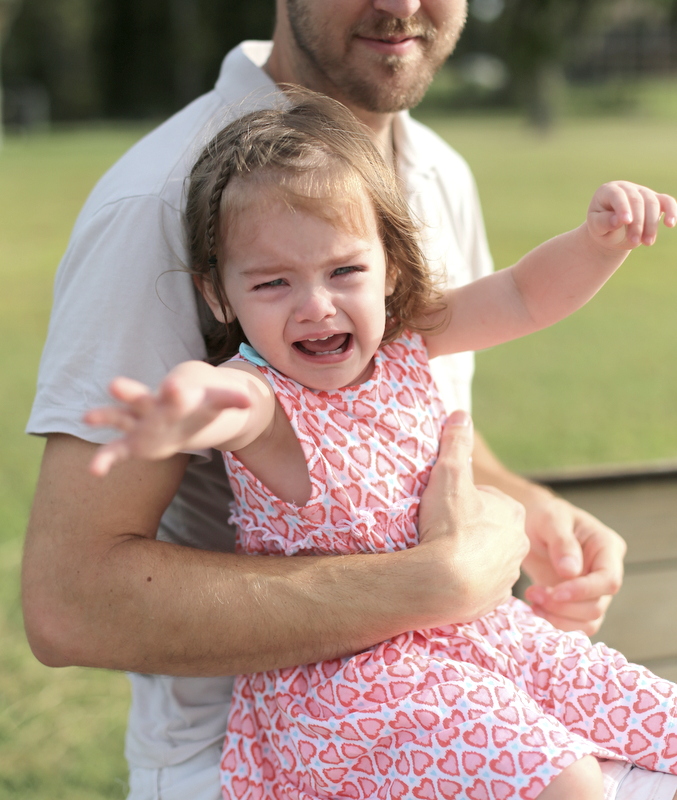 Poor thing had a major flare-up of allergies and had puffy eyes and a runny nose for half the day. 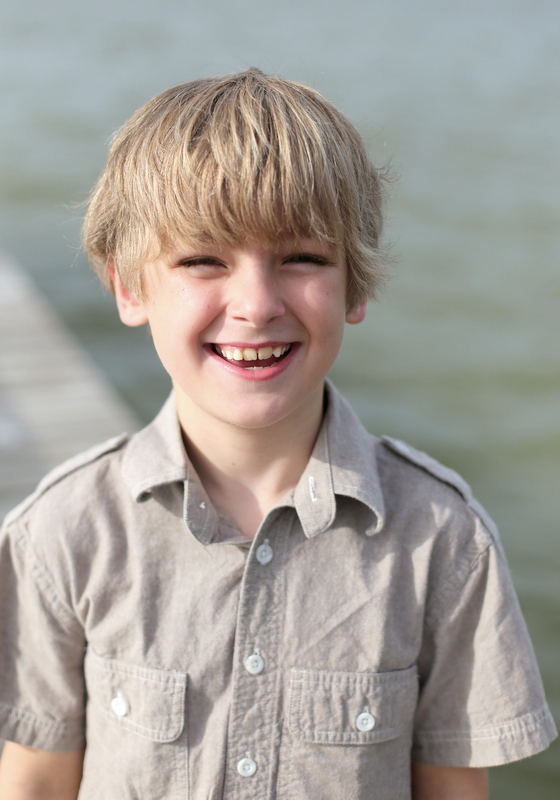 I am happy I got this one of Ez. Such a fun, cool kid. (Side note: he insists that he lost three top teeth, but only two replaced them, which totally freaks me out about where the third is lurking. Anybody else had this happen?) 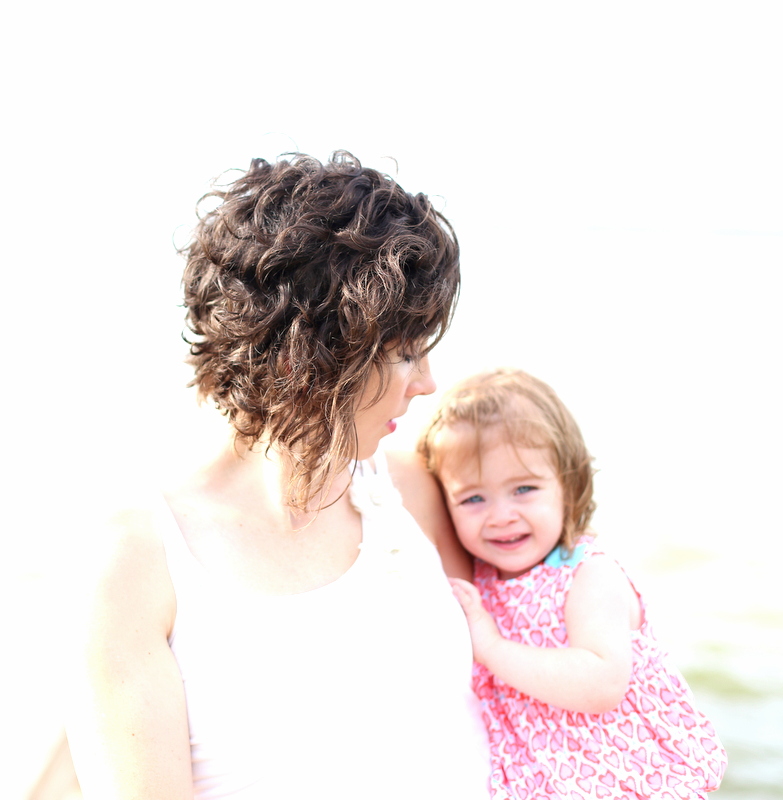 Another almost framer, if Evy weren’t so puffy and miserable-looking, sweet baby. 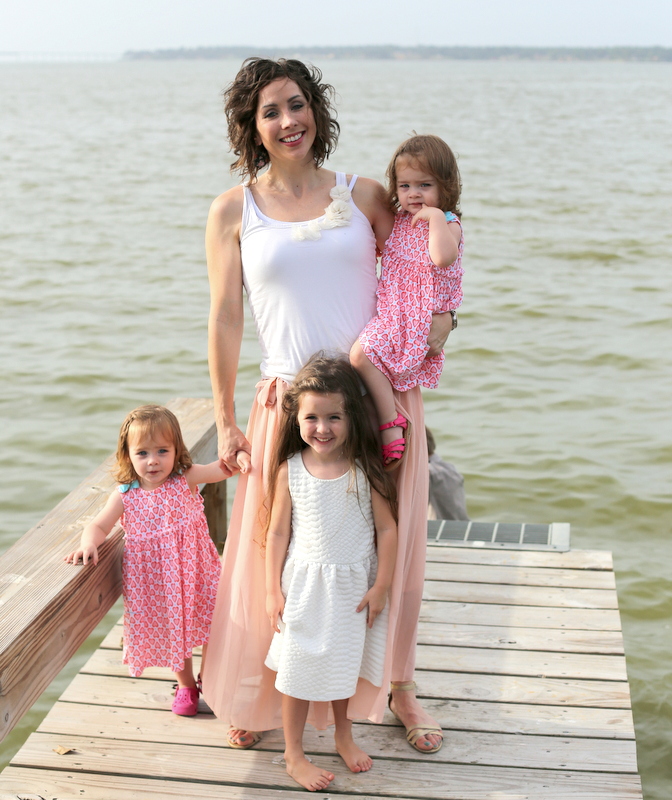 This one, though. This one is definitely going on a wall somewhere. Oh, how I love my girlies!

I suppose we’ll just have to keep going back to try again. What a hardship that’ll be!