Until I actually read about what defines the terms “extrovert” and “introvert,” I always assumed that I was an extrovert because I am talkative, expressive, and downright goofy sometimes. I’m not the least bit afraid to speak in public. And I like people. (Mostly : )).

In other words, I’m not shy.

But I don’t love crowds. I don’t naturally go out of my way to introduce myself to new people, and that part in church where they make you stand up, turn around, and greet everybody always makes me feel a bit twitchy.

Also? I really like being by myself (which is hilarious since I am almost never fully alone). Shopping, watching a movie in the theater, doing chores–it’s all good. I remember a vacation with my family when I was 20 or so where I spent a good chunk of it by the pool, completely alone, reading my book, and it was heavenly.

As much as I love a good party, I wouldn’t say that just being around people recharges me, which seems to be one of the banner qualities of a true extrovert.

All of which means that I don’t really know what I am. But regardless of labels, I do know this: when I tried to organize a trip to Dallas with some friends, and it kept not working, and I finally decided to just go ahead and go all by my lonesome, it was not a daunting prospect but rather an exhilarating one.

So, a few weeks back, I dropped off my kids at my awesome Mama’s house and set off for the Big D, armed with a list of specific places I wanted to visit and things I hoped to find (mostly for the house).

And you know what? I loved every second of it. I loved the drive in silence. I loved browsing the clearance racks at my own, pokey pace (seriously, don’t ever come shopping with me if you’re in a hurry; I’m a dawdler). I loved eating exactly what I wanted when I wanted. Some friends of ours let me stay at their house for the night, even though they weren’t there, and I even loved sleeping in someone else’s house all by myself. The better to raid their underwear drawers, right? (LISA! I’m kidding!!!! I did not open any closed doors except the refrigerator and pantry…thanks for the cereal + milk, by the way!).

Although, I did take a peak inside her kids’ adorable rooms and even snapped a few pics to share with you guys (with her permission, of course). 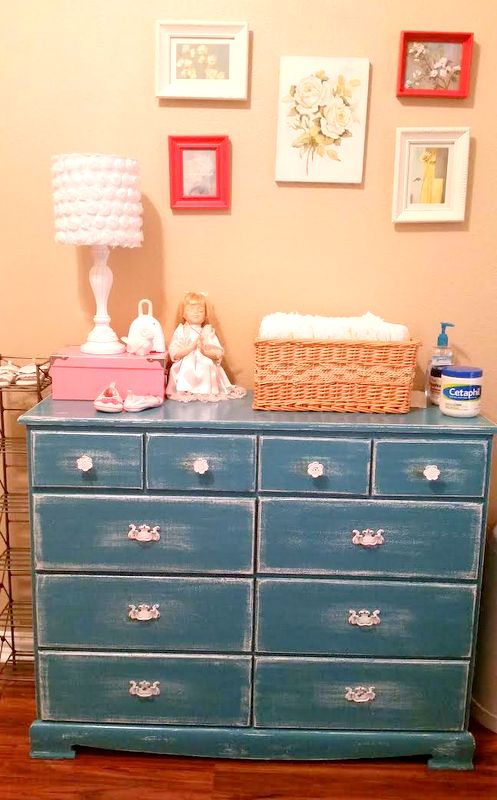 Isn’t that teal dresser divine? But wait, it gets better. 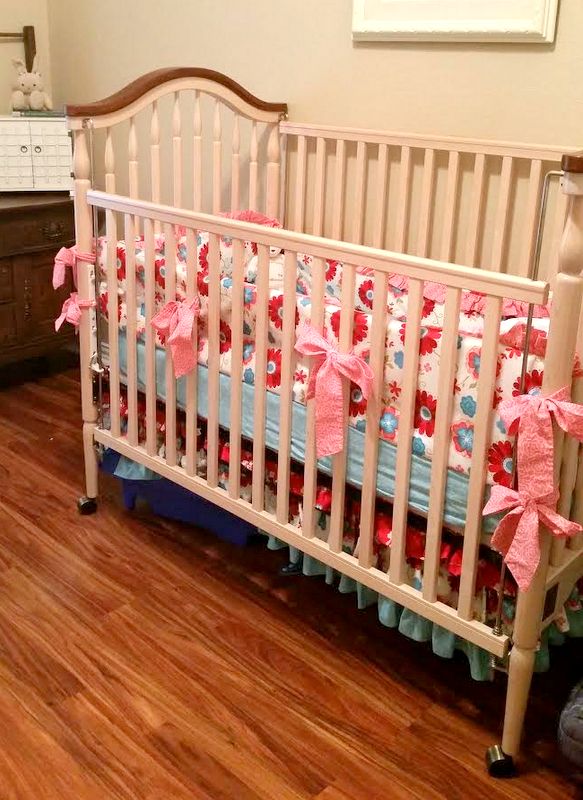 See that ah-mazing bedding? Lisa made that, triple-layered ruffle bed-skirt and all!

Before I even left for Dallas, I stopped at my favorite nail salon (that I hadn’t been to in at least 6 months), and this happened. 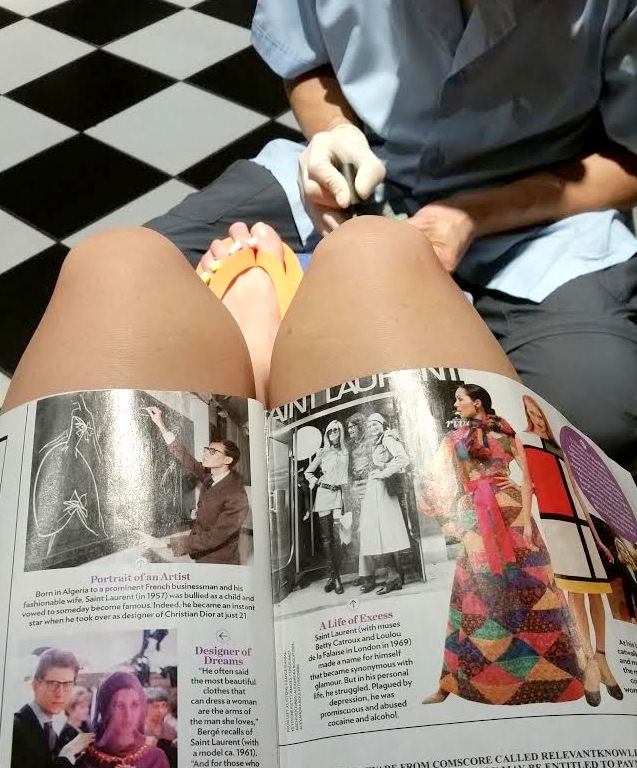 The guy doing my toes was hilarious because he overheard my neighbor asking me about kids, and once he heard how many I have and that I had one on the way, he proceeded to inform me about all of the lucky numbers that I should strive for and the sketchy ones I should avoid (apparently, 7 and 9 are good, but I should by no means stop at 6 or 8…oooooookey dokey).

We have a small outlet mall between us and Dallas, so my first shopping stop was the GAP, where I discovered this: 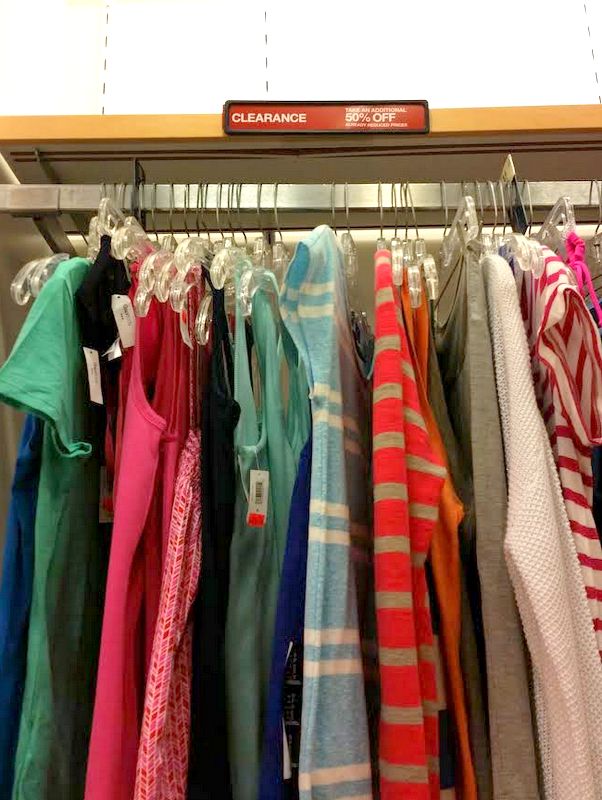 An additional 50% off clearance? Um, yes. I ended up buying two things for myself (one of which was a pair of white, stretchy, majorly vanity-sized capri jeans that should fit throughout my pregnancy all while “telling” me that I am a very skinny girl, indeed. I don’t usually like being lied to, but I’m pretty okay with it if I’ve paid a whopping $13 for it) and managed to find something for everyone else in the family, except Little Bit.

Even though I spent a long time gazing lovingly at this rack, I just couldn’t seem to find something I quite loved. 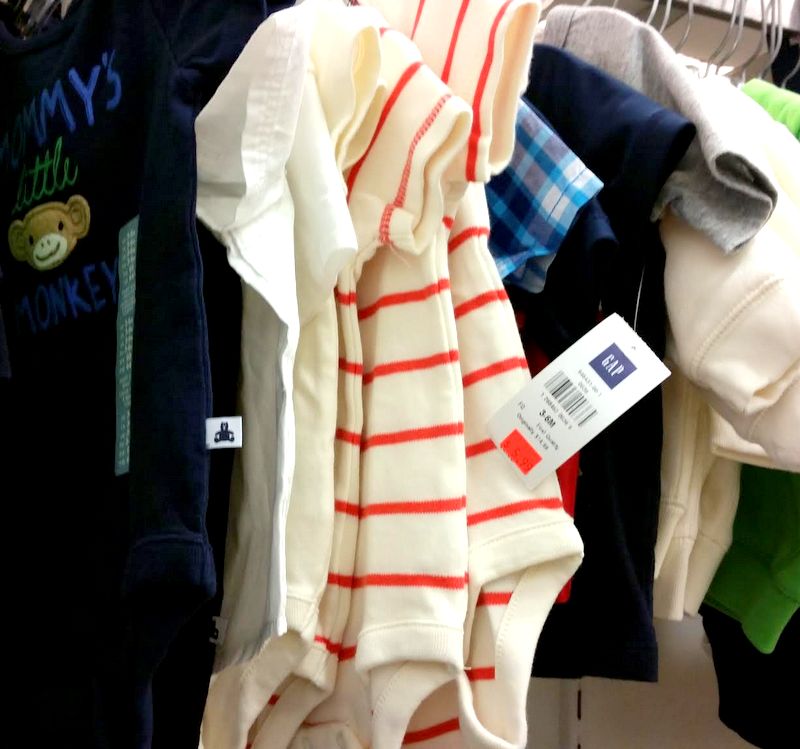 Oh, and before I went to GAP, I ate half of this (and then inhaled the rest afterward; thanks to that whole pregnancy phenomenon of filling up really fast and then being hungry again 30 minutes later): 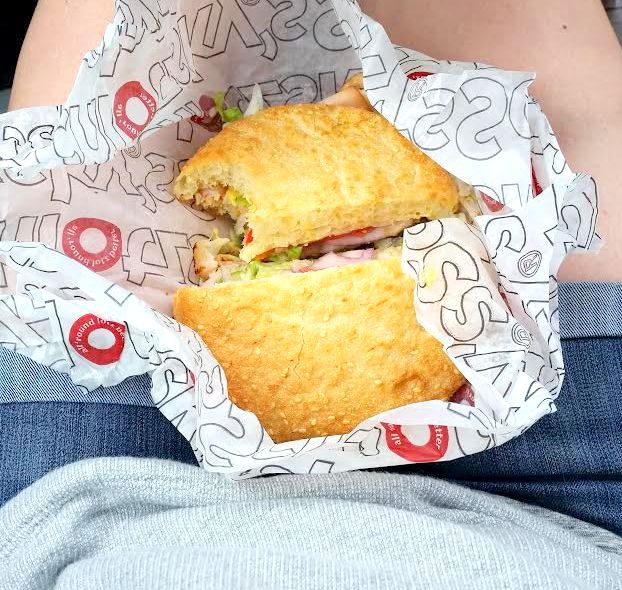 I got a late start on the trip, so by the time I finished with GAP and made it all the way to Dallas, I only had time left for one other store.

So, naturally I chose… 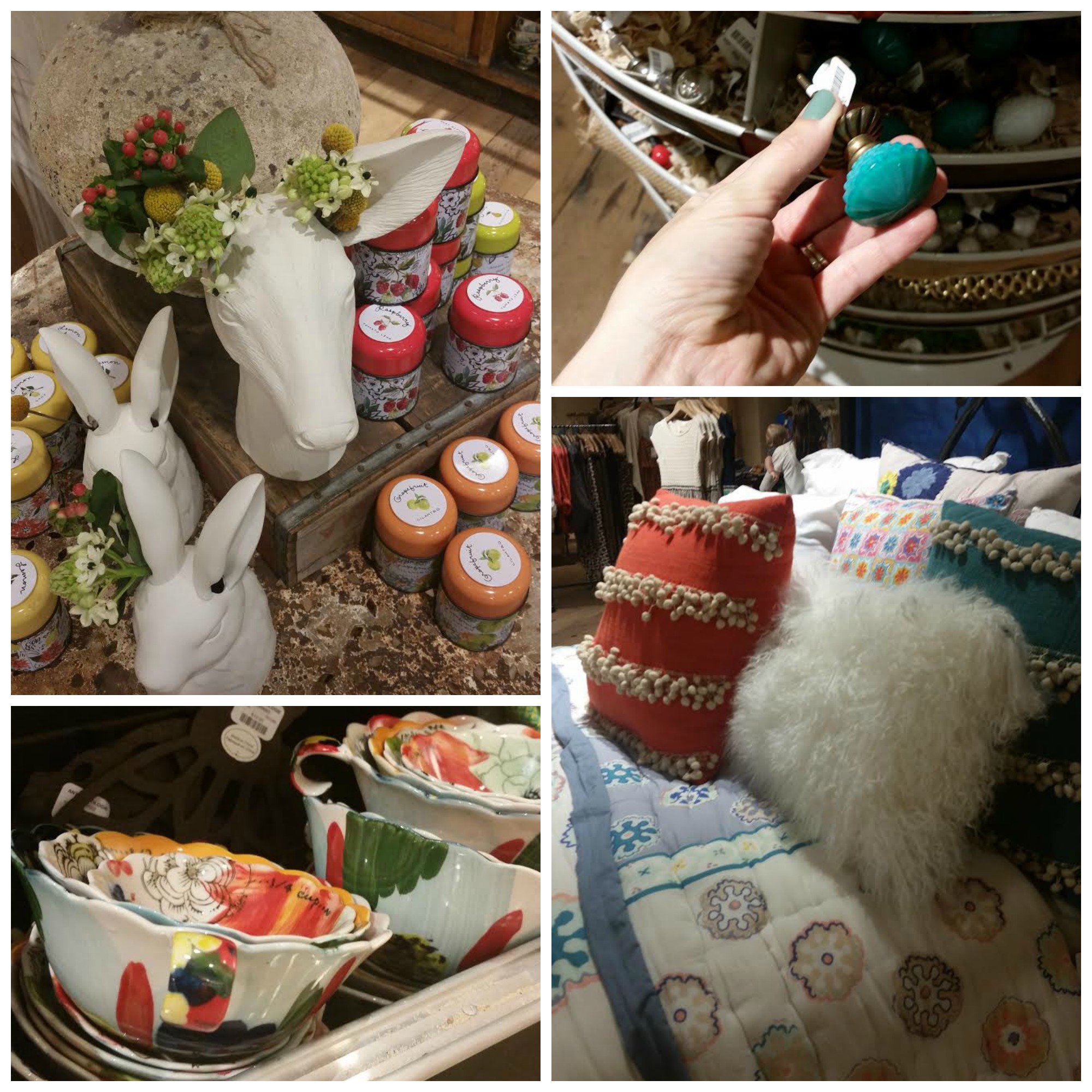 Yup, that would be Anthro. I don’t think there’s a single other store I’m as content to browse in without buying.

I ended up only getting two tiny jars for $8 (total), but I strongly considered these: 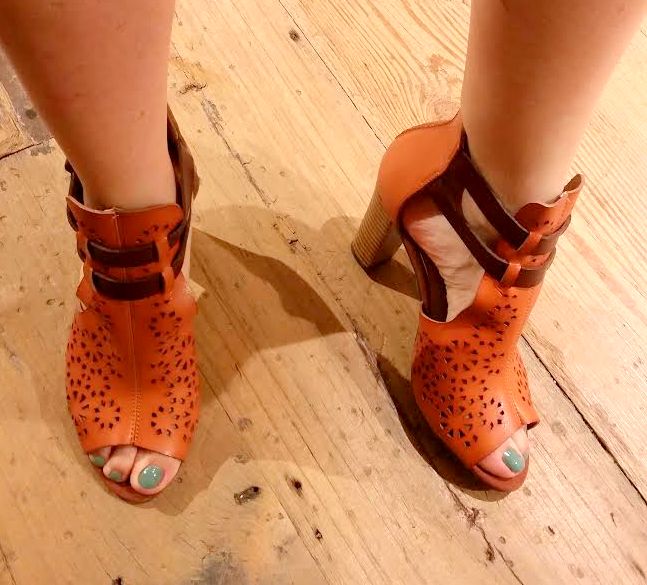 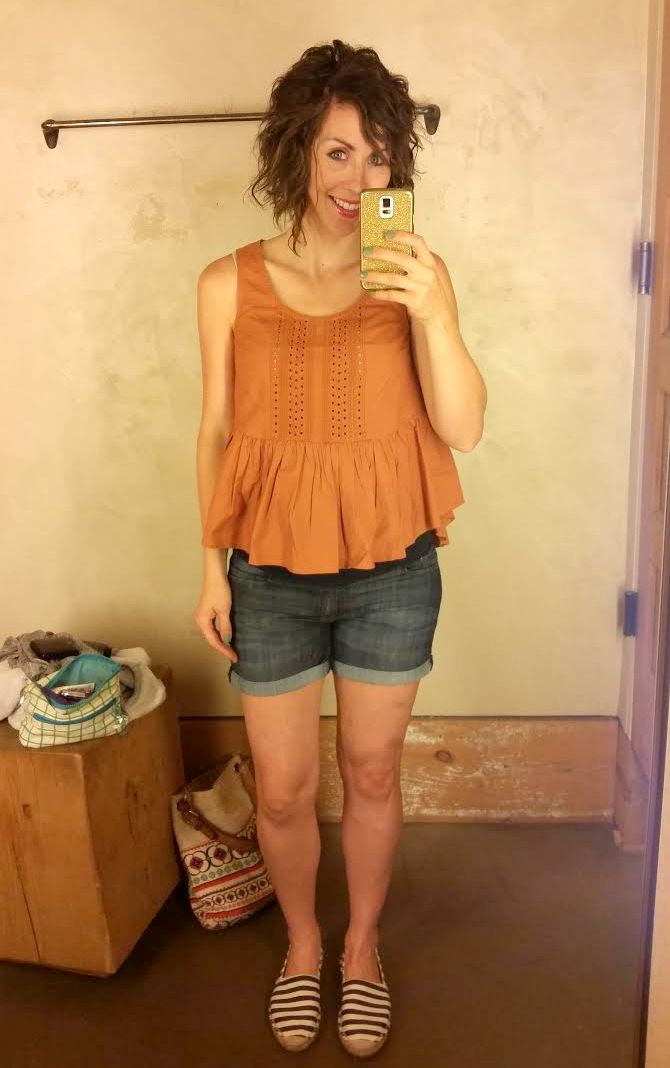 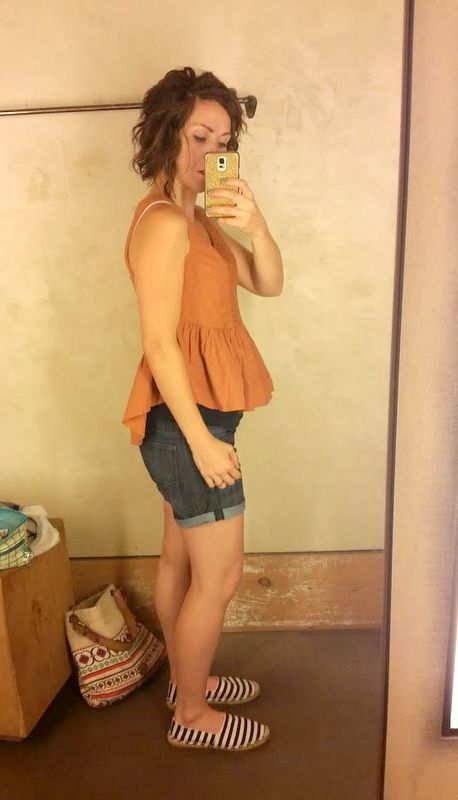 Which, coincidentally, matched each other perfectly.

Ultimately, though, I couldn’t stomach the (deeply clearanced) price tags, so I passed.

After a wonderfully uninterrupted night’s sleep, I set off for World Market, whose wares I’ve long admired online but which I’d never actually visited in person.

I wasn’t as impressed as I’d hoped to be, but a few things did catch my eye. 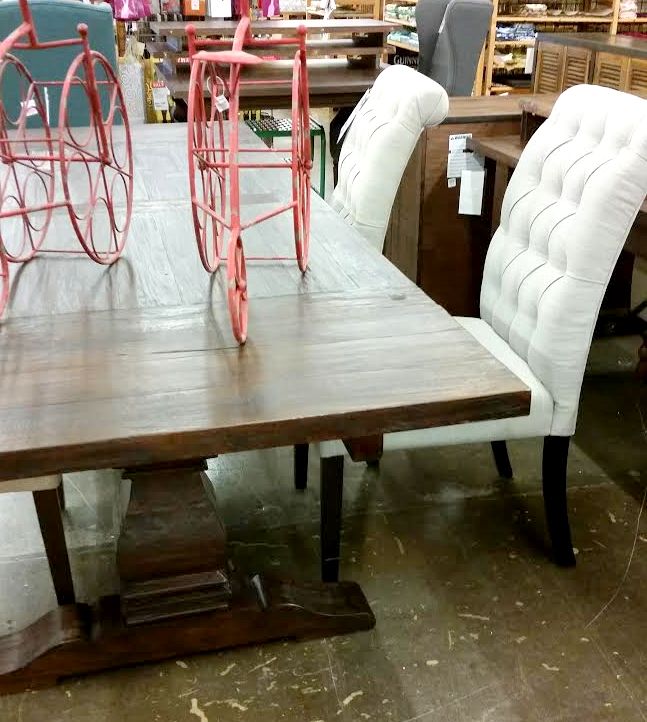 And this quirky lion plate. 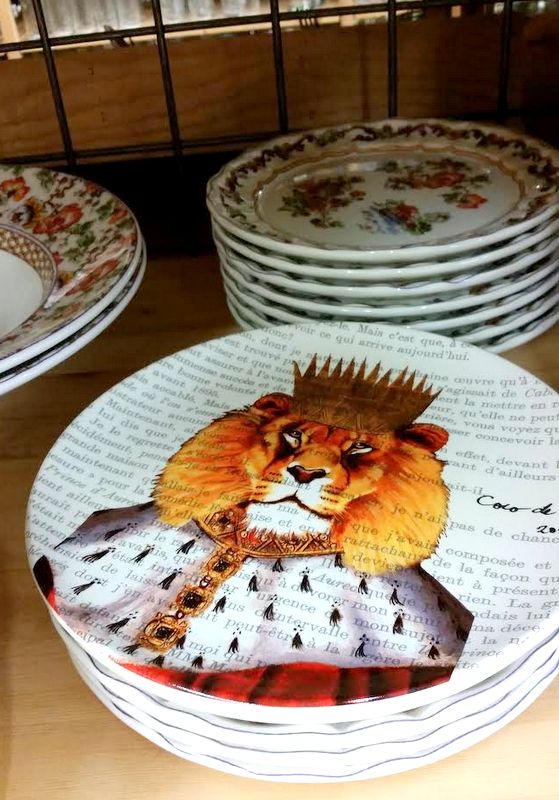 Not to mention this colorful pillow. 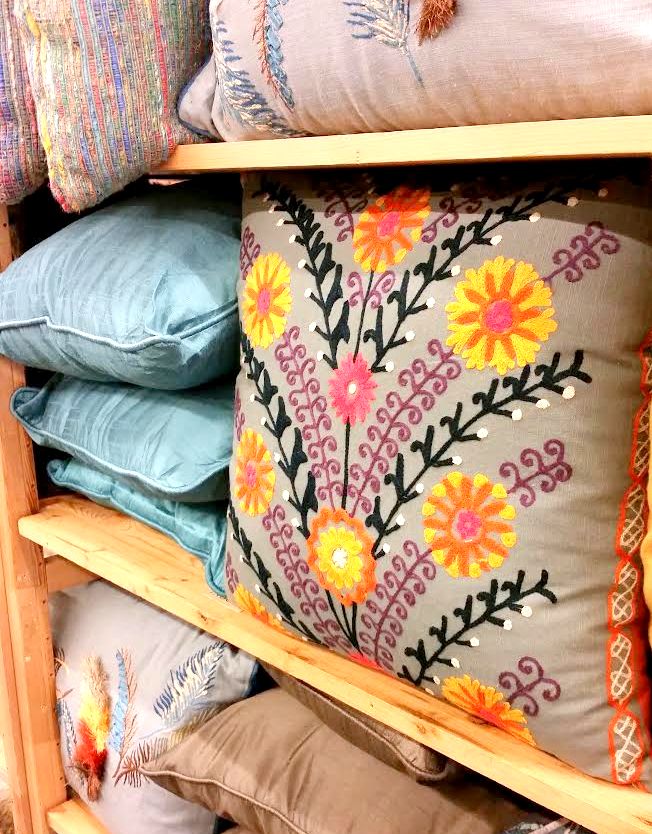 But, ultimately, the only thing I couldn’t live without was this: 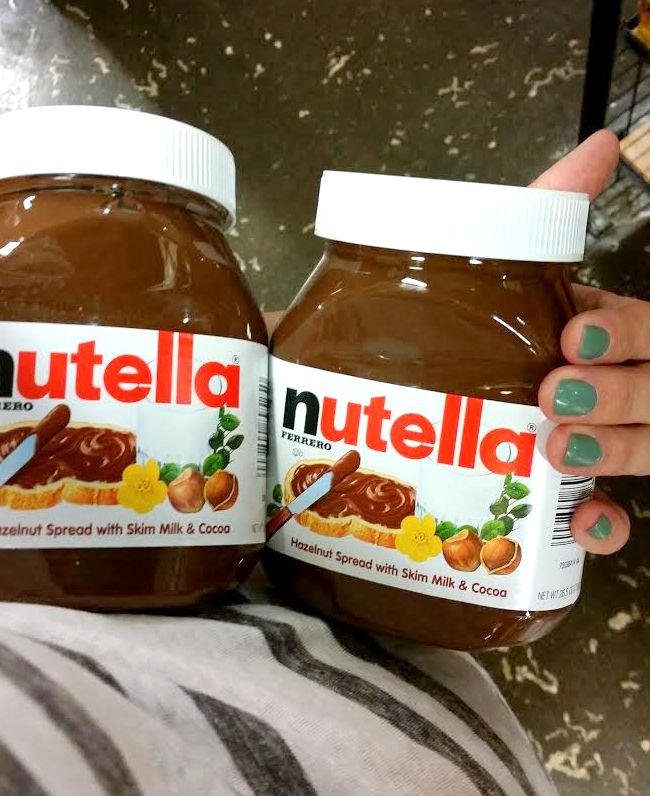 Why, yes, those are two large jars of Nutella. From World Market. They were 50% off, y’all–a total steal!

After World Market, I headed to Ikea, which was a madhouse. I’ve only ever been to Ikea a grand total of maybe 6 or 7 times, but it’s been a madhouse every single time. So, apparently, I should stop calling it “madhouse” and just say, “I went to Ikea. It was normal.” 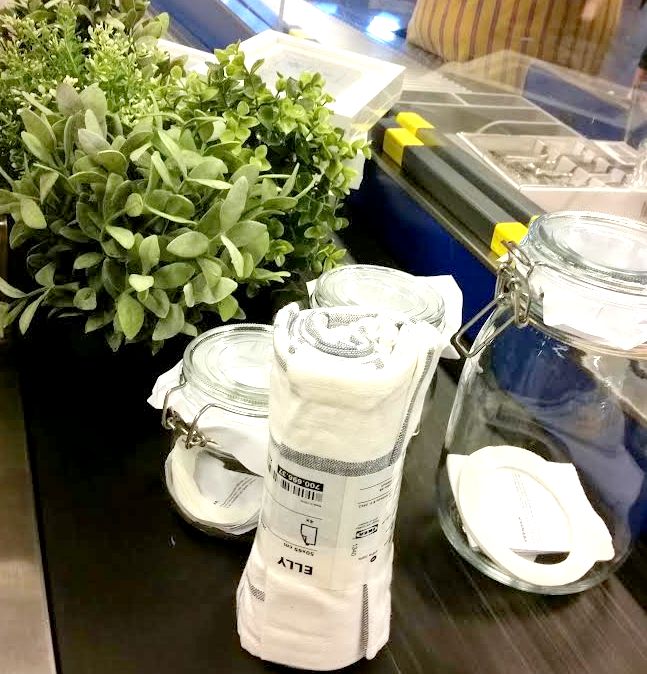 In keeping with my theme of sparse, rather unconventional purchases, I ended up at the checkout with only these items, all of which are conspicuously neutral and classic for a lover of funky color like myself. What can I say? I like classic too. (And Ikea’s fake plants = pure awesomeness).

I didn’t end up finding much of anything on my list, but I did make one surprise discovery on Craigslist that wasn’t even on that list. 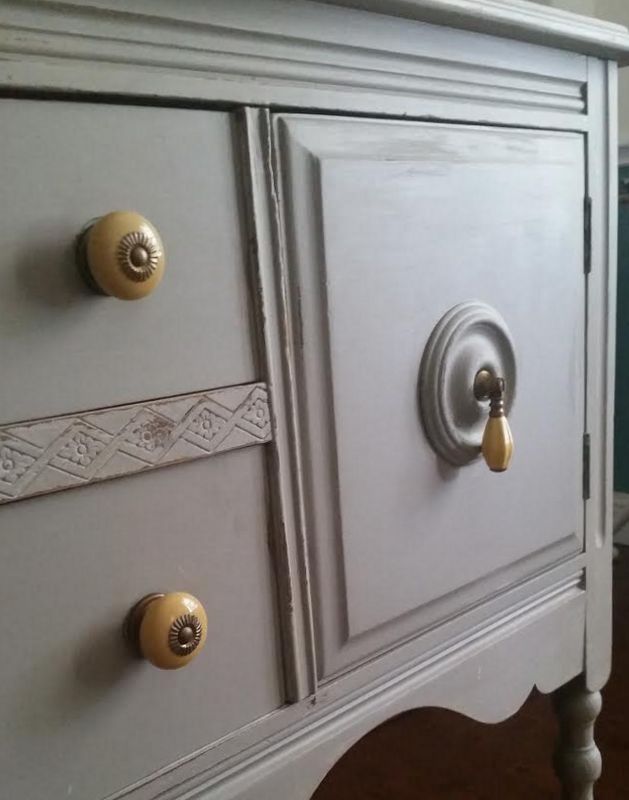 Intrigued? Hope so because I’ll be showing you more next week (I know better than to think I’ll actually get it done this week).

I finished off the trip with my favorite burrito bowl from Chipotle: 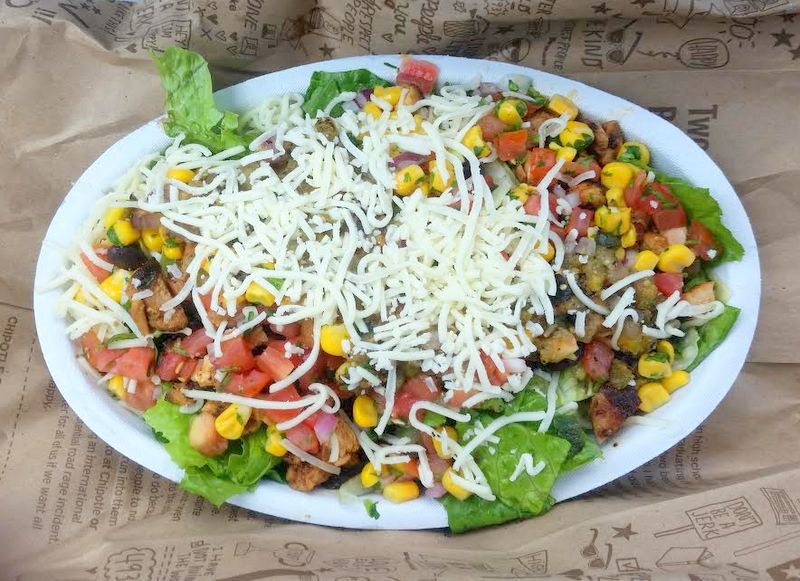 And then, just for the heck of it, as I was eating, I searched my GPS for other Anthros and discovered another one on the same street as Chipotle, 5 minutes away (totally unexpected considering there are only 3 in all of Dallas). I ducked in for a few minutes and walked out with yet another little $4 jar and this guy: 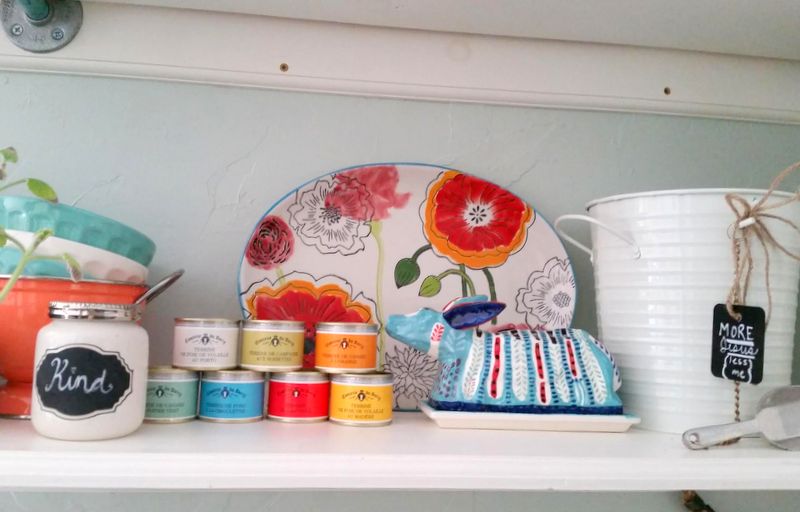 See my cow? No? Well, do you see my pig? Yup. I have to admit that I bought that butter dish from Anthro fully convinced I was bringing home a ceramic bovine, but my entire family informed me that it was actually a pig. (Moink!)

So, the big question is: does a solo trip to the city sound like fun or torture or somewhere in between to you? Don’t worry. I don’t think it means anything too terribly much about your character either way. But it’s an interesting question to ponder, right?

Do you know how to define your personality? In simplest terms, I would say that I’m an introverted extrovert…or an extroverted introvert…depending on the day. It’s complicated.