At the risk of your never ever believing anything I ever say EVER again (enough evers? okay)….

We really did build another house. 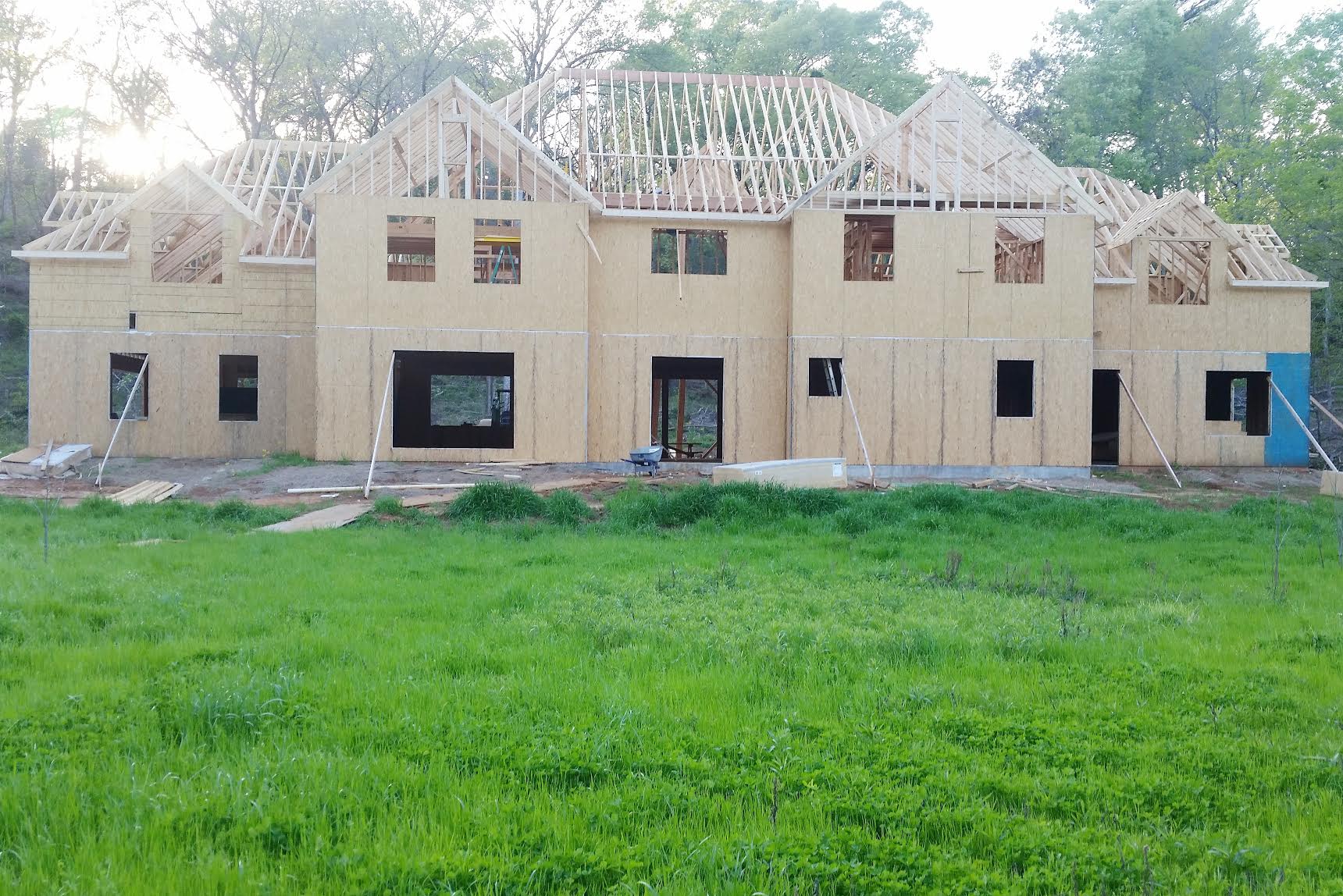 And that really is it!

The funny thing about all of my April Fool’s posts is that I didn’t plan any of them. I wrote my oil-pulling post in half an hour the morning of April 1st two years ago after already determining well beforehand that I would NOT be posting on that day. The thought just popped into my head, so I went with it, and–lo and behold–it went (mildly) viral! Go figure.

And then, last year, when I “went blonde,” I was again planning on skipping posting on April 1st. But I had flippantly mentioned dyeing my hair only days before, so on a whim, I got Shaun to photoshop me a blonde ‘do, and–what do you know!–another (unplanned) prank!

And then, this year, I was planning on FINALLY spilling our house beans last Friday, not realizing what day it was. Of course, the second it occurred to me, I really couldn’t resist the chance to play a REVERSE April-Fool’s-girl-who-cried-wolf trick on y’all, knowing full well that, after two years of jokes, you’d never take me seriously.

Which…you didn’t. And I got waaaaay too much enjoyment out of your, “Nice try, Abbie. Not falling for it!” comments. Because I’m mean like that, apparently.

ANYhoo, back to the business at hand.

We built another house. Or at least part of one. Just like I said on Friday.

Believe me, that was my response the first time my husband ever broached the subject. Like, WHAT? Why would we do that to ourselves when we know just how much effort it took to build the one we’re in? The one we love so much?

A couple of reasons, actually:

1) We found some land we loved for an amazing price closer to “town.” I drive an hour round trip at least once a day, sometimes twice, so cutting 20 minutes off of that commute is pretty appealing. Also, we will now be 5 minutes from a grocery store + gas station, which is…amazing. It’s still a decent amount of (private) space in the country, but it gives us much easier access to things.

2) When we built the house we’re in, we knew that we would likely have more children, but I don’t think we had any idea that we would have 4 more in 6 years. Now, our house is plenty big enough for all of us. But, because of our current room configuration, we have 5 kids in 2 small rooms. And that’s fine. They’re certainly not suffering. In fact, they love being in such close proximity (the boys ask all of the time when Theo can move in with them). But if/when we have any more (nope, not pregnant), we will very quickly be getting into sticky territory of who to put where so that the smallest kids have places to sleep/nap without kicking big kids out of their rooms. We definitely could have made it work, but when we started throwing around the idea of planning a house that works well for big(ger) kids and littles alike, we started to get a bit excited.

3) Our kitchen, while spacious, is not ideal for the size of our family. We eat every single meal around our kitchen island. And again, while we currently fit, any future additions to our family would not. We have both a breakfast nook and a “dining room” (which we have never dined in once), but due to their smallish size (each) and location, we just never use them. In fact, if we had chosen to stay in this house, we likely would have knocked down this wall you see here with the stove and microwave on it to get easier access to the breakfast nook, which is where we all squeeze in if we have company. And that would have been a serious pain. (Although not neeeearly as big of a pain as building any entirely new house. Ahem). I honestly don’t think this would be a problem for a smaller family or one who had developed the habit of eating in the breakfast nook or dining room from the beginning, but we are so set in our ways that it’s a legit issue for us.

4) We are excited to be more hospitable. Both because of our location (we only live 25 minutes from the edge of town, but people who aren’t used to driving often comment on “how far” out we are when they visit) and some of the dining space restrictions I’ve just mentioned, our house is not ideal for hosting a Bible study group or regularly welcoming any more than a small group of people. That doesn’t stop us if people are willing to come (we’ve hosted multiple events with 40+ people but only when we’re able to go outside), but we specifically designed certain areas of the new house with hospitality in mind.

So, what about this design? Well, now that the cat’s out of the bag, you’d better believe you’ll be seeing posts about our plans for the house popping up here and there (I’ll do my best not to turn this into a house-building blog). But, since the house is currently fully framed, I can tell you this:

I’m sure there’s tons of stuff I’ve left out, but we’re headed out the door for the day, so I’ll just put it out there that I’ll be happy to answer any questions that you have. Feel free to throw side-eye and indignation at me for “tricking” you too (hey, I tried to tell you! ;)).

P.S. If you’re wondering where the rest of the pictures are, don’t worry, I’ll have lots for you on Wednesday.