I hope your Christmas was lovely and relaxing and rejuvenating. Mine was…mostly. But I must admit that, by the end of the actual day, I was pretty ready for it all to be over. The kids were hyper. I was ultra-tired. And everything just felt really loud and overwhelming (you know you’re worn out when the thought of getting off the couch to wipe your 4-year-old’s bottom is “overwhelming.” Amen?). Thankfully, the day AFTER Christmas was magic. Slow morning. Calm kids. Yummy leftovers. A nap!!! And then Shaun cooked steaks for dinner (he might or might not have started a grease fire on his first go-round, but the end result was delicious, and the house only smells marginally of flambeed butter after we aired it out for an hour or two).

I may do a more formal Christmas recap if I feel extra chatty this week, but for now, I thought I’d do a quick pregnancy check-in, since 1) I’ve done a HORRIBLE job of keeping up with these this pregnancy (I think my last “official” one was at 30 weeks) and 2) this pregnancy is almost done (I hope), and it’s kind of now or never.

And in the same classic “nobody actually asked me these, but I’ll answer them anyway” format that I’ve always used, here we gooooooo… 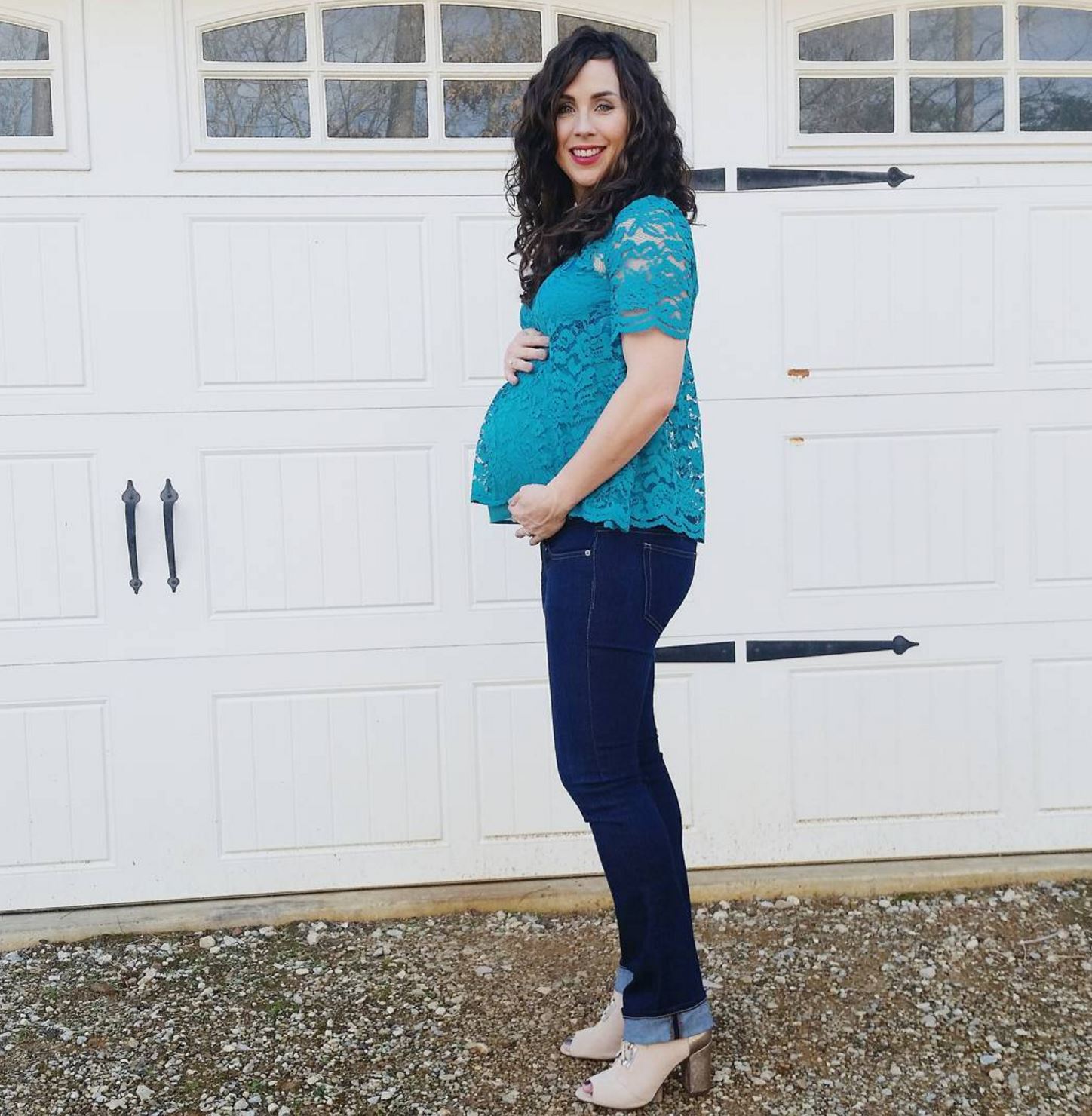 Hello there, #babynumber7. You have a whole lot of excited peeps just waiting to meet you!

Ha! Isn’t that how every 39-week-pregnant woman feels? But seriously, other than the normal creaks and twinges, I feel fine. Probably a liiiiiittle too normal for my liking, since it seems unlikely that this little guy is going to emerge any time soon. But then, we already knew that.

I still don’t feel antsy, though. So, that’s good. I guess. We’ll see. 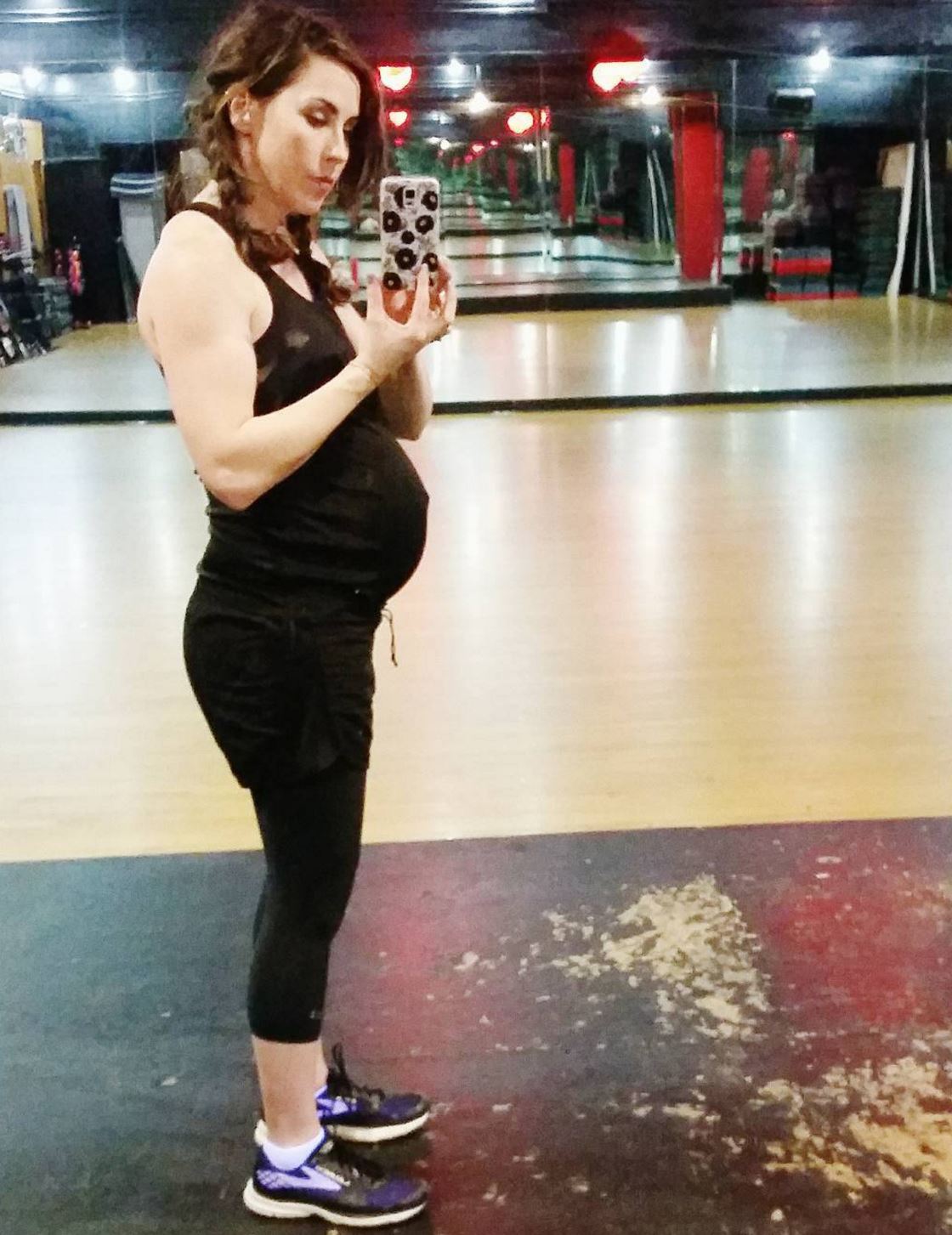 Yes, although there are definitely days that I think: “THAT’S IT! I’m getting subs for the rest of this pregnancy. That was PAINFUL.” But then, I feel fine, and it seems silly to get a sub when I’m clearly perfectly capable of teaching, and it gives me a chance to get some exercise and get out of the house. So, I go teach. And it’s “great” (at least as great as it’s going to be). It’s kind of confusing. I’m definitely taking it one week at a time.

I did quit teaching Grit at about 35 weeks, and that was a pretty big relief. High intensity ANYTHING (I mean, I still teach BODYCOMBAT, which is a mixed martial arts class that many would consider high intensity, but it’s still not the same) was starting to feel pretty rough on my ligaments, joints, and abs, so I pulled the plug on that around Thanksgiving.

Anything new to report?

The baby’s definitely head down, and he’s started doing this grrrrriiiinding thing against any bone he can connect with. It’s real fun. It basically feels like the end stages of labor but without any contractions or actual progress. Like I said. Fun.

Also, my legs/feet have been swelling like mad over the weekend–probably more than they ever have–but I think that was mostly due to too much hustling and not enough sleep (I might or might not have stayed up til the wee hours finishing sewing some aprons for the girls on Christmas Eve, which is when they really ballooned). Now that I’ve had a chance to rest with my feet up for a day or two and have been taking my magnesium supplements more regularly, the puffiness is still there, but under control. 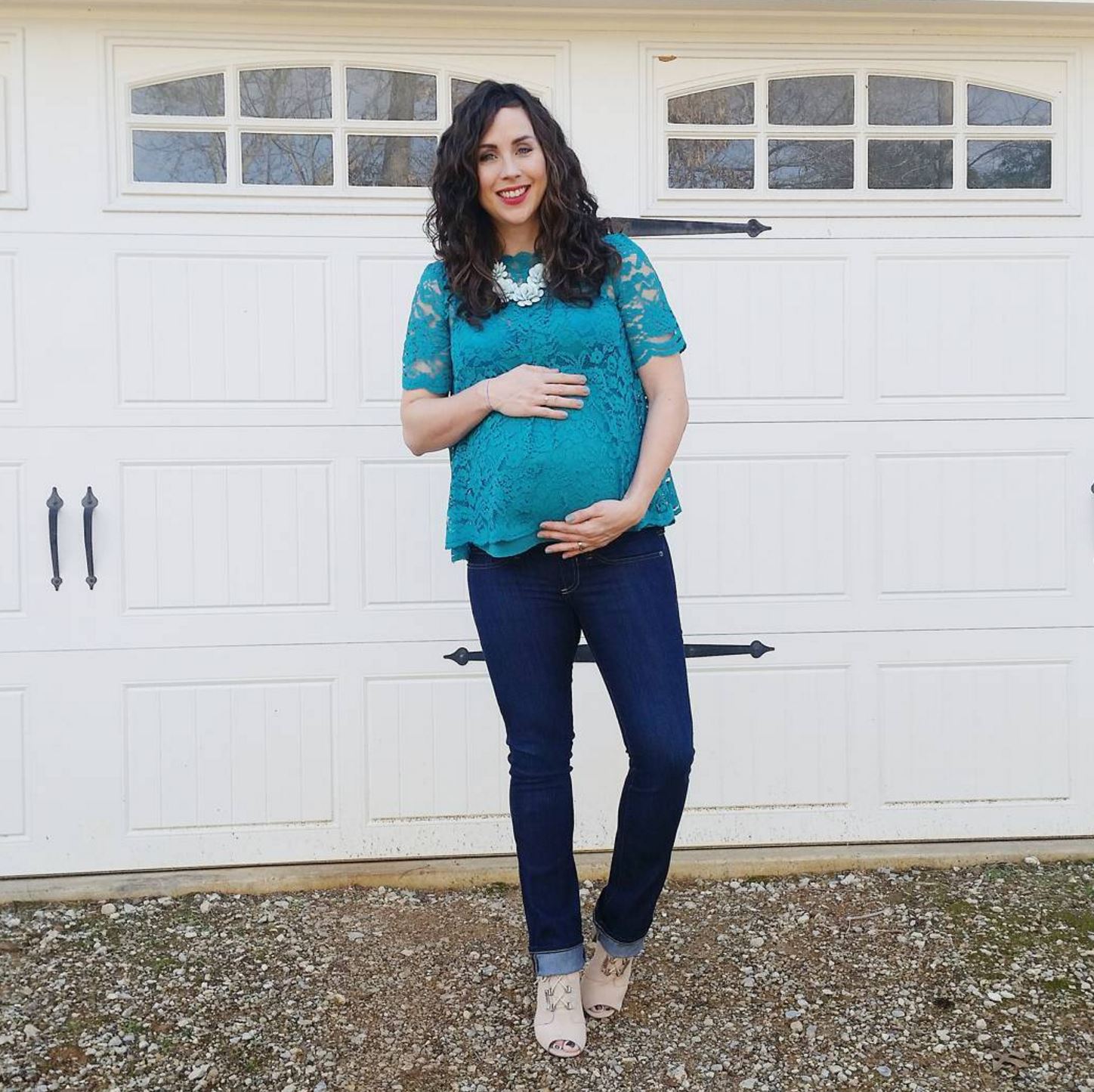 Anything you’re still hoping to get done before he comes?

Eh, I have some organization projects I wouldn’t mind banging out, and I could stand to thoroughly clean my room. But! I figure, even if my midwife has to deliver a baby in a less-than-pristine bedroom, if he surprised me by coming tonight, I wouldn’t complain.

I do have a fun girls’ dinner to go to tonight, courtesy of some sweet friends–hence my “fancy” outfit for these photos (I was giving it a trial try-on to make sure that everything fit and allowed for a) sitting comfort and b) proper food consumption and figured I’d have Simon snap a pic, since I don’t wear much other than p.j.s and workout clothes these days ;)).

I was definitely hoping that he’d hold off for Christmas, and now that he has, Theo’s birthday + a Christmas get-together for my side of the family (both on Friday) are the only “momentous” events to complete before my schedule is pretty much clear.

Are you still eating healthy, nutritionally balanced meals that help support both yours and your baby’s growth and well-being?

Ha! I think we ALL know nobody asked this. But Y’ALL! I have eaten SO bad for the last week. I’m not an over-eater in general and especially not now when I fill up suuuuper fast. But chocolate has been my very close companion of late, and if it’s sounds good, I eat at least a little bit of it. I just can’t seem to make myself care anymore. Which…when I think about this baby’s potentially not coming for another 3 weeks, it’s a bit of a scary prospect since a) I’d rather not deliver an 11 pound baby naturally (or otherwise), and b) gaining 10 pounds of baby weight in the home stretch would just be silly. Get a grip, girl!

Any clue about this baby’s personality?

Other than wiggly, I don’t know for sure. But I guess I would also say “reactive.” I don’t *think* I’ve ever had another baby in utero that responded so definitively to any kind of external stimuli. If I sit a certain way, and he doesn’t like it, he lets me know! (See above about “grinding”). If the midwife puts the heart rate monitor on my stomach, his heartbeat changes instantly. If I move, he moves. Not gonna lie. I’m a little worried that he’s going to be a restless sleeper, but I am definitely hoping/praying/trusting the Lord for the best.

All around, even though pregnancy is not my favorite, and this one, in particular, has had more pain and irritations than most of my others, I’m super thankful that the Lord has allowed me to carry another healthy baby to full term with zero complications and–honestly–no real reason for complaints. He is so good!

To say that I’m excited to meet this little dude would pretty much be the world’s biggest understatement at the moment. To say that I don’t want to do labor at all would be a bit of an understatement as well. And, yes, I realize those two are at odds with each other.

What about y’all? Pregnant homies? Non-pregnant ones? How was Christmas?