Of all of the projects we’ve been working on since spring, I think this one is my fave. 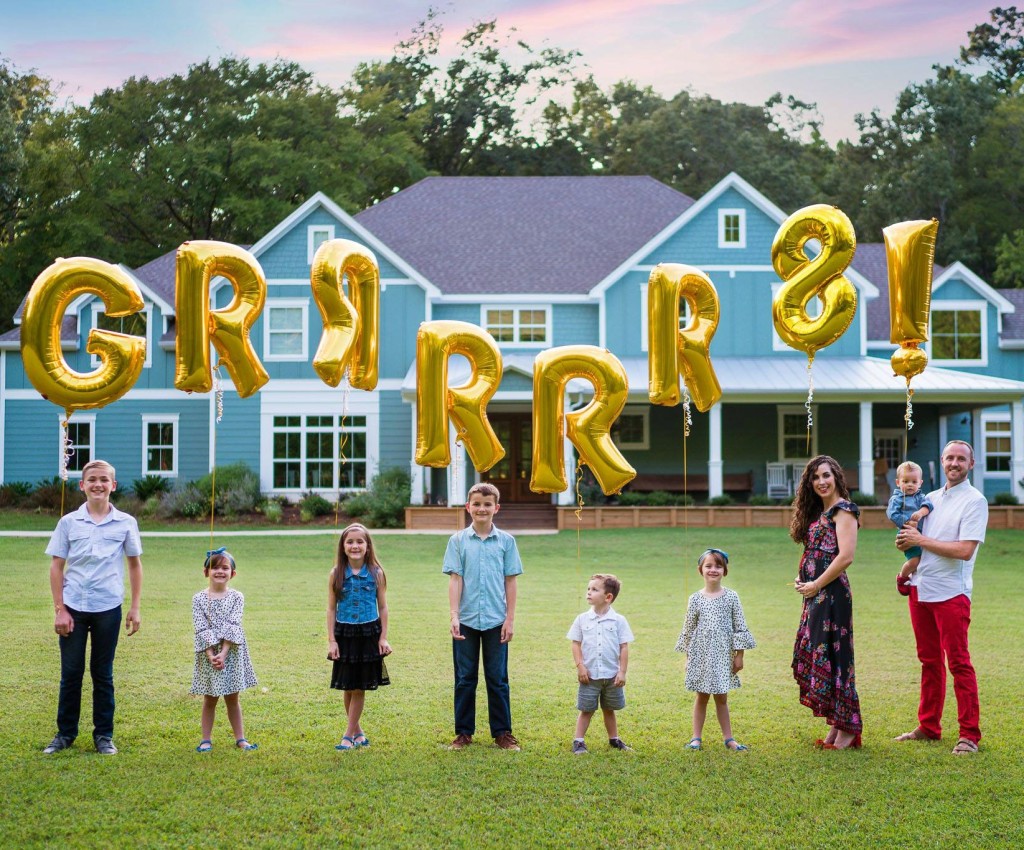 Yes, we’re having another kid, and yes, it’s just one (we checked). We think it’s Grrrrr8t! (Get it?…of course you do). (Anybody else hear Tony the Tiger’s voice just then?) 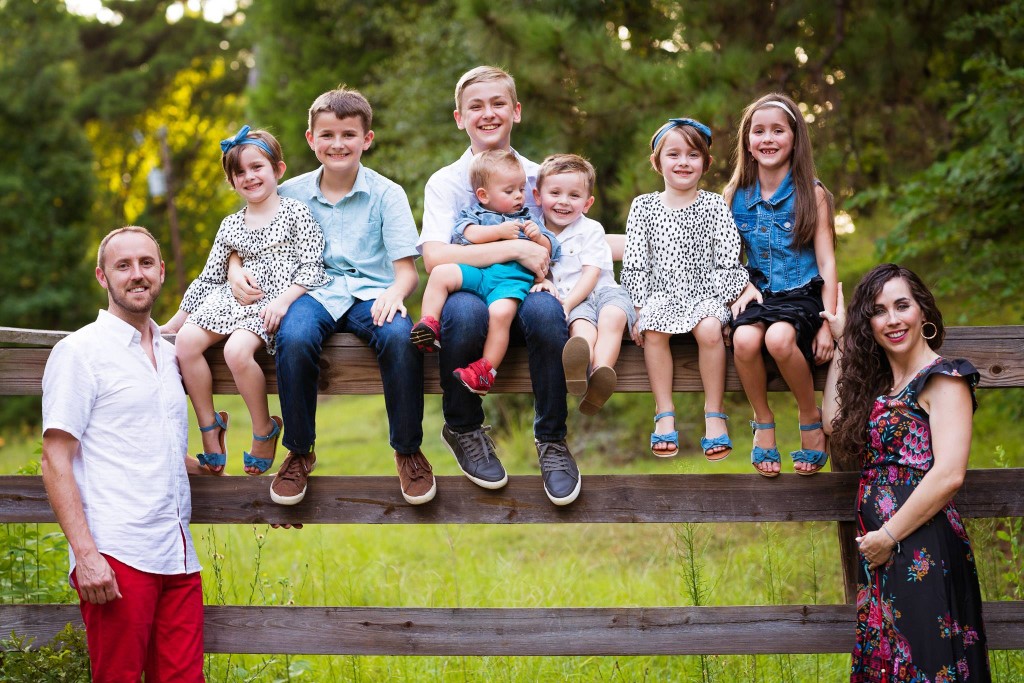 We are praising God for the opportunity to bring another life into this world to love on and teach his principles. The older I get, the more I grasp just a tiny bit more of what a privilege that truly is.

The kids are, of course, ecstatic. I say that as if it’s a foregone conclusion, but I actually had someone ask me in an interview the other day if my kids ever respond to a pregnancy announcement with something like: “Aw man, enough, Mom! No more kids!” Now, granted, this person was definitely coming from a different set of worldview assumptions than I hold, but I found myself a little taken aback (not offended, just surprised) by the question.

Because our kids have never been anything short of euphoric to learn that another soul will be joining our tribe (we’ve got a video of them dancing and cheering for this announcement, but I haven’t gotten it off of Shaun’s phone yet). I’ve said it before, and I will say it again: my kids don’t just love each other. They like each other. (It doesn’t mean they don’t fuss at each other sometimes, just that the norm is for them to get along in a natural flow of constantly changing sibling combos–both older/younger and everything in between). Maybe this sounds like a case of “methinks she doth protest too much,” but I feel compelled to reiterate this because of the skepticism and cynicism that I’m met with so often in response to the concept that your kids (especially if you have a lot of them) could be friends. And I want to encourage you that they can! Many of the families we are close friends with (regardless of their family size) say the same thing about their own kids, and I see it exemplified in the way their older kids help the younger or how the sisters are also best friends.

ANYhoo, back to what you’re really wondering: what about this baby?? Give us the stats!

Gender: we don’t know for sure yet, although we had an early sonogram, and we think we know. I’ll be sure to update you when we have a more “official” result.

Due date: January 21st, but…if you’ve been reading for a while, then you know that that means less than nothing. We’re probably looking at February. 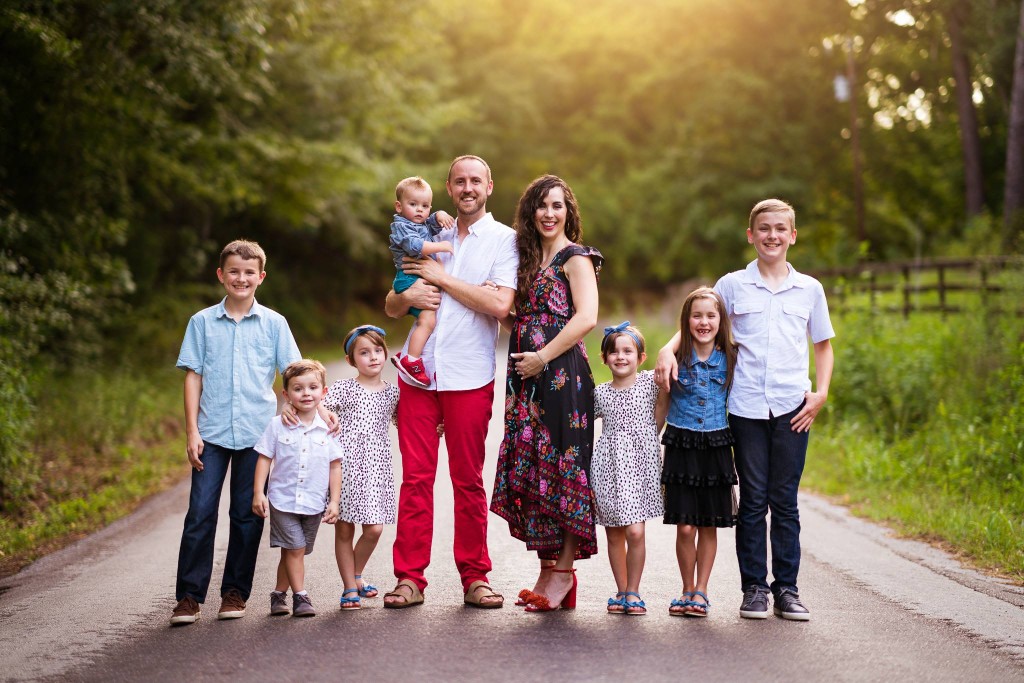 I’m exactly 18 weeks as of today, and I’m feeling great. Such was not the case for the first trimester—-maaaaaaybe more so than usual? Hard to tell. The twins’ pregnancy was harder than any other, for sure, so I’m probably just forgetting how draggy I felt during that first trimester. More than anything, I think I am just “feeling my age” a bit. I’ll be 36 when this baby is born, and, while the differences are fairly subtle, I can definitely tell that I don’t have quiiiiite as much pep in my step as I did when I was 29 (my age when the twins were born).

I’m still teaching all of my fitness classes. Actually, I teach between 9-10 hours a week, which is my highest number in years, so nothing has slacked off there.

At this point, my energy is back, and I don’t feel terribly pregnant except when I try to sit up or twist too quickly (hello, round ligament pain!). Oh, and when I glance down at my right leg, which I have “affectionately” dubbed my “Frankenstein leg,” thanks to nasty varicose veins.

We just started back with homeschool co-op after doing “homeschool lite” all summer long, and we’ll dive back in with our full curriculum in about a week. I don’t plan to do anything differently about our schedule during this pregnancy, but I know from experience (because both Honor and Theo were due around Christmastime) that, while these first 4 months have been pretty slow, the last 3 or so will FLY. It’s kind of nice to have all of the holiday hullabaloo as a distraction.

Oh, and before anyone says: “I just KNEW it! I knew you were pregnant!” I would like to point out that we have consistently had a baby (or two) every two-ish years for the last 7 or so, so… ; )

The bottom line: we are thrilled for this baby, but, as much as I can’t wait to meet him/her, every time I think about labor, I shudder involuntarily. I say it every time, but it’s still true. The only way I can psyche myself up for that kind of pain again is by being miserably pregnant enough to wish myself UN-pregnant, regardless of how bad it hurts getting there. God is faithful, though, and I pray that, when the time comes, he’ll get me through it just like he has every other time.

And then, I’ll have a gorgeous little squish to make it all worth it. That’s the good stuff.

Pregnancy? Eh. We put up with each other.

So, there you have it, folks. We are having Baby #8! Blessed be the name of the Lord.

P.S. All of these lovely family shots were taken by our good friend Jason Stitt Photography, and if you’re local to East Texas, I highly recommend him!

P.P.S. On a frivolous note, I’ve had some questions about my dress in these pics on social media, and it’s both flattering, comfortable, and cheap! So, there you go. (Reviews vary widely, but I got a “good one,” I guess, and it had free returns, so I wasn’t too worried. I’m wearing a small, and it’s still fairly loose, so it definitely runs large).