Did you know that aluminum is one of the traditional gifts for a 10th anniversary?

(Well, technically, it’s tin, with the modern version being aluminum).

I had no clue.

So, when Shaun handed me this on the morning of our anniversary last week and informed me of the above scintillating fact, I was intrigued. 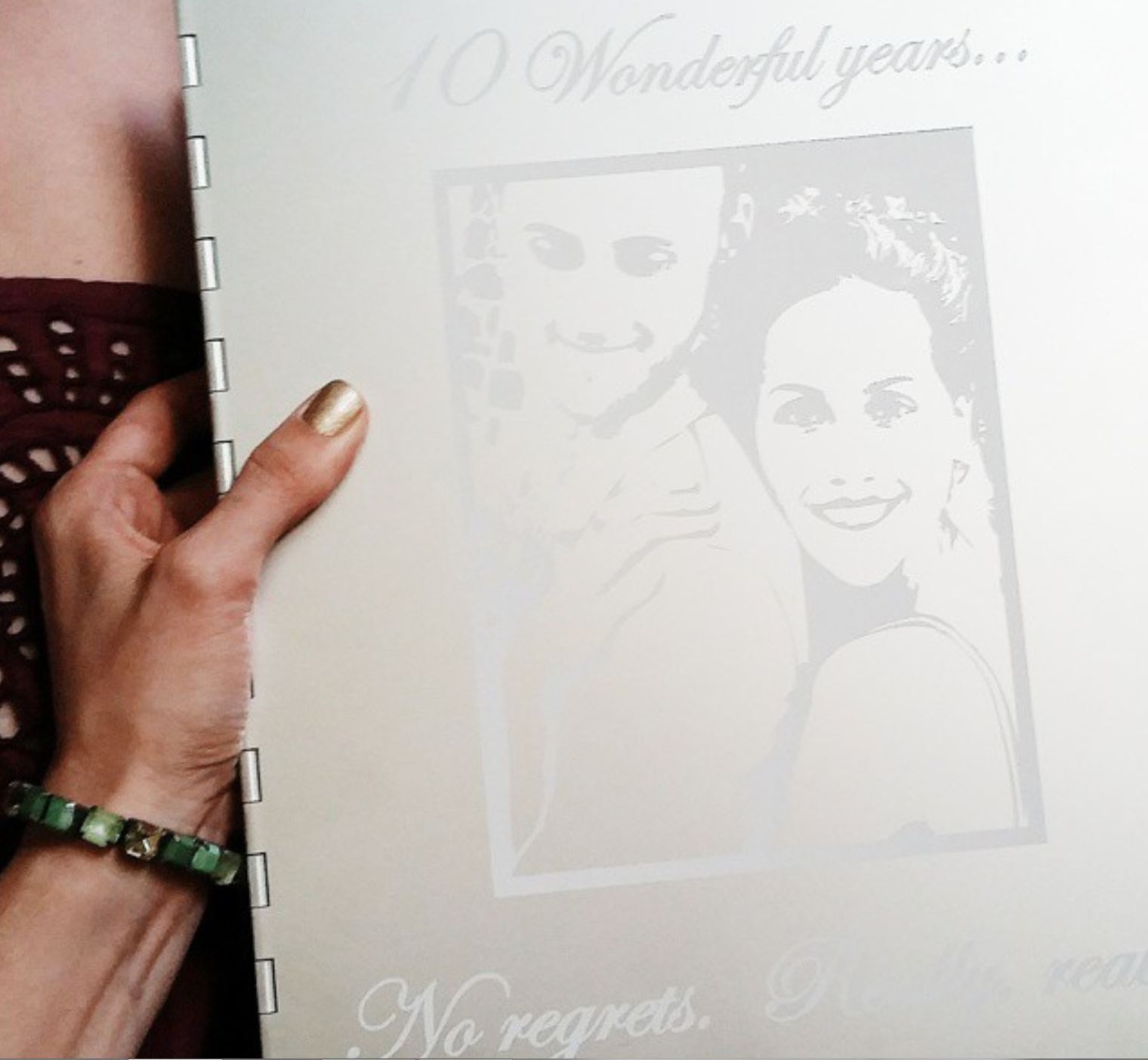 If you’ve been reading for a while (or follow along on Instagram or FB), and especially if you read the love story series I did a few years back, then you probably recognize the original of that shot of Shaun and me as this one  from our wedding: 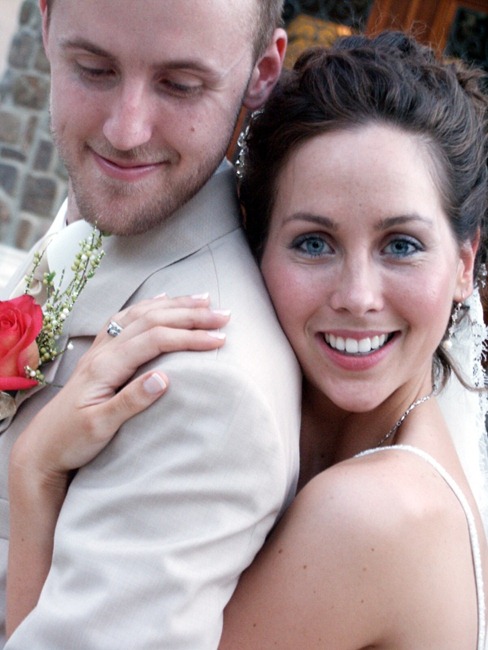 As interested as I was, I was a little surprised at the gift because I assumed that it was a photo album, which is nice and all, but seemed out of character for Shaun and for us as a couple.

But then, I opened it up and read the crazy-sweet note I mentioned last week, telling me all the things that he loves about me even more now that we’ve been married for a decade, and as I read, he started to explain how he had saved all of our emails we sent each other during our courtin’ days on his computer’s hard drives, even after the machines had died.

And I started to get really excited because here’s the thing:  we’re not particularly sentimental people. I’m terrible about keeping ticket stubs or other memorabilia, commemorating special events.

But those letters? They represented hours upon hours of thought and effort and, well, love. Weeks before we ever had our first date, the groundwork had been laid for me to fall for this clever, funny, smart guy who cared about grammar and felt as much appreciation for a well-crafted sentence as I did.

I looked forward to those emails every single day. And I have never been sadder about losing any memory than I was when my old Juno email account crashed and wouldn’t let me access my backlog of messages.

Shaun felt the same way, so he combed through his old hard drives for hours, until he had almost despaired. Then finally, he stumbled upon the entire cache of messages in some remote, weird place (oh, technology, you blessing and curse, you) and proceeded to print out every last one he could find and slip them into protective plastic sleeves, and bind them all together in a book.

Even though I’m not much of a crier, I freely admit to tearing up when I started reading our words from 11 1/2 years ago–the words that were the early foundation for our marriage to come and the kind of couple that we are now.

It was the most thoughtful, perfect 10th anniversary gift, and, although I haven’t made it through them all yet, I’ve loved reading the ones I’ve gotten to so far, and I can’t wait to read the rest.

In fact, it makes me want to start writing my husband letters again, so we can make another book in 15 years.

Anybody know the metal for 25 year anniversaries?