Okay, so I know most of us are pretty much out of scarf season, but after yesterday’s, ahem, eventful weather, the temps around here have cooled rather drastically, which is pretty much the only benefit to arise from a dozen tornados tearing through the DFW area and landing Arlington in a “state of disaster.”

So since I had already planned on making a ruffled scarf for this edition of: 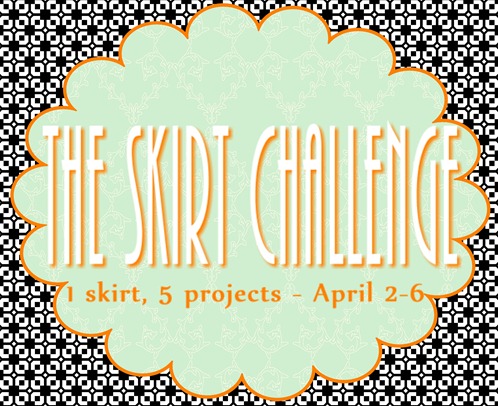 …I will now get to actually wear it out (at least in the morning).

I promise I’ll add pretty pics later, but I posted Monday’s and Tuesday’s projects so late that I felt like I had to turn right back around and show you another one in a couple of hours, so I figured I would get this one posted with a couple of midnight shots I nabbed in my friend’s (soon-to-be-painted) bathroom and then update a little later with the good stuff. 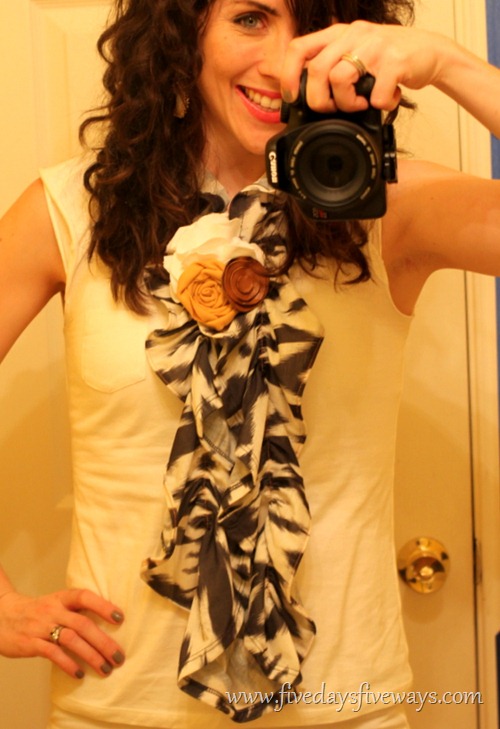 No 27-step tutorial for you today, I’m afraid, although I will briefly describe what I did:

(Tomorrow, I’ll be showing how I made each of the flowers in the corsage). 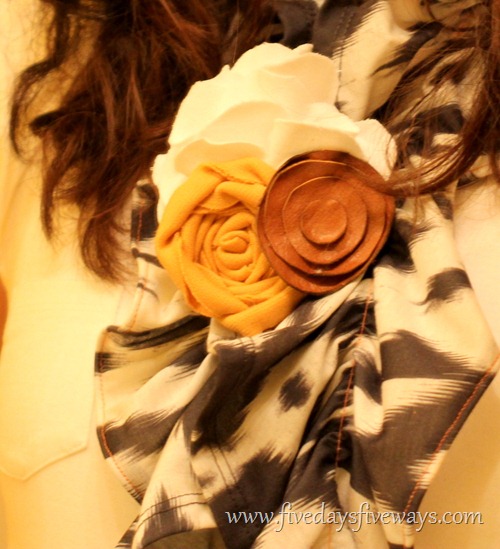 EDIT: Here are the promised “pretty pics,” though that second one of the full outfit is only here as photographic evidence that I should NEVER wear a shirt that length with straight-legged jeans ever again. 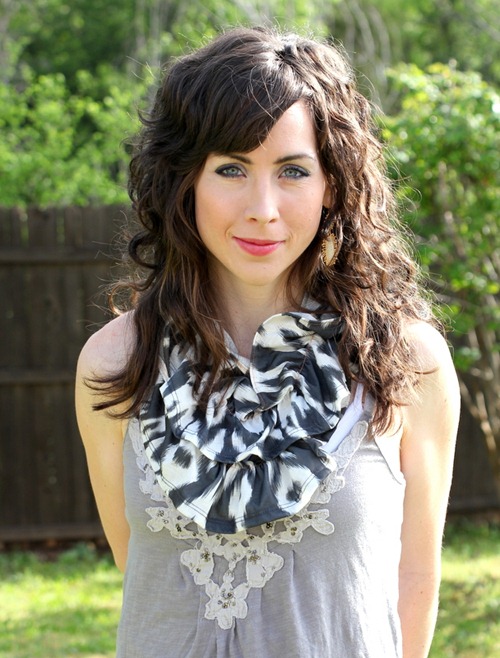 This is option two of how to wear the scarf—sans flower corsage and with an extra loop around the neck (I asked Katie if I looked like I was wearing a Shakespearean ruff, and she said no, so I’m trusting her). 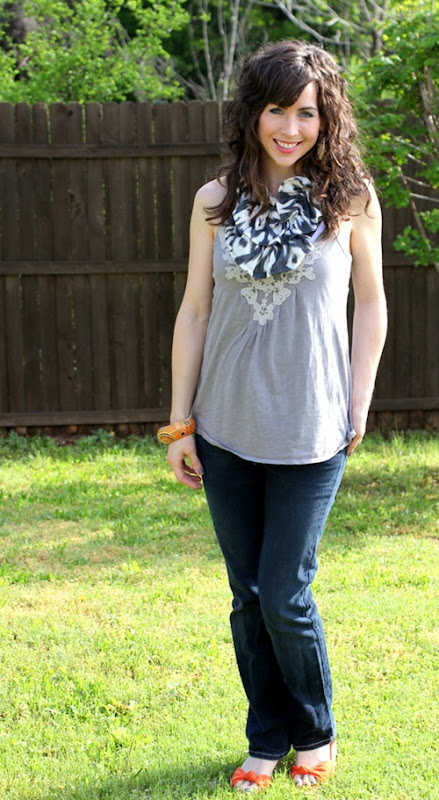 Oh, and just in case,  here’s yet another refresher of what we started out with: 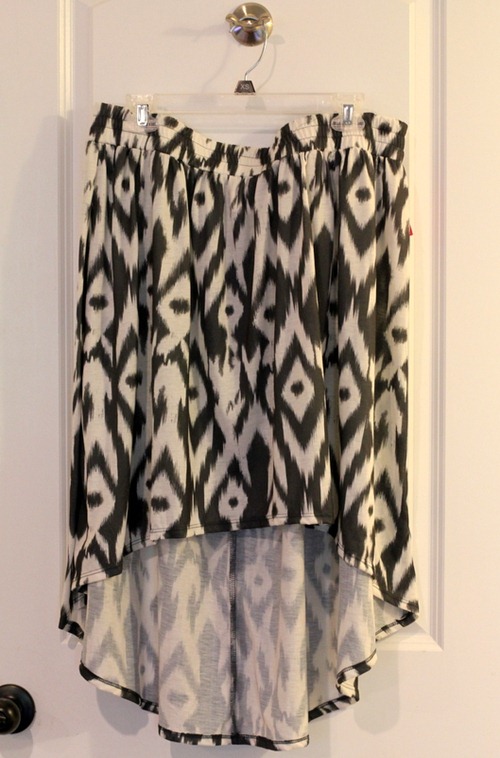 I would say we should name her (since you know I’m all about that), but it just seems a bit wrong since I’m hacking her to pieces and making her become something she didn’t start out as.

After all, “The Braided Bow Headband” is kind of a long name for the unassuming little bit of frippery that was Project 1. 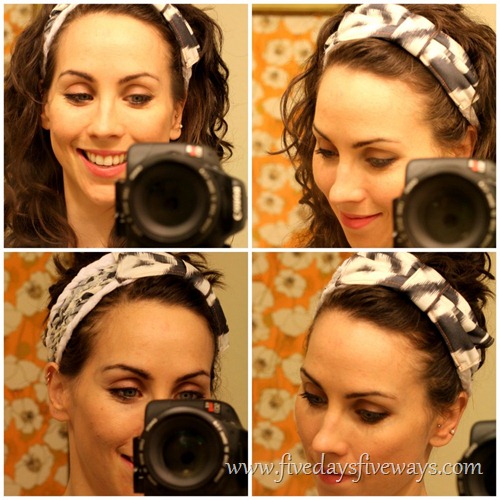 Not to mention the stuffiness of a name like “The Leather Flower Belt” for Project 2: 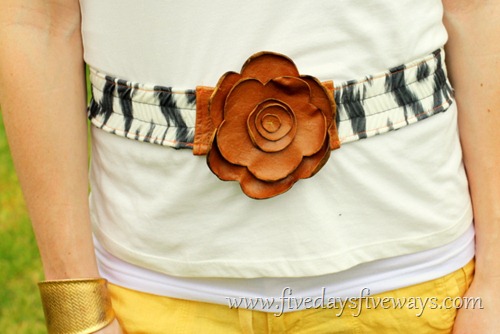 (I’m leaning toward Nadia, but any suggestions are welcome).

Oh, and here’s a few shots of the whole outfit: 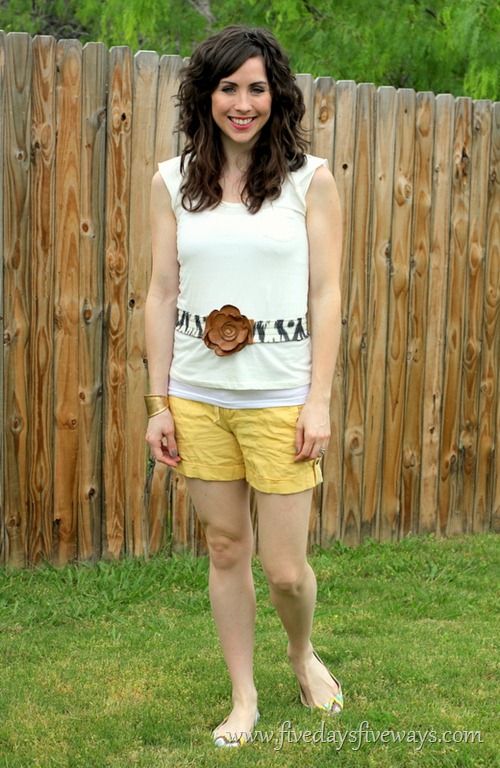 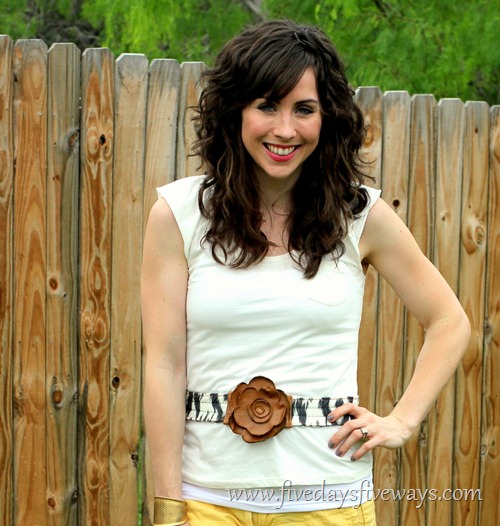 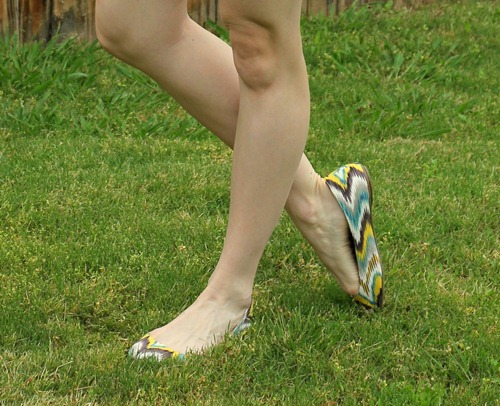 I’m kind of a fan of my new $5 Old Navy psychedelic-print flats…especially after my friend, Katie, gave me a stylin’ Strawberry Shortcake Band-aid to keep the left one from rubbing my heel raw.

Also, just to remind you that I do wear things other than projects crafted from Ikat skirt fabric, here’s the outfit I wore on a date with the hubs on one of his recent weekend homecomings. 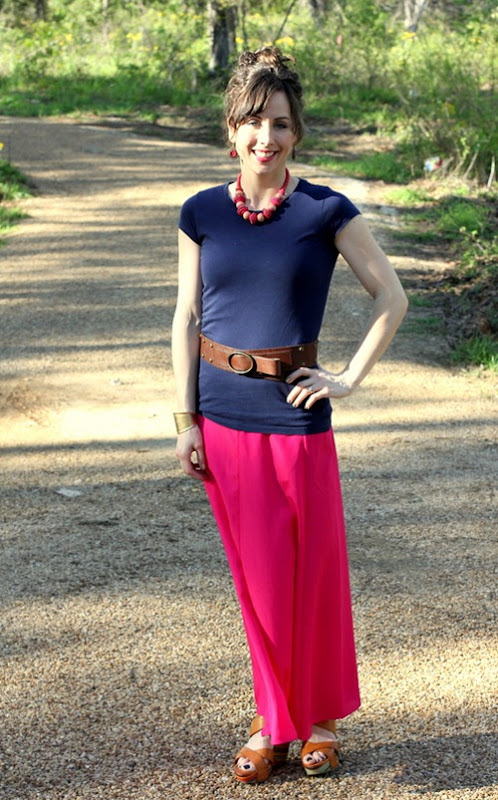 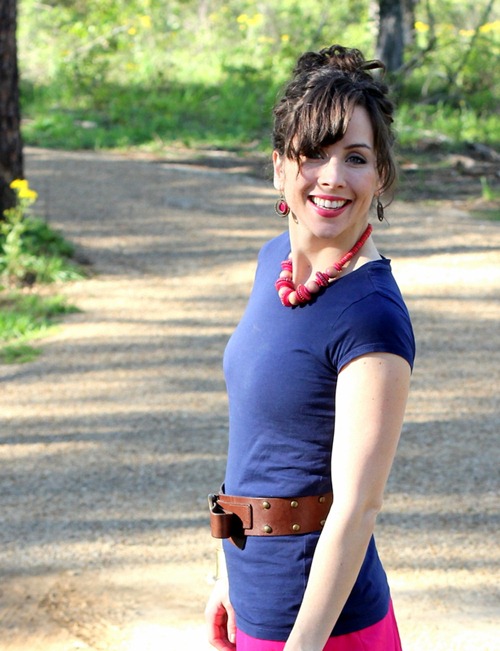 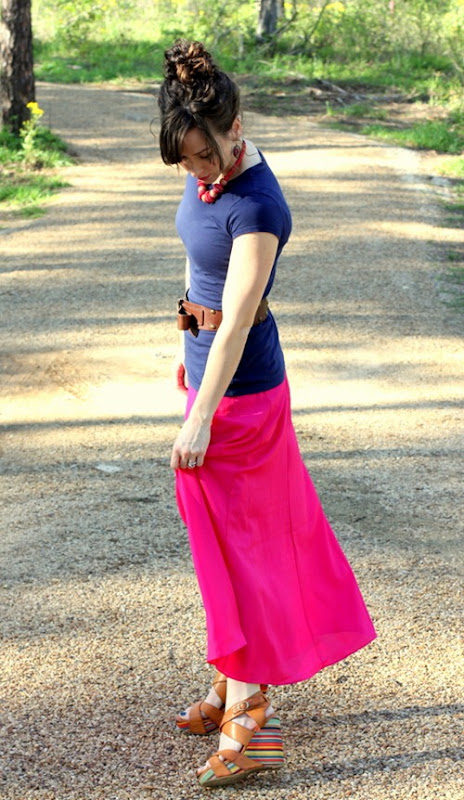 The maxi skirt was $6 from—yet again—Old Navy (I’m not usually an Old Navy kind of girl, but I’ve scored some serious deals there lately).

Sick of gray/white Ikat fabric yet?

Linking up with Lindsay.