About a month ago, my mama said, “So, my NHS induction ceremony is coming up, and I wondered if you could make the cupcakes and maybe some chocolate-covered strawberries for it.”

I said, “Sure, no problem,” knowing full-well that we were in the middle of renovating and that Shaun would be traveling between then and now, and that I had a dinner party to plan and walls to paint—oh yeah, and that the day I’d be making everything would be Mother’s Day.

But how could I say no?

I ask again—how could I say no? (The fact that I get paid to do it might have entered my mind : )…but I mean it when I say if my mama asked me to do it for free, I would).

Besides, 350 cupcakes + just as many chocolate-covered strawberries is a walk in the park compared to the 6  (or more?) different dishes I made (with the help of my family and some house-guests who showed up at just the wrong time to not be roped into unexpected dish duty) for my mom’s NHS (National Honor’s Society) induction a few years back.

Can I just say that, if it weren’t for some really nice people in my life, I would STILL be making cupcakes, buried under mounds of powdered sugar, sneezing and sobbing, I think.

My father-in-law (if you missed this post about his thoughtful gift-giving or this one where I mention how he gave up hundreds of hours of his time to help us build our house from scratch, then you owe it to yourself to read and be amazed) suggested that we come out to “Grandma’s house” (what we affectionately call Shaun’s grandmother’s place where his side of the family gathers weekly…minus us, usually, because we’re an hour away), hang out with the fam, and utilize her double-wall oven to bake cupcakes.

So, that’s exactly what we did.

We ate, the kids played, everybody gabbed.

And Susan (Shaun’s sweet, sweet, cousin) and Butch (my FIL) helped me bake 390ish cupcakes in under 2 hours and 45 minutes.

I didn’t take a single picture because it was such a whirlwind of measuring, mixing, pouring, and baking, but suffice it to say that both Sue and Butch (and my incredible hubby, who took care of Della and even got her to nap in a bed that wasn’t hers before coming back to monitor the “cupcake situation” to help make sure none of them burned and that they all got loaded/covered) pretty much saved me hours upon hours and headache upon headache.

Amazingly enough, there wasn’t a single baking snafu (unless you count that tiny sliver of eggshell I may or may not have lost in one of the batters), and the cupcakes all turned out great.

Of course, they weren’t frosted yet, but that’s where Team B came in. 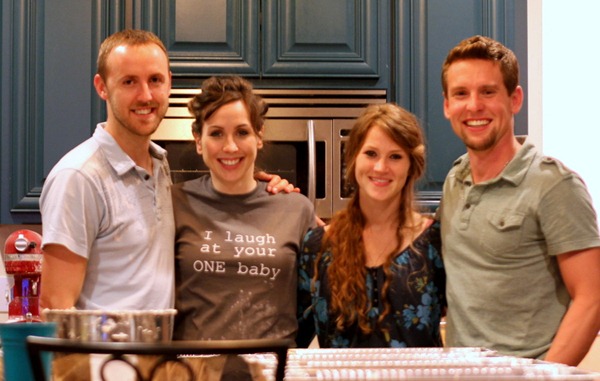 That would be my hottie of a husband, me, my bro’s lovely girlfriend, Hannah, and my bro, Shae, both of whom came over last night to celebrate my mom’s birthday at our house (yes, after we got back from Grandma’s house) and ended up staying to ice copious amounts of pastry.

{Can I just say as a side note that it’s really annoying to be surrounded by skinny, pretty people when you’re pregnant. Hmph!} 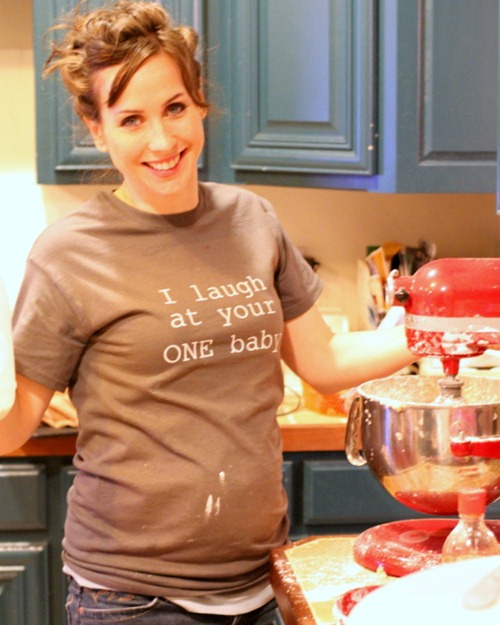 Speaking of which, here’s the obligatory belly shot as well as a close-up of the indignities that poor Penelope, the mixer, had to suffer after I gave up all pretenses of being able to mix huge batches of icing with any semblance of neatness and speed. 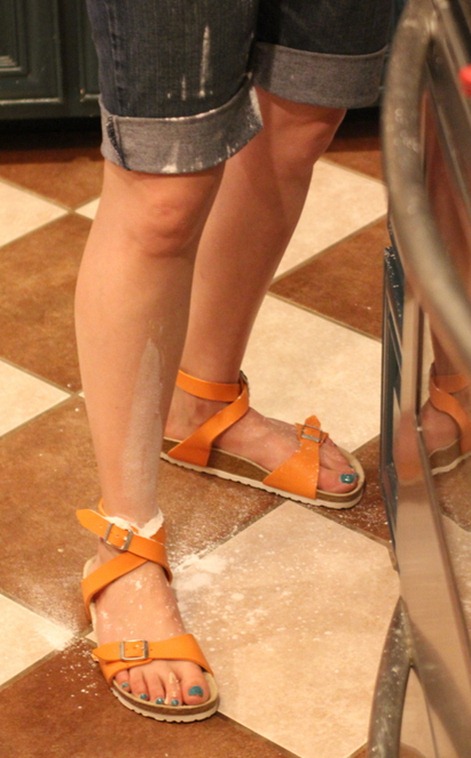 And, yes, that is powdered sugar piled up on top of my thrifted orange Birkenstocks ($3, thank you, Goodwill). 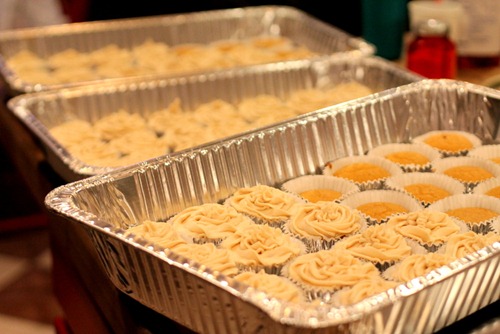 There was a whole lot of this: 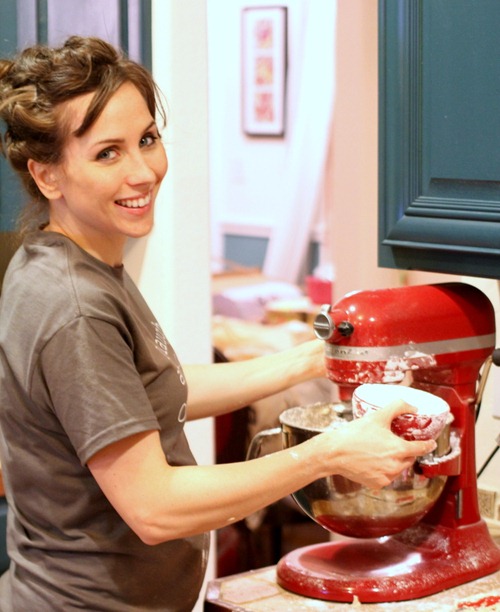 A fair bit of this (poor Hannah got the short end of the piping bag…literally. She had the smaller one, and frosting keep oozing out the top and engulfing her hands). 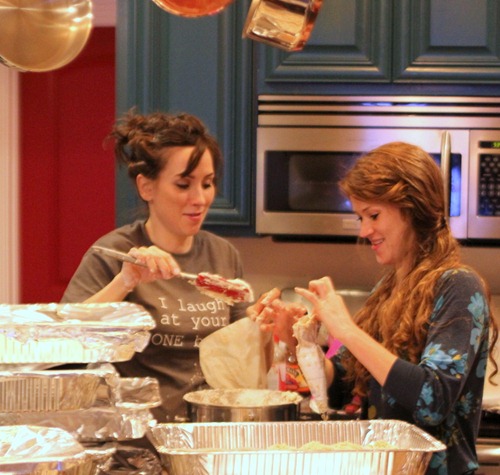 But somehow, less than 2 hours later, we had this: 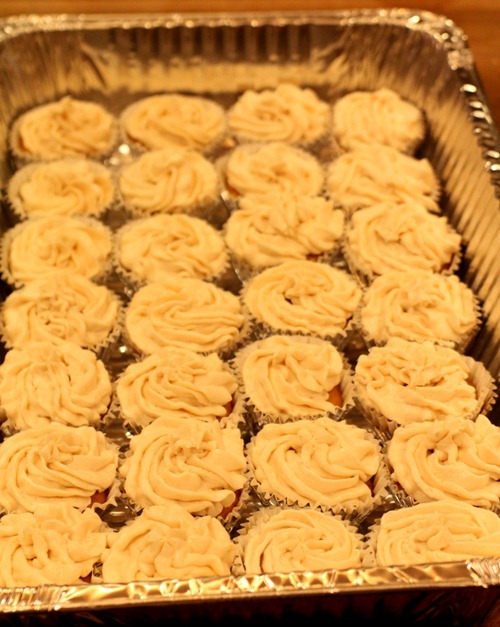 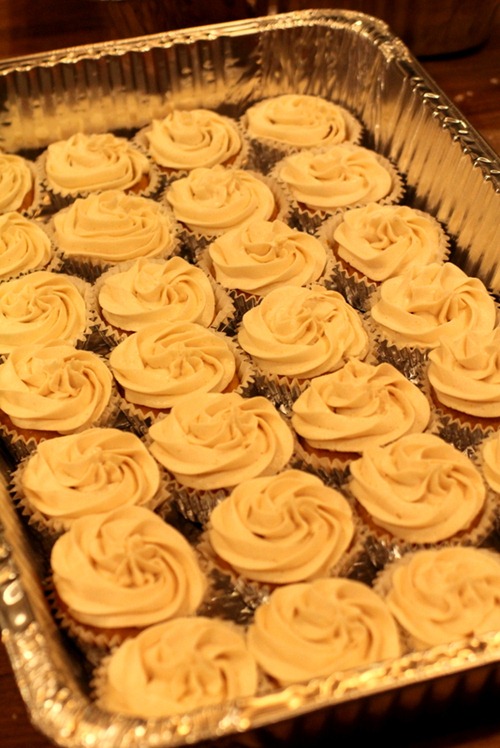 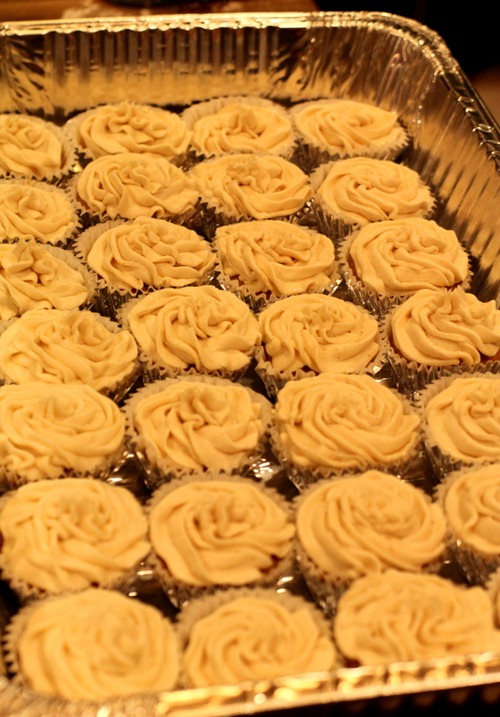 …and, most especially of all… 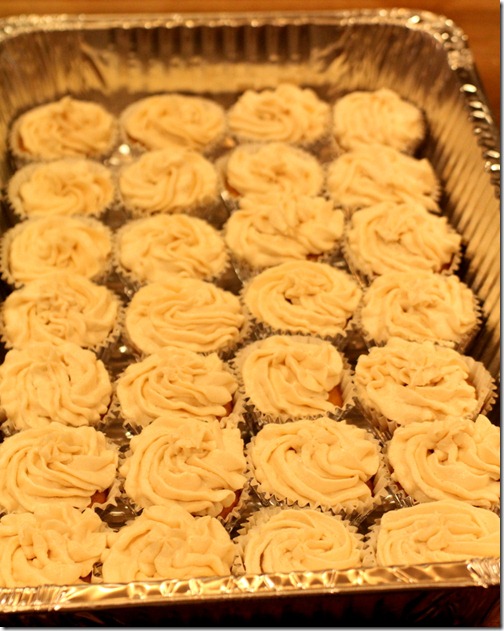 …which have to be seen up close to be fully appreciated. 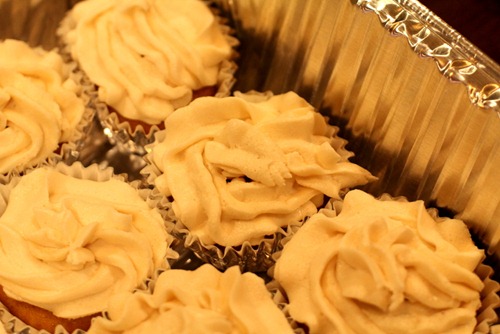 I’m not naming any names, but I will say that the person who created these travesties particular specimens was the only one helping me who is related to me by blood.

(By the way, each of the 4 exhibits was created by one of us, and I’m pretty sure that second one where they’re all perfectly symmetrical and professional-looking is Shaun’s. who is apparently just as handy with a piping bag as he is with a hammer, saw, or keyboard in his hands. My.husband.is.my.hero!).

(Also, yes, there were two different piping tip styles, and yes, I do like the clean swirl better, but I am not a pro, and time was of the essence, so we just went with it…except in the case of that last batch I showed you, which may mysteriously disappear).

So…what does the rest of my Move-it Monday look like? 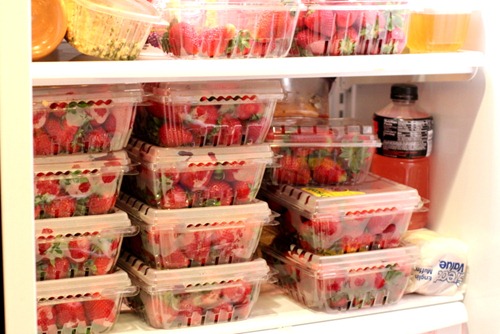 Better get a move on!

I’ll see you tomorrow (if I haven’t slipped into a strawberry + almond bark-induced coma by then).

P.P.S. If you’re wondering what kind of cupcakes those are, I actually shared the recipe a few months back: 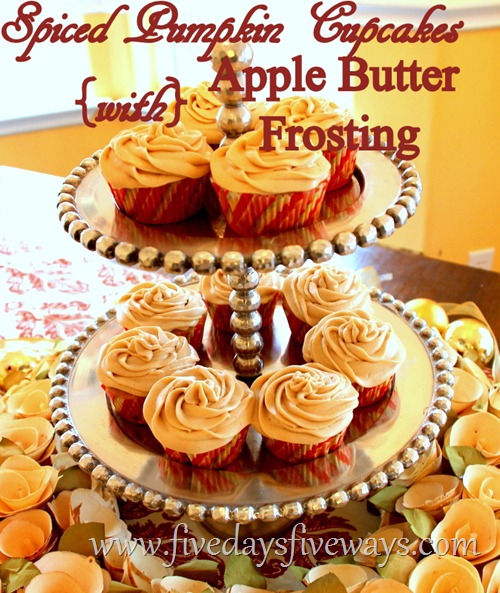