I’d visited Mexico twice before this trip, but both of those instances were over 10 years ago, and I hardly ever left the little border towns we were staying in.

So, even though we’d done plenty of research on Mazatlan before we came, I still found myself surprised by a few things. 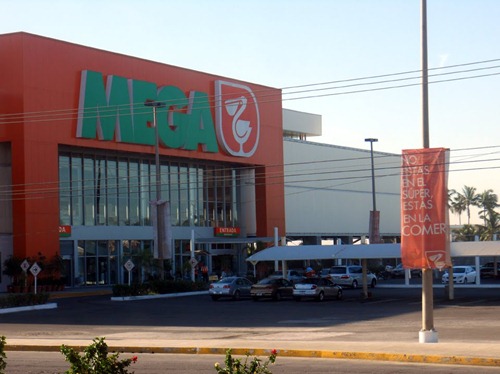 Ice cream, particularly, is sky-high, with a quart of Haggen Dazs costing about $8 (even though we’re on vacation, we couldn’t quite bring ourselves to pay that one).

That none of the taxis have meters.

Instead, you negotiate the price ahead of time.

They start high. You bid low. Then you reach an arrangement somewhere in the middle.

It’s kind of fun…except when there’s a guy literally yanking your shopping basket toward his taxi while insisting that you pay a fare that you don’t think is, well, fair. 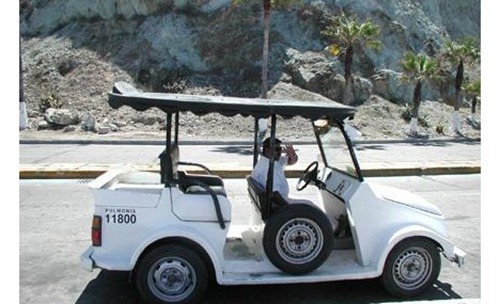 This is a pulmonia, or open-air taxi. The word pulmonia literally means pneumonia, but we’re not too worried about catching that here.

That lots of people wear JEANS. 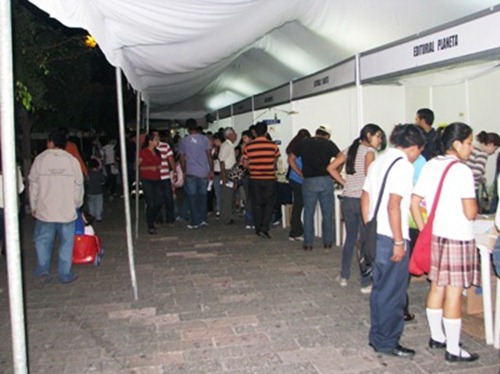 When it’s 95 with a heat index of 100+ outside, the last thing I want touching my legs is denim. But, even though I’ve seen plenty of shorts and some skirts, I’ve also seen an inordinate amount of full-length jeans while we’ve been here. Makes my legs itchy just thinking about it! 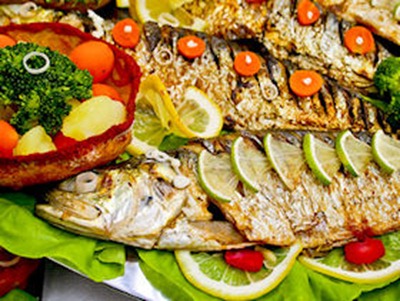 Okay, so the kind with the eyeballs still in (or even simulated) isn’t my favorite, and I had already started being friendlier to fish (if you can call eating them “friendlier”) a while back, but a simple lunch of grilled fish and veggies, in particular, convinced me that my lifelong aversion has largely been a result of eating the wrong kind of fish for my taste-buds.

Of course, then last night’s swordfish reminded me of exactly the kind of fish I don’t like at all. Bleh.

Ah well. Can’t win them all.

That everything is so dry. 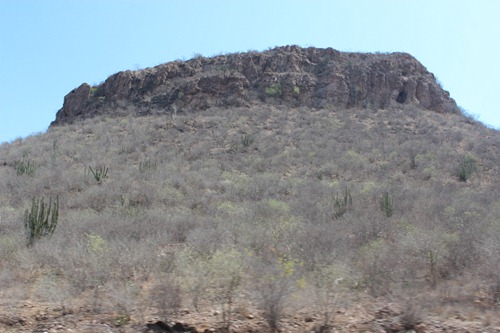 Everything except the air, that is, which is practically sagging with the weight of all the moisture in the atmosphere.

I live in East Texas, which is nowhere near the ocean, but other than that, the climates of Mazatlan and where I live are extremely similar for this time of year.

And where I live is GREEN.

Green grass, green trees, green vegetation everywhere you look (at least until summer REEEEEALLY kicks in at which point, it gets a bit brown).

Here, it’s a bit more desertish, with pops of red and yellow from trees like this tabachin: It’s pretty but not what I was expecting at all.

Apparently, their rainy season is from July to November (or so), and I would be very interested in seeing what happens to the vegetation then.

And a few bonus discoveries (don’t know if they count as “surprises” or not):

Mandarin Gatorade (so much better than orange)

Cookies and Cream Oreos (okay, so I haven’t tried those yet, but we bought a sleeve of them last night, and I’m intrigued)

{And, yes, I realize those are all food-related…we’re on vacation!}