The older I get and the more kids I have, the tenderer my heart gets toward the plight of the hurting.

I’ve never been one to gloat in others’ suffering, but I’m a “fairness” girl, and that strong sense of justice and balance doesn’t lend itself naturally to compassion.

It does tend toward thought patterns like, “She got herself into that mess. She should just suck it up and get herself right back out again.”

{Never mind that when I’ve gotten myself into a pickle, I sure do want other people to feel sorry for me…maybe I’m not as all-about-fairness as I thought} 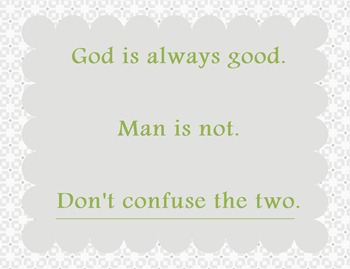 How attractive (and Christian) of me, right?

But more and more, I find myself understanding the meaning of the phrase, “It makes my heart hurt…”

Before I had kids, I could hear about tragedies involving young children and think, “How sad,” (and mean it), but at least a sliver of my emotions was never fully engaged.

Now, I hear about a child suffering, and my stomach clenches like a fist, while bile rises in my throat. And, it’s true—my heart feels a literal squeeze of pain.

But it’s not just the young and helpless that get to me now. Tragedies just hit me harder than they used to because I automatically think things like, “What if that were my child?”

So, when I heard about the young gunman who walked into the movie theater in Colorado Friday morning and took the lives of 12 people and injured dozens of others, I felt…bereft.

And it wasn’t because I personally knew anyone in that theater.

It was just so wrong. And sad. And sick.

The most twisted part to me was the fact that he released some sort of gas bomb before he started shooting.  I haven’t heard anyone say that this was the reason, but I can’t help but think that he set the bomb off so that he could get people out of their seats since it’s a lot easier to pick off your prey when it’s running around in a blind panic instead of sitting down, protected by seat backs.

I was talking to my husband (who’s still in California) about it on the phone later that day, and I said something like, “What kind of place do we live in that anyone would do such a thing?”

And it’s so true.

Every single day, atrocities like that shooting and worse (if there are degrees of such things) happen in every corner of this fallen planet.

And it just made me feel so defeated. So…sorrowful for the state of humanity.

But then, today, after a hectic morning (8 AM BODYCOMBAT launch practice + teaching 9 AM BODYPUMP on an almost empty stomach + a $6 smoothie that was supposed to help my shaking muscles recover that instead got dumped all over the van’s floorboard {it got replaced} + an ill-advised Goodwill run with a very tired toddler), I found myself at Sam’s with a basketful of groceries and nothing with me to pay for them (I sometimes forget to bring the credit card they accept with me when I go).

My hips were aching as I hauled Della out to the van for my checkbook, and I couldn’t help but feel a bit embarrassed by all the pitying glances as I hobbled my way out into the 98+ degree weather, looking very pregnant and, well, yes, pitiable.

Somewhere in the sweaty slog from the store to the car and back, Della fell asleep on my shoulder, and before long, her head had slipped down to my chest, and the entire weight of her little body was slumped against my belly.

When I got back inside, for one brief moment, I had a horrible sinking feeling that someone had taken my basket because I didn’t see it right away.  So, the relief I felt when I did locate it less than 10 feet away from where I’d left it was acute.

I made a beeline for the checkout, prompting several, “Bless your hearts” (it’s Texas after all) and, “She’s just plumb worn out, isn’t she?” (were they talking about Della or me?) along the way.

I tried to smile, but I was on a mission: get the heck out of Dodge.

So, when I rounded the corner—dragging my oversized basket behind me with one hand—and one wheel struck the pallet I was trying to maneuver around, the frustration I felt was considerably more acute than the relief from two minutes before.

A lady in the adjoining line apologized profusely for being in my way, and I’m sorry to admit that I felt a flash of irritation because she was in no way blocking my path, and I felt like she was patronizing and feeling sorry for me because of the sleeping toddler/big belly combo.

(My annoyance quickly turned to shame when she helped me dislodge my wheel).

Now, some people are good at asking for help. (In a positive way…I’m not talking about “mooching”).

I’m not really one of them.

I can be climbing the gym stairs with three bags and a toddler, plus two other littles trailing me, and, 7 times out of 10, I’ll still try to open the door by myself even if there’s someone else around.

I actually think this response is a fairly prideful and ungracious one, and it’s something I’m working to get better at—this whole letting others help me thing.

But, in this case, I was “plumb worn out,” physically and emotionally, and I was so focused on how to get my membership card out of my wristlet (which was, of course, attached to the arm holding Della) that I didn’t notice a lady standing at my elbow at first

And then I heard her say, “Could we help you put your things on the belt?”

And my knee jerk response was, “No, thank you.”

But something—the Holy Spirit?—kept those words from tumbling out of my mouth, and instead, I said, “That would be great.”

Before I could even think why, tears were stinging the backs of my eyes, which, if you know me at all, is not how I usually roll. And I felt a stab of panic that the already-to-be-pitied, pregnant, toddler-holding (thank goodness the boys weren’t with me!) mama was going to complete the image of harried helplessness and start blubbering right there in the Sam’s checkout line.

I kept my head down and concentrated on pulling things out of my cart and myself back together. And I was doing a decent job of both until I thanked the woman’s husband, who was helping too (including extracting a large case of chicken broth from beneath the basket that would have been practically impossible for me to get to), and he said, “No problem. It’s what I would want someone to do for my wife.”

He didn’t know me, so he had no clue that my husband had been gone for two weeks, but somehow that made his simple paraphrase of Luke 6:31—which says, “Do unto others as you would have them do unto you” (or your wife, as the case may be)—all the more soothing of a balm to this frazzled mama’s heart.

I fought back tears of gratitude and humility (or whatever the correct noun for feeling humbled by something is) all the way to the van…right up until the guy rounding up the carts saw me struggling to strap sleeping Della—blankie and all—into her car seat and offered to load my groceries for me.

By that point, I had stopped caring about being pitied and was just grateful that I’d thought to bring my big, bug-eyed sunglasses with me because the tears were streaming down my cheeks.

I climbed in the driver’s seat and let the air-conditioning cool my hot face as I pretty much sobbed for the next 10 minutes—partly because I’m hormonal and haven’t gotten just tons of sleep this week and partly because I was so overwhelmed with thankfulness for a series of simple, yet profound acts of kindness.

The next thing I’m going to say is going to sound a tad sacrilegious, but at least let me explain before you grab your torch and pitchfork.

If, as Shakespeare claims, there is such a thing as “the milk of human kindness,” then I’m pretty sure that makes God the cow.

After all, we are created in His image, and any capacity for love and selflessness comes from Him.

And I was privileged to witness that capacity several times today, a mere 36 hours after I had contemplated the senselessness of the deaths caused by another human being who had also been created in God’s image.

I believe that James Holmes (the shooter) was crafted in God’s image every bit as much as you and I are.

Sadly, in the less-than-perfect state we now live in, some of God’s attributes in us—including His justice, His holy jealousy, and, yes, His righteous wrath—can become so warped as to be nothing more than ugly mockeries of how He intended them to be.

Regardless of our divine blueprint, because of free will, we still have the ability to “go to the Devil” to a spectacular—and tragic—degree.

With the depraved, demonic actions to show for it too.

I had to take a break from this post to go pick up my boys from my mom’s house, and when I came back, a friend of mine had shared a blog post from a woman who was in that theater when the shots began and was convinced, at several points, that she and her two teenaged daughters were going to die.

Even so, she was even more firmly convinced that—regardless of whether she met her Maker that night or 50 years from it—God was good,

In fact, she wrote the post, which is very well expressed, as an answer to those asking—either genuinely or contemptuously—“So, do you think God’s merciful now?”

I’m so glad I saw what she wrote before I finished my post because two specific things she said stood out to me and were on my heart as well:

1) “(God) is not the cause of evil, but He is the one who can bring comfort and peace in the midst of evil. It’s been amazing to see the outpouring of love from so many people after this unthinkable act. Yes, there was one evil act, but it is being covered by thousands, possibly millions of acts of kindness.”

Don’t get the two confused.”

I certainly couldn’t have said it better.

Except, perhaps, to add:

Sometimes, man imparts His goodness to others.

And it’s a beautiful thing.

I’m praying that I’ll be the milk of human kindness to someone who needs a little refreshing this week, and I pray that you will too.