Despite the fact that I write a blog, I am a technology doofus.

So, when I load pictures onto my computer and…nothing happens…it’s a very bad thing.

Especially when I already selected the “delete everything on the card” option (and that part worked…go figure).

And especially especially when my very techno-savvy hubby’s not around to bail me out.

So, the very fact that Try-it Tuesday even exists today (however tardy) might be one small step for you technology-loving folks out there, but it’s a pretty giant leap for the aforementioned technology doofus (me).

You might have noticed that, in most (um, all?) of my tutorials, my fingernails are painted.

And, if you’ve been reading for a while, you know that’s not because I just love to sit around painting them but instead because I have really terrible fingernails, and I refuse to subject you guys to frequent viewings of them in their usual cracked, peeling, and otherwise pathetic state.

Well, today’s Try-it Tuesday is no different than any other in that my fingernails are painted, but it is a bit unusual in two regards:

My usual MO is to paint my ultra-short nails some funky color or other (sometimes even 5 different colors) because anything fancier just isn’t feasible.

French manicures, while pretty, don’t exactly look great when they have to fake the white part of your nail because it doesn’t naturally exist on its own.

However, by a happy combination of pregnancy, prenatal vitamins, and several manicures over the last month and 1/2 (more than I’d had in the last year, for sure), I’ve managed to achieve just the tiniest bit of nail respectability. 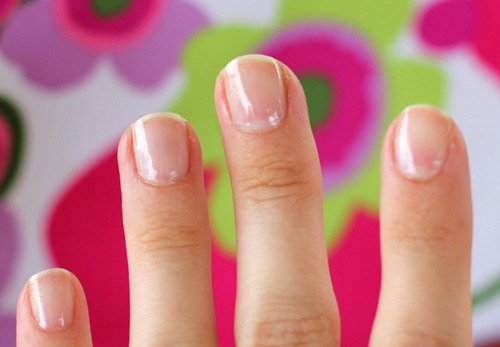 Yes, I know. That’s what most normal people have when they forget to clip their nails for a few days, but that is good for me, y’all.

So, in honor of my barely showing white nail bits, I decided to come up with and you show a way to get a salon-quality French manicure without actually going to the salon. 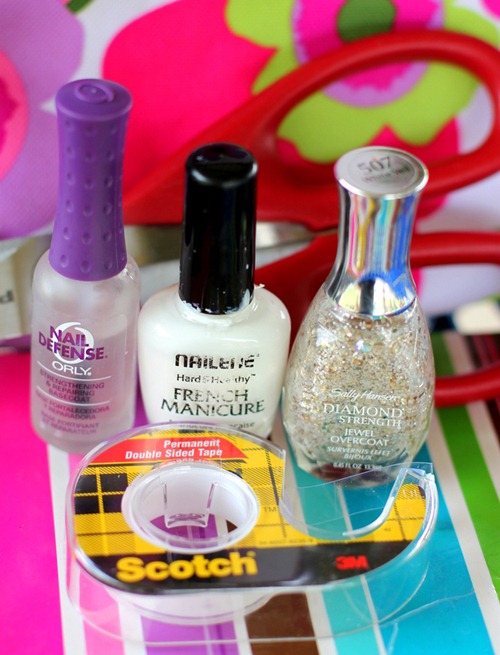 {Obviously, my bottle of white has seen better days}

1. The whole concept behind this “technique” is the same as taping off a room to paint it. Tape produces cleaner lines. So, I reasoned that the same could be true for manicures and began cutting fingernail-sized pieces of Scotch tape with slightly rounded edges (use the shape of your nails as your guide) so I could “tape off” my nails to get a nice, clean French line for my manicure. 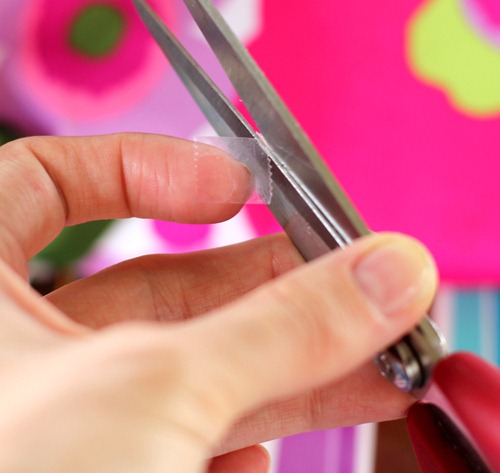 2. Next, I positioned by tape pieces on top of my nails, doing the best I could to evenly space them from the tips.

3. Then—and this is the most important part—I applied a layer of clear basecoat to the tips, making sure to brush some over the tape edge as well. This will seal your line and keep any color that you apply next from bleeding under the tape edge. 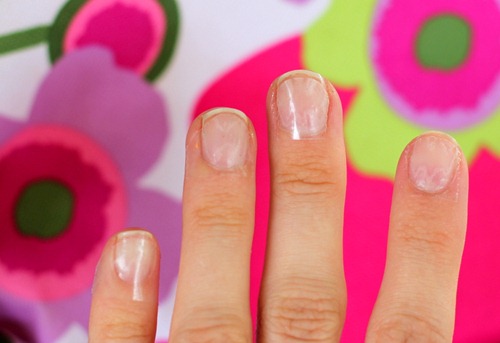 {All taped off and sealed with base coat}

4. Next, I applied my French white to the tips. 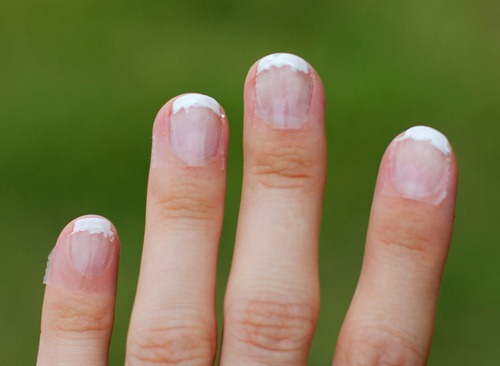 …then a layer of sparkle, just for kicks… 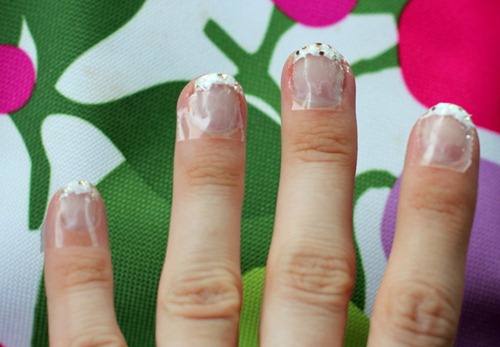 5. I let it dry for a good 10 minutes (while I pushed Della in the swing…yes, I photographed this entire tutorial at the park : )).

6. Then, I carefully peeled off the tape to reveal a surprisingly clean line. 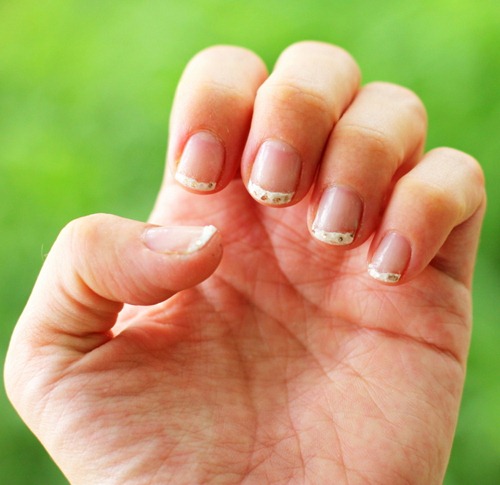 7. Finally, I sealed the entire manicure with a layer of clear, glossy topcoat.

Unfortunately, the glitter layer made it all a bit goopy for my tastes, and I was kind of curious to see how a solid color would do.

So, when I got home, I scrubbed off the glitter and, using all the same steps from above, dabbed on a hot coral shade. 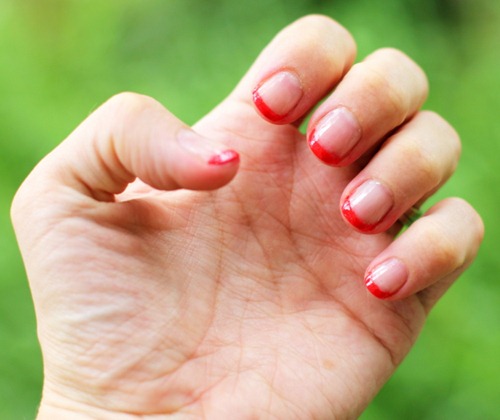 And you know what? I think I like it even better! 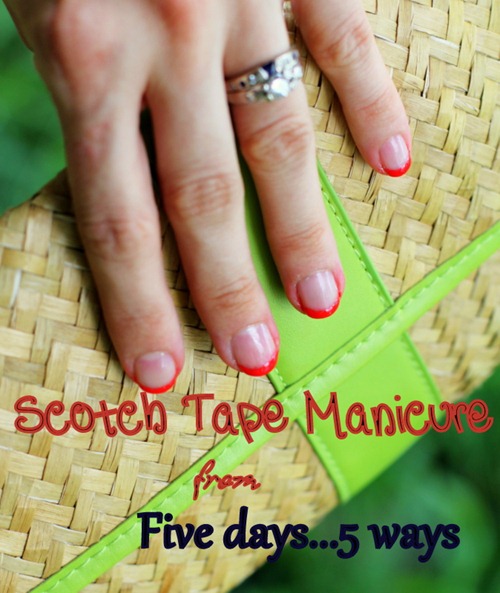 Now, if only I could figure out a way to keep my nails long enough to actually do this more than once every six months!