So, it’s never a good idea to start a post with a warning about how bad the pics are going to be, but I just can’t help myself in this case.

I’ve been meaning to show you how to make the Tomato Basil Flowers from the Enchanted Summer Dinner Party I hosted several months ago, but the timing was never right…until it had to be.

In other words, I had all the “ingredients,” I was making them for dinner anyway, and, by golly, I was getting this darn tutorial photographed.

However, after discovering that the batteries in both my Rebel and our back-up camera were dead (and I didn’t have enough daylight to wait for either to charge), I got a little desperate and decided to test out the camera on my Galaxy (phone).

I wasn’t too impressed.

Although…holding your phone’s camera to high standards when photographing anything in less than stellar light is a little like expecting your six-year-old (boy) to do a superb job of corralling the toddler while you have a sonogram—you know, so she won’t do something naughty like, say, completely cover her face with the raspberry lipstick she fished out of your purse while the 6-year-old was horsing around experiencing a lapse of attentiveness. 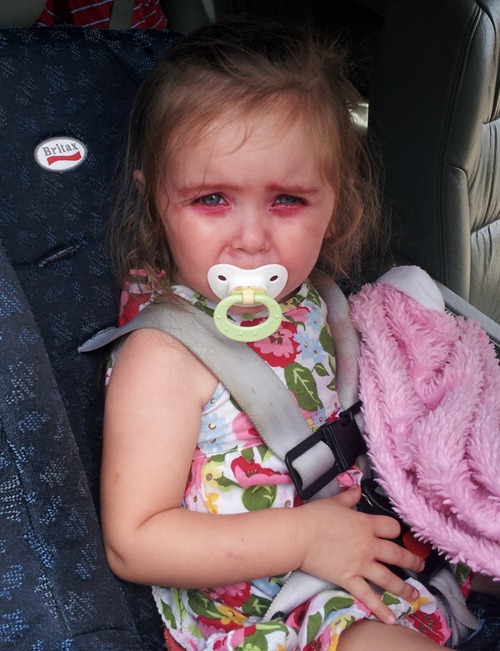 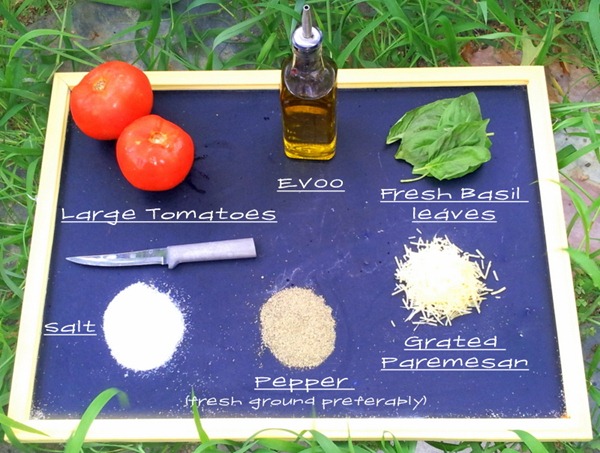 1. Notice that the point of the knife that I used is quite sharp. The better to make precise incisions when you do the only “complicated” part of the entire process, which is cutting a zigzag line across the middle of the tomato. 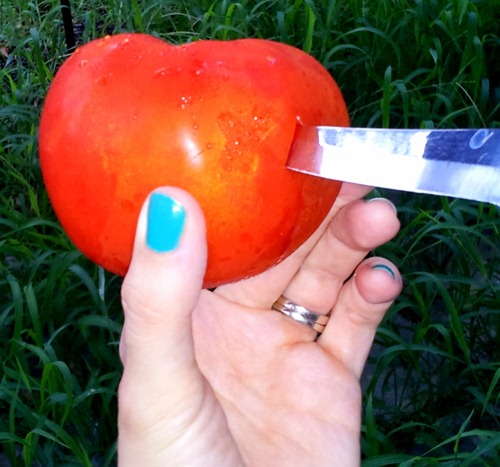 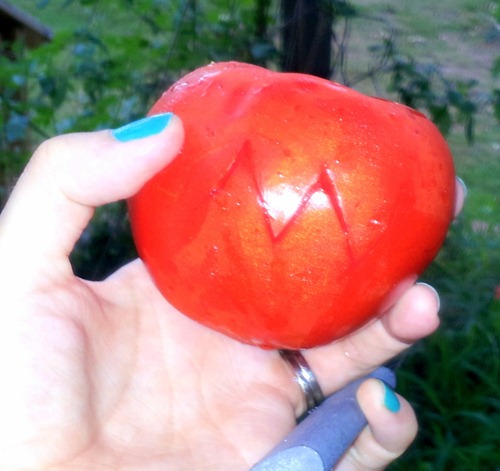 The only trick to this part is trying to make your vertical cuts as even as possible and making sure to push your knife all the way through to the middle of the tomato (otherwise, when you pull the halves apart, there will be bits that stick and tear).

2. Gently unfold the flower by pulling the two halves away from each other. If you’ve cut all the way through, they should pull apart easily. If you feel any hesitation, take a second to find the part that’s still attached, and use your knife to cut it free before finishing with the separation. 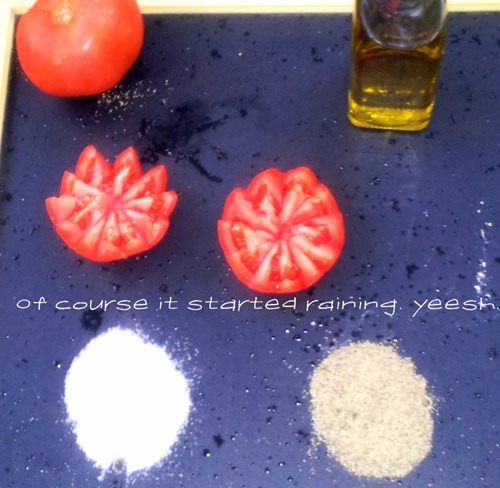 3. Preheat your oven to 375 degrees Fahrenheit.

4. Sprinkle your tomatoes with a generous coating of both of salt and pepper, then arrange your basil leaves in whatever formation looks prettiest to you. Finally add the parmesan cheese and drizzle the entire thing with olive oil. 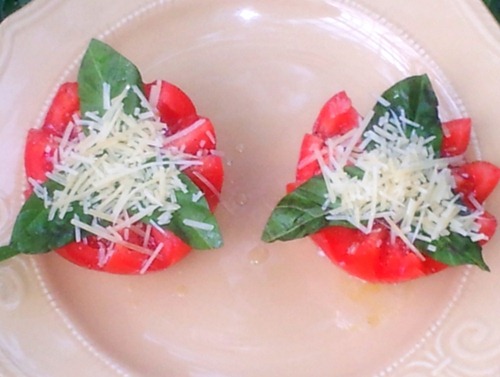 5. Bake on a cookie sheet for 15 minutes or until the tomatoes’ juices begin to run and the cheese melts.

6. Arrange on something pretty. 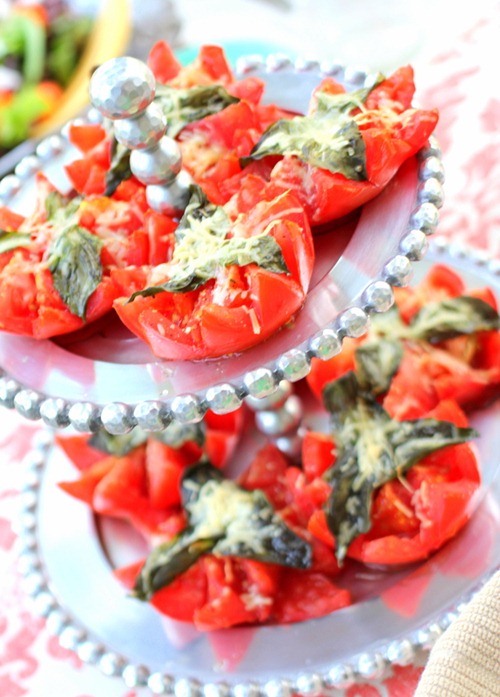 A very imperfectly photographed and yet completely delicious (and SIMPLE!) way to convince your next dinner guests that you spent hours slaving in the kitchen instead of a mere 10 minutes throwing together something yummy.