Today, I was going to show you my new “sofa-scape.” 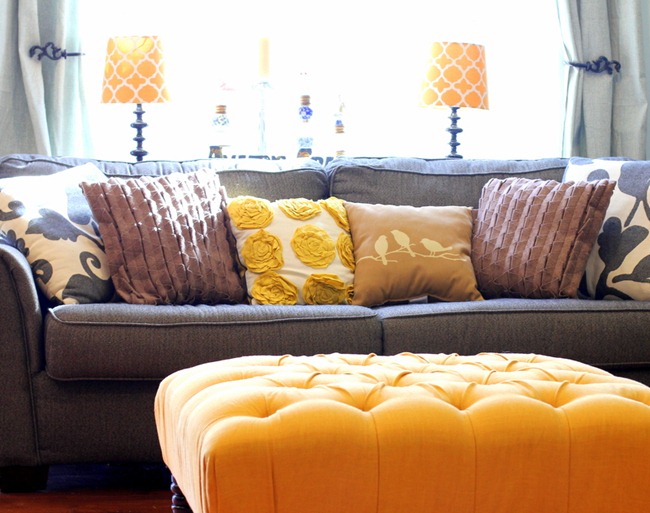 There is it—new pillows, a new ottoman, a few rearranged trinkets on the table.

But before I say anything else about it, I want to tell you a story.

I have a friend named Erin. She is kind and funny and a little goofy (in a good way). She loves to smile. She hates to exercise (she once told me she could never take one of my classes because she might dislike me personally for putting her through that kind of pain!). She is very quick with a compliment, and she has a heart for the downtrodden. She loves to eat good food. And she really loves Jesus too. She has a 5-month-old baby named Emily. And up until Friday night, she was married to a godly man—the proverbial love of her life—named Jason.

On Friday night, my brother called me right after I texted him about something, so I answered, expecting it to be about that. But as soon as I said hello, he said, “I think Jason Albright was just killed on Hwy 31.”

At first, I couldn’t even register his words. But as we spent the next five minutes both frantically searching our phones for scraps of information on the internet, and we realized that this young man—just 33-years-old—had, indeed, died, I started to sob.

And all I could think was, “If that were my husband, I don’t think I could take it. She must be so devastated!”

Shaun was sitting right beside me in bed, propped up against the headboard, watching in alarm as I cried into the phone receiver (it’s not a sight he’s particularly used to). At one point, I remember reaching my hand over to grab his arm because I needed to feel that he was real.

When Shaun and I were dating, we were a part of a group at our church called 20Somethings. I was the social event coordinator, and Erin and Jason were dating at the same time as well. So our paths crossed quite a bit. Erin was in a Bible study I was leading. She and Jason got married a month after we did. I can remember going to their little apartment to play Settlers of Catan when I was 9 months pregnant with #2 and getting up six times to go pee during the course of the game. (I remember Jason’s incredulous expression, and I imagined him wondering exactly how many times his wife would wake him up in the night with her bathroom breaks whenever she became pregnant with a baby of their own; I’m so glad he lived long enough to find out). 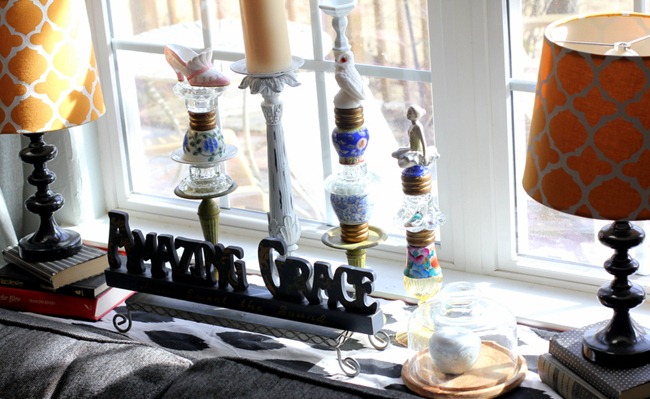 Since then, the Albright’s paths and ours have diverged a bit. We began attending a different church campus, and all of us have been pretty darn busy with, well, life.

In fact, when I went into my email to write Erin a note telling her I was praying for her, I noticed that the last message we exchanged was about how close her due date was to mine with the twins and how excited she was to get to meet her first baby.

But still, Jason’s death was just a little too close (Shaun will be 33 in 10 days)—just a little too raw and real and immediate. I had a hard time falling asleep that Friday night and woke up several times with a start, my heart pounding at the dream I’d just had about a good friend’s husband dying…and then sinking as I realized it wasn’t a dream.

I had BODY PUMP launch the next morning, so my head was swirling with choreography and preparations to get out the door in time. But my heart was with Erin. She’s such a gentle soul, and I couldn’t help but worry that Jason’s loss would crush her, in spite of her strong faith in the Lord.

So, what does any of this have to do with a silly little sofa-scape? 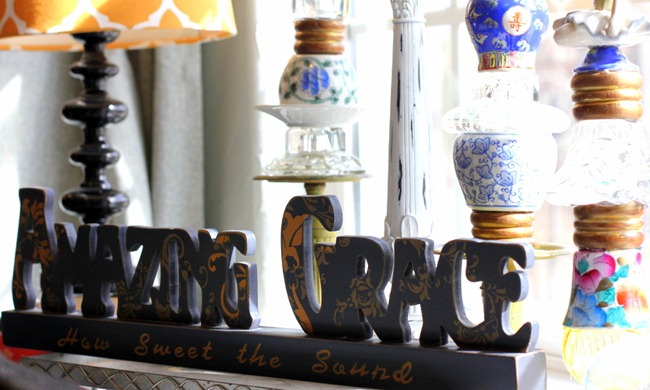 Well, I had done a little rearranging a few weeks ago, and I had my pictures all ready to show you this morning. But it wasn’t until I looked at them again that I was struck by the truth of that little sign:

“Amazing Grace, How Sweet the Sound.”

Last night, there was a gathering of friends to rally around Erin and support her in her grief—and also to remember Jason and how much they loved him. We weren’t able to go, but this is what Erin wrote about it on her FB page this morning:

“Jason’s sharing service was just so wonderful. I was upheld in prayer and love in a way that felt tangible. It was so wonderful to hear everyone’s stories. Jason was consistent- consistently passionate, dedicated, loyal, intelligent, loving, servant-hearted, silly, uninhibited, and so much fun. I hope he was listening. I think The Lord gave Jason his intense drive in life because his time on earth would be short, and he had a lot to do.
Amanda, the lady who Jason was trying to help move out of the road when he was hit, came to the service. We invited her and I am so glad she came. I want her to know my Jason, and the love of our Lord, and that no one blames her. She shared with me that right before the car hit, she was looking at Jason, and there was a light shining from his face that was so bright, she had to turn her head away. In the next second, the car hit Jason and the other man, and then rolled over Amanda’s arm, missing her head by inches. God was in that moment.
I am wearing Jason’s wedding ring on a necklace. It has deep groves etched into one side where his hand hit the pavement. When I rub those grooves, it reminds me of the kind of man he is.
Just now, as I was typing, I heard Jason’s cell phone alarm go off in the kitchen. It plays Bella’s Lullaby. I held his phone and listened to the music and cried. It was like he was here….We were able to find Jason’s phone on the side of the road the day after the accident. The screen is shattered and the battery was dead. Someone had plugged it in last night. At 5am his alarm for work went off, just like any other Monday. It’s time to wake up, Honey.”

I was so blessed by Erin’s perspective and strength (clearly, I underestimated her; and God).

And it had never struck me as odd until this morning that Amazing Grace is called a “sound.” Honestly, I think it means that the phrase “Amazing Grace” sounds sweet to the sinner’s ear. And yet, I thought about that ring-tone, singing in Erin’s ear and pictured her holding his phone close since she couldn’t hold him. And I’m sure that the sound was very sweet.

As Erin mentioned in her update, Jason was struck by an oncoming car as he tried to help a woman move her wrecked vehicle off of a very dangerous highway. He (and another man) died in a selfless act of kindness. And that woman’s life will never be the same because of it. Neither will Erin’s.

And neither, I hope, will mine. 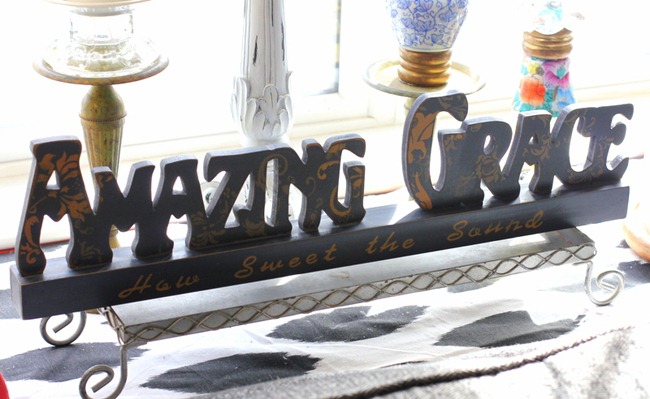 Amazing Grace, how sweet the sound,
That saved a wretch like me….
I once was lost but now am found,
Was blind, but now, I see.

T’was Grace that taught…
my heart to fear.
And Grace, my fears relieved.
How precious did that Grace appear…
the hour I first believed.

Through many dangers, toils and snares…
we have already come.
T’was Grace that brought us safe thus far…
and Grace will lead us home.

The Lord has promised good to me…
His word my hope secures.
He will my shield and portion be…
as long as life endures.

When we’ve been here ten thousand years…
bright shining as the sun.
We’ve no less days to sing God’s praise…
then when we’ve first begun.

Amazing Grace, how sweet the sound,
That saved a wretch like me….
I once was lost but now am found,
Was blind, but now, I see.

18 thoughts on “Move-it Monday: Amazing Grace—a sofa-scape and a way of life”