Remember how I wrote that post about dressing for your husband?

Because today’s post is all about a shirt that just about made my husband’s eyebrows shoot past his hairline. 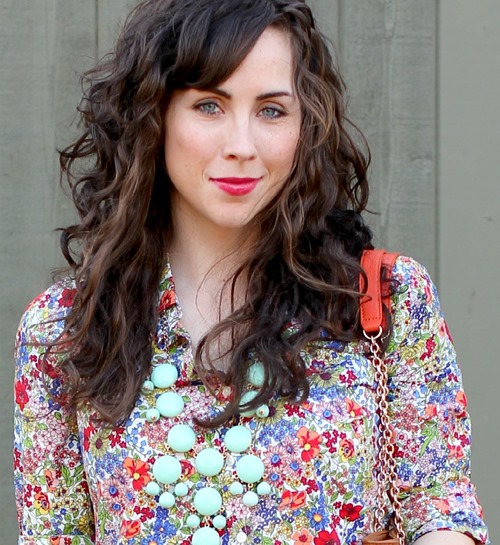 {Old Navy camp shirt—on sale for $17, but I had a coupon and some reward points, so it was pretty much free for me}

After my claims that my husband loves all things UNpatterned and neutral, it should come as no surprise that my loud, floral shirt was a bit of an assault on his senses.

It was even a bit much for me. But when I commit to something a little out there, I go hard, or I go home. (Which is, incidentally, where all of these pictures were snapped, so it’s perhaps not the best idiomatic expression in this particular instance).

In this case, “going hard” meant styling my attention-grabbing shirt not one, not two, but three different ways. 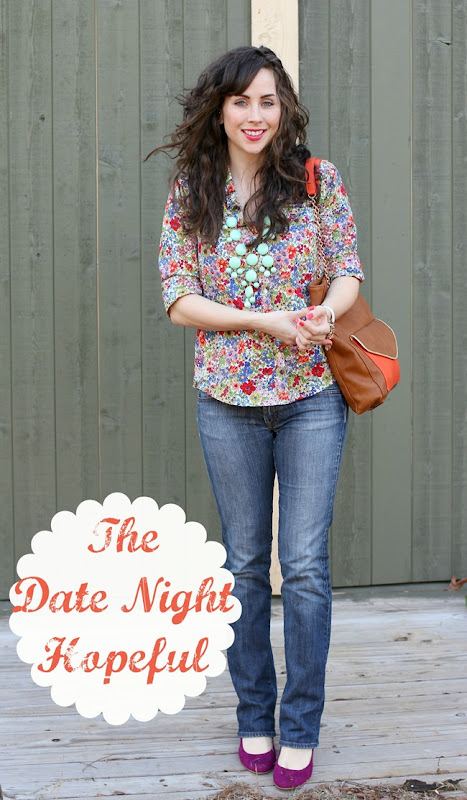 This is the look that I wore to church and which my husband found most palatable. In fact, he liked the combo of the jeans, heels, and necklace so much (although, let’s face it: it was mostly the jeans) that he said it almost made him like the shirt.

That is high praise indeed, people.

Which means that my flower-power shirt has at least a chance of making it out on a date night, provided that I wear husband-approved jeans and keep everything else pretty simple. 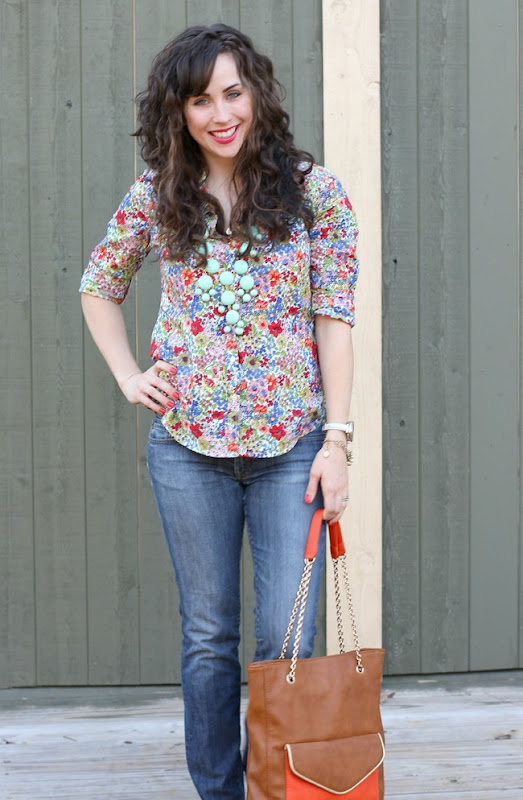 And then there was this version: 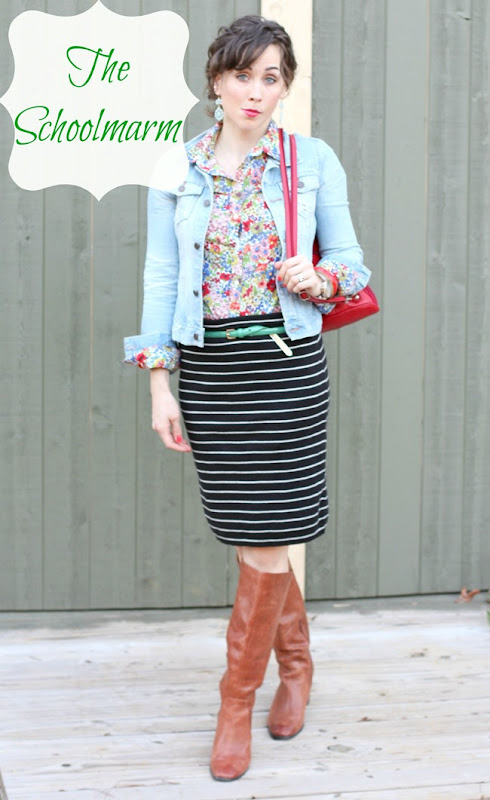 This is the version I would have worn to work when I taught high school Spanish. Let me assure you that it is important to wear bright clothing when you’re conjugating subjunctive verbs. The same goes for stripes with florals. There’s less chance of your students’ dozing off if they have that kind of visual jolt to keep them awake. 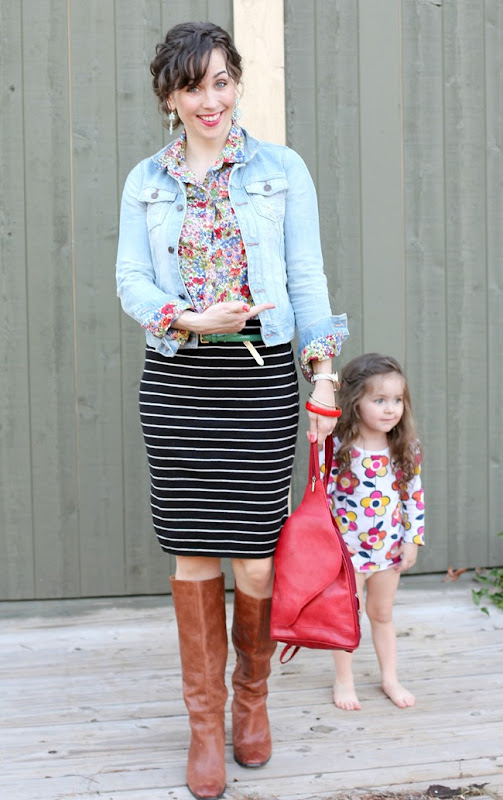 I feel like I post a lot of half-naked pictures of Della on the blog. She really is clothed and in her right mind (mostly) the vast majority of the time. But this is how she was attired when she noticed that I was taking pictures, and it took a bit of coaxing to convince her that Mama’s pictures did not have a prerequisite of a pants-less toddler to be complete.

And finally, we have: 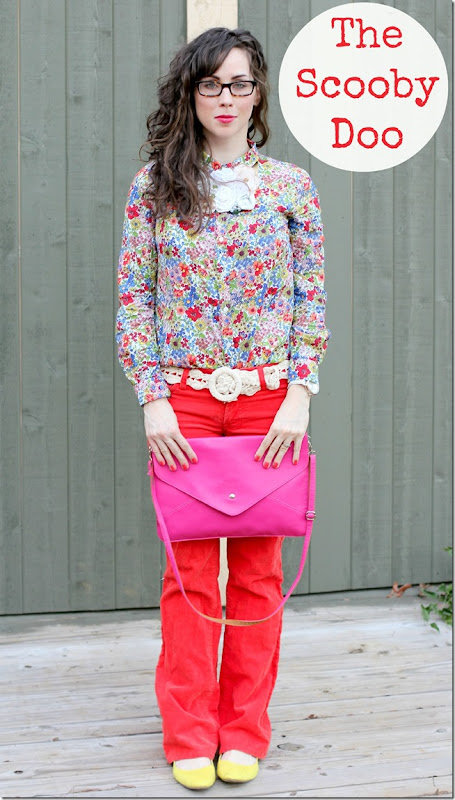 Allow me to tell you a story:

Once upon a time, there was a blogger who decided to write a blog post about wearing a brightly-colored floral shirt three different ways. In order to document this process, she needed a photographer. So, her obliging husband agreed to capture her efforts for posterity (oh yeah, and her blog readers).

But as he was photographing the option you see above, his brow wrinkled in a most quizzical fashion, until the blogger asked, “What is it?

And he replied, “I don’t know. You just remind me of something. Like from a TV show.”

Obliging husband: “Oh! I’ve got it. It’s Scooby Doo. You remind me of Scooby Doo.”

Blogger, eyes narrowing in an expression that the obliging husband would have done well to observe closely: “Scooby…Doo?” 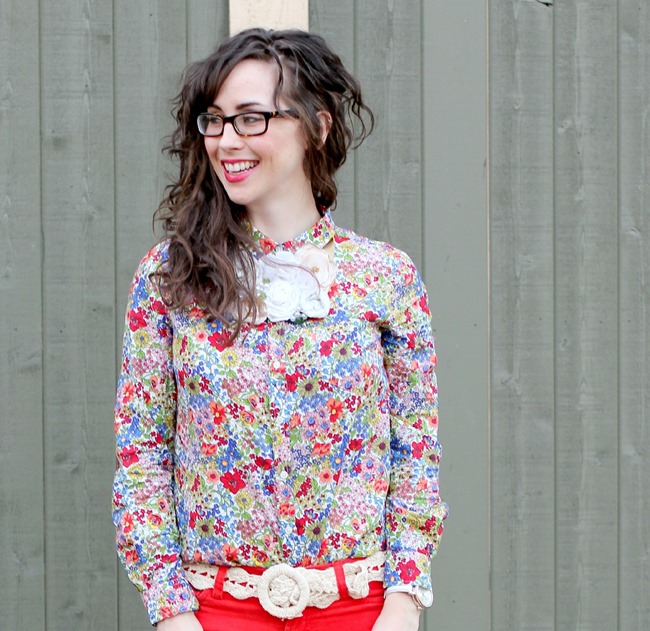 Of course, he immediately back-pedaled and compared me to Thelma and Louise, “Or somebody like that.” And I’m pretty sure after decoding it all, this is who I was reminding him of:

I guess I’ll give it to him. 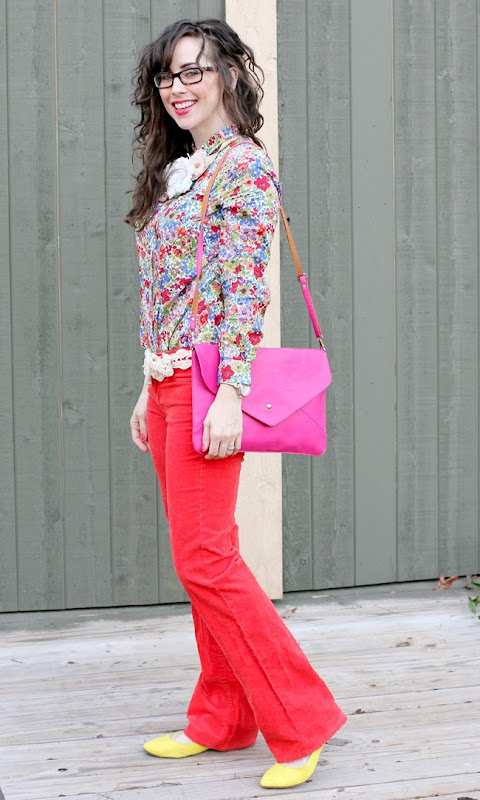 So, what do you think of my loud shirt?

It is screaming STYLE!!! or just screaming?

Did you have a favorite among the three versions?