Well, I said yesterday that there was one day to go until spring had officially sprung. But something about that didn’t sound right. So, I said to Shaun, “It’s the 21st, right? The change in seasons? It’s always the 21st. Right?”

And he agreed that, yes, the 21st sounded right. Turns out we were only half right. I googled it and discovered that the first day of winter and summer fall on the 21st of their respective months.

Oh well. I suppose that my post for today is still legitimate, since it’s all about the little spring-y happenings around these parts. And it’s been spring for a whole day already. 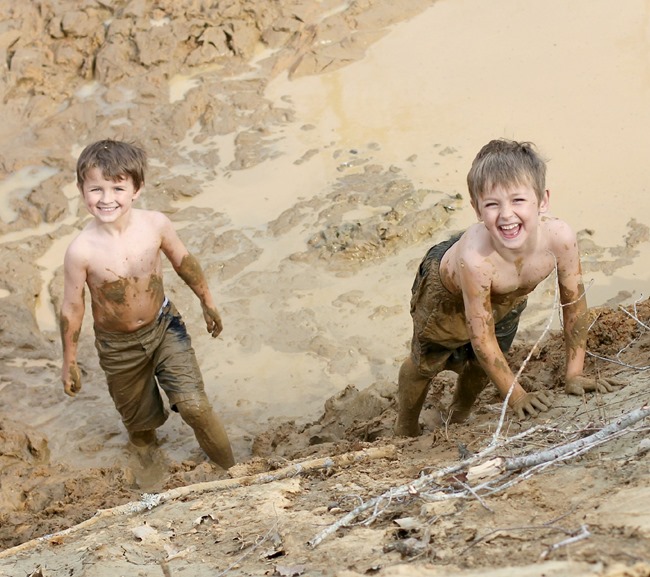 We have a pond. Sort of. More like we have a giant muddy hole in the ground that more or less holds water. But that “less” part means that it never stays completely full, and the water quality could be described as “cloudy,” at best.

So, we got a man and his very large, intimidating machine to come in and pump the water out so we could, after 3 1/2 years of living here, finally have something that is more pond than giant mud-bath. 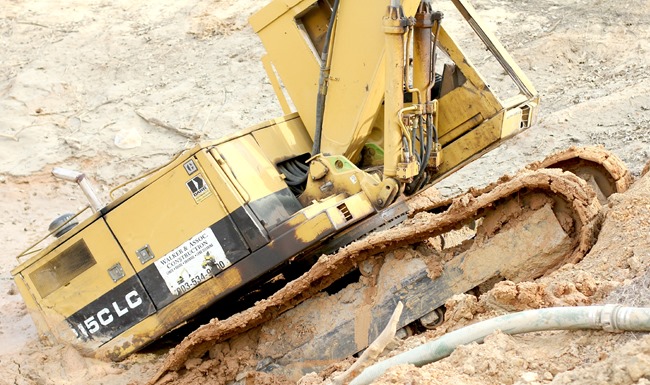 So, in the meantime while the “dirt guy” finds a truck big enough to pull his fancy doohickey out of our mud, my husband came up with the brilliant idea to do a little wallowing. 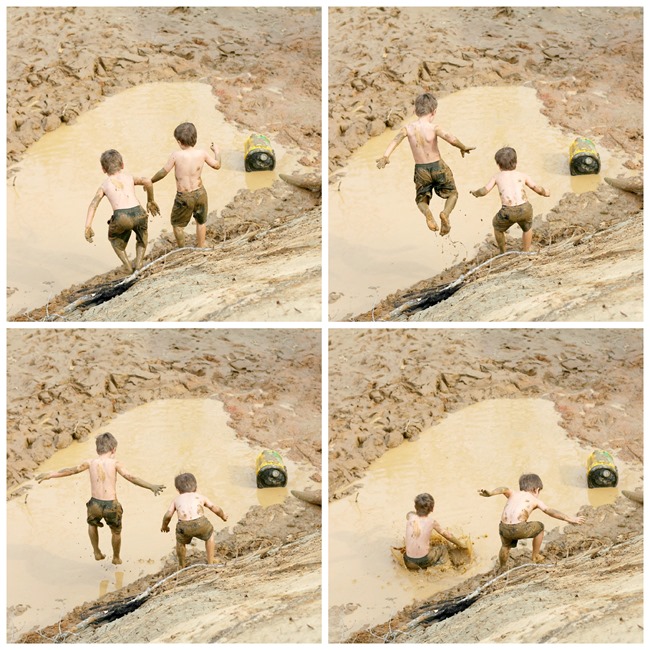 To say that the boys loved it would be a little like saying that Southerners enjoy saying “y’all.”

I’m not sure they’ll ever stop talking about this day. 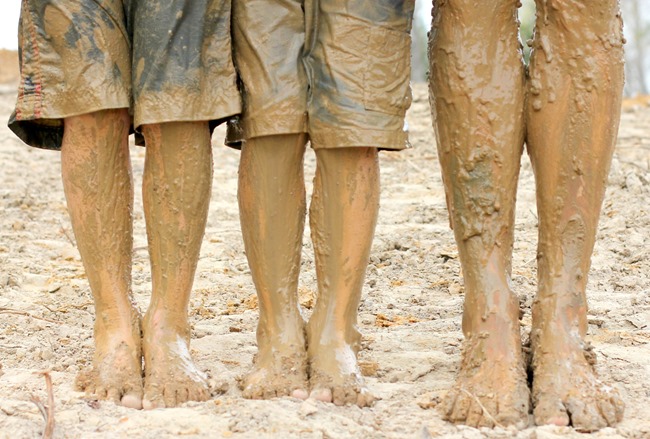 Yup. It was epic.

While her brothers won the award for most dirt particles per cotton underwear thread, Della ran around in a decidedly spring-ish outfit.

She became enamored of a particular stick, so I decided to do a photo shoot with her and her stick. 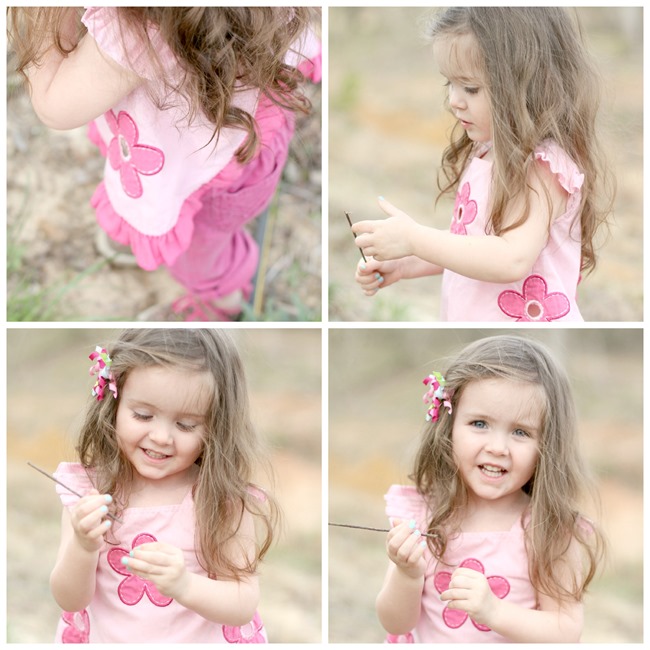 Dang. That girl. I regularly consider offering her to GAP, Gymboree, and Osh Kosh, only to say, “Soooooorrrry! Nothing doing!” when they all show up at my door clamoring to have her star in their next ad campaign. Twisted? Yes. But I sure do think my girl is purdy. 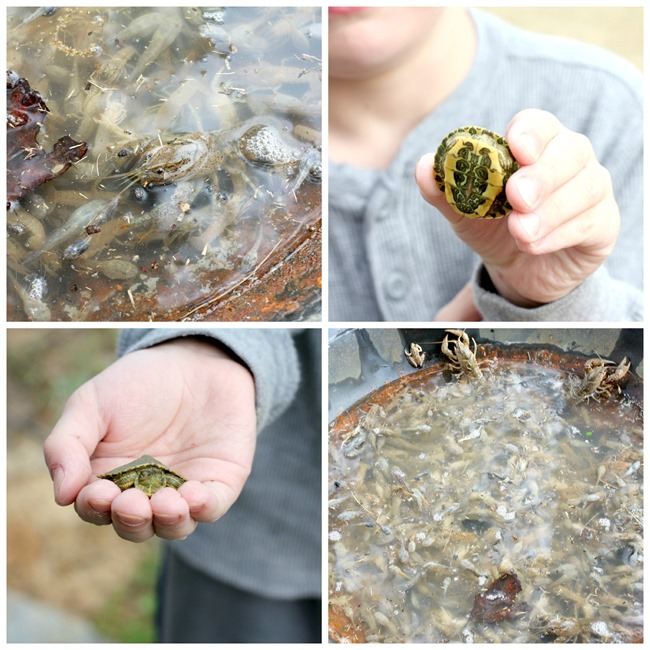 There’s not much point in stumbling around in the mud unless you come back with a whole mess of critters like minnows, frogs, crawfish, and the teeny-tiniest, most intricately patterned little turtle you ever did see. 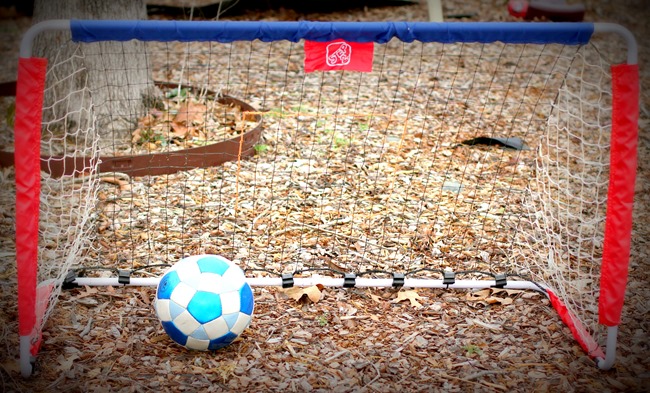 We’re training hard for our first season. And by “training hard,” I mean piddling around the in backyard and trying to remember not to pick the ball up with our hands every few minutes. 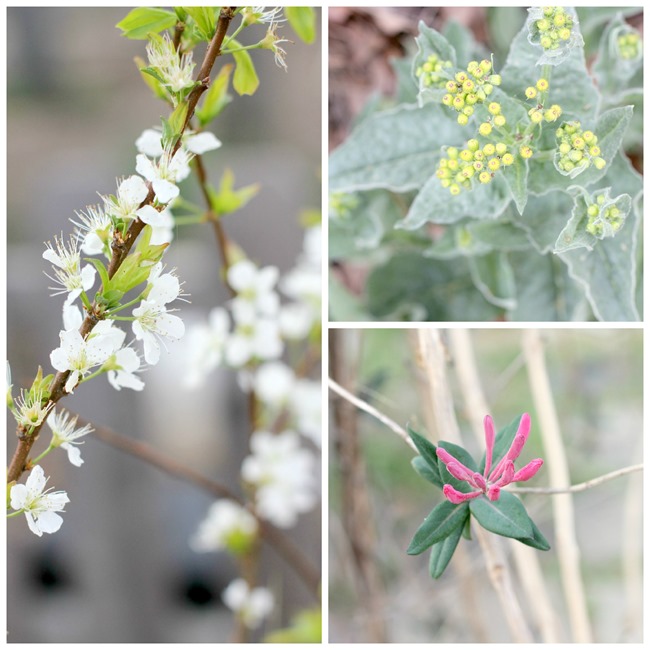 What signs of spring have you seen lately?