NICOLE who said: “My favorite thing about spring is the lovely weather.”

Email me at blogabbie{at}gmail{dot}com, and we’ll get you squared away with your goodies.

Also, I posted a little late yesterday due to technical difficulties, so if you missed Kristie’s hilarious plan of action for reclaiming her bathroom, you totally need to swing back around and check it out!

On Monday, I went to BODYPUMP at the gym, and while I was there, I met a new friend. Her name is Meredith, and although we only got to chat for a bit, I have a feeling that we’re going to get along just fine. 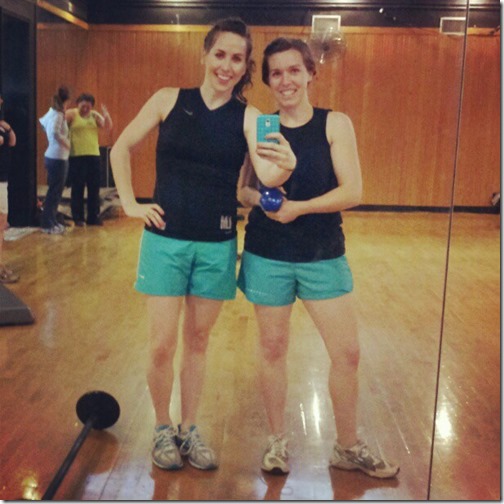 Because we have the exact same taste in workout fashion, that’s why!

Funny story: I introduced myself to Meredith before class, and we talked briefly, and then after class she said, “You know, at one point I looked in the mirror and saw myself…and then I realized it wasn’t me. It was you!”

I laughed and then asked if we could take a picture together. And Meredith, being the chill chick that she is, didn’t say, “What? Are you a freak? I just met you! Why do you want to take a picture just because we‘re dressed alike??!”

Nope. She just smiled and said, “Sure.” Still, I felt compelled to explain to her that I wanted the picture to show to my blog-readers and ask her if she was cool with that. She said she was, and then cocked her head and said, “Were you just featured on the Nester?”

And it was the funniest thing because I—or the twins’ nursery, rather—totally had just been featured by the Nester two days before.

And my new friend Meredith, who just so happens to live where I live now, and had just started going to my gym two weeks before, had seen it!

That doesn’t happen to me very often, folks.  But it totally made my day!

Speaking of features for the twins’ nursery, this has been a banner week for that—with shout-outs from The Nester,as mentioned,  Centsational Girl, I {Heart} Naptime, It’s Overflowing, and even (squeal) Apartment Therapy!

And speaking of features for YOU… 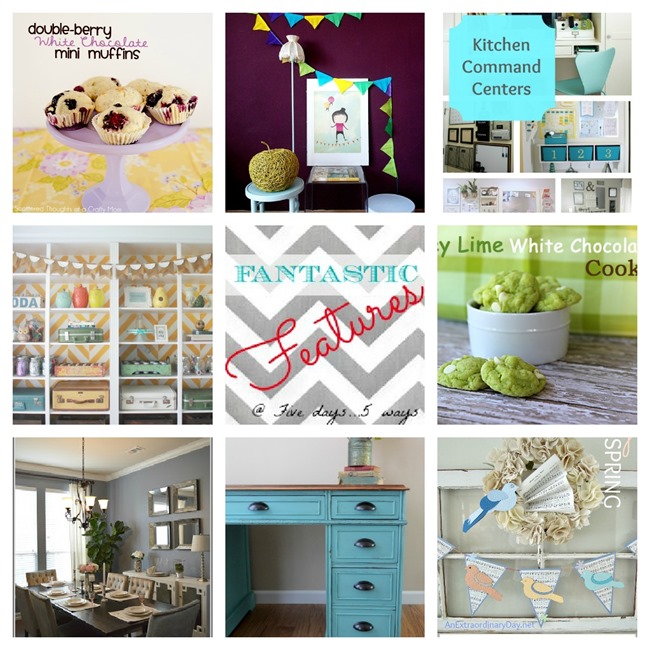 5. Decorating a Vintage Window for Spring from An Extraordinary Day

7. Dining Room Tour from A Lived in Home

If you’ve been featured, feel free to grab a button from the left sidebar and brag about it, and as always, I’d love for you to grab the party button:

Oh, and you can always find me around these parts too:

And now it’s time to party on!