So, if you saw my title for today’s post, you may have thought that it sounded oddly familiar. Like maybe it had been beaten into your brain by a major branding company or something?

Or maybe you immediately recognized it as the vague-generality-that-sounds-so-deep that Johnson and Johnson came up with to promote their line of baby products.

Either way, if you’ve had a baby of your own, then you know just how insightful the folks at Johnson are.

Having a baby does change everything.

Your heart is suddenly capable of housing more love than you ever thought possible. You’re functioning on less sleep than you ever imagined you could. And one of your legs is longer than the other.

Okay, maybe that’s not exactly what happens to everybody, but today, I thought it might be fun to talk about the ways that our children have changed us on a very deep (and often painful) level.

And since I’ve had 5 babies, it only seems fitting to share 5 things about the ways having a baby (or several) really has changed everything in my life.

As you might have guessed, that one-leg-longer-than-the-other thing is an actual example of something that happened to me.

So, I don’t guess it’s too surprising that my hips are a bit wonky after his departure from my body. And that wonkiness has resulted in a leg length discrepancy of at least 1/2 an inch. 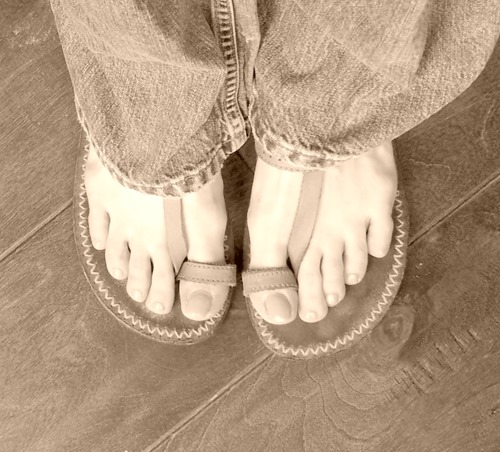 It took several episodes of trying on jeans and wondering why every manufacturer had suddenly decided to start making one pant leg longer than the the other for me to figure out that I was the common denominator in all of these ill-fitting pants, and the problem might be me.

Of course, that’s not the only way that Simon left his mark.

I now have a rib that is permanently “bent,” for lack of a better term.

Simon was so big that he was constantly bumping up against my ribcage, especially on the left side, which resulted in a very sore spot for the last two months of pregnancy and then even after he was born. What I didn’t realize is that, apparently, you can have a broken (fractured, cracked, displaced?) rib without enormous amounts of shooting pain. How else do I explain the fact that one of my left ribs juts out at an odd angle that can be felt and, when I lie down, even seen.

Not that everything he did to me is necessarily bad.

I didn’t notice anything until after I had Della, so I’m not sure exactly when I had my adult growth spurt, but at some point or another, I had the urge to re-measure myself on a hunch that I had grown. And, sure enough, I was a solid 5’ 6 1/2”.

Should it actually possible for a grown woman to grow 3/4 of an inch? Probably not. But possible or not, I did it. And I have multiple re-measurements since that initial discovery to assure me that it actually happened.

My memory isn’t what it used to be. At all. 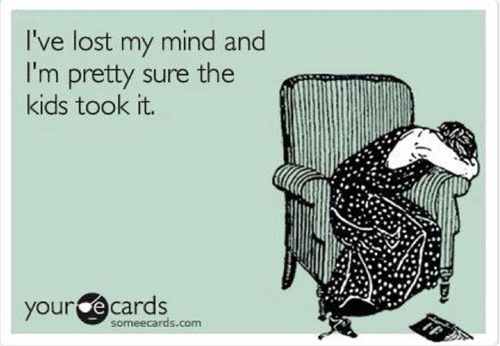 I am now capable of setting things down in random locations and having no recollection whatsoever of having done so. It’s frustrating and disturbing and just plain worrisome (especially when you think about my twilight years; I’m never going to be able to find my teeth when I need to go to the grocery store).

When I taught high school Spanish, my #1 “party trick” was learning every last one of my kids’ names the first day. I never taught at huge schools, but sometimes that meant learning 100 names in a day.

I’m pretty sure that if my life depended on pulling that stunt these days, you’d have to go ahead and shoot me. I teach an average of only 3 classes per week at the gym, and there are still participants’ names that I don’t know or have asked multiple times and still have trouble remembering. I look at them when they tell me their names, expecting to be able to recall them magically when I see their faces again, as in days of yore. But instead, I see them again, and—to quote Kathleen Kelly—“my mind goes completely blank.”

I don’t like it at all. I want my old brain back. But the kids took it, and they’re not telling where they put it. Source: Uploaded by user via Abbie @ 5days5ways on Pinterest

I’ve never had trouble with insomnia. At all.

But neither have I been known to go “lights out” in the middle of a sentence. Until I had my kids, that is.

Shaun and I pray before we go to sleep while we’re in bed each night, and a few years ago, I had my first instance of “prayercolepsy.”

Me: Lord, I pray that you would help so-and-so to find a job and that sh…

Shaun: Boo…BOO?? Did you seriously just fall asleep in the middle of a word??!

At first, I could hardly believe it. At least it was a fluke, right? Turns out, not so much. I’ve done it multiple times since, and it seems to be contagious since Shaun’s been known to fall sleep mid-prayer as well.

I could go on, but I really think that’s enough from me for today.

You guys are a different story, though. I bet you have all kind of “changed forever” tidbits to share.

So, spill! How has having babies changed everything for you?