Welp, I had the best of intentions to reveal the Thrifted or Grifted results yesterday morning, but—by golly—life just got in the way. It’s almost like it doesn’t realize I have blog-readers to update sometimes.

Hopefully, I didn’t keep you on tenterhooks for too long, though, because I am doing the big reveal this morning. Are you ready?

58% of you were convinced (or, if the comments are any indication,  marginally, somewhat, sort of, kind of leaning toward) that Option B was 100% thrifted. 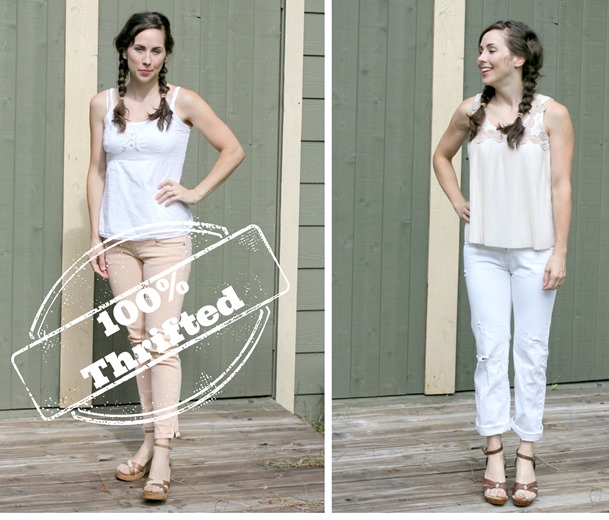 RIGHT! (golf claps, all around)

Why, yes, it does look like the grifted version of me is mocking the thrifted one (who doesn’t look happy about it), but honestly, if you looked at the breakdown of the outfit costs above, I don’t really know what she’s laughing about. Yes, they’re both cheap (because I don’t do expensive), but the thrifted version is considerably cheaper, (by  2/3).

Also, I found it interesting that several of you used the fact that the thrifted pants had slits (they were actually zippers) and their washed out color as an argument for their not being current, since the exact same jeans seem to be currently available at Macy’s.

In any case, the winner of the 5 free entries into our giveaway (TODAY!) is:

Susan, who said, “I think option B is thrifted! It’s very cute, but not quite as polished as A, and I feel like maybe I have seen you wear that top before? The top in option A looks very high end, with detail I think you might be willing to pay a little more for. You look adorable in both though! Thanks for caring enough about your little readers to do one of these posts, even though you must still be tired from all of your wedding festivities. : )”

I picked her comment because a) Dude, Susan. That is some serious attention to detail. I think she might poll her uncle’s cousin’s sister’s best friend if it came to that! and b) Susan was kind enough to thank me for doing something that I absolutely love doing already (well, the dressing up part’s just okay; but the interaction with you guys is a blast!).

So…what about this here giveaway I keep mentioning?

Well, today, you have the chance to win $50 to an awesome online company called Novica. They were nice enough to partner with me once before, and I am thrilled to give you another chance to win!

They have all kinds of unique, often hand-crafted items like this fun rug: 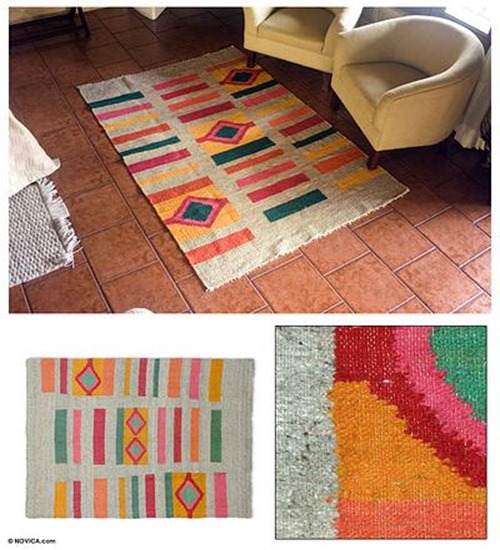 And this pretty pearl flower necklace: 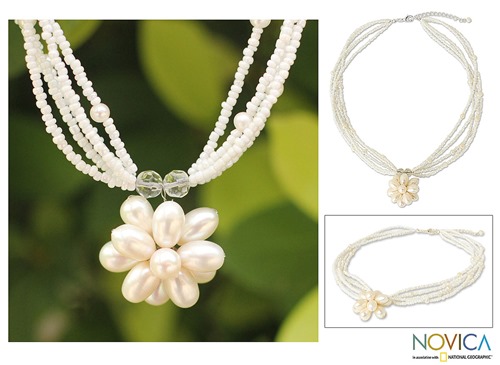 …either of which you could completely pay for with your $50 gift card if you win!

All you have to do to enter is fill out the easy Rafflecopter form below!

And once you’ve entered the giveaway, you might as well link up your awesomeness at this week’s party!