My brother likes to use the word, “stupid,” as a substitute for the word, “REALLY.”

As in, “This cinnamon roll is stupid good.” Or, “That puzzle was stupid hard.”

I’m not sure how this came about considering that my brother is an engineer, not a surfer dude. But there you have it.

He’s expecting his first kid in April, though, and my prediction is that particular adjective get nixed from his vocabulary pronto.

I don’t usually follow his lead in this particular adjectival choice, but if I had to describe one thing in my brother’s terms, I would say, “My hair is stupid thick.”

Every single time I get it cut, even if it’s only been a few weeks like it had been last time, my stylist laughs and laughs at the carpet of hair on her floor. Then she sweeps it into a mound, and it’s like a fuzzy, disgusting mini-replica of Mt. Everest.

Seriously, y’all. I have so. much. hair. And it’s dense, which means that it doesn’t necessarily poof way out from the sides of my head (most of the time) because the sheer weight of it pulls everything down around my face.

Which brings me to a confession: for the longest time, I was afraid to cut much off of my own personal Hair Everest.

Why? Because I got a lot of compliments on my long, curly hair—a lot of dramatic statements like: “I would kill for your hair”—and I was at least a little bit nervous that I might pick an unflattering cut, and then it would take forever to get back to that place where everybody found my hair attractive.

Don’t get me wrong: I liked my long hair too. I’m not so vain that I would wear a style I hated just to get compliments. But it was just kind of there. It didn’t really reflect my style or have much personality other than its inherent long curliness.

I wanted to be brave. I wanted variety. I wanted to know what it would be like to have a “fun” haircut instead of simply a pretty one, even if it meant fewer compliments. I just wasn’t sure how to go about it.

(Another thing holding me back: the specter of my mushroom bowl-cut from when I was 8-years-old).

But after Ezra was born, everything suddenly seemed much more clear cut. (That happens when you have a newborn who is rooting for breakfast and gets a mouthful of hair instead). I decided it was finally time and cut a good 10 inches off my hair. I tried to talk the guy who cut it into really hacking it and making it funky and layered, but apparently, I wasn’t very convincing because I ended up with a strange blunt bob that looked a bit like a Pharaoh hat.  I had the quintessential “Mom cut,” and I was only 23-years-old (I tried to find you a picture but came up empty).

And I sort of thought, “All right, well that’s what I get for being brave.”

But then, 18 months  and a good bit of safe-ish hair experimentation later, Simon came along, and I got really gutsy. I went for a BIG chop, with lots of layers. And each time I went back, I cut a little more off. 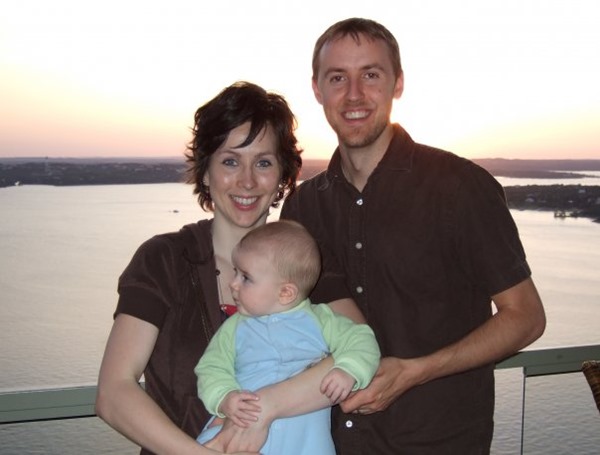 This isn’t even as short as it got (I think I traumatized my husband when I cut it almost as short as his).

And you know what? It was incredibly freeing!

I’m not gonna say that some of the iterations were my best haircuts ever. 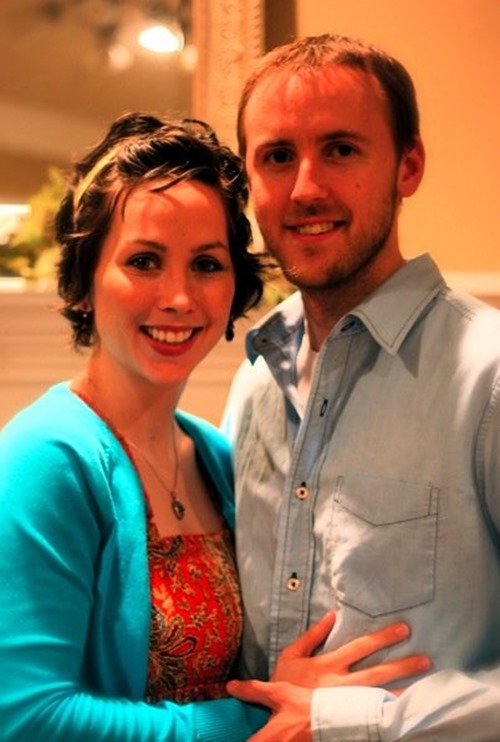 Note to self: uber-short hair when you’ve still got your chubby post-baby face is not a good look for you. Side note: we look soooooo young.

But they helped me get over my fear of what others would think and confirmed my suspicions that I’m not just a long and flowy kind of girl (although I like that too).

I’ve been experimenting with everything from super-short and layered to long with bangs ever since, and I absolutely love that I got over my hair hang-up.

Which is why it shouldn’t be too surprising that when I went to get my hair cut a little over a week ago, I said, “Let’s go shorter. And more textured. And less weighty. Seriously, thin the tar out of it.”

Which is how I ended up with this: 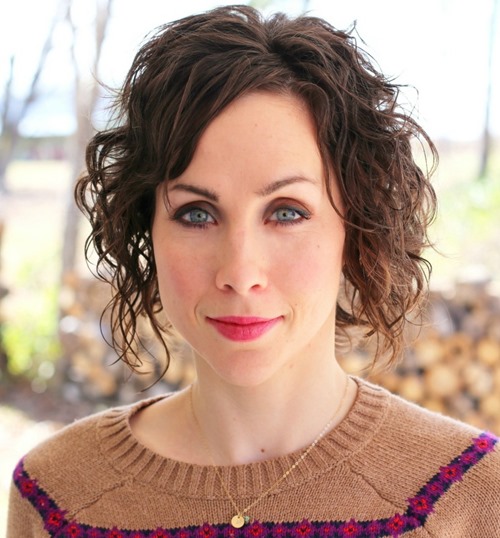 Is it my best haircut ever? 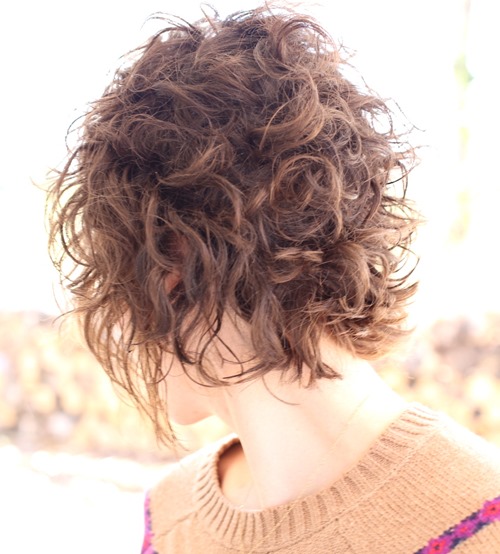 Maybe not (my husband is shaking his head emphatically not; he likes it fine like this, but he loves my long hair).

But you know what it is? 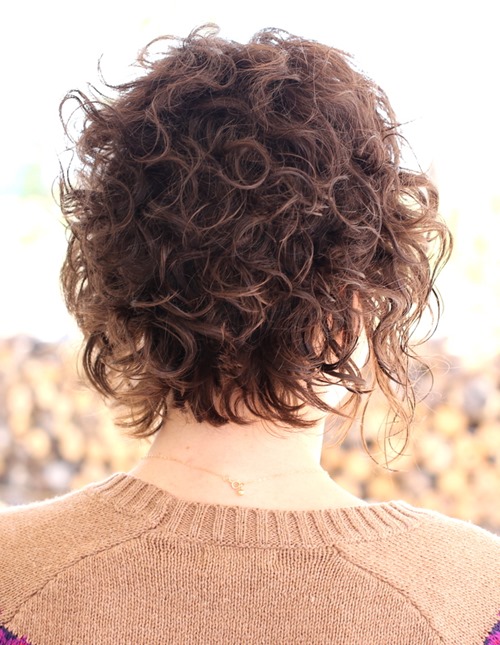 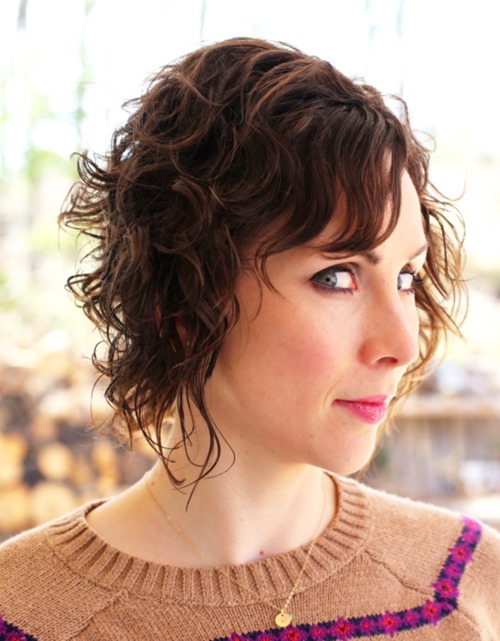 You know that part in You’ve Got Mail where Tom Hanks goes on a rant about complicated Starbucks orders and how they’re not just about a drink order at all but instead about an identity?

And this is me right now: “Short. Funky. Easy.”

Because sometimes a little chop can go a long way towards giving you a “defining sense of self.”

And the best part of all? Lean in close because this is profound: hair. grows. back.

So, if you’ve been pining for a cut but can’t find the nerve, I say do it. The worst that can happen is hat hair for a few weeks. But the alternative just might set you free.

P.S. Since getting my hair cut 10 days ago, I have only washed it twice (yep, that’s how I roll), and both times, it has looked considerably different. It loosens up the longer it’s been since a wash. Here it is after a 2 hour exercise session: 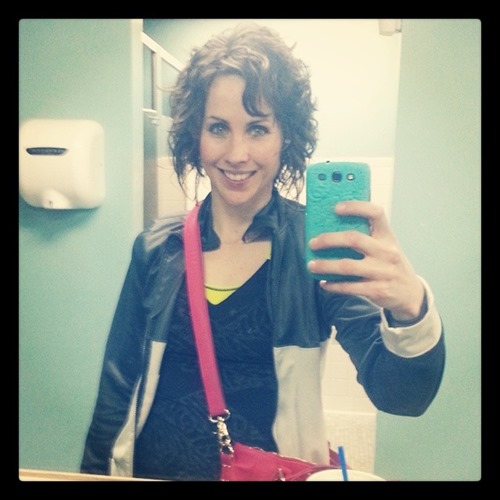 Have you ever gotten a big chop? Did you love it/hate it? I’ve done so many different versions of the short hair chop in the last 6 years, and I’ve liked most of them well enough (although when I see some in pictures, I think, “Hmm…not your best look, girl.”). However, I won’t ever go crazy-short again, I don’t think—both for my husband’s sake and because of my “stupid” thick hair, which tends to bunch up and up and and up at the roots when it gets really short.

What’s your favorite hairstyle EVER? I really love the funkiness of my short, tousled, angled hair, but I think I probably look best with longer curls. And I loved my bangs too. Maybe something like this: 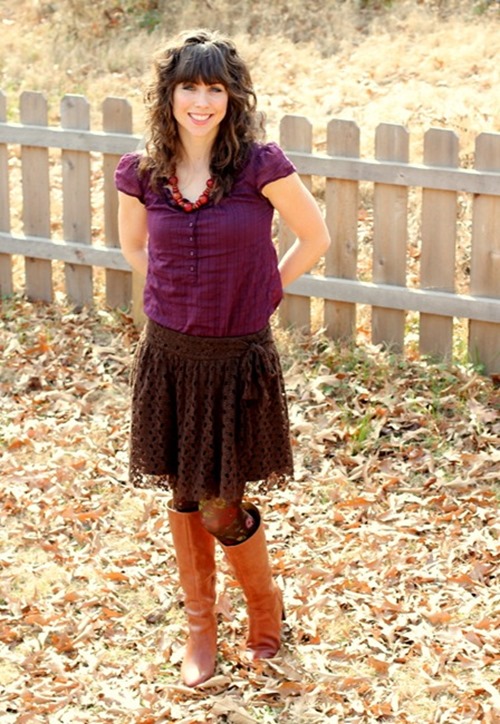