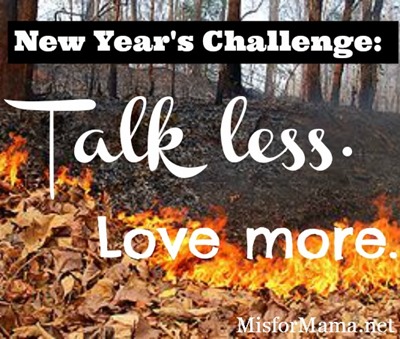 “How many kids do you have?” His eyes flickered from the twins in their double stroller to Simon, standing beside me. “Three?”

I smiled, bracing myself. “Nope. Five.”

“FIVE?” He whistled and passed a hand through his hair. “Five. Wow. I’m so sorry.”

If your mouth just fell open a little at random-racquetball-dude-at-the-gym’s comment, I totally understand. A year ago, mine would have done the same.

But this was not my first rodeo. So, without hesitation, I said, “Don’t be sorry! I’m not. God has blessed us ridiculously by giving us five kids. We love it and wouldn’t have it any other way.”

He didn’t quit while he was only a couple of miles behind. Oh no. Then he said: “Are you gonna have…MORE?”

Some day…maybe, just maybe…I’ll say what I’m really thinking when I get asked this. Which is, of course, “Well, I don’t know, random person. I can’t see how this could possibly be any business of yours, but while we’re here, I suppose we could have a nice long discussion of our reproductive plans for the future. You first.”

I didn’t say that, though. Instead, I smiled brightly and said, “We just might!”

And witnessed a mind completely blown.

When I told my husband what he said and then what I’d offered in return, Shaun nodded and said, “Good for you.” And then went about his business. Because he’s pretty used to these stories by now.

Like the time this girl told a father of only one that she thought his job was harder than hers (with her several kids) because his daughter had no one to play with. Because, clearly he was no one.

Oh wait. That was me.

I was actually trying to be nice because the single-daughter daddy had just expressed his feelings of inadequacy at taking care of one child, much less five. But my words were still careless and easily misconstrued, and it was clear from his offended expression that he’d interpreted them in the worst way possible.

And that’s probably only the tip of the Titanic-sinking iceberg of potentially hurtful things I’ve said in the last year.

That’s just one that I remember. I cringe to think of the many I don’t recall but which the recipients do.

Because we always remember the harsh things we hear so much better than the ones we say, don’t we?

I haven’t forgotten something negative a family member once said to me about my mothering skills. I almost never think about it, and it doesn’t hurt like it did at the time, but it’s still there.

I’m pretty sure whoever came up with that whole, “Sticks and stones may break my bones, but words will never hurt me,” business was delusional. And lived in a sound-proof bubble. Me, I’d rather be walloped with a pretty big stick than overhear you saying ugly things about me. The bruise will heal. My bones will set. But that word-wound in my heart can fester. It could even leave a permanent scar if I’m not careful.

Not that I do or should let the offhand remarks of strangers affect me like that. I felt zero anger or indignation, even, towards gym-guy (except that, seriously, dude, my kids are standing right here, and they hear really well and are far from dumb).

Still, I’ll bet you know the phrase that I’ll associate with him whenever we cross paths at the gym. Yup. “I’m. so. sorry.”

I would feel a bit neurotic admitting just how strongly words can affect me, except that I know—as in, KNOW—that I’m not alone. I’ve seen friendships flourish or crumble, based on a few choice words (either good or bad). I’ve watched people rise to great heights of joy and plummet to great depths of sadness upon receiving praise or censure from others.

And I’ve felt many of those things myself. James 3:5 says: “So also the tongue is a small part of the body, and yet it boasts of great things. See how great a forest is set aflame by such a small fire!”

I don’t want to be too thin-skinned, but I do feel less like a drama-queen for the times I get my undies in a twist over a hurtful phrase or two when I hear the tongue’s work literally being compared to a forest fire.

Here’s the thing: I’m a lousy firefighter. I dislike having to try to throw water and blankets on a fire I started. And I’d much rather not have to apply healing salve to a burn wound I caused. It’s embarrassing and so. much. work. (Although completely worth it if it comes to that).

So, this year, as part of my desire to keep Christmas in my heart, I’m resolved to talk less and love more.  To get over my compulsive need to make sure that I get my oar in and my opinion is known. To listen like someone’s life depends on it because a verse like, “life and death are in the power of the tongue,” tells me that it pretty well does.

So, what does that look like? Well, practically speaking, I have two suggestions…for me…for all of us:

Step 1: When you (I) have something to say, stop a moment and ask yourself if it’s something you would want said to you or something that needs to be said at all.

Step 2:  When someone says something you (I) don’t want to hear, don’t immediately assume they’re trying to be rude. They probably just didn’t ever get to Step 1.

I think if I can just follow my own advice, there will be a lot fewer forest fires in my neck of the woods this year.

(You know Smoky the Bear would agree with me).

P.S. This post is not about those well-thought-out/prayed-over hard conversations you know you have to have even if you don’t want to, and I am in no way advocating shying away from truth if it needs to be said.