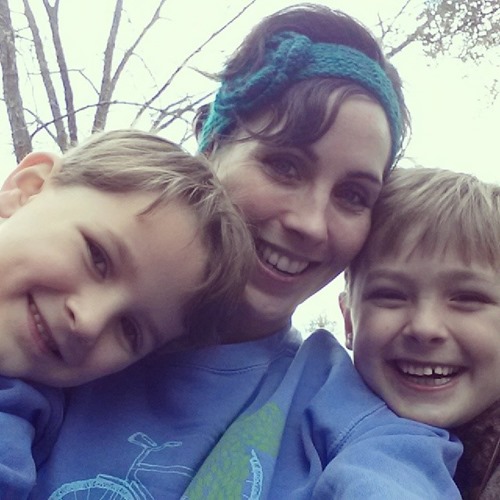 When I was pregnant with Ezra, I was convinced I was having a girl for the first five months. We called him a “she,” and I daydreamed of dressing my little sweetie in all kinds of cute (but not cutesy) outfits full of bright, funky colors.

Then we had the sonogram to reveal gender (because I’m definitely one of those mamas that wants to know) and discovered that our adorable little “she” was actually a “he.”

Disappointed isn’t really the right word to describe how I felt. It was more like….thrown. I was thrilled to have a healthy little guy growing inside of me, but I’d been so sure he was a girl that it took a bit to adjust to the concept of royal blue and baseball instead of aqua (did you really think I was going to say pink?) and ballet.

Of course, we all know the rest of the story. After another boy, I got my long-awaited princess. And then, just in case I hadn’t gotten my fill of all things frilly, I got another double-dose of girliness in the form of identical girl twins.

But as much as I love all of my children equally, nothing could have prepared me for what a unique blessing having two boys back-to-back (they’re 18 months and 3 days apart) would be.

I don’t have wild guys. Although, don’t get me wrong—they’re definitely boys’ boys. They love a good sword-fight in the living room, using Mama’s best pillows as shields, and they’re obsessed with all things Lord of the Rings. They delight in frogging each other in the arm when I’m not looking and jumping down the last three stairs instead of anything so mundane as walking. And their shrieks during a tickle fight make my left eye twitch.

But I’ve never worried that they would climb on the roof and fling themselves off, just to see how many bones they could break. They’re not prone to smash things or speak in grunts. They beg me to let them take care of their baby sisters, and they both still insist on a kiss “on the lips, Mama,” every night before bed.

The other day, I got an order from JcPenney, and as I opened the box and pulled out a pair of leopard print TOM’s-style shoes that I’d ordered on major clearance, both Ezra and Simon, who were sitting at the kitchen table eating breakfast, got really excited and declared how much they liked them.

Confused, I looked at down at my shoes and then back up into their eager, pleading faces. “Why?”

Up came their feet, and before I could say, “No shoes on the table,” Ezra pointed to the camo slip-on shoes I’d bought him the week before and said, “Because, Mama, they just like ours. Except yours have cheetah print. You have to keep them because then we’ll all match.”

Simon’s head bobbed emphatically while he pointed to his own identical pair of camo shoes. “Yeah, you need to wear yours today, Mama, so we can all be the same.” 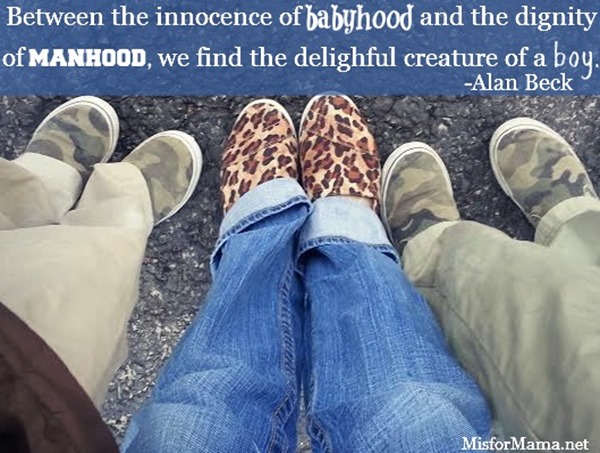 Because I know the day is fast approaching when they will no longer think that “matching” Mama is the height of cool.  Some day much too soon, I will ask for a peck on the cheek and be lucky to get a rough side-hug.

But right now, my sweet, sensitive, loud, dirty, thoughtful, rambunctious boys are thrilled to be my sole-mates.

And I am, and always will be, thrilled to be their Mama.

Do you have boys? I’d love to hear about the little men in your life.