Every now and then, I run across something that I just can’t pass up, regardless of the price (within reason).

Let’s take a peak at exhibit A, shall we? 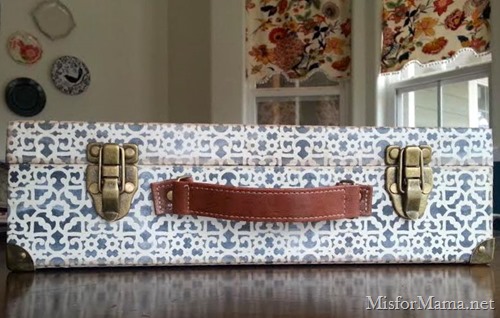 I stumbled across this pretty little thing at Marshall’s on my day off (where I spent a good 2 out of my 10 free hours). And I put it in my basket without looking at the tag or thinking about where I might be able to use it in my house.

This doesn’t happen that often. In fact, a lot of times, I triple-check the tag before putting something in my basket, only to get to the checkout stand and hand it to the cashier with a regretful, “I think I’ll pass.” (Hilariously enough, I was literally opening my mouth to say this at Hobby Lobby the other day when I had a complete spaz attack and pretty much threw the lid of a ceramic, decorative jar I was holding on the ground, smashing it to bits. Happy ending: the cashier was super-gracious and, since it was already 80% off, had me throw the broken lid in the trash and still let me pass on the rest of it).

But not this suitcase. 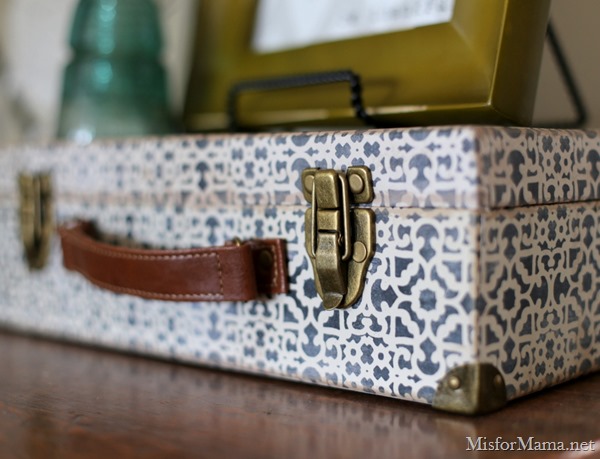 When I finally did look at the tag (because I’m pretty much incapable of buying something without agonizing at least a little bit over the price) and saw that it was $7.99, all I thought was, “Score!” Even though it’s not very big (about 14”X12”) or functional (it’s wrapped in paper and made of some sort of cardboard), I would have been at least tempted to pay twice as much as I did just because it was such an immediate YES for me. 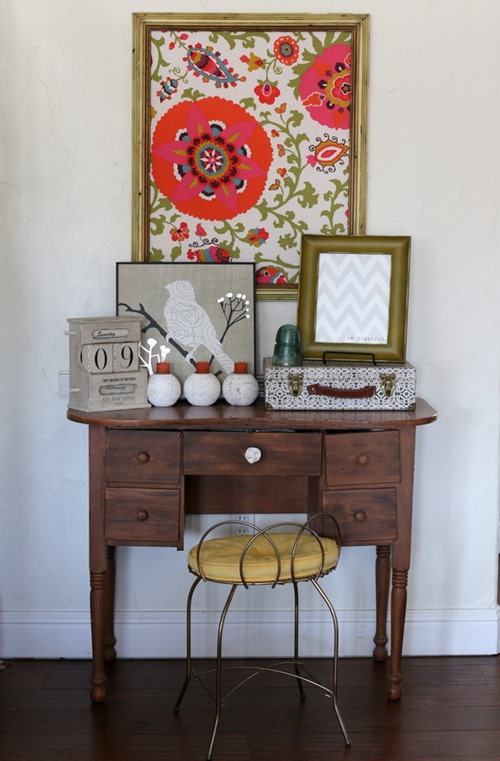 Of course, then it sat in my garage for weeks while I did other slightly important things like—oh, I don’t know—feed my children and scrub my toilets (especially crucial and particularly disgusting after your family gets hit by yet another round of the dreaded BUG). 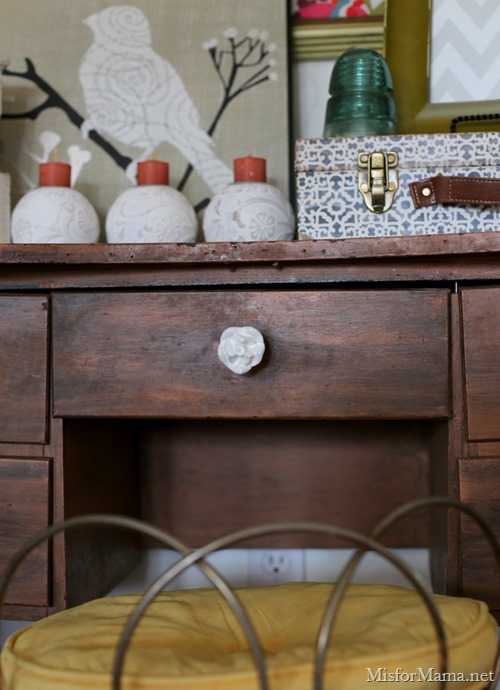 But the other day, I remembered my too-good-to-pass-up buy languishing in the cold and brought her in to play.

I’m not going to lie: I’m not a big fan of our weather at the moment. I know I shouldn’t complain considering that the east coast is clutched in winter’s icy death grip and the west coast is desperate for rain.

But around here, it’s chilly, gray, and drizzly, which I get tired of so fast. 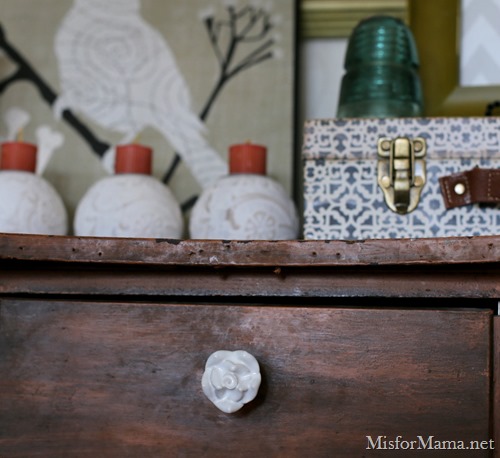 So, even though it’s only February 11th, and Spring won’t actually spring  around here for another month or so, I redid the little desk near the entryway with some encouraging words, a bright cheery fabric backdrop (fabric from Hobby Lobby), and, of course, my Marshall’s suitcase. 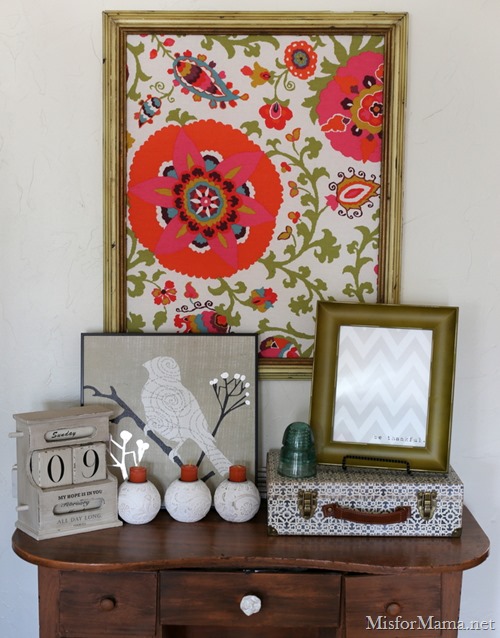 You can’t see it in the pictures, but the words to Emily Dickinson’s “Hope” is the thing with feathers… are written on the bird art (from Big Lots, believe it or not), and the “My Hope is in You” calendar is from Dayspring (I think I paid maybe $12 for it with a coupon code). 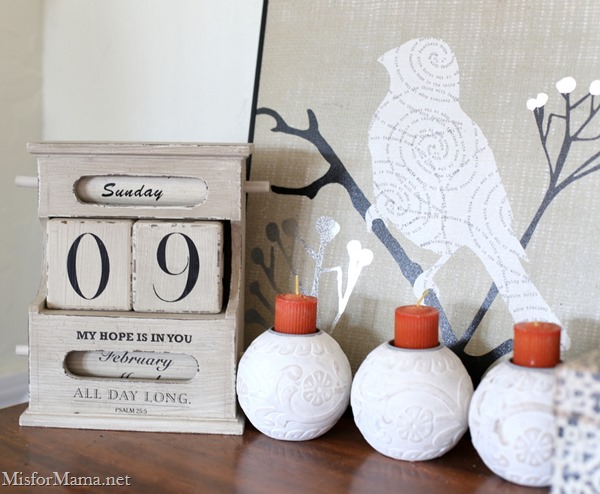 To complete the trifecta of encouragement, I included Emily’s “be thankful” print, which is meant for Thanksgiving but works as such a great reminder everyday reminder as I walk past this little vignette on my way to do yet another load of laundry. 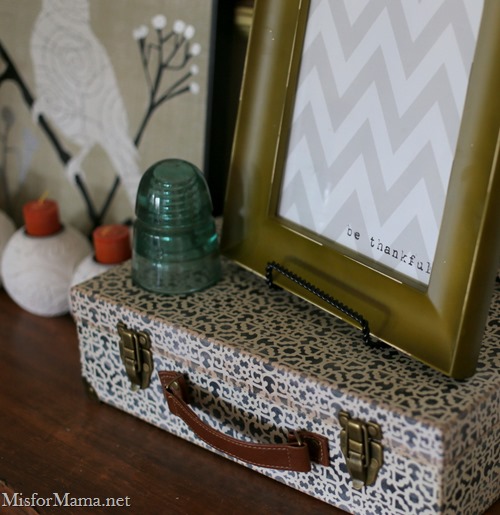 I’m loving this happy little nook right now, but I don’t think I would have bothered to gussy it up if it hadn’t been for that suitcase which was just too good to pass up and too cute not to put somewhere I could see her a lot. 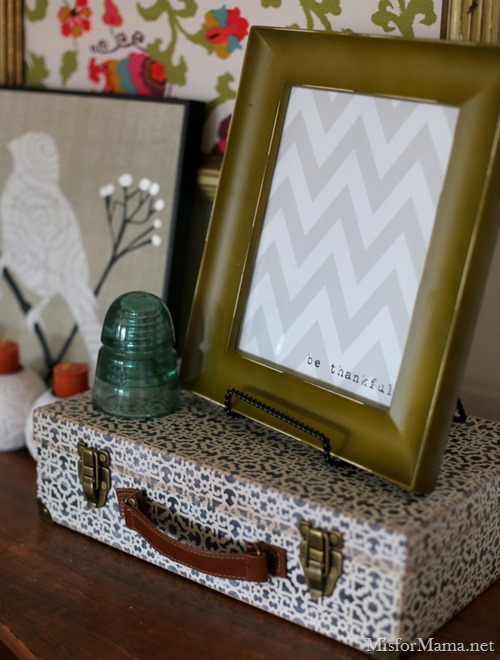 It’s funny because home decor is such a frivolous thing. I could serve God just as well if I lived in a hovel with dirt walls (in fact, there are many who do just that who serve Him better than I do in my DIY house that qualifies as a mansion by 90% of the world’s standards).

But I also find that beauty—in nature, in my children’s grins, in an $8 decorative suitcase—can inspire me to worship, especially when combined with encouraging words. It lifts my spirits and pulls my eyes up from the muddy puddles on the ground to the shimmering raindrops clinging to every craggy nub and bump of the bare tree branches that reach gnarled arms in praise to their Creator.

Because, when you think about it, any opportunity for worship, no matter how seemingly insignificant, is too good to pass up.