Well, what do you know? Not only did I manage to knock a Project Elephant item off my latest checklist, but I did it without any DIY-ing (hence the uncharacteristically lightning fast turnaround). Not that the lack of DIY will last, but more on that later…

So, what did I do in a mere two days since my last post? Well, if you’re a title reader, you already know, so let’s just get to the good stuff. 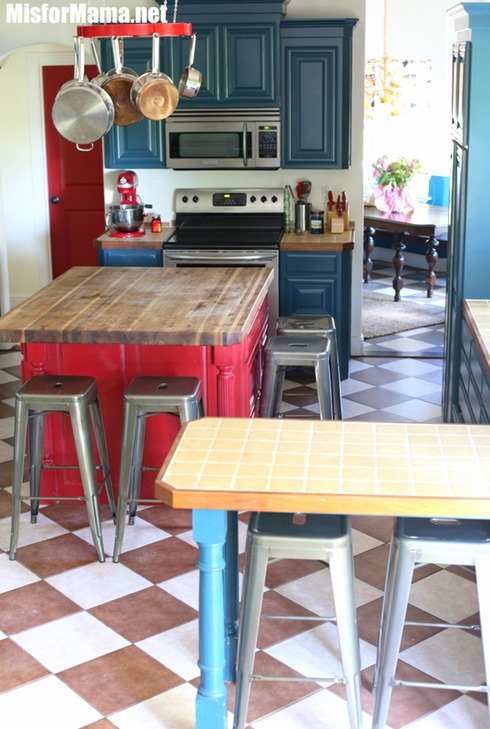 {Please pardon my ashy butcher block top, which I had just wiped clean and was in various stages of drying, thus resulting in an apparent skin disease}

In addition to being an awesome outlet for me and a journal for our family, this blog is so very useful in other ways too. After Wednesday’s post, a friend who reads my blog texted me to let me know that Sam’s has the exact kind of stools I was looking at. And then several more blog readers confirmed that.

Well, Sam’s is about 40 minutes from my house, and it’s always a bit of an ordeal because I never make it out of there in less than an hour, but I needed to do some stockpiling anyway, and the prospect of getting the stool situation resolved quickly was so tantalizing that I took all three little girls during naptime while the boys were at school. 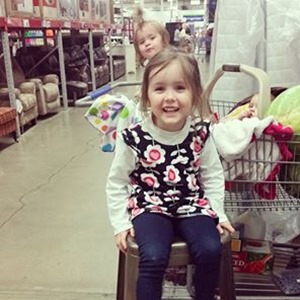 {Della had no trouble clambering up on the stool and heartily approved of it once she was there; Evy wanted in on the pic (she is buckled in, in case you were wondering); Nola was content to eat dried apricots. WIN!}

I am happy (you have no idea how much) to report that we did not have a repeat of this debacle. Nola took a nap and woke up relatively pleasant, and Della and Evy were generally cheerful so long as I plied them with near constant snacks (it was naptime, after all).

So, here’s the deal: these stools were—wait for it—$20 each.  Like, woah. That’s waaaaaaaaay cheaper than any other similar options I’d seen.

And I’m not going to lie, the reasons for the cheapness were pretty obvious since the finish was fairly uneven and many of the stools had minor dents and dings. But they were sturdy and the perfect height, plus the color splotchiness is easily fixed with paint (see? I told you they wouldn’t go un-DIYed).  So, once we decide what color to paint the island, I imagine these guys will get a coat of…something. 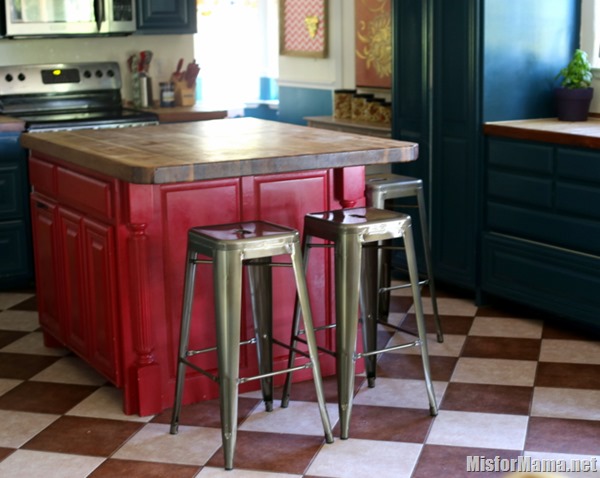 And for now, the color’s close enough that I don’t really care that they’re not perfect.

The kids were so excited. 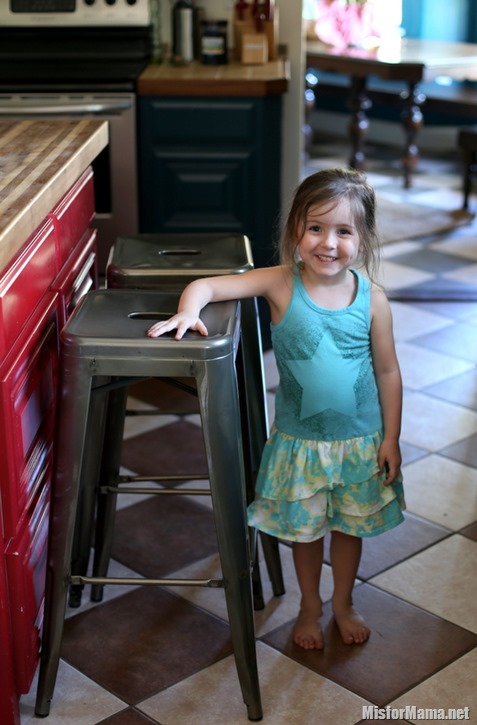 Della felt especially proud that she had been the official tester and approver of such a momentous change for our family. (You can see some of the scuff marks and tone irregularities in this pic).

One of the best parts? 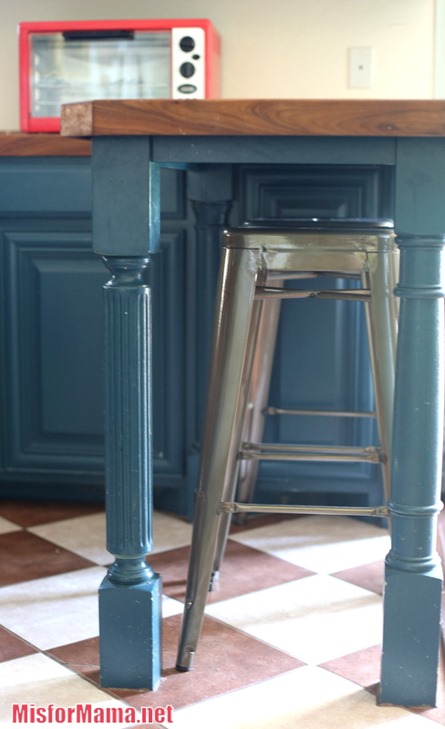 The stools fit up underneath this little island that juts out on the edge of our kitchen, which gives us some extra space when we’re not using them.

Over all, I am thrilled with our new kitchen stools. We’ve been needing a little extra seating in there for a while, and before we could only fit 5 stools. But I managed to score 7 stools for $140 + tax, when I was expecting to have to spend at least $300 for 6 to get the look I wanted.

We’ve already sat on them for snacks and drawing, etc., yesterday and breakfast this morning, and the kids have no trouble maneuvering them, and they seem considerably less likely to fall off or knock them over than they did when we used the ones with backs.

So…thank you! Y’all rock. You helped me so much with this decision, and I am just so, so pleased with the results!

One chomp taken, chewed, and swallowed. On to the next!