It is my considered opinion that practically everything tastes better in individual servings. And this holds especially true for cheesecake. I’ve already supported this theory with these little guys (which would be an awesome/easy addition to a patriotic Memorial Day spread). But maybe my favorite version of cheesecake ever is this mini mason jar version. 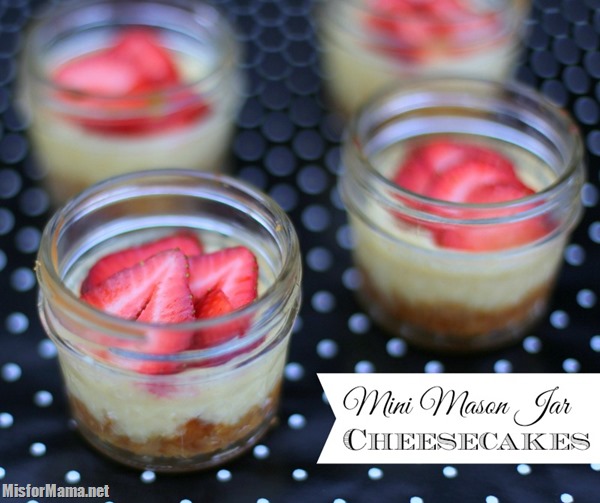 Honestly, I don’t love the clean-up afterwards, but I usually just scrub a little at the cooked on bits, and then throw them in the dishwasher, and they come out fine.

(In case you’re wondering, I got my jars at Wal-Mart, and they were really inexpensive).

I’ve made these several times for parties (including Hannah’s baby shower), and they’re always a huge hit and worth the extra effort for their cute presentation and just how satisfying and fun it is to spoon your dessert out of a tiny jar. 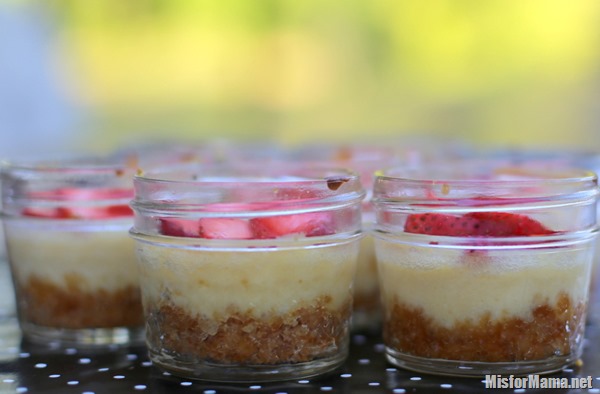 Last night, I made these for our Sunday night patio dinner that is fast becoming a tradition (until the night we walk outside and realize that it’s still 102 degrees at 7 PM). Normally, these would be way  too much clean up for a regular family dinner, but the kids had spent over an hour weeding with me in the yard earlier that afternoon, and I thought they deserved a special treat.

The best part of all is that they’re pretty darn easy and almost impossible to mess up (I’ve both under and over-cooked them, and they still tasted great!).

Wanna make some of your own? (I used this basic recipe with a few of my own twists). 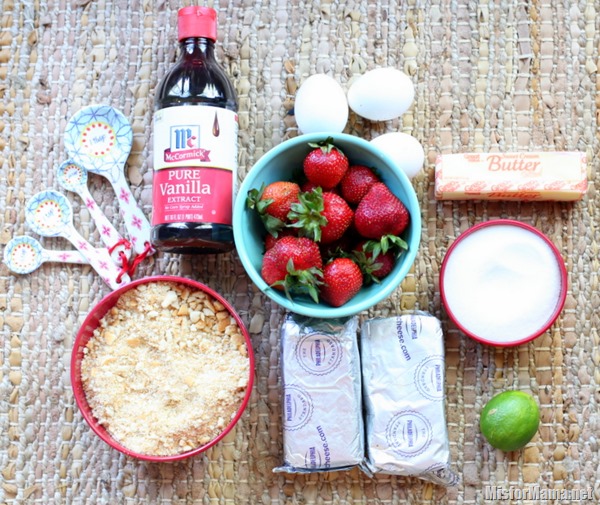 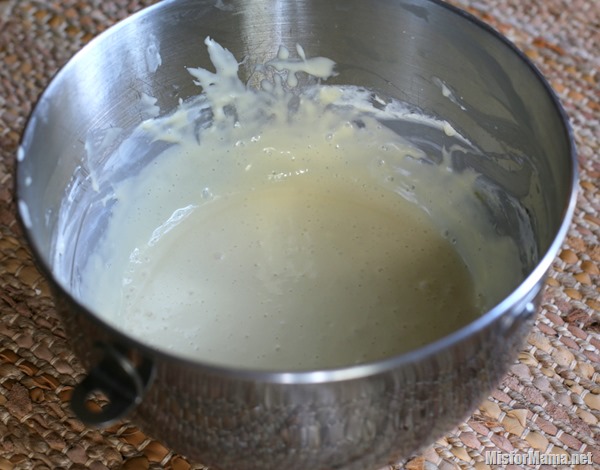 Mix together crushed wafers and butter until the crumbs easily stick together when you press them down with a fork. The mixture should be moist but not very wet. Press a spoonful of the wafer mixture into the bottom of each mason jar, tamping them down until they are level (I just use my clean fingers since it’s hard to get anything else inside the small jars). 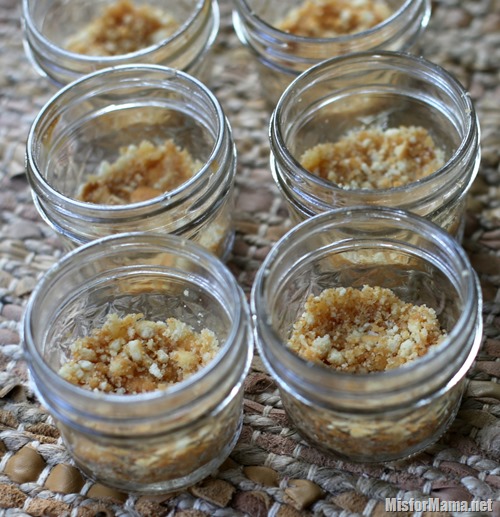 Slice the strawberries thinly, then sprinkle with sugar and set them aside. The sugar will release the berries’ natural juices while adding just a hint of extra sweetness. 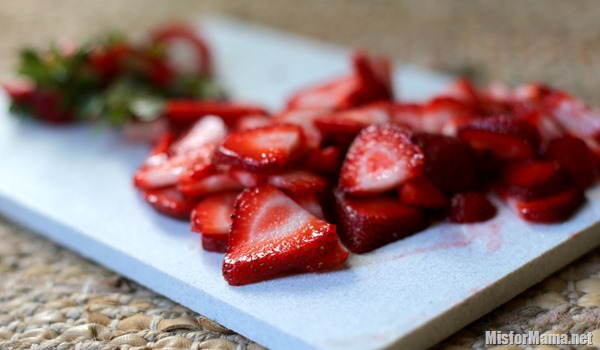 **I used about two TBS of batter per jar, and it made 16 cheesecakes.

Bake the jars (I place them all on a light-colored cookie sheet before putting them in the oven) for approximately 20 minutes. The cakes should form a film across the top and be ever-so-slightly jiggly but not runny when moved. 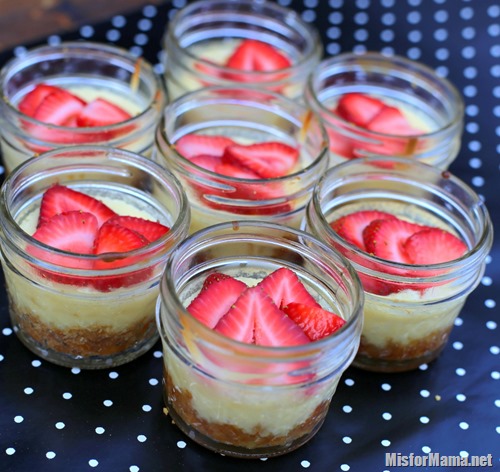 I doubt I have to tell you that the kids gobbled them up, and there was much “Mmming,” and “Yumming,” and they shoveled them in.

Confession: I haven’t even washed all the dirty jars yet, but I’m writing it down on today’s to-do list, so I can enjoy crossing that mundane little task off as a great accomplishment here in a minute.

So, what about y’all? What’s your go-to special treat as a reward or just because?  I would say ice cream usually, but sometimes, it’s just fun to shake things up.