The morning of our anniversary, I had planned to grocery shop early (like 5:30 AM early) and make a special breakfast for Shaun. Welp. The girls didn’t cooperate (because they always know when you set your alarm for early. Always).

Then, when I finally did get breakfast on the table, I managed to dump almost an entire quart of sample paint all over me, the cabinets, the floor, and just about anything else in a 10 foot splatter radius. It. Was. AWESOME.

Due to extreme busyness over the last two weeks and the fact that we’re taking that mysterious trip I referenced yesterday, we had planned to keep this anniversary pretty low-key. No presents. No fancy dinner.

Instead, we decided to take the kids to my mom’s and eat at the one semi-nice restaurant in the small town I grew up in and maybe even watch a movie.

Somehow, I managed to get my wires crossed with my mom and didn’t realize that she was teaching a class that night and couldn’t watch the kids. Of course, it turns out that I probably should have checked the restaurant’s schedule because they were closed on Monday anyway.

So, basically, we were epic failing in the anniversary celebration department.

What did we do? Well, I came thisclose to giving up and saying, “Let’s just go home.” (I think I actually said that, but Shaun knows to ignore me at certain, very strategic times—don’t read anything into this, Honey!).

And then we went to Cheddar’s with all the kids and somehow miraculously managed to avoid getting doused with spinach dip, salsa, or mac ‘n cheese. 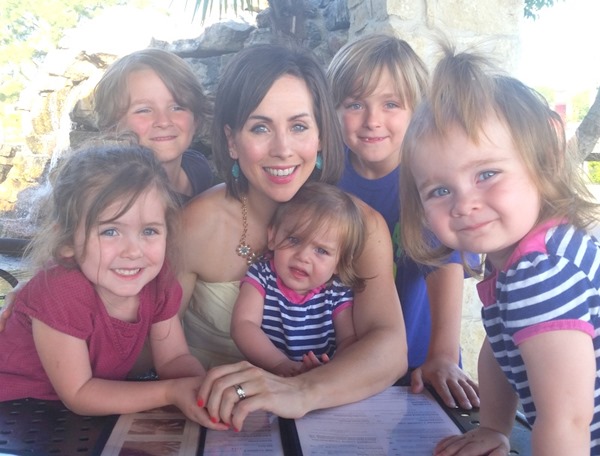 And then we called a trusted babysitter on the off-chance that she could show up and take all five of our kids to her house with, like, 15 minutes notice. Turns out…she could.

So, we saw a movie for the first time in a good long while. 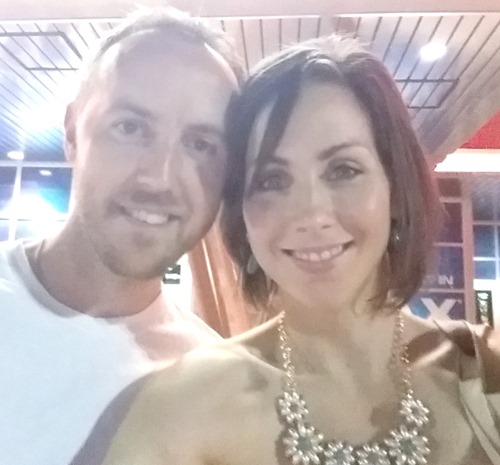 And it was pretty rad. (The experience. The movie was only so-so).

You know what else was rad? 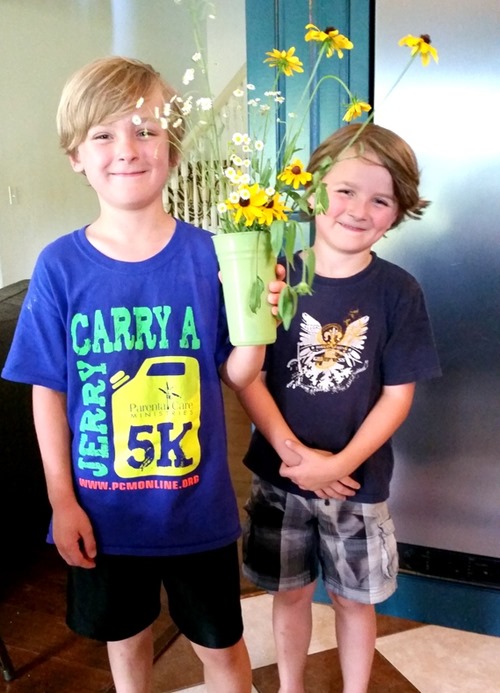 Anniversary wildflowers from these two adorable little gents (“We thought, HEY! Mama likes flowers, and it’s her anniversary, so we should get her some. So, here you go, Mama. Happy Anniversary.” Sob).

You know what else is rad (because that’s my word du jour, apparently)? The fact that I loved (almost) every minute of that beautifully chaotic, totally flubbed anniversary. I got to spend it with the one I love and the ones God has given us to love together.

And nothing beats that.