Hi y’all! Today is our 9th wedding anniversary, and we’ve already started it off with loads of fun, so I thought we’d keep the party going with a special edition of… 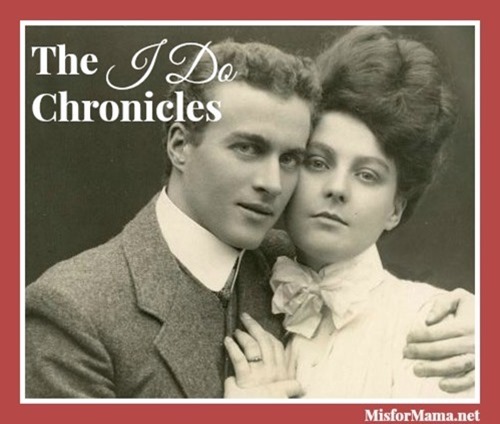 I’d say that by the time you’ve been together for almost 10 1/2 years and married for 9,  you ought to know each other pretty darn well.

So, I thought it might be fun to do a little Q&A with Shaun and me and what we think of each other. Sounds…dangerous, right? Yup! So, let’s dive right in!

1. What are three things he/she can’t live without?

S: Let me answer this one twice. In the spirit of the question: The color turquoise (or any version of it), Sundays, accessories, and exercise in no particular order (yes, that was 4, deal with it).  And in truth:  Jesus, me, the kids, in particular order.

A: His headphones + phone (he’s an audio-book junkie), working on his outdoor toys (tractor, mini-excavator, etc.), and snacks (he’s a munchy sort and has the metabolism of a teenage boy…grrrrr).

(Although, I echo the second part of his answer as the actual truth when it comes to things he can’t do without) 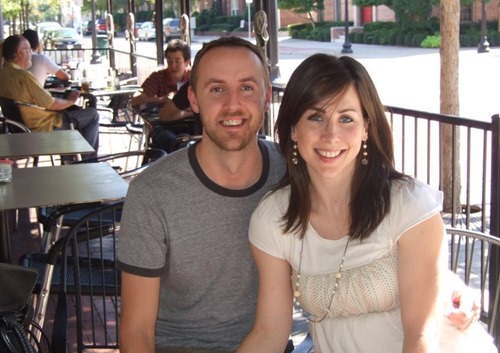 2. What is his/her love language?

S: On the receiving side, she really likes words of affirmation, and on the giving end, she shows love through acts of service.

A: What he likes most is a toss-up between words of affirmation and acts of service. And what he’s really good at is gift-giving. He listens (and writes it down!) when you say you like something, and he’s very thoughtful and intentional about the gifts he buys and the way he gives them. 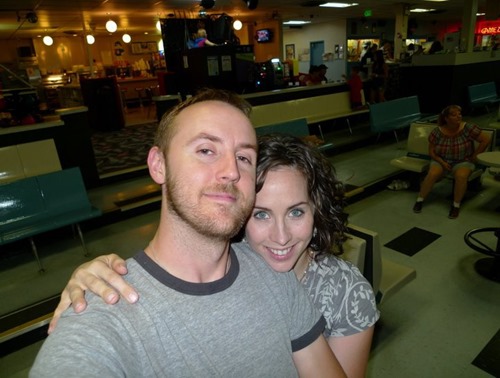 S: Finding ways to take trips together. We don’t usually do repeat trips, but we have a lot of fun planning for the ones we do take, which makes the preparation process kind of a tradition all its own.

A: Okay, so Sundays aren’t a “tradition,” per se, but they almost always involve church, naps, relaxation, play, and a family meal, in that order. Usually, no one has to run off to do an errand or meet a deadline or teach a class, and I just love the total lack of agenda combined with all the togetherness. 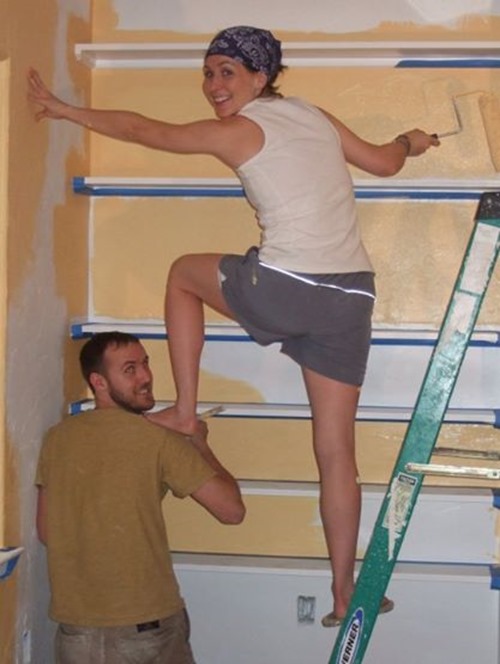 S: Show and tell them that you love them and show them and tell them to love other people. They need to know that they are special, but it’s not all about them. Also, your will has to be stronger than their tantrums. Not in a mean way, just in a “I’m not giving down just because it would be easier on me,” way. We have a policy in our house that fussing never gets you what you want.

A: Pray like crazy for them and teach them God’s word. Then heap on lots of love (especially the physical kind) balanced out with a good bit of discipline. Oh, and consistency. Your kids need to know that you mean it for both promises and punishment. 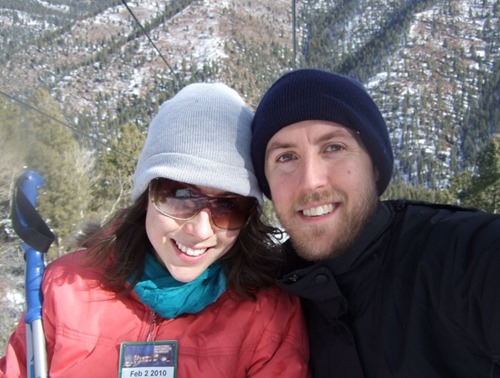 5. Any phobias or fears?

S: For her? Having all her teeth pulled with no anesthesia out on dark open water.

A: Side note: I think my phobias sound perfectly reasonable, by the way. I mean it’s not like I’ve dreamed that those things have happened to me multiple times or anything nutty like that. Ahem.

Oh, and he’s not really a phobia kind of guy. I would say his greatest fear would be losing me and the kids. 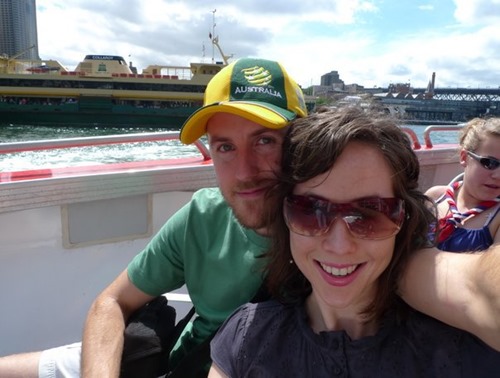 6. What’s your favorite look on the other?

S: Broken-in jeans, hair pulled back at the sides (and long, of course), plus a sweater or a comfy (but not schlumpy) t-shirt.

A: A pair of really great-fitting faded jeans plus a white tee, especially when he’s been working outside and has a tan! 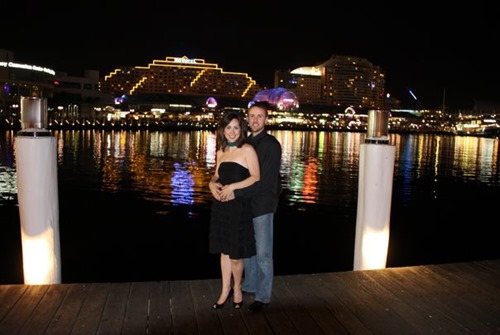 S: Holding to the truth. And discipline. (“tempered with love”—I added that part when she said that I made her sound hardcore. But the love part is the truth :)). Faithfulness. Honesty.

A: Patience, slowness to anger.  He pretty much never really loses his cool. Integrity. Kindness. Generosity. I could go on.

A: So, he kind of just let the cat out of the bag, and I’ll share more about that trip soon, but so far…I’d have to say Sydney, Australia, 6 1/2 years ago. We did everything from stroll through the Royal Botanical Gardens to watch a movie on the biggest IMAX screen in the world to see Wicked in a gorgeous theater to shop street fairs to watch their world-famous fireworks bursting in absolutely dazzling array over Sydney harbor on New Year’s Eve. The entire trip was incredible. 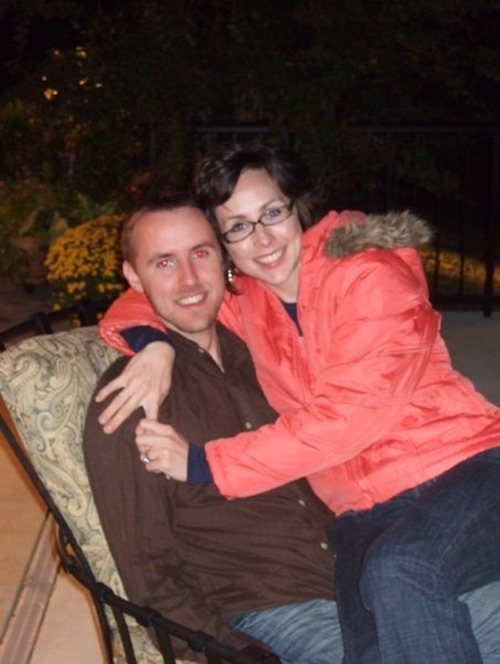 9. Favorite things about the other.

S: Obviously, she’s beautiful and I love that about her, but I would say a certain wordy nerdiness (read: humor+brains) initially drew us to each other and I think that still holds true. But I also love that she is hardworking and desires to do right.  And  I love coming down during the day to find her just sitting and reading with the kids when I know she has plenty of other things she *should* be doing.  Oh, and she also often surprises me with plates of cookies while I’m working :). She’s a great cook and like any man, my heart may be found via my stomach.

A: Man! He makes me sound good. I’ll see if I can do him justice. He’s got a really great dry sense of humor, tempered with healthy doses of silliness and groan-worthy punniness. And he is such a man of integrity. In a world where cutting corners and fudging the truth are the norm, it’s really nice to know that you’re married to someone who will do a job right, even at personal expense. Ultimately, though, as far as how it affects me, I think my favorite thing is that no matter how rough of a day I’ve had with the kids or how tired I am, all I have to do is spend five minutes with him, and I feel better. Period. He is calm and attentive and caring and the best hugger in the land. 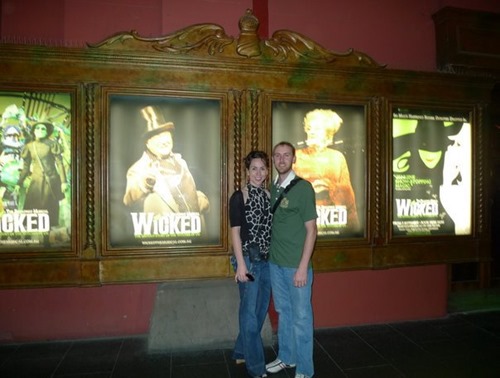 S: Abbie’s a story-teller, which I like. What I don’t love is when she launches into a long narrative of what just happened at the grocery store or the gym as soon as she walks through the door without even saying hello. It’s even worse if she’s gets her feelings hurt that I’m not listening as closely as she would have liked when I haven’t even gotten a chance to get a word in edge-wise.

A: Sometimes, when work gets really busy, or he has a lot going one, he tends to shut down a bit emotionally, which creates distance, and in turn, makes me feel like the kids and I are playing second fiddle to his deadlines. He also gets worse at communication, which is something he’s usually really good at. 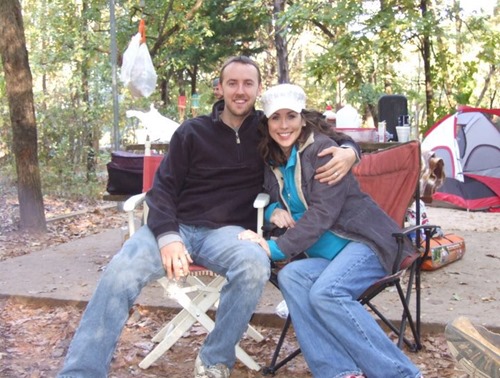 S: She really loves taco soup/chili.  Seems strange, but there it is.  And yes, I included cheesecake in the running.

A: He’s a fan of really good pizza. Like the gourmet, fancy, unique kind. Every place we go, he wants to find the best-reviewed pizza joint in a 20 mile radius. He’s also a pretty big fan of these crusted steaks. 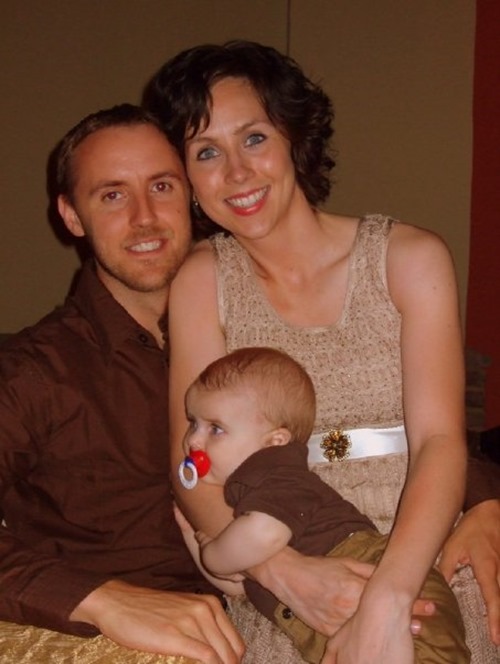 S: She hiccups one time right after the first sip of anything carbonated. “Getting hung up” (literally) on things really bothers her.

A: Every time he’s doing something that requires concentration, he sticks out his tongue. At a very specific angle. Also, whenever we drive by new construction of any kind, it seems like he has an almost compulsive need to say out loud, “I wonder what that’s going to be.” Even if he’s already said it about a particular site. Oh, and if anything is buzzing or rattling in the car, it drives him bonkers. 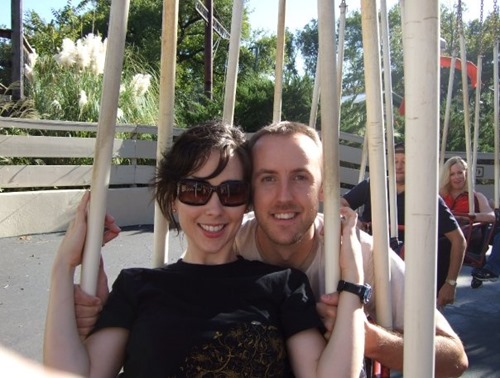 13. Ways we could improve our marriage?

S: Implement a technology-free night. No TV, no phones, no laptops, nothing.  We both work with our computers fairly constantly between my job and her blog. It’s too easy for us to get stuck in that mode and neglect real face to face time with no distractions.

A: Find ways to study the Bible together more. We pray together every night, but I’d love to see us grow spiritually together by studying the same things, whether or not they relate specifically to marriage. 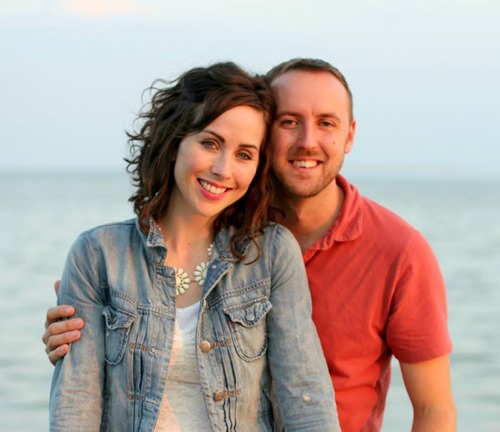 14.. Most important lesson you’ve learned in 9 years of marriage.

S: If you’re doing it right, it’s less and less about you and more and more about the one you’re with and the ones you’ve made together.

A: “Being right” is way less important than being loving. I am a fairly black and white person, which can be good when it comes to having strong standards and principles, but when it bleeds over into a “discussion” where things are much less cut and dried and a person’s perspective colors everything, being right all the time is just annoying.

I hope you guys enjoyed getting to hear from somebody besides just me today. We discussed most of our answers on the 5 hour trip back from San Antonio a couple of weekends back, and we both were surprised at how the time flew and how much we enjoyed talking it all through (yes, even the “least favorite” part). So, I guess if I had any suggestion for you to take away from this post, it would be to make a questionnaire of your own and bring it along on a date night (or substitute it for your usual nightly TV time).  You might be surprised to learn something new or have something reaffirmed that you’d forgotten. Either way, it’s time well spent!