I mentioned a while back when we were talking kitchen that one thing on my to-do list was to find the right lighting for over our kitchen island. Well, life (read: summer and traveling) has gotten in the way of that little job (no complaints here), but I finally got around to doing some hunting.

And this is what I discovered: one could easily spend the rest of one’s life looking at pendant lighting options and never exhaust all of them.

Seriously, people. It’s a dangerous, suck-you-in kind of search. But one that ended in victory! (I hope. I haven’t actually received the ones I ordered yet). And so, I thought I’d share some of my findings with you, just in case you too are in the market for some new lighting and don’t want to get sucked into the vortex of oblivion that is finding the just.the.right.one.for.just.the.right.price.

Oh, and just so you know, since I don’t do expensive (although, holy wow, pretty lighting gets up there fast), there are only 3 options $200 and over (most are $40-150), and all of these are substantially-sized. No mini-pendants here.

First up, let’s take a gander at the light and bright variety. 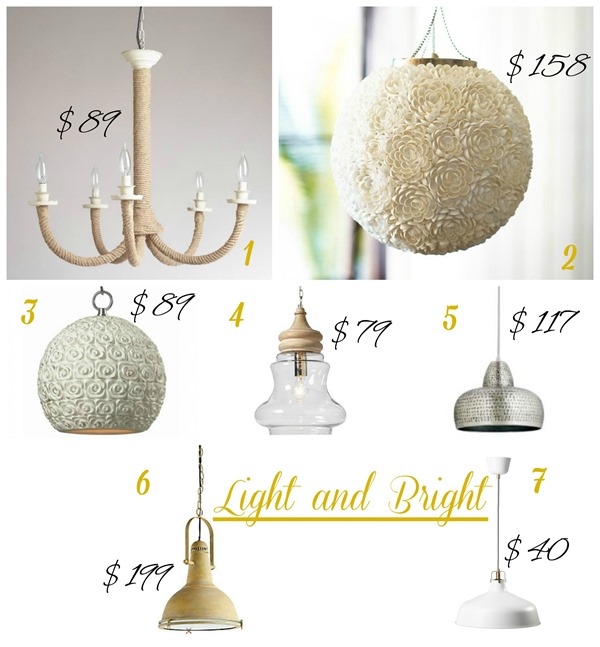 I think all of these would look ah-mazing in a neutral kitchen and add a ton of personality without being too LOOK-AT-ME. (That Ikea pendant at the bottom right, for example, has subtle details like a brass collar and black/white patterned cording).

Next up, we have the exact opposite end of the spectrum with a group of lights whose entire purpose in life is to draw attention to themselves. (Oh, and maybe help light up a room too). 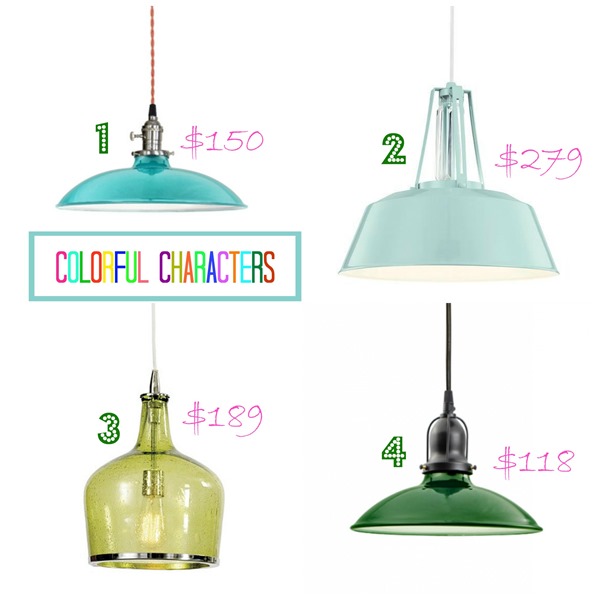 We came thisclose to buying an Addie Pendant (bottom left) from Ballard Designs (they’re on sale today and tomorrow for 15% off, which doesn’t happen that often), but once I’d read all the reviews and realized that the colors were considerably more saturated than they appear in the photos, we passed (anybody else shocked that I passed on something because it was too colorful? :)).

And last up, we have the grungiest of the bunch—the industrial gang. 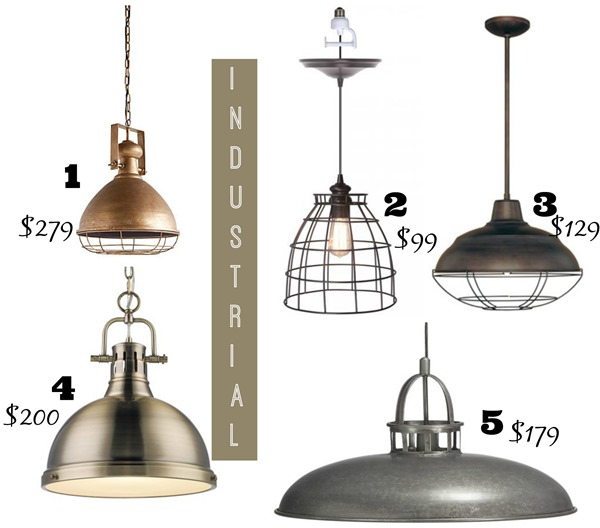 I absolutely love that funky gold caged one on the top left (which is why I included it even though it’s one of the most expensive). But, in general, I find the strong lines, scuffed metal, and intricate details of the industrial look really appealing. I think any of these would look just as awesome in a pristine white traditional kitchen as a funky, eclectic one.

So, which one(s) do you think we chose for our kitchen? Hint:  you might be surprised.

0 thoughts on “A Pendant for Your Thoughts…”