Nothing about this week has gone quite liked I’d hoped or planned. It was supposed to be productive! Fun! Exercise-filled!

The kids were meant to go to VBS so I could work, work, work in the mornings, and then we could plaaaaaaay all afternoon.

Weeks with Shaun gone are always a mixed bag—a bummer because we like having him around but just different enough to make things interesting (plus, there’s usually Chick-fil-a for dinner at least once, and everybody approves of that in our house).

But weeks with Shaun gone and a houseful of sick kids are no bueno.

So, when, after the week started just as I’d planned with VBS Monday morning and loads of productivity, Della came home, climbed on the couch, and then 10 minutes later threw up everywhere, all I could think was, “NOOOOOOOOOOO!” 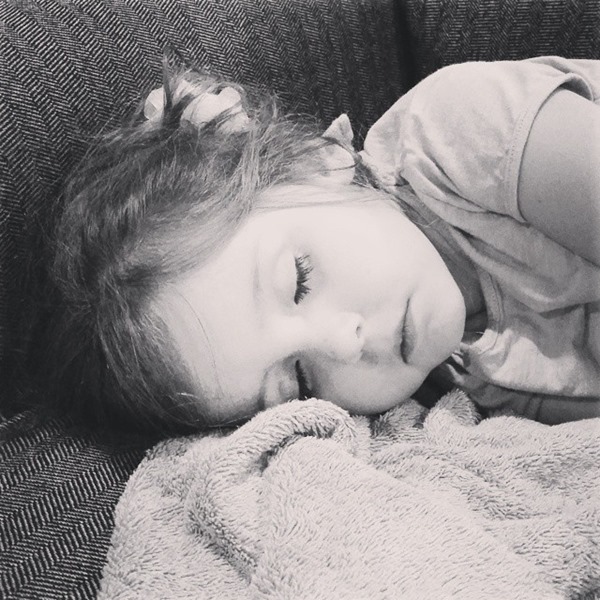 {She’s awfully sweet, even when she has just emptied the contents of her stomach on my rug}

See, we’ve done this before—this past winter, in fact, when we managed to contract a stomach flu on two separate occasions that Shaun had to be gone on work trips.

And eeeeeer’body got it. Except me. So, I knew what to expect, especially since I was the one who gave it to Della this time.

We neverhave grape juice in our house. Except that on a recent grocery trip, it had been on sale, and I “just so happened” (Lord, you’re nice) to have two bottles in my pantry.

So, to grape juice glugging we went.

And you know what? Nobody else got sick!

But Della… Sweet Della. If it wasn’t puking, it was hives (weird, I know) that kept both of us up at night. Or fever. Or body aches. Or pink eye. (WEIRD, I know).

Poor kid couldn’t catch a break. So, while the rest of my kids buzzed around with their usual energy and verve (read: bouncing off the walls a little), Della spent a lot of time on the couch or in my lap.

By Wednesday evening, the vomiting had been gone for a while. And our thermostat had broken (which is another no bueno for Texas summers). And we were all stir-crazy. And we were all out of grape juice.

So, we ventured to a Walmart with a Subway inside. And while we were at Subway, she threw up all over the floor. Whomp, whomp. 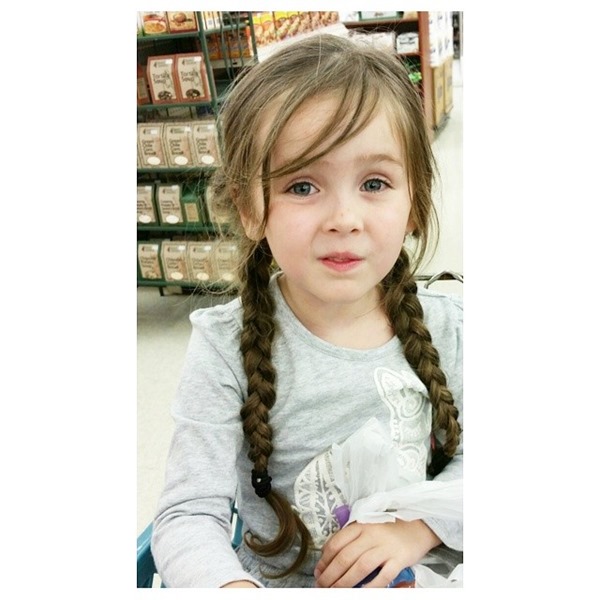 {I love her slightly chagrined: “Sorry for puking on the floor, Mama,” look here}

At that point, as I mopped up bodily fluids with the scant pile of napkins the Subway guy gave me (read here if you want the full story), I was getting rather convinced that the child was never getting well, not necessarily because it had been so long she fell sick (it really hadn’t) but because, every time she seemed better, something else would start.

We survived our errands, made it home, got Della in bed, and then Thursday morning arrived with more (but weaker) symptoms of sickness.

But they disappeared quickly, and for the vast majority of Thursday, I watched with hope to see if she might possibly, maybe, actually be better.

After 10 hours of no fever, no upchucking, and no hives, we ventured out again, this time for a haircut appointment for me and the boys.

And afterwards, we headed to Sonic (with pizza from a local joint because, while I am all about an occasional blueberry pomegranate limeade, I am never about Sonic food) and set up camp as the lone occupants (thank goodness!) of their sand playground.

Where Della proceeded to literally drown her sorrows in sand. 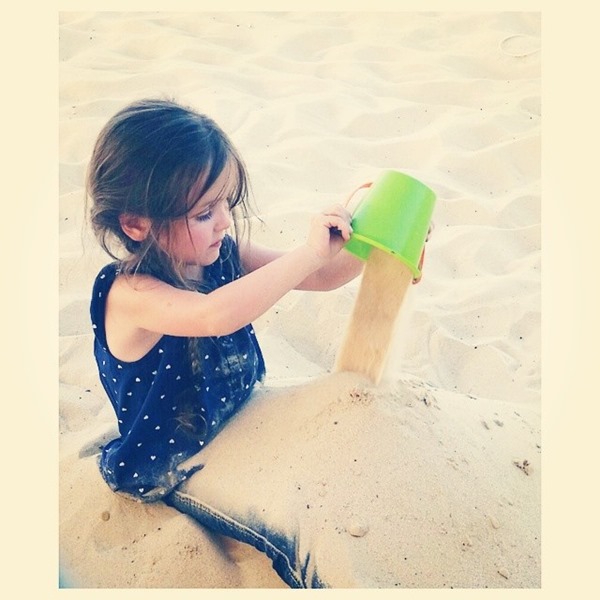 And Evy and I mugged for the camera because Nola was asleep in her car seat, and Evy was reveling in having Mama all to herself. 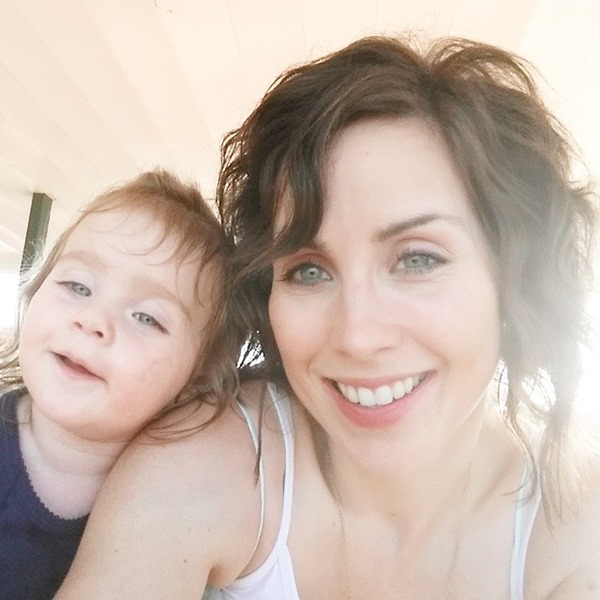 It was easily the best hour of the entire week.

(Although this moment gave it a run for its money…seriously, if you need a smile, be sure to check it out).

And so the week ended on a high note.

But you know what? While I’m not glad that Della had to be sick all week, I am glad for some of the “side effects” we experienced. With all of their abundant, pent up energy, the kids managed to help out even more than usual with the chores. And I tried to multitask, combining holding Della on the couch with lots of read-aloud time. And I found myself constantly going to the Lord to ask for a little bit more patience, a gentler tone, or the humility to ask for forgiveness (again) when I snapped at someone (something I have to do everyday, but it was definitely magnified by lack of sleep and sickness).  If Della hadn’t been sick, we would have spent a good chunk of several of our evenings at the gym, which is fine, but the time we got to spend together as a family this week was better. There was a whole lot of togetherness, and while I felt a bit isolated and craved adult interaction, I was reminded again—when Evy brought me a wipe and clumsily dabbed at my face when I randomly burst into tears one afternoon, when the boys gave the twins endless rounds of piggyback rides so I could give Della a bath, when Della rubbed my back as I carried her to bed at night—of what blessings the five little creatures God has entrusted to me are.

And that might have been the highest note of all.