Well, that was fun! At the time that I stopped counting last night, the voting numbers for Team Blue and Team Pink went a little something like this:

So, you guys were pretty sure about yourselves, huh?

Yeah, we’ll just see about that.

Honestly, the kids already knew the answer since they were there for the sonogram, but I’ve yet to meet a small person who will turn down an excuse to make cake. So, Ezra, Simon, Della and I spent the morning yesterday making a gender-reveal cake, just for you guys (except, of course, that we’re the ones who actually get to eat it).

And not only that, but my first ever ombre cake. I thought the kids would have fun getting their own bowl of color to mix. 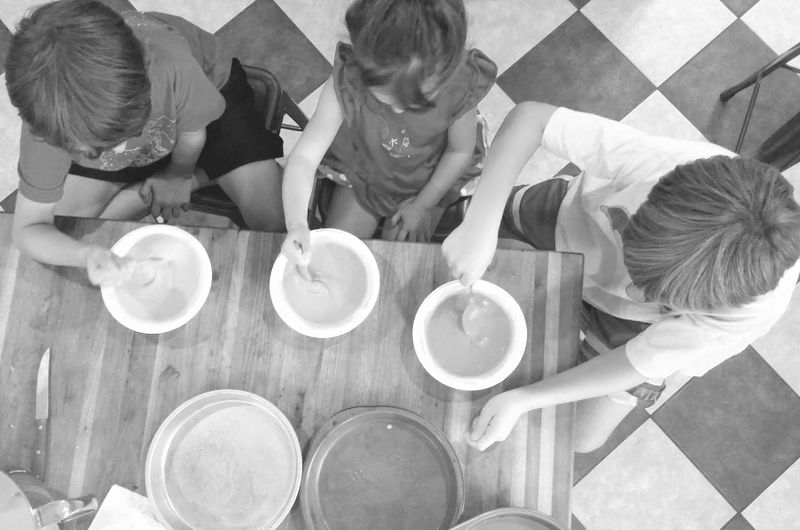 They stirred and giggled and then happily licked any remaining dribbles. 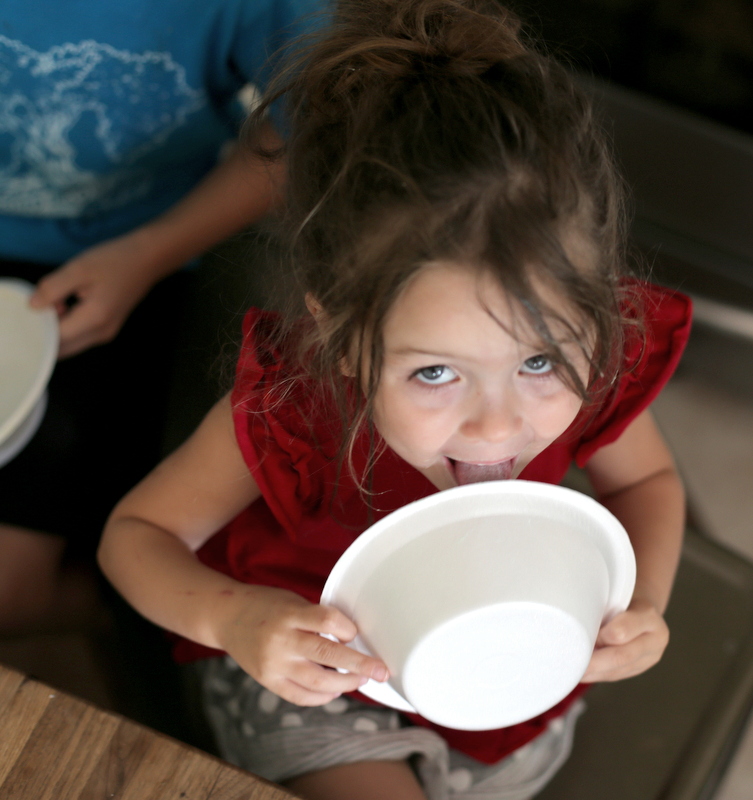 But honestly, you guys don’t really want to see cute pics of my kids right now, do you?

No, all you want to know is: 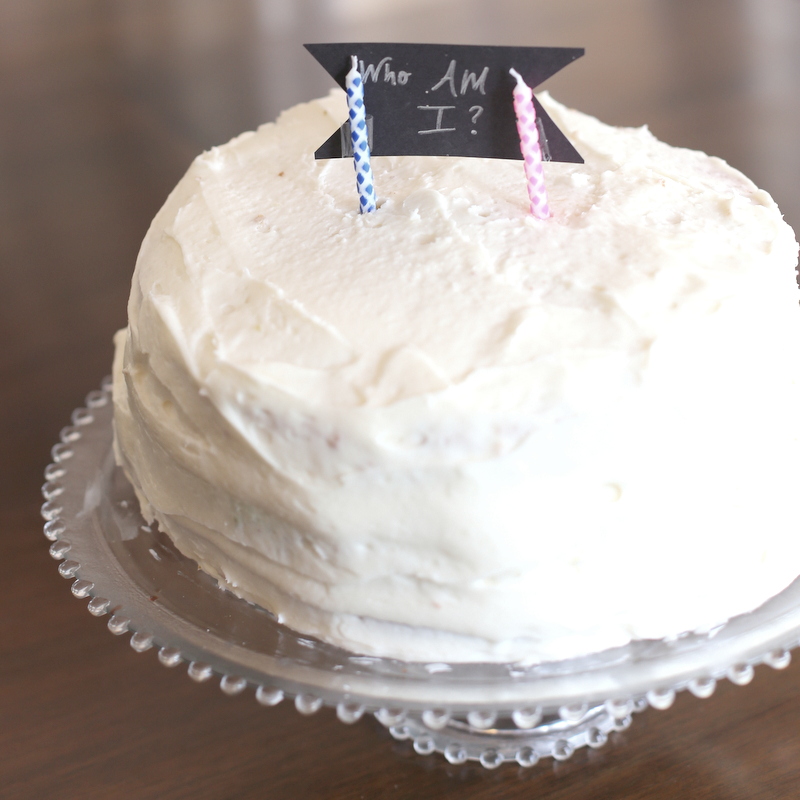 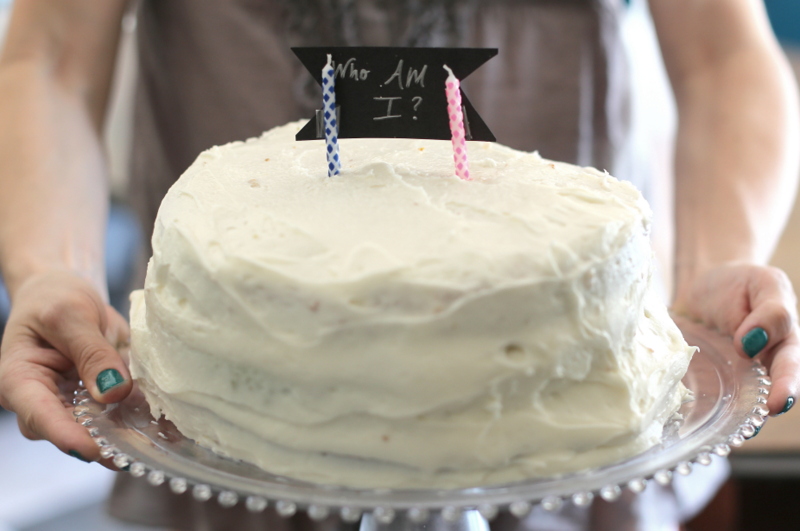 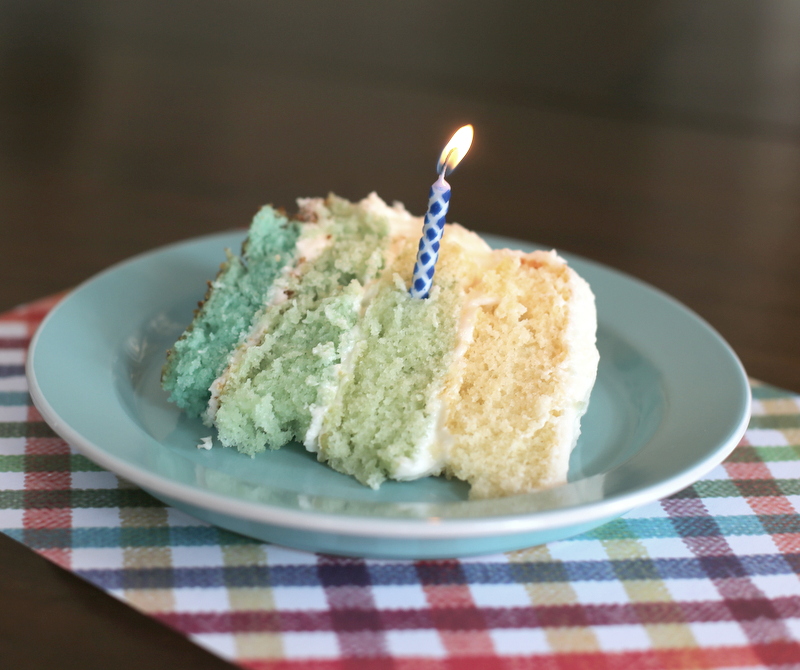 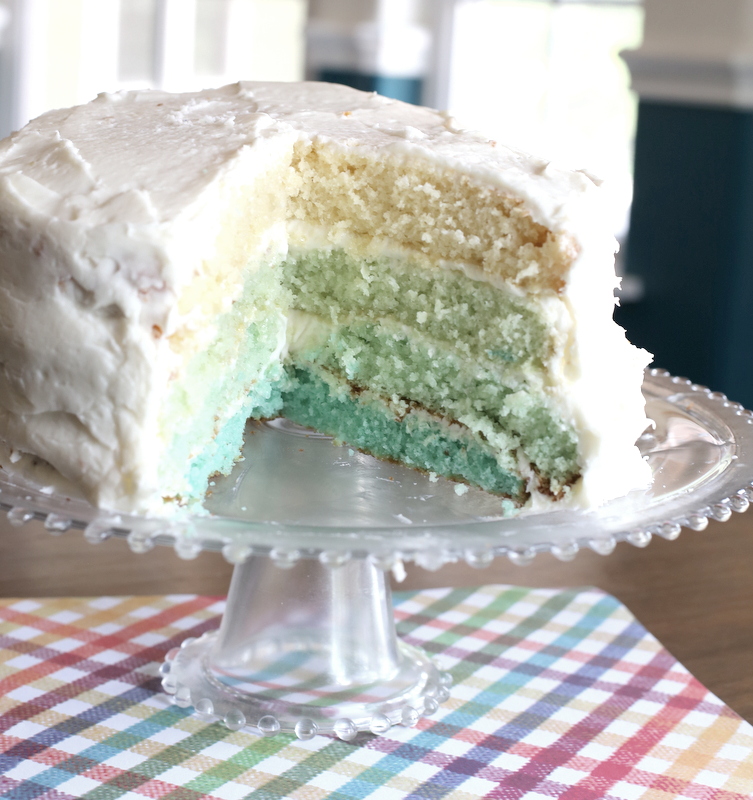 Y’all can tell that that’s blue, right? I did not anticipate the difficulty of transforming white (really, slightly yellowish) batter into blue, without its skewing green. But I am not, in fact, giving birth to a turtle. 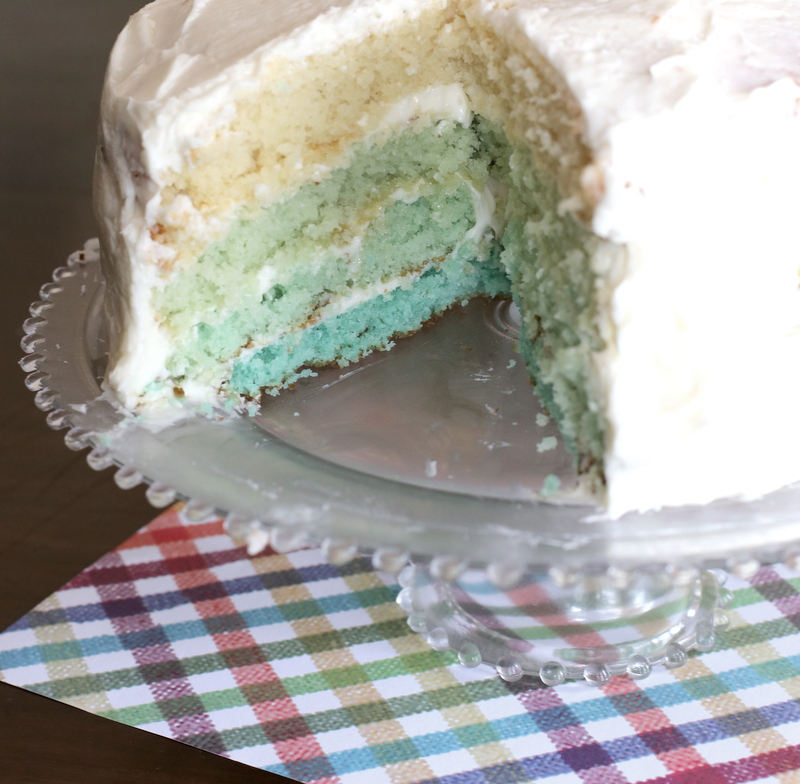 So, there you have it!

The majority was right!

And we are officially the Brady Bunch.

(My mind hadn’t even gone there, but I’ve already heard it 10 times in the brief period since we found out gender, so I fully expect to get it a lot more).

Oh, and FYI, ombre cakes are pretty darn easy to make (unless, of course, your second layer breaks in half and causes your entire cake to start sliding off to one side…not that I would know anything about that). 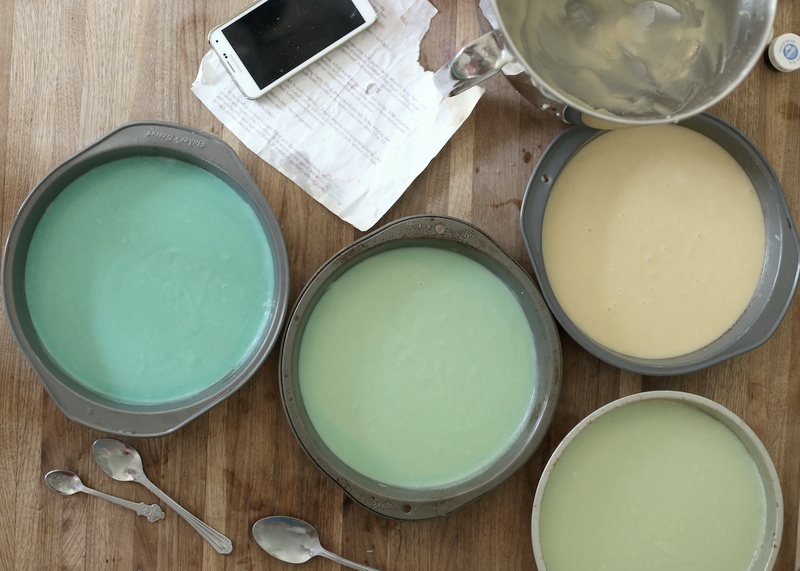 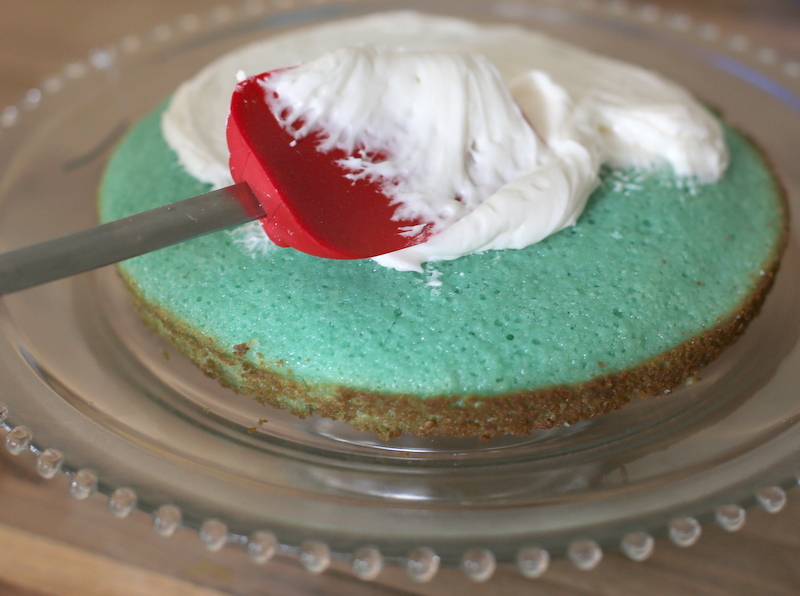 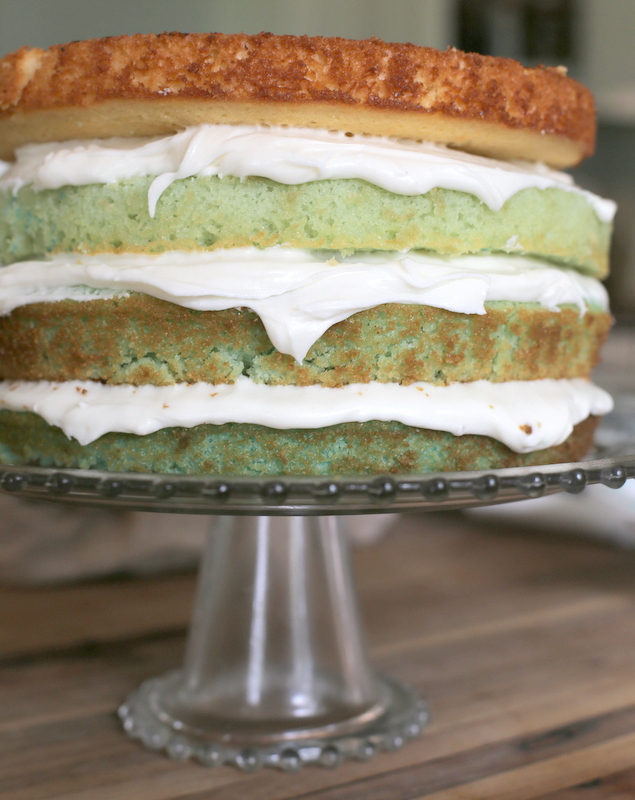 Send me a pic if you make one of your own!

Just don’t forget to let your kids lick the bowl. 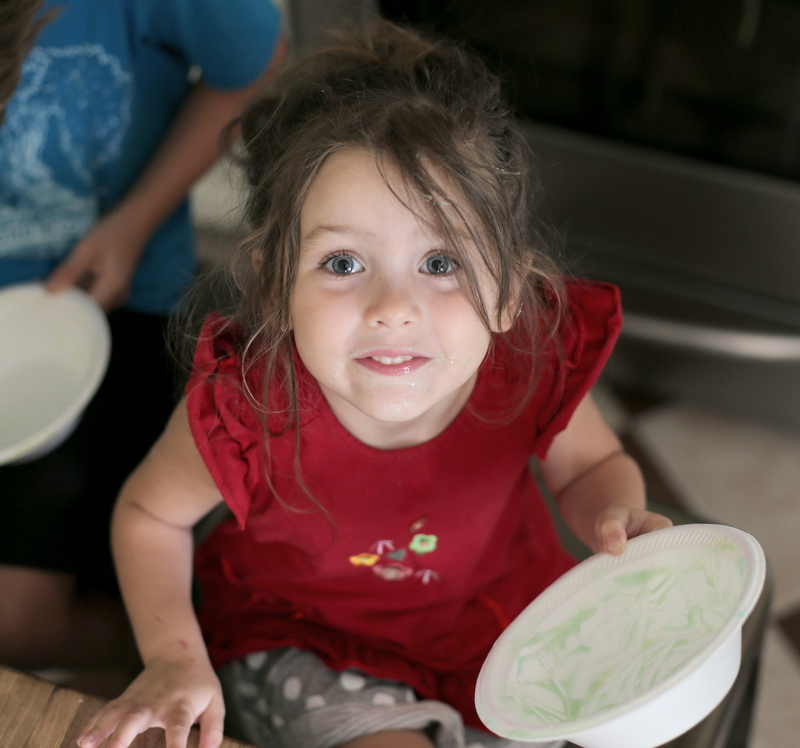