Saturday night, the twins and I went to “town” to pick up a few last minute things for today. (AKA: the first day of full-time homeschooling for us in 2 whole years…gulp).

I was hoping to find some storage baskets to hang on the wall, so I ducked into Marshall’s. I didn’t find my baskets (boo!), but I still love a good excuse to troll their aisles stuffed with randomness.

And, let’s be honest: it doesn’t get much more random than this: 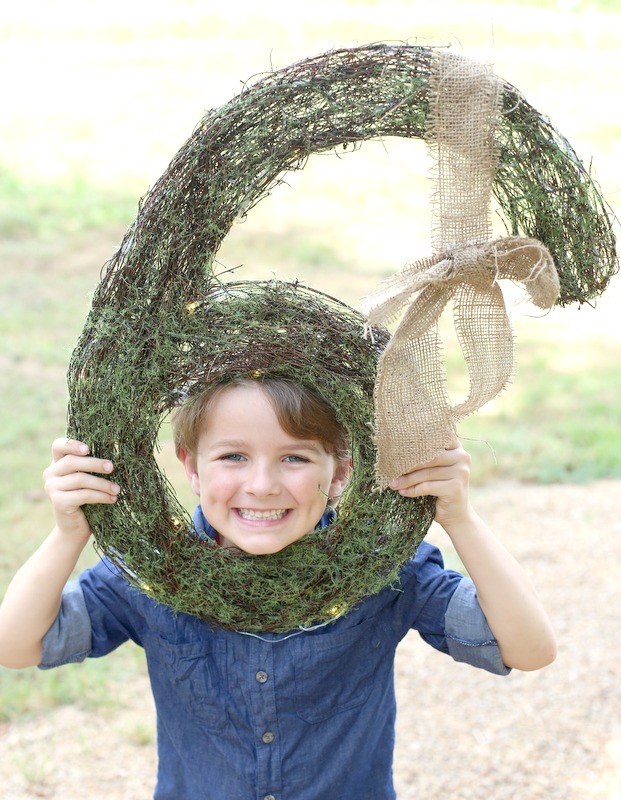 That would be a giant six made out of greenery and wire, complete with a burlap ribbon hanger and built-in twinkle lights.

I picked it up out of pure curiosity at first. But then. Oh THEN, an idea for a photo shoot with my kids rapidly formed in my mind. So, I hung that $12 piece of awesomeness on a stroller handle and tried not to poke anybody (the greenery is quite prickly!) on my way to the front. 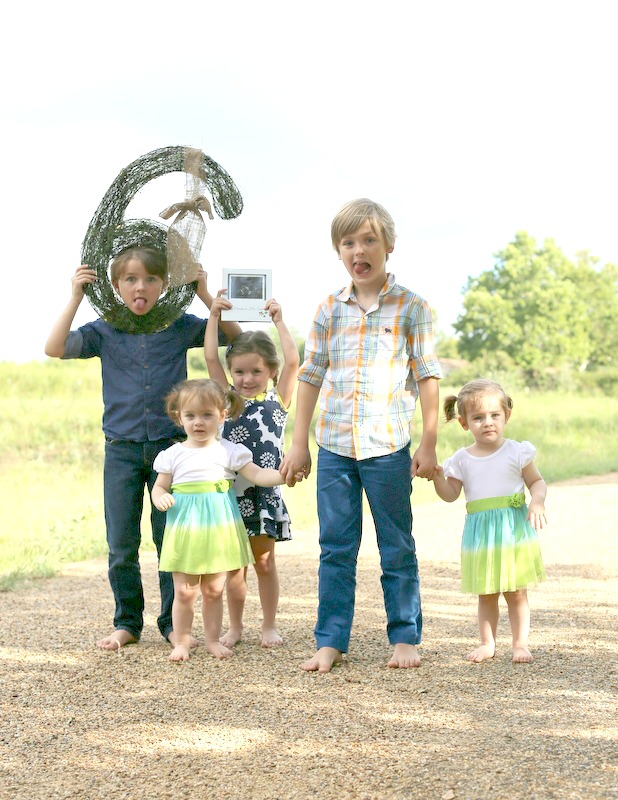 And then, Sunday morning, I dressed my kids up all cute-like, even though we weren’t going to church because Ezra had been running a fever and was still feeling sub-par (not that you would know it from the pictures…he’s a trooper!). And then, my husband and I had an extended “discussion” about whether I had, indeed, brought home a 6…or was it a 9? Which I finally won when we figured out that the supposed “hooks” on which he had hung (see how I did that?) his entire argument for the number 9 were actually intended for holding the battery pack for the twinkle lights. 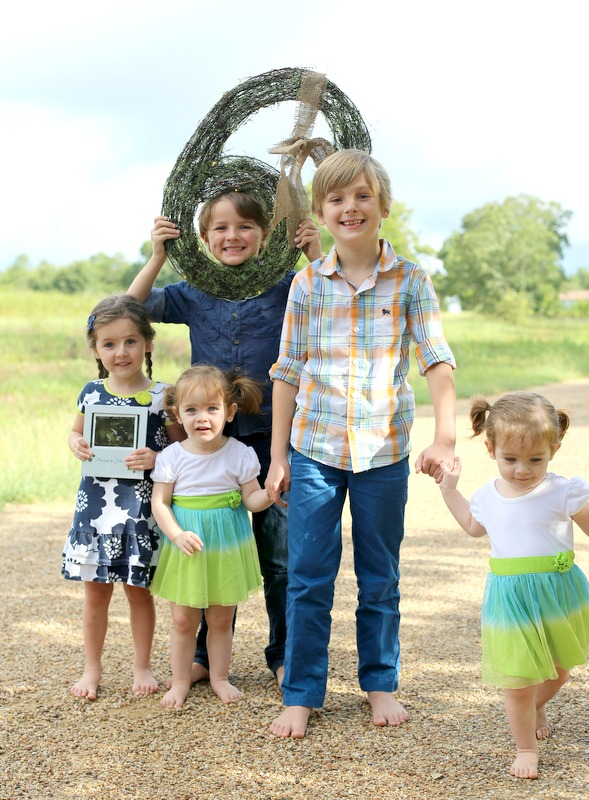 The entire debate ended with all of my children prancing around the room, parade-style chanting, “Ma-Ma’s Riiiiiight!” Awesome. 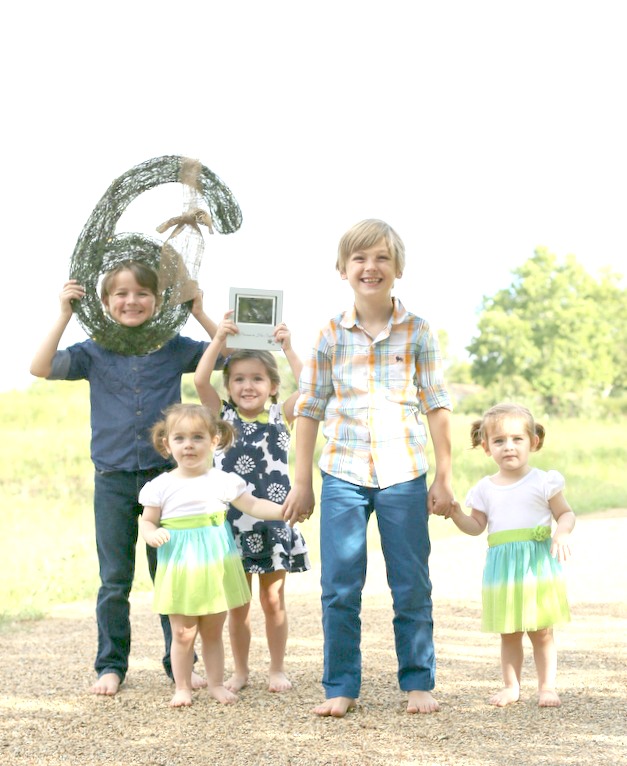 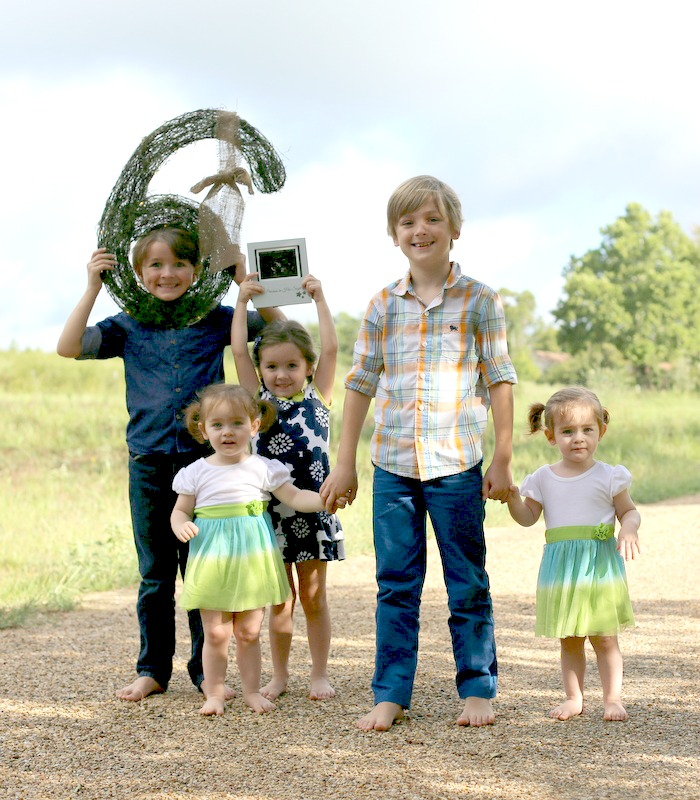 I managed to snag quite a few similar shots, but pretty much the second I tried to get the twins to themselves, Evy decided she was done. I sent Shaun to the house to grab some bribes (aka: homemade chocolate chip cookies), but all that got me was this: 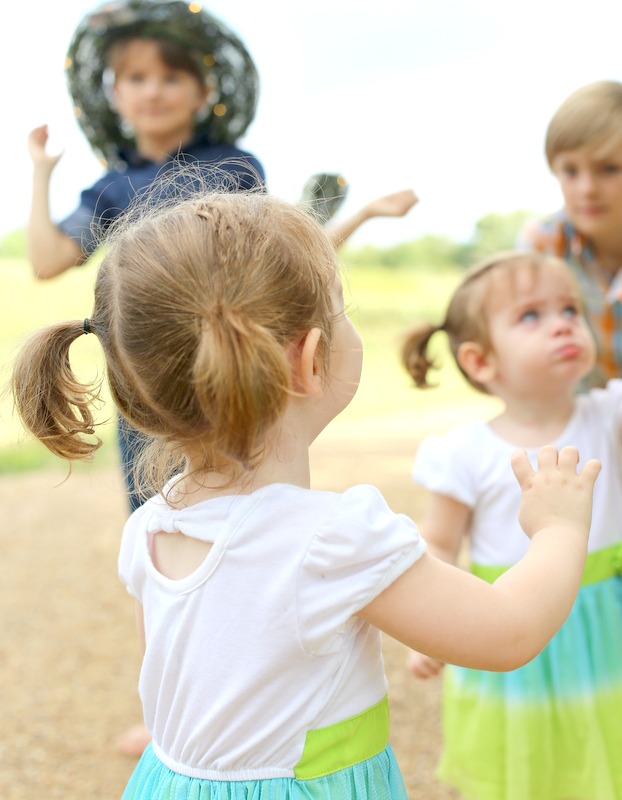 Still, I can’t complain too much when I managed to capture jewels like this one. 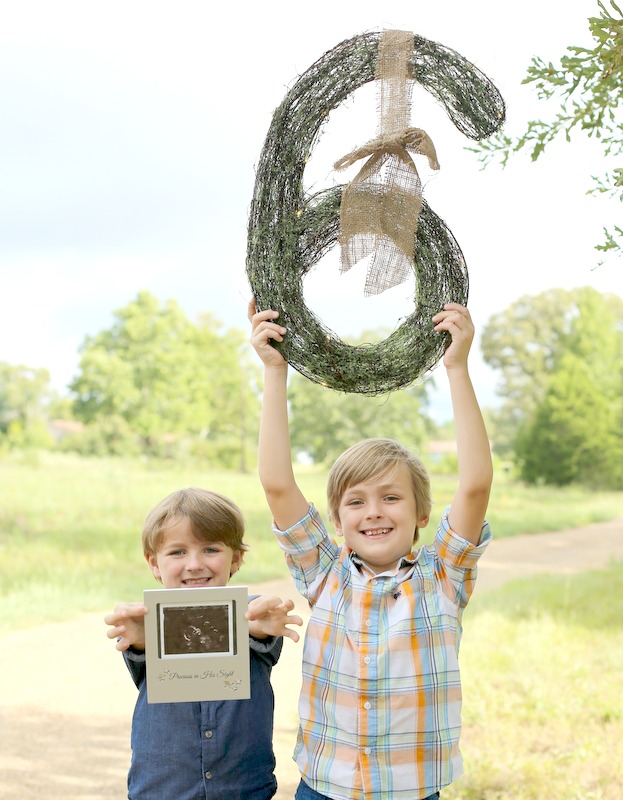 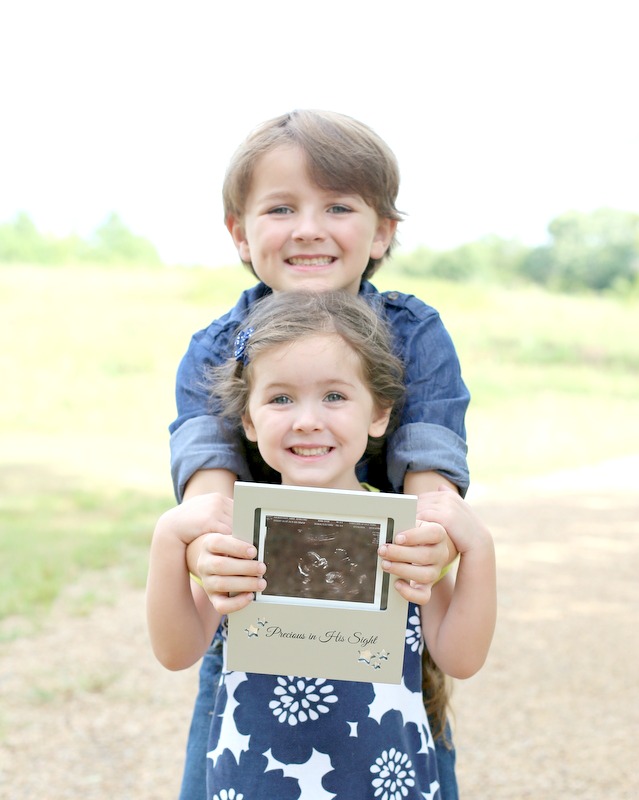 Oh, and we can’t forget this! 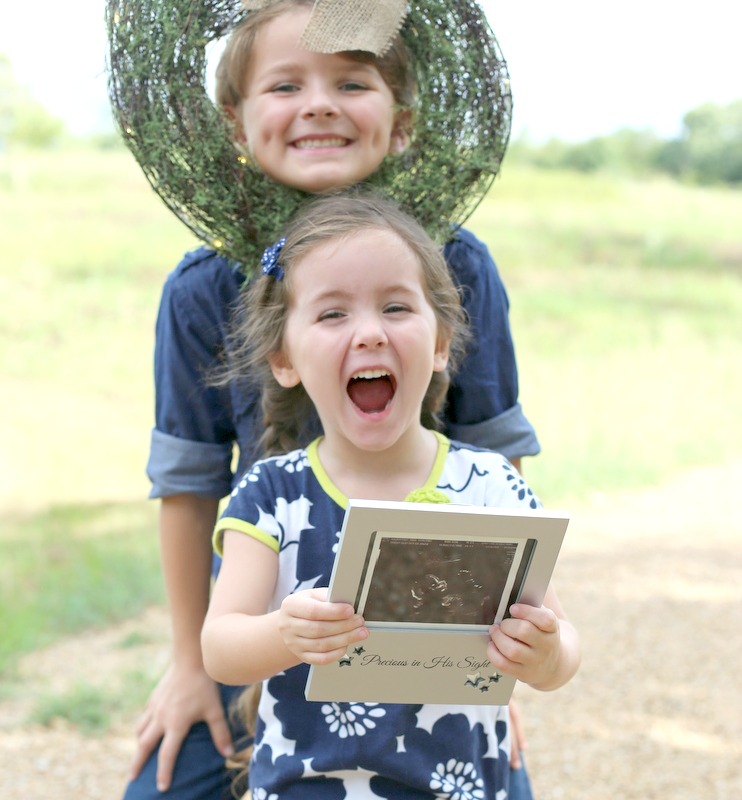 And even though it was actually a 6 (so sorry, babe), one of the things that sold me on it in the first place was that when/if God blesses us with another kiddo, we can flip that bad boy over and use it for a prop with all of us in the picture (I suppose I could keep it around for if we ever hit #9 in the kid department, but that’s an overwhelming thought at the moment. One kid at a time, Abbie. One kid…oh wait, I have twins).

P.S. Anybody else out there doing this homeschooling Mama thing with me? I’d love to hear from you, pray for you, and–well, why not!–have you pray for me too!