My crew is pretty used to “family pictures” by now.

But when I started tossing Mama-approved outfits at each of them on Christmas day after we got up from our naps and started getting ready to head to Softa’s and Sabba’s (my parents), there was a collective groan of: “OH NOOOOO…again???”

After all, we just got a round of Thanksgiving shots in that resulted in quite the miraculous occurrence of all of us looking at once (although, if you saw our family shot from Christmas, you might have noticed that we managed an even more miraculous repeat. We’re getting good).

But I didn’t quite get the shots I wanted that day. Not a huge surprise, given the number of small humans involved. And yet, I was determined to try again.

Plus, I played the: “This is Mama’s only Christmas present from you guys. Puh-lease??!” card. (I know; I’m rotten).

So, everyone was stuffed into something a bit nicer than the p.j. bottoms and t-shirts smeared with telltale traces of eggnog french toast we’d been sporting all morning and hustled out onto my parents’ pier yet again.

I had visions of cute posed pictures with the kids gathered around my belly jockeying for a position to kiss their stubbornly comfortable little brother or silly, “spontaneous” shots.

But after we managed to nab a good family shot, the twins were done and wanted nothing other than to be held by either Mama or Daddy. So, I gave up on the group shots and instead asked Shaun take a picture of just me and my children, one at a time.

And the results were…better than I expected. 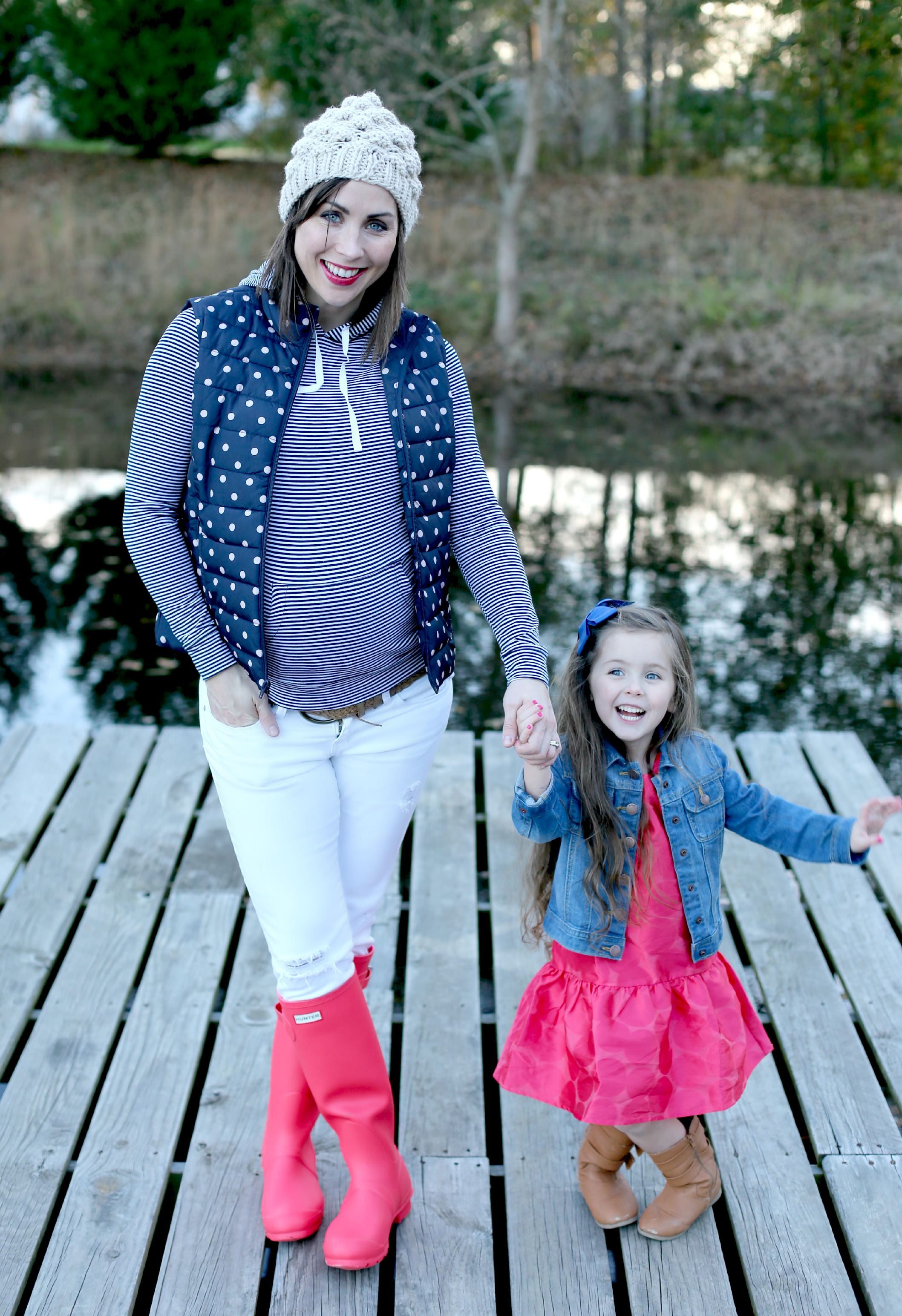 As much as I don’t love my physique at (then) 40 weeks pregnant, I know I will love having these to look back on. Della is in such a fun, spunky stage these days. She is full of hilarious, jumbled up witticisms, punctuated with very serious uses of words like, “Actua-wee,” “Wih-wee,” and “Pwobwee.” She’s also a bit of toot, with “spunky” being code for disobedient some days. But mostly, she’s sweet and helpful, and I’m really loving seeing her grow into her status as “big girl” of the family. 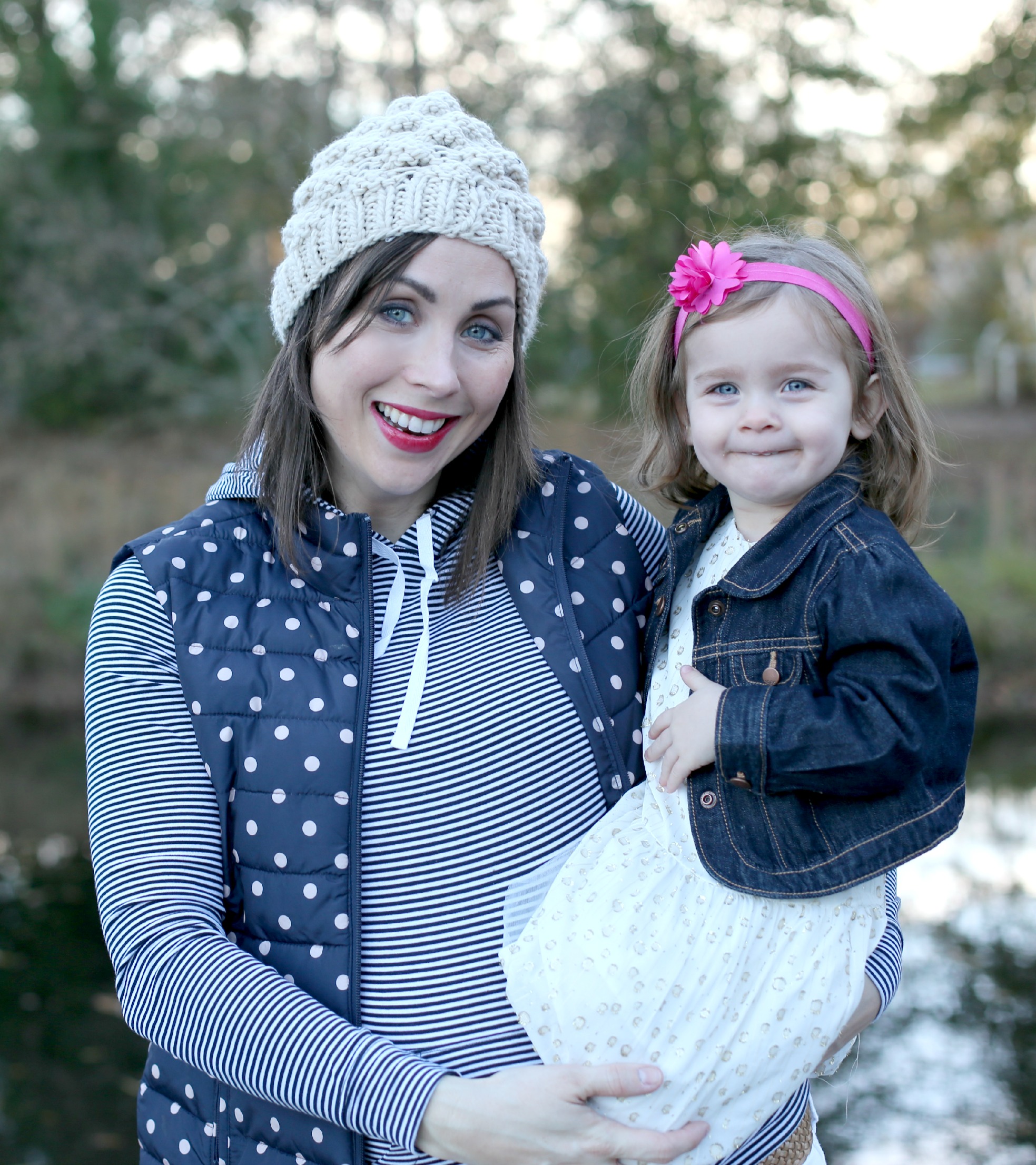 Evy is my little fairy sprite. She has a perpetually mischievous twinkle in her eye, and you can tell that she’s pretty much always thinking–usually about how to raid the pantry without Mama’s catching her. But, as much as she loves to pretend that she’s independent, she can’t help but climb up in your lap every now and then for a quick snuggle, and the second she sees someone in distress, she runs off to find a blankie to make them feel better (blankies are the twins’ love language). 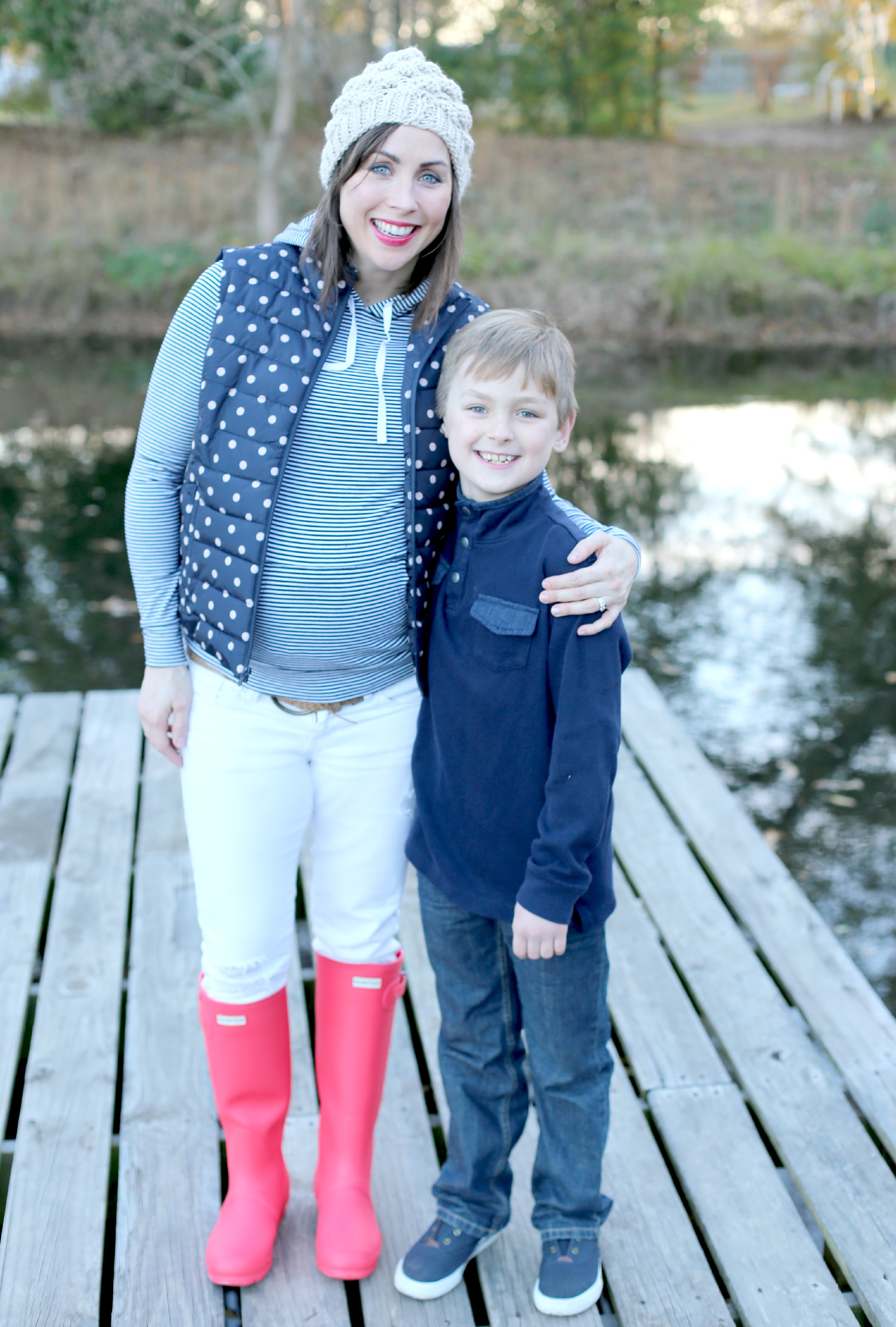 Ezra is such a firstborn–smart, kind, helpful, people-pleasing, and more than a little high-strung. He loves to pitch in and be noticed for his efforts. A kind word and a hug go a long way with this tender-hearted kiddo, and he is great at doling them out too. Plus, he gives the best foot-rubs, practically every day. 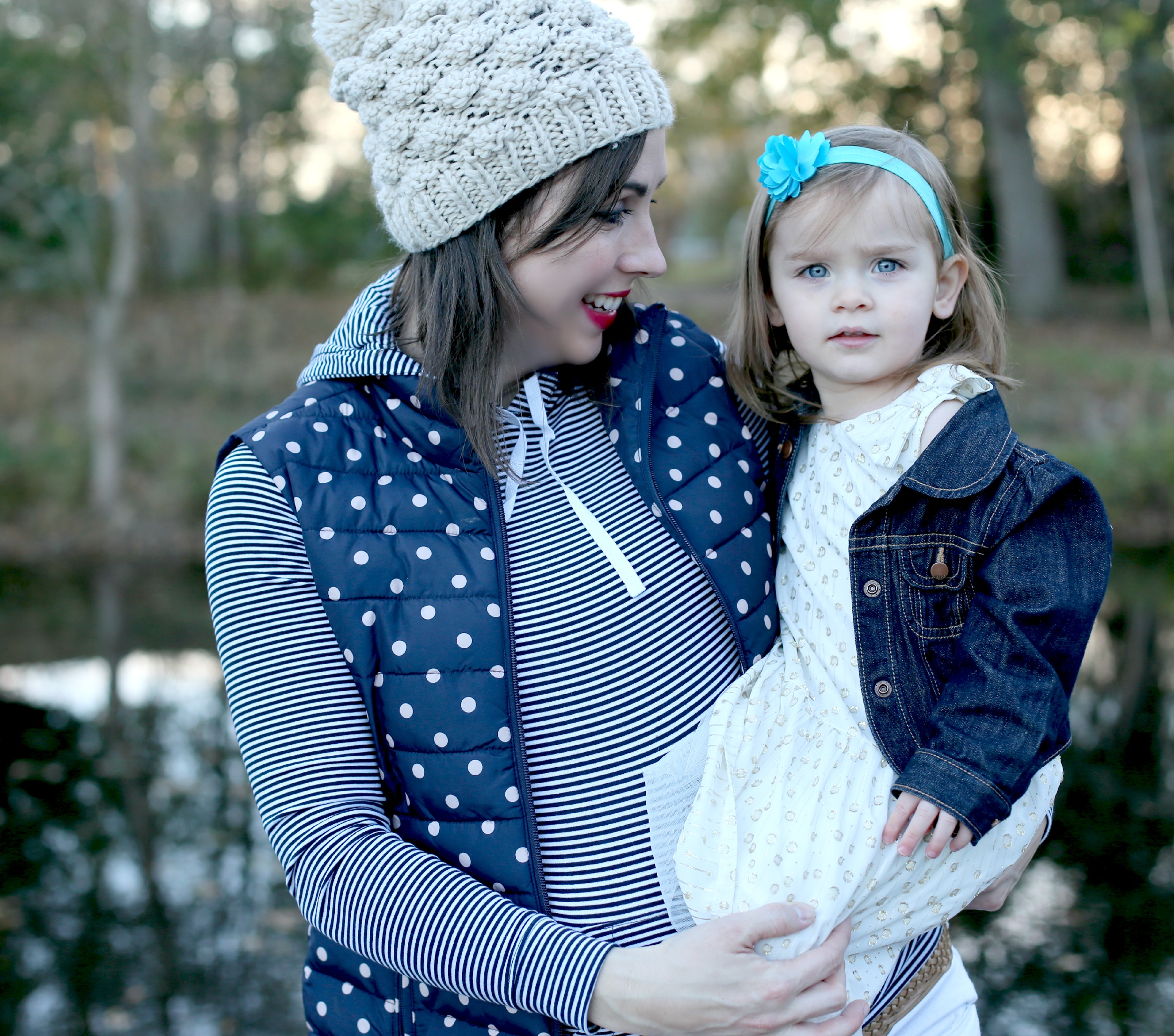 Nola is my little drama-queen. Everything is either sunshine and rainbows or dark clouds with pouring rain. She is an unabashed snuggler who would be happy to be held pretty much all day long. Every single time I get done teaching at the gym and open the nursery door, she squeals, “MAAAAMMMMMMAAAAAA!” and tumbles across the room straight into my leg, which she proceeds to hug as if she hasn’t seen me for weeks. It’s awesome. 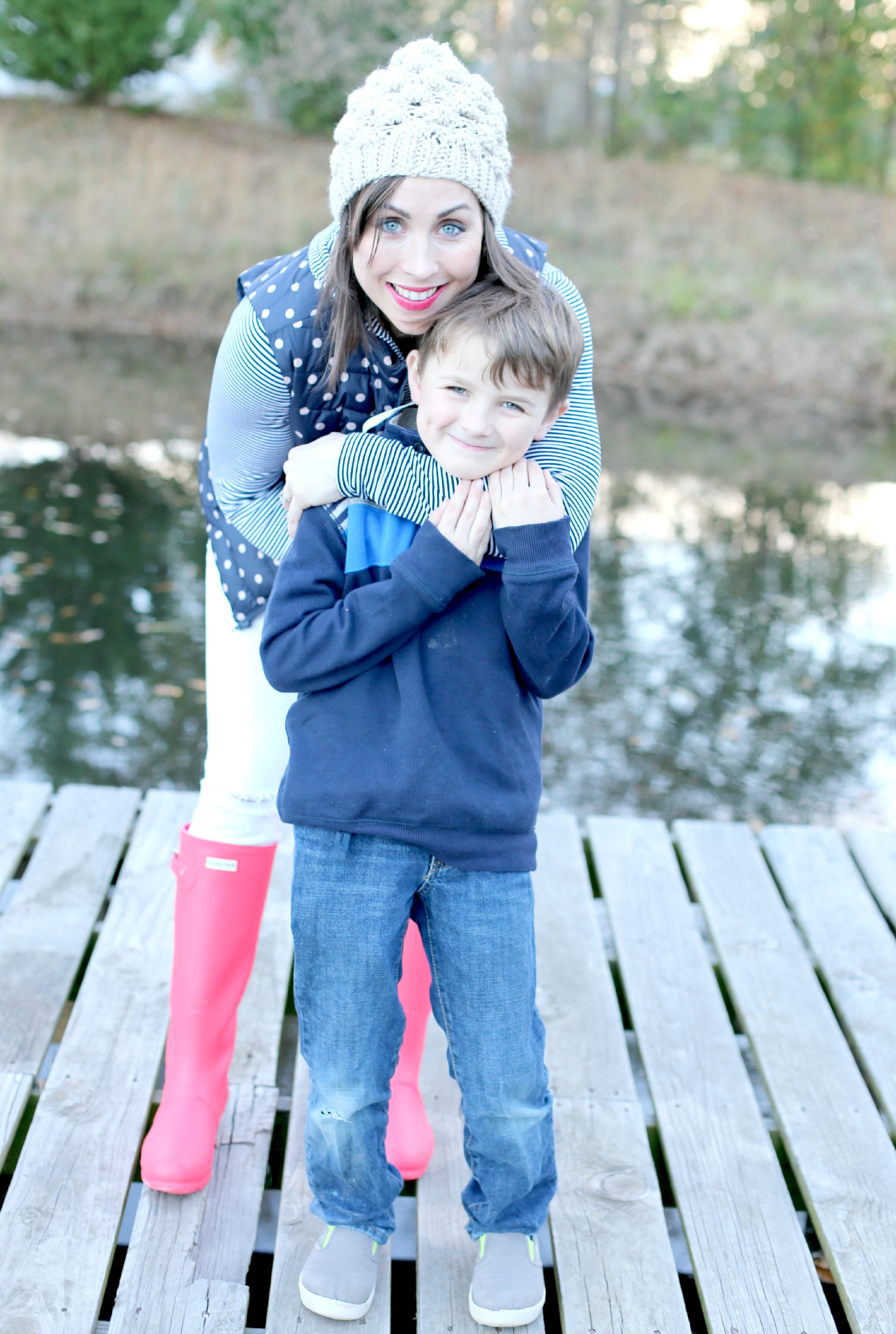 And Simon is my little fashion model (we joke about farming him out to GAP to pay for his college education). He has such poise and confidence beyond his years that, sometimes, it’s hard for me to fathom that he’s only 7. That is, until he breaks into giggles over one of his sisters’ tooting at the breakfast table and proceeds to talk my ear off about dragons and asking ridiculous questions like, “What if the earth were made entirely of waffles, Mama?” He loves to pester people and get under their skin, but he’s also great at noticing unexpected details and quietly fixing things that need it when the mood strikes him.

Of course, my kids are so much more than these little paragraphs can hope to encompass. But the best thing of all is that they’re mine. No one else has been entrusted with their welfare, well-being, and training up in the way of the Lord.

In fact, as I typed those words, I was reminded of this print from Lines of Grace: 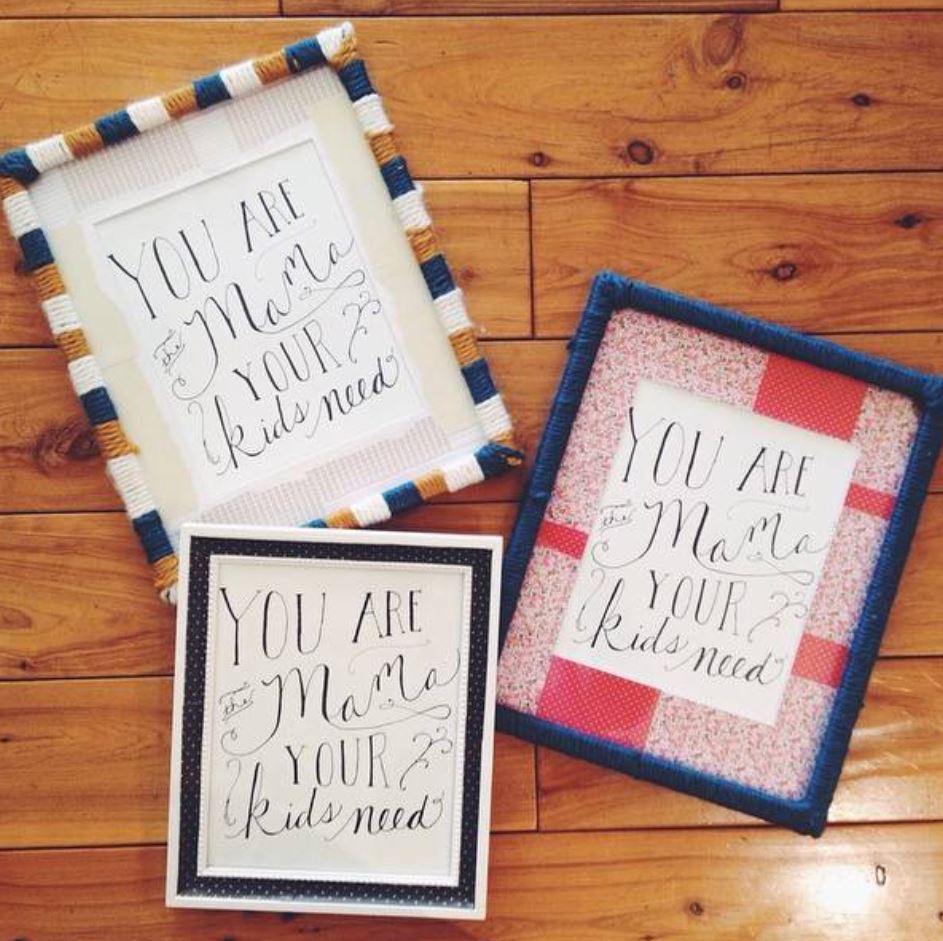 I think I need to have those words tattooed backwards on my forehead so that, when I look in the mirror, I’m reminded that God doesn’t make mistakes and that His grace is pursuing me every single time I lose my temper or respond impatiently or punish unfairly. I am the mama my kids need, not because I’m perfect (or even very halfway decent, sometimes) at this mothering thing but because God gave these kids to me and no one else.

It’s so good for me to see them like this–individually–and not merely as a hungry rabble of tiny humanity to be pacified and put to bed as quickly as possible (just being honest; Mama’s tired sometimes).

I might have played that whole, “This is Mama’s Christmas present,” thing in the first place to get my way, but I don’t think I had any idea what a gift these pictures would really be.

Something tells me God did, though.

P.S. My husband, who rarely asks for gift ideas, admitted to being stumped this year, so I confessed my deep, dark secret–that I’d been longing for a pair of Hunter boots for years now. I had even done all the research on the best price and found a color I loved and everything.  The official Hunter boots site is having some pretty decent sales right now if you’re on the–ahem–hunt for a pair of your own and don’t want to pay full price.

P.P.S. Would y’all pray for me? This little boy is refusing to budge so far, despite days of contractions, some of them so sharp and painful that I have to stop walking/talking and breathe through them. God has been very gracious to guard my heart against full-on frustration up to this point, but I’m running out of “time off” before we start back to regular life, and it’s hard not to get anxious. I’d love if it you’d pray that he COME OUT ALREADY, but more than anything, I’d appreciate prayer for my heart–that I would rest in God’s timing and be filled with his perfect peace. Thanks, y’all.

8 thoughts on “Snapshots with my kids”