Do y’all remember when Shaun took me to New York City for my birthday? I remember. It was amazing.

There was one less than amazing moment, though.

On our last morning there–indeed, in our last few minutes in the Big Apple–we managed to collectively lose our minds, 50 dollars, and some mighty tasty cookies…all in one fell swoop.

We had gotten up early and hustled to Levain bakery, where we proceeded to part with 50 hard-earned greenbacks to buy a dozen (only a dozen) of their famed chocolate chip cookies to take home as a special treat for our kids and the kind people who were watching them (my parents). Y’all know we’re frugal sorts. But every now and then, we like to splurge, especially on gifts. And, even though it was a little painful to spend that much money on cookies, we told ourselves it was worth it. After all, our chances of returning any time in the next decade (optimistically) were slim to none. And these are really big, really good cookies (okay, I’m done justifying now).

After the bakery, we hightailed it down to Rockefeller center, and I power-walked through Anthropologie, Free People, and J. Crew…just to say I’d been there.

Afterwards, I ducked into the Lego store while Shaun waited outside with our bags (we were those weirdos lugging our roller bags along the walkway through the Saturday morning crowds…Tourists).

After finding (and paying way too much for…how can plastic cost so much??) the perfect Lego set to take home for the boys, I hurried out the door, grabbed my bag, and we proceeded to annoy people with our, “Excuse us,” “Sorry,” “Coming through,” routine for about a block or so until I was suddenly overwhelmed by that sickening we’re-missing-something feeling. I took rapid stock of our various shopping bags and demanded, “WHERE are the cookies??”

Shaun just stared at me, startled.

“I thought you had them,” he said.

“No! (pretty sure I sounded a little screechy) I set them down by you when I went inside the Lego store.”

“I never saw them,” he said. And then, he dropped his bags in a heap beside me and sprinted (or as close to it as you can get on congested Manhattan sidewalks) back the way we’d come.

It had been maaaaaaaybe five minutes since we left the Lego store. But by the time Shaun fought his way back…

The bag–containing half a Benjamin Franklin’s worth of cookie deliciousness–was gone. 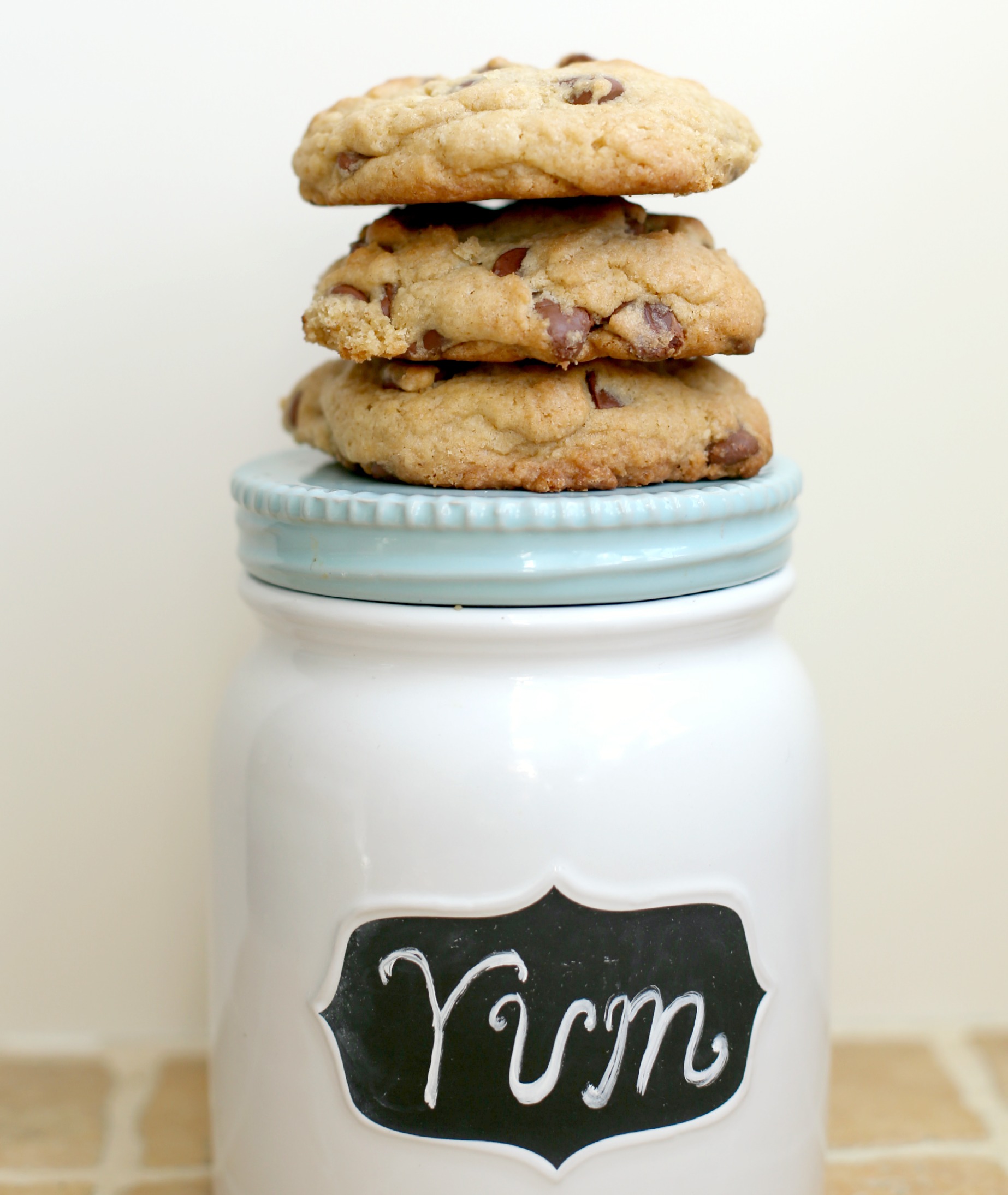 Honestly, I hadn’t thought about that little episode of brain-deadness practically since it happened (repression at its best, people) until I spotted this copycat recipe. 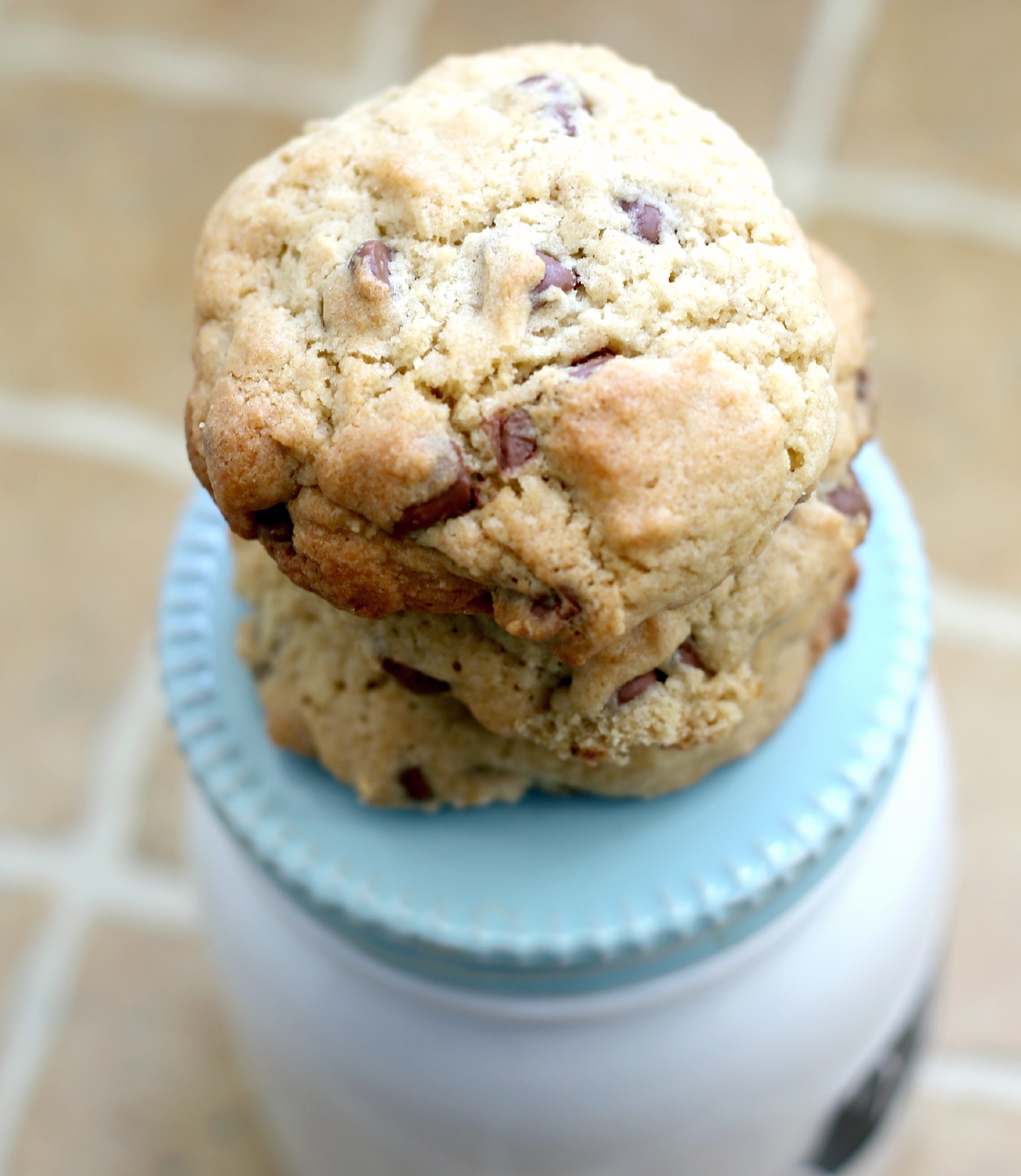 This is Shaun’s birthday week (he turns the big 3-5 on Saturday), and I knew the instant I saw the recipe that this was my big chance to at least partially redeem our bag of stolen cookies. (Side note: I sure do hope that it was someone who really needed them–as much as anyone can need a cookie, anyway). 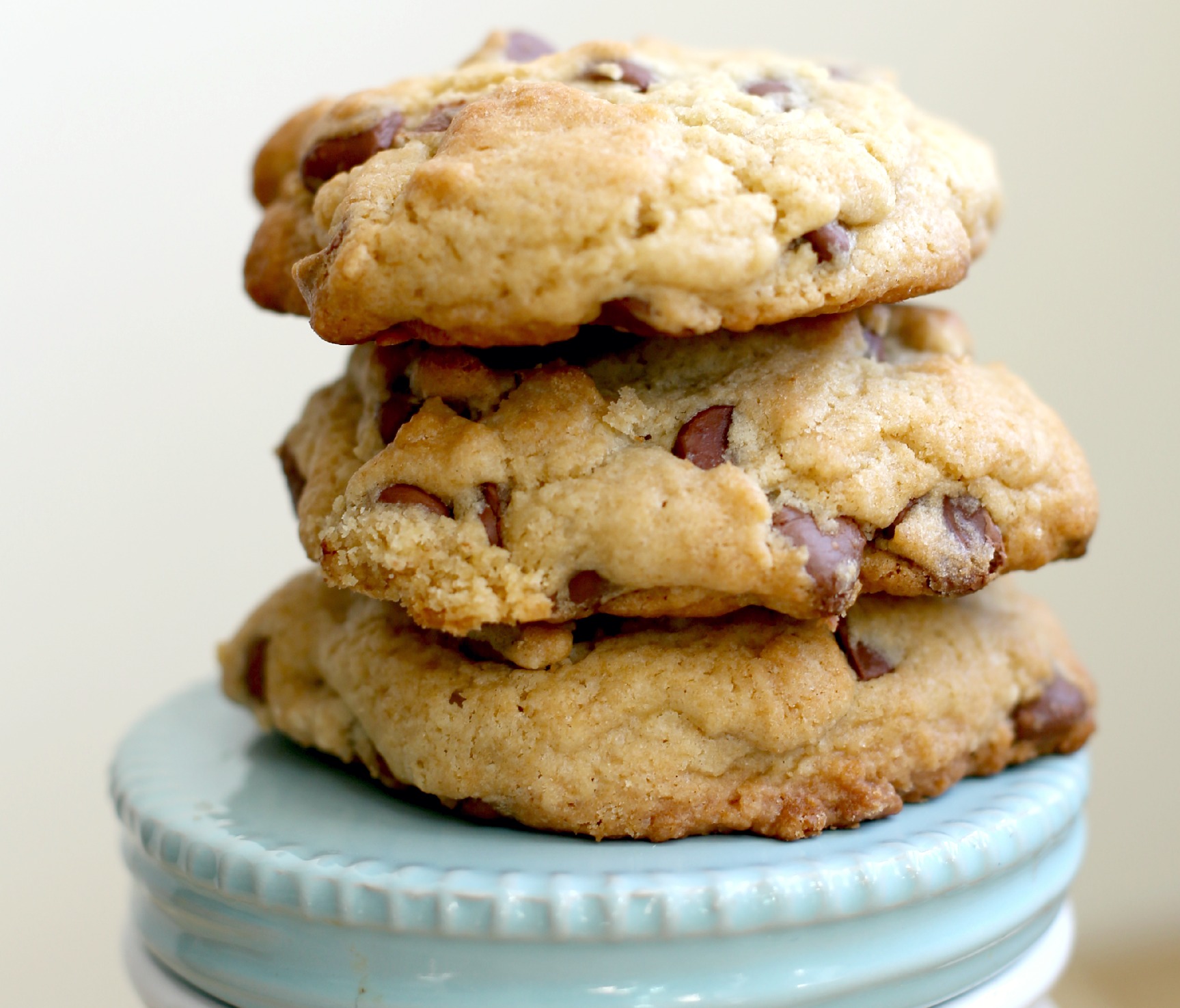 ANYhoo, I whipped up a batch the night before last as a surprise for Shaun, and even though I managed to over-bake them slightly (despite the recipe-writer’s repeated warnings to TAKE THEM OUT EARLY…heed it, folks), they were still delicious and took a little bit of the sting out of the “batch that got away.” (I used Ghirardelli milk chocolate chips instead of dark).

I highly recommend that you give them a shot. 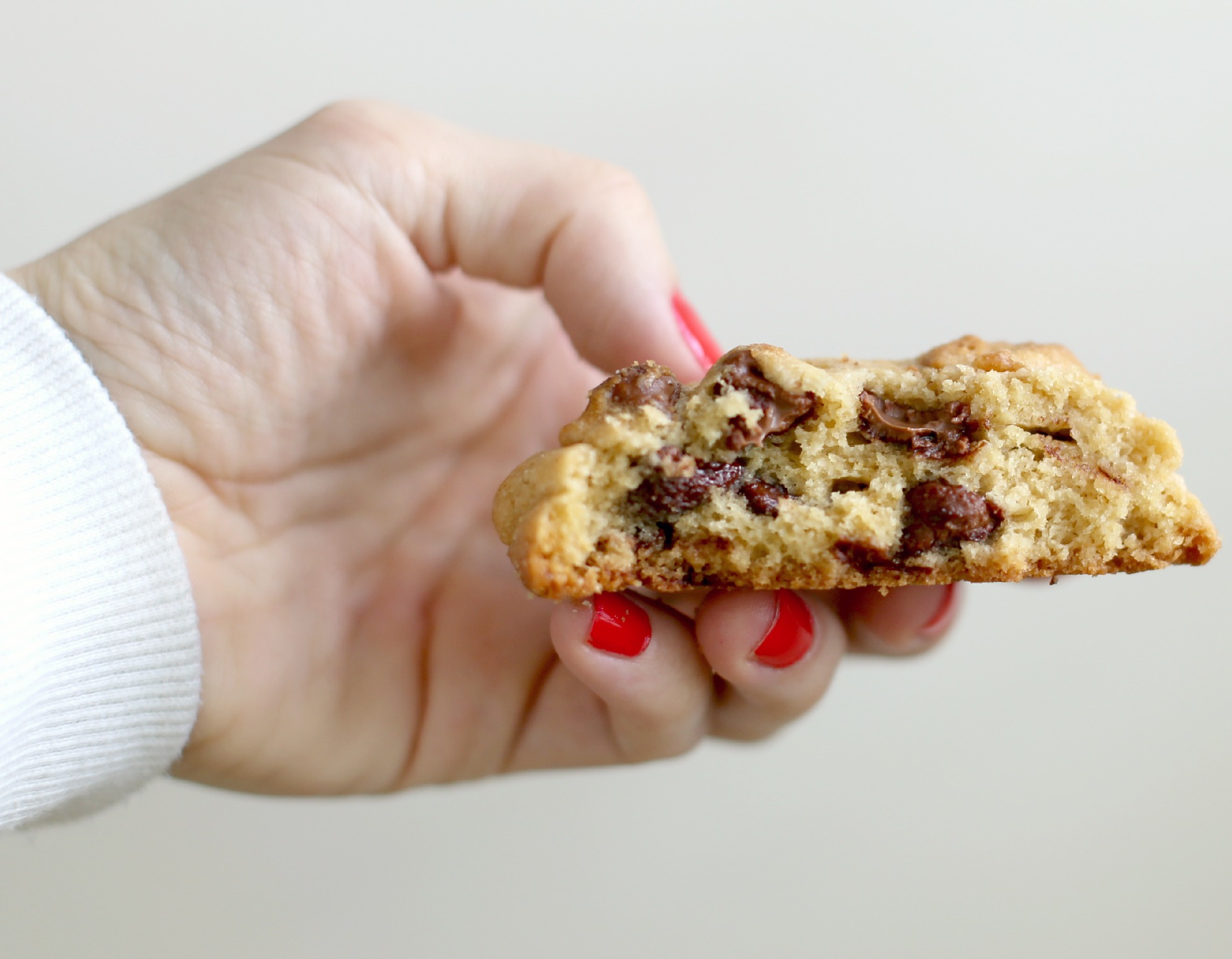 P.S. See my lovely painted nails? I used taking this picture as an excuse to paint them for the first time in forever. And then, when Della asked if I would paint hers, I promised her I would as soon as I finished this post. I gave her and the twins a piece of cookie to occupy them, then sat down on the couch to finish typing all of this. All was well until I heard the an ominous CLINK in the kitchen and looked up to see Della holding the top/brush of the nail polish bottle, with the bottle nowhere in sight. Yup, you guessed it. That “clink” was the sound of the glass bottle hitting the floor. A floor that is now spattered from one end to the other with the same lovely shade of deep, dark orange-red you see on my fingers.

So, I guess this post sort of has a theme: Moments that Make You Want to Put Your head Through a Wall.

Anybody want to cheer me up with a, “Oh man! Did I just do that??!” story of your own? I’ll be ever-so-grateful to come back and read them at naptime…assuming I’m not still scrubbing nail polish off of tile floors.

P.P.S. Speaking of recipes, I recently tried out these banana pancakes (twice), and these cheesecake bars. And they were both ah-mazing! You know, in case you needed any help breaking your New Year’s resolutions.