So, I’ve had this idea for a while of creating a series of tips for making life a little easier. Specifically easier for mamas. (And, let’s face it, easier for our families too, since the fewer cases of the crazies we get, the better off the people we live with).

It’s certainly nothing earth-shattering. There are entire sites dedicated to tips on motherhood. But I wasn’t looking for something that involved. I don’t need field tests or research projects. All I need is time-tested tricks, shortcuts, and why-didn’t-I-think-of that ideas from mamas (just like you) that I can post here, so the rest of us brilliant women can benefit too!

I’ve been jotting down ideas in my phone as they occurred to me or came to my attention for the last several months, but, with Christmas and Theo’s birth and starting back to school, the concept had just sort of slipped to the back of my mind…where it lay quietly biding its time until I got mastitis last weekend and decided to start swallowing raw garlic.

Um, maybe I should back up a bit. So, Saturday night, I started feeling soreness in my left breast. I mentioned it to Shaun as we were going to bed but (stupidly) chalked it up to an especially enthusiastic toddler tackle.

By the next morning, I knew exactly what it was. I’d only had mastitis one other time (soon after the twins were born, right around the time I got shingles; if only I had a time machine to go back and repeat that month…I’d smash that hunk of junk to bits). And that episode had been relatively mild. But I still recognized the now-considerably-more-acute pain and–yup–sure enough, angry red streaks across my skin.

My other symptoms were mild, so we proceeded as usual with our Sunday morning. Shoot, we even managed to go grocery shopping before church! But I digress.

At church, I asked my friend, Shanna, who is an essential oils guru, what I might use to keep the infection from getting worse, and she recommended several things and then said, “But you know, I cured full-blown mastitis with nothing but raw garlic.”

I had definitely read about the medicinal qualities of raw garlic but had completely forgotten about them until Shanna mentioned them. Still, I figured I’d keep that idea in my back pocket as a “last resort.”

Not too surprisingly, that last resort came to fruition–at 3 AM, no less. Now granted, my first attempt at raw garlic consumption was less than pleasant. I chopped a very large clove up pretty fine and ended up having to take it in two rounds, which produced a fair amount of gagging (mostly from texture), a copious amount of water-gulping, and my personal best in the speed-eating of a banana to chase it all down.

Suffice it to say that I was less than eager for a repeat. But I couldn’t deny that my symptoms felt considerably less severe about an hour later.

Stubborn human that I am, I spent Monday morning suffering on the couch, until a new round of shakes and crumminess convinced me to give the garlic another go. This time, though, I chopped the clove into pill-sized pieces, downed them in one round, and chased them with a gulp of water and a Clementine. No gagging. No shuddering.

Within an hour, my worst symptoms had abated, and by evening, only the soreness and a lingering headache remained. (And this, after the mere thought of moving had been far from bueno for a solid 24 hours).

I posted this pic to Instagram and Facebook on Tuesday as proof of how much better I felt. 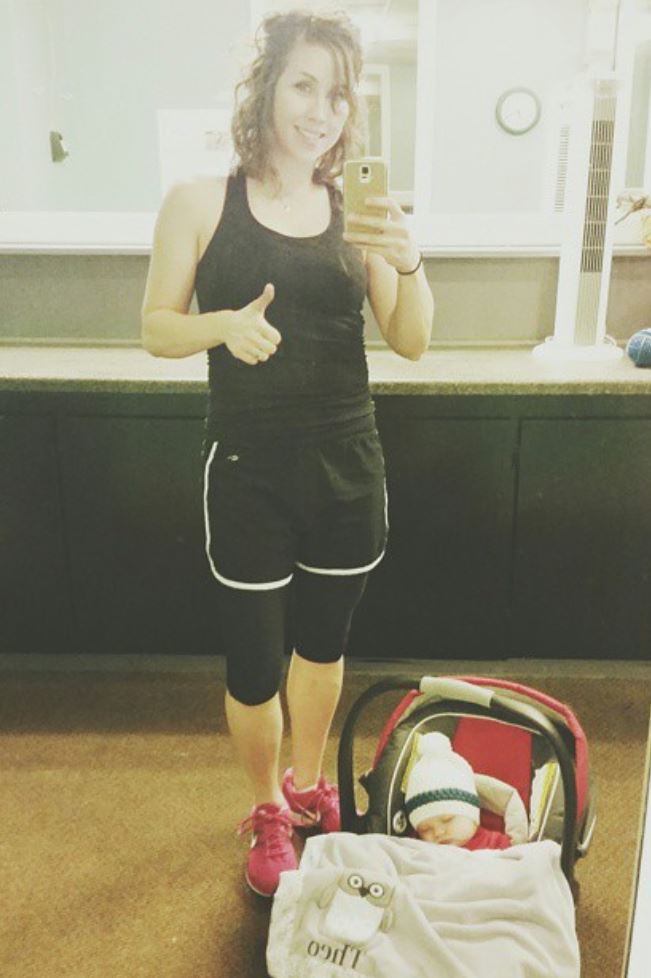 I fully expected the chatter to be about Theo in his cute hat, but instead it was either, “Preach it, sister! Garlic works!” or, “Wait, HOW does this garlic thing work??”

Which brings me to this post, which is the first in a series that I’m calling… 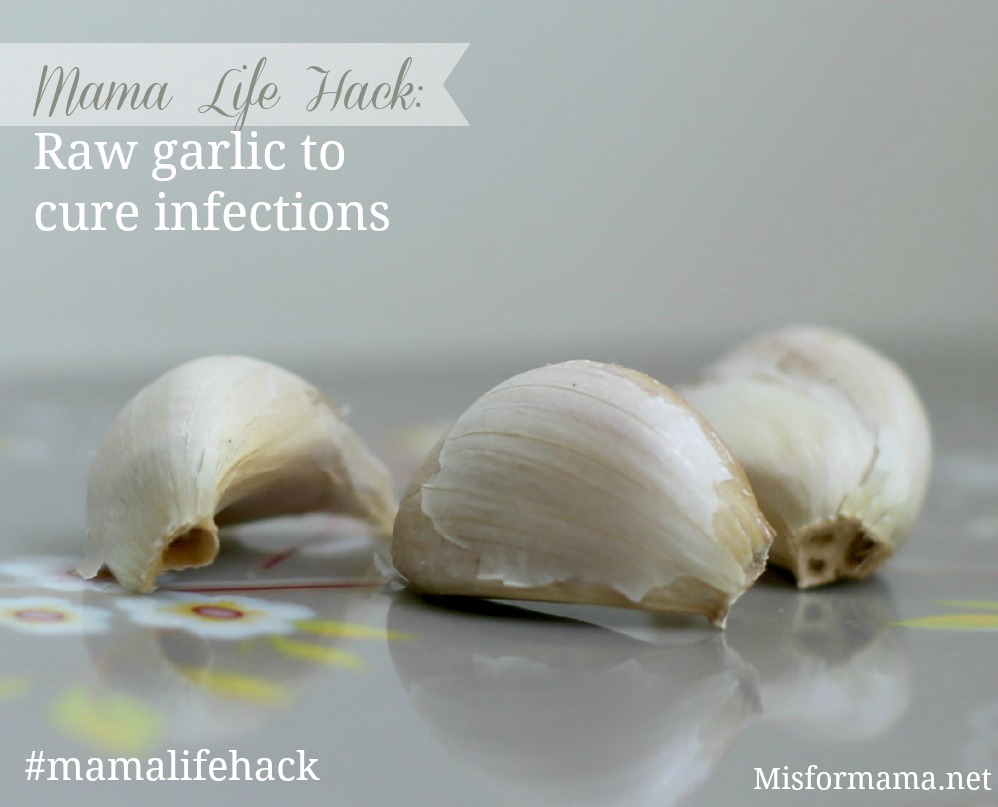 So, how does this raw garlic thing work? Well, garlic has long been used for medicinal purposes, mostly due to the efficacy of the chemical allicin, which gives garlic its potency and its pungent odor. Garlic, in various forms, can be used to treat or alleviate a number of conditions from mastitis to yeast infections to the common cold and more. 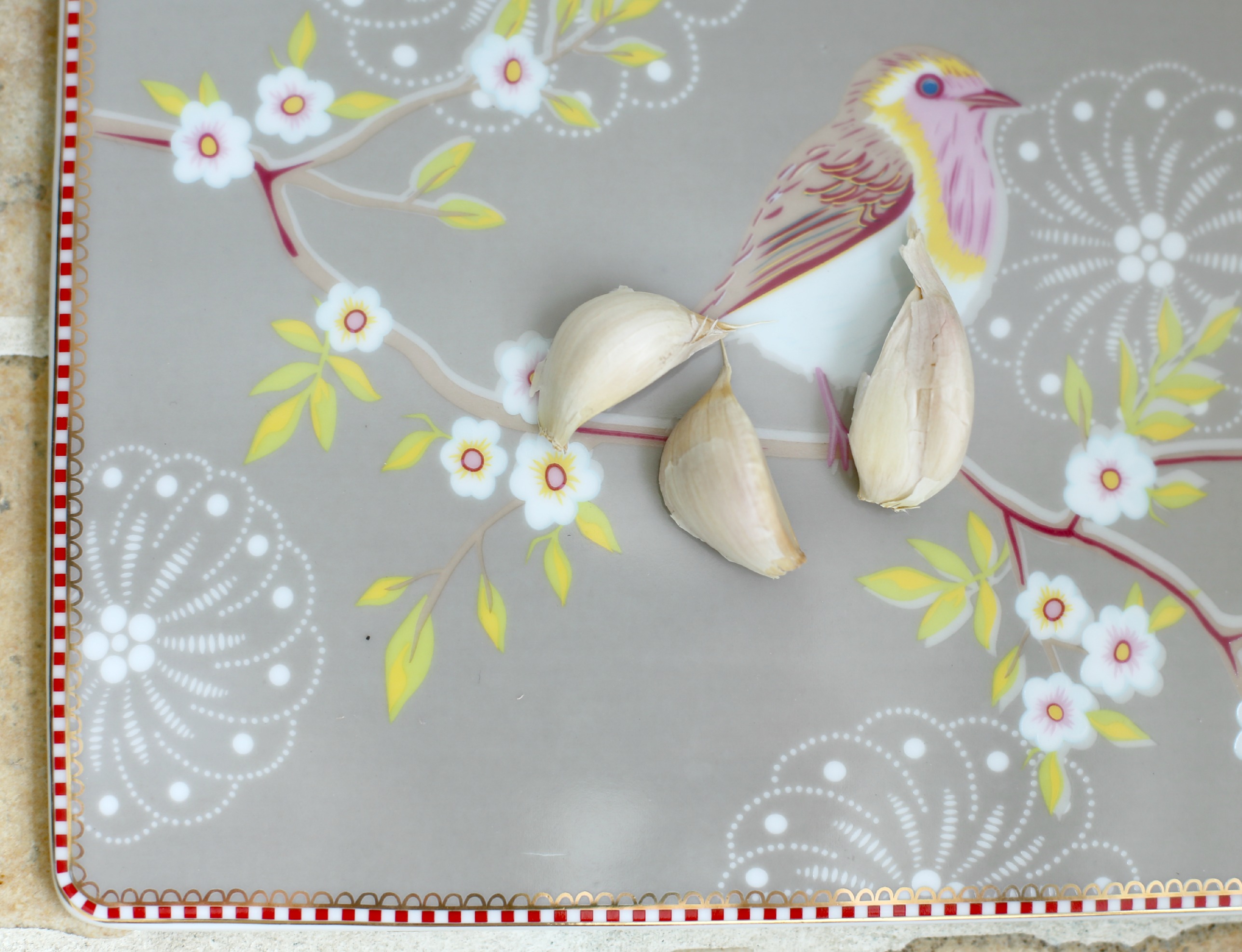 I encourage you to do your own research, of course, since my advice is purely anecdotal and I am no doctor, but, barring an allergic reaction or a complete and total inability to tolerate smelling like salami for a while, what have you got to lose?

For the raw garlic method, all you need to do is chop up a clove of garlic into pill-sized pieces, down it with water or juice, then follow it up with something yummy if you feel the need. 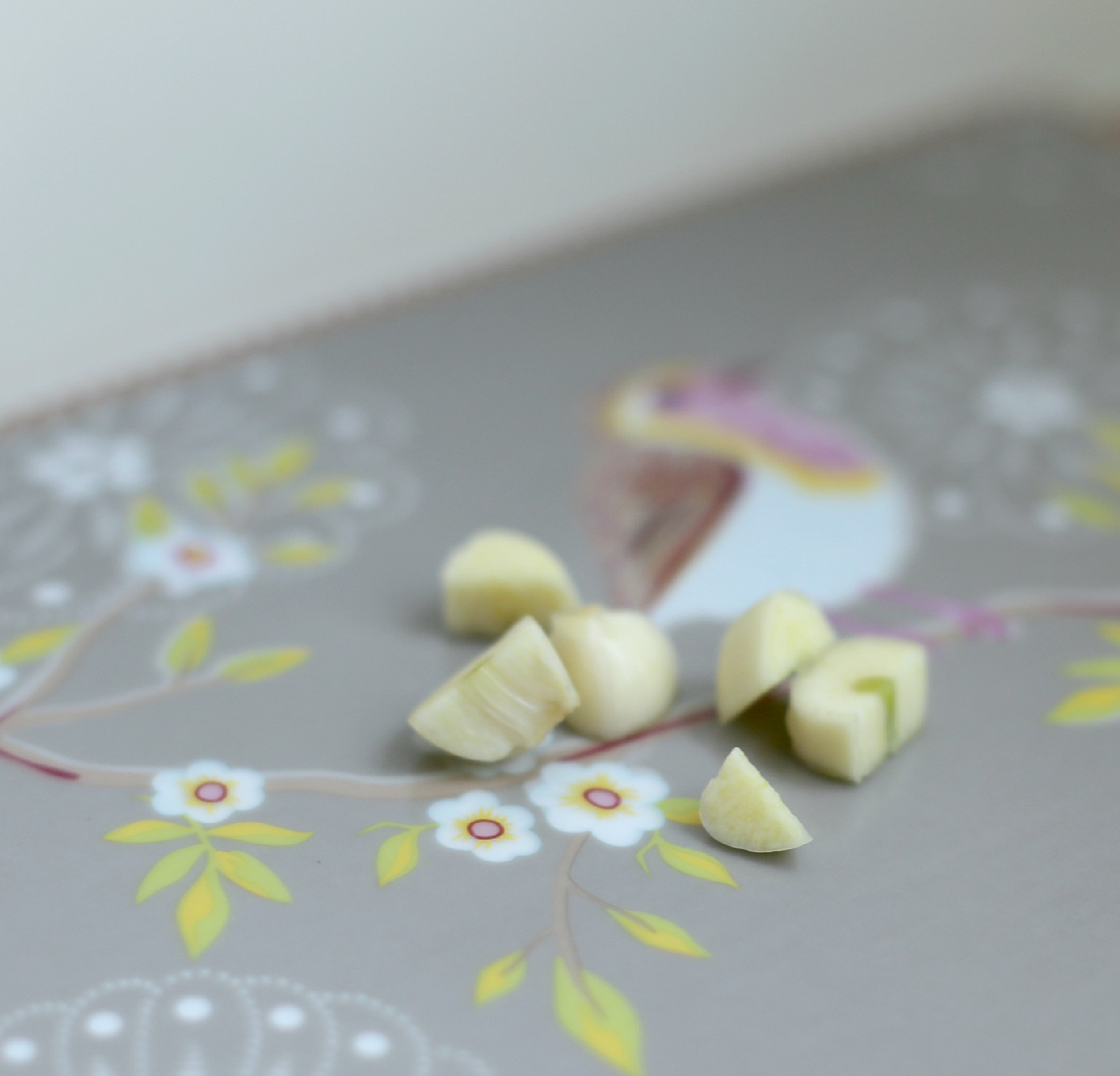 You can do this up to 4-5 times a day, but I kid you not that each of the two times I took it, I could feel a difference in my symptoms within an hour.

A few people on our Facebook page suggested dousing the pieces of garlic in honey or maple syrup, which would be great if you just couldn’t stand the idea of raw garlic straight up. 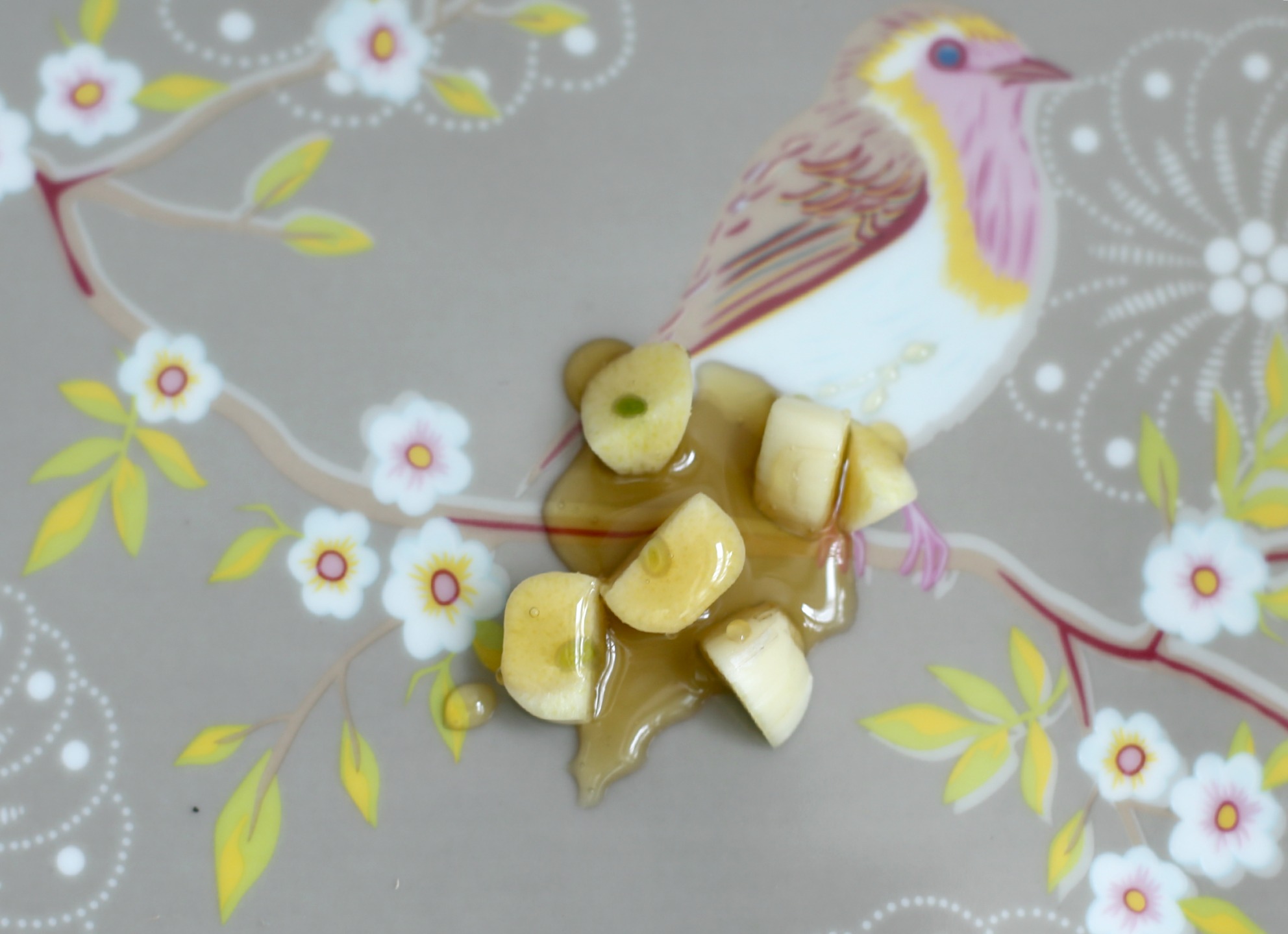 There are even more ways to get your dose of healing garlic (I’m especially interested to try my friend Gwen’s much more kid-friendly garlic press technique for sore throats, earaches, colds, etc.)

But for now, I’m submitting swallowing raw garlic as a super-cheap, effective, don’t-have-to-leave-the-house-or-get-a-prescription way of fighting off your next infection.

Oh, and in case you’re wondering, I kept breastfeeding Theo as usual, and he didn’t seem to mind his garlic milkshakes a bit.

So…here’s where YOU come in!

I searched Instagram and discovered that–miraculously–I am the only person who has ever used the hashtag #mamalifehacks.

I’d love it if, any time you guys post about something simple you do as a mama that makes your life easier/better/fuller on social media, you’d use that hashtag.

And then, I can search that hashtag and discover all kinds of nifty tips from y’all and feature them here!

I’m excited to see what awesomeness y’all have to share!

Speaking of which, do you have a Mama Life Hack to brag about today? Do tell!

Have you ever used garlic to cure an ailment? Did you smell like an Italian restaurant for two straight days? My husband assured me that I was, um, fragrant from several feet away. At-trac-tive.