I’ve been trying to get this post done since last week…last Thursday when the twins     actually turned three…to be exact. 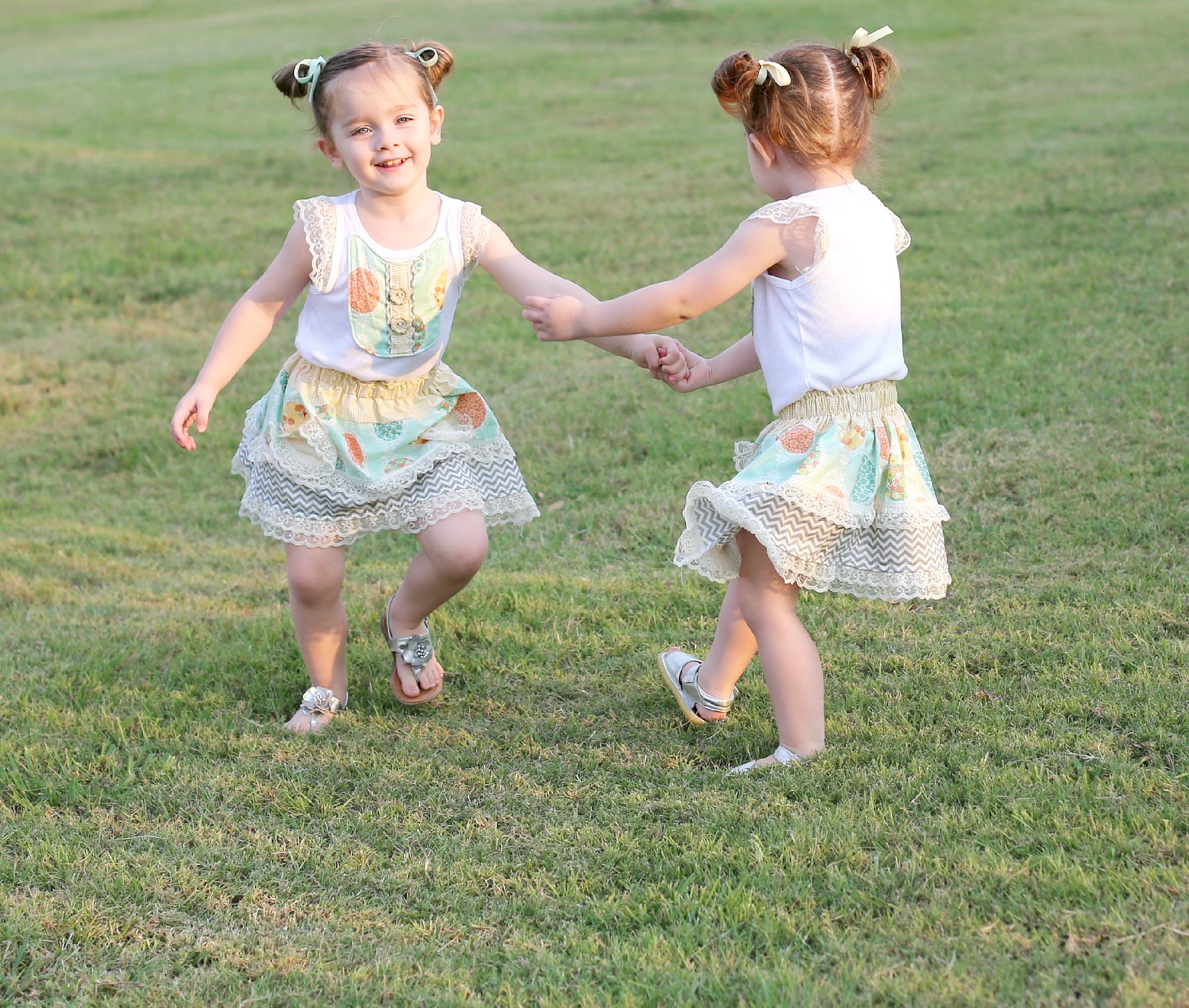 But, well, you see, there are these twins (plus four other small humans) always hanging around that seem to prefer that I feed them and read stories to them and wipe their bottoms over editing pictures and writing about them.

Anyhoo, as I’ve thought about what I wanted to actually say about the twins’ newly minted status as threenagers, the entire mental dialogue has felt a bit surreal. Like: What? I have 3-year-old twins? I have 3. year. old…TWINS??!

I always wondered what life with twins was like whenever I observed mamas pushing their multiples through the grocery store, and, even now, if I spot twins out and about, I think, “WOW. That’s a special challenge. Wonder how she does it?” And then, I’m all: “Oh. Yeah. Duh.”

Mostly, it’s just my new(ish) normal. But then it strikes me again that I have twins, and I just shake my head in wonder.

So, what is having 3-year-old identical twin girls like?

Well, it’s fun. And I mean that with zero sarcasm. 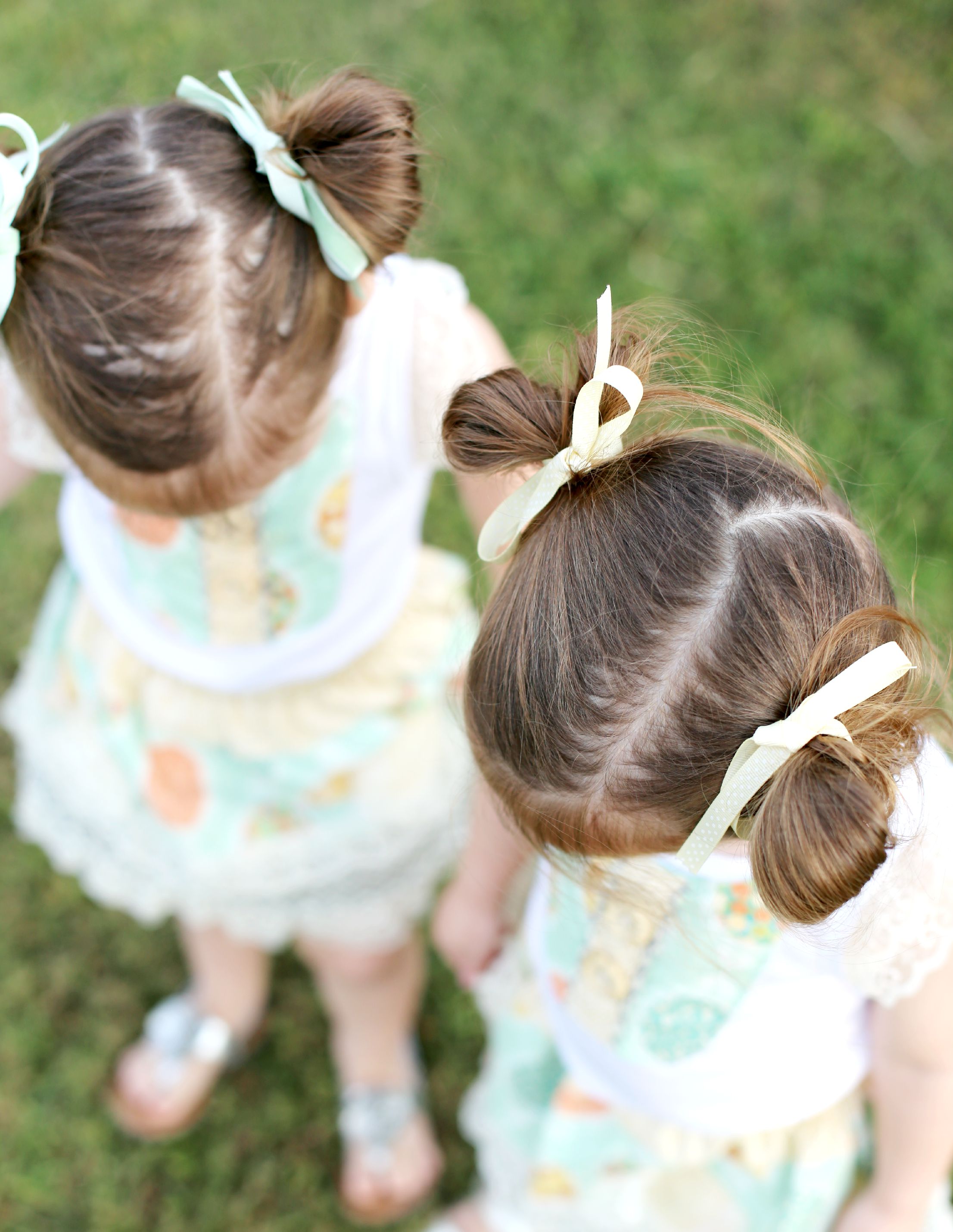 And it’s hard. And I REALLY mean that with zero sarcasm.

Up until the past 8 months or so, twins didn’t really feel that “bad.” In fact, if you read last year’s “The Twins are TWO” post, I made it sound pretty darn rosy. And it was/is. I mean, sure, when they were babies, the sheer constantness of the feedings and changings and burpings and shushings on repeat was…a lot. It just wasn’t as overwhelming for me as I always assumed it would be.

Only recently do I feel like my twins have fully lived up to their (in my mind) “twin cred.” 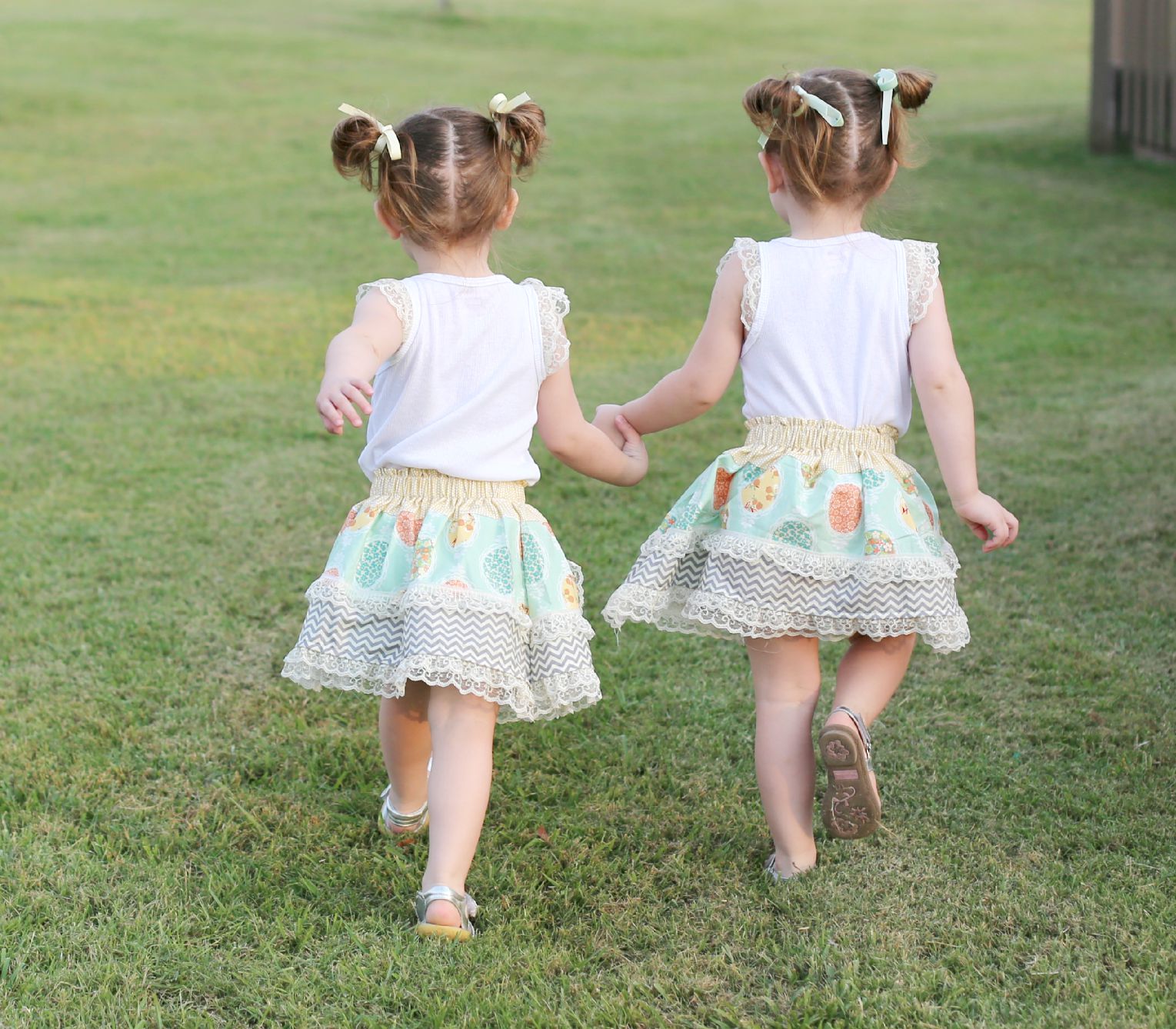 Well, imagine, for a moment, one three-year-old–with all of the usual WANT it!!!/DON’T want it!!! meltdowns and picky food preferences and kamikaze attempts at independence followed instantly by death-grip clinginess…

And you’ve got the idea.

Don’t get me wrong: I love my girls to distraction (ha!), and there are entire days that having twins feels like a super-fun privilege. But those days are sometimes a precursor to 3 full weeks of arched back screaming fits every. single. time we get in the car to go anywhere. Fits that often take place in stereo.

And then, there are the occasional cat fights. HO.LY cow. I think some of their death matches could draw a hefty audience on Pay Per View. The screeching and the hair pulling and even the rare biting episode.

I realize that I’m making them sound downright feral, and believe-you-me, these displays of, um, spirit do not go undisciplined. But the honest-to-goodness truth is that they both have sweet natures. They’re not what I would call “wild” (although the potential is there, I think). And that’s not just a partial mama talking. They’re cheerful little girls. Ask anyone who’s met them. 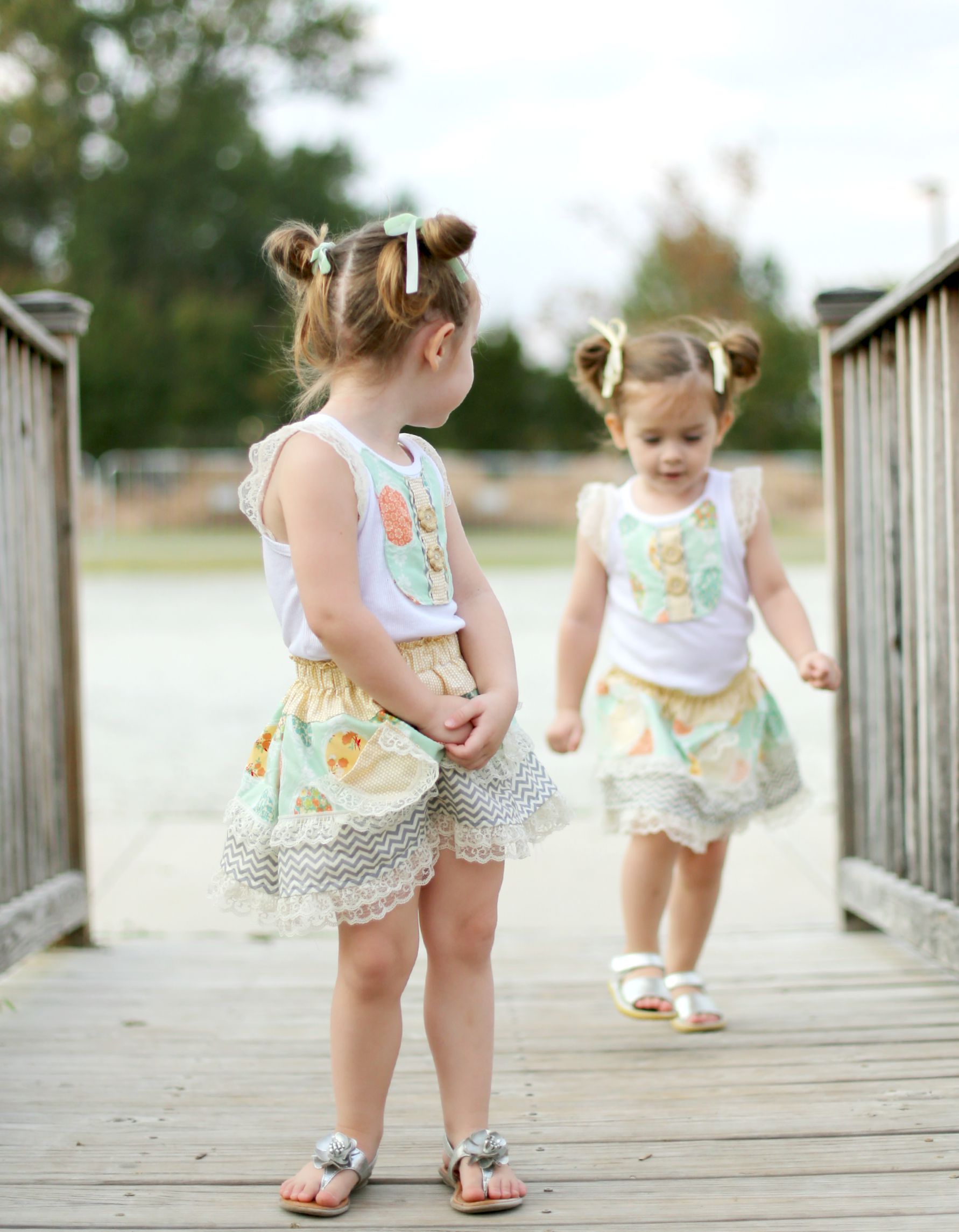 But they are typical little 3-year-old sinners (lots of ME! MINE! NO!), and the mere fact that there are two of them the exact same age, constantly jockeying for the same territory, the same lap, the same toys (never mind that there’s probably an identical toy at hand), the same CUP (for the love…while 20 others mope in dejection in the drawer) creates an environment ripe for conflict.

Case in point: at the grocery store last night, while the boys were at soccer, I had all three girls stuffed in the bottom of the basket, with Theo’s car seat clicked into the top portion. And all of them were getting along beautifully…until suddenly they weren’t–complete with hair-raising banshee shrieks and writhing and flying elbows. At just that moment, a man walked by, and, without missing a beat, offered me the case of beer he’d just bought.

Now, I’m a teetotaler, but I wouldn’t be terribly surprised if the phrase: “driven to drink,” was invented by a mother of 3-year-old twinados.

Of course, I think if I only had Nola, I might be feeling a bit at my limit for 3-year-old hormonal issues. Girlfriend is the sweetest thing you ever did see until she gets a bee in her bonnet, in which case, clear the room! Her capacity for tantrums is impressive, to say the least. 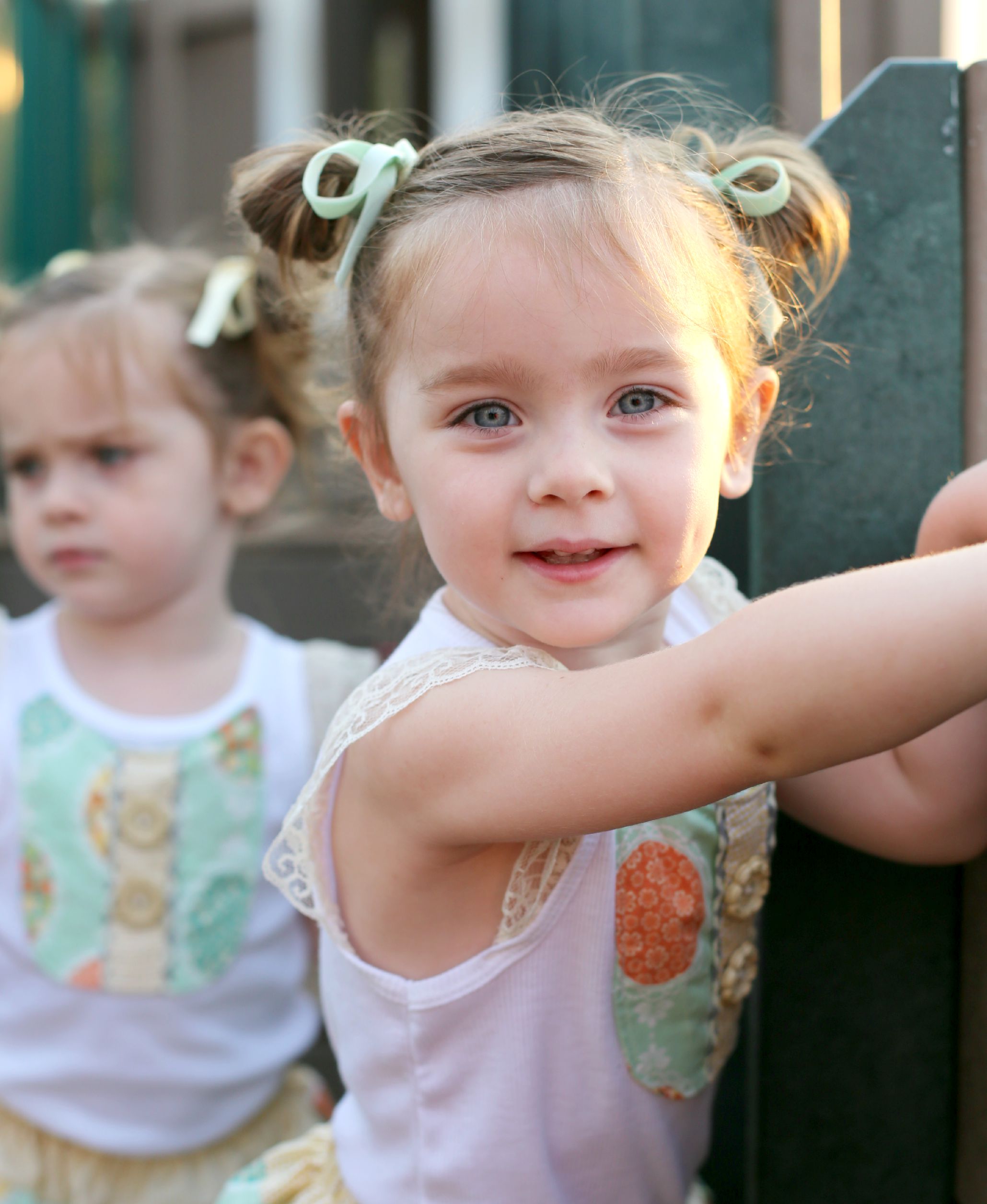 Evy is a bit of a different story. She’s capable of a good ol’ throw-down herself, but her rebellions are a tad more subtle, usually. 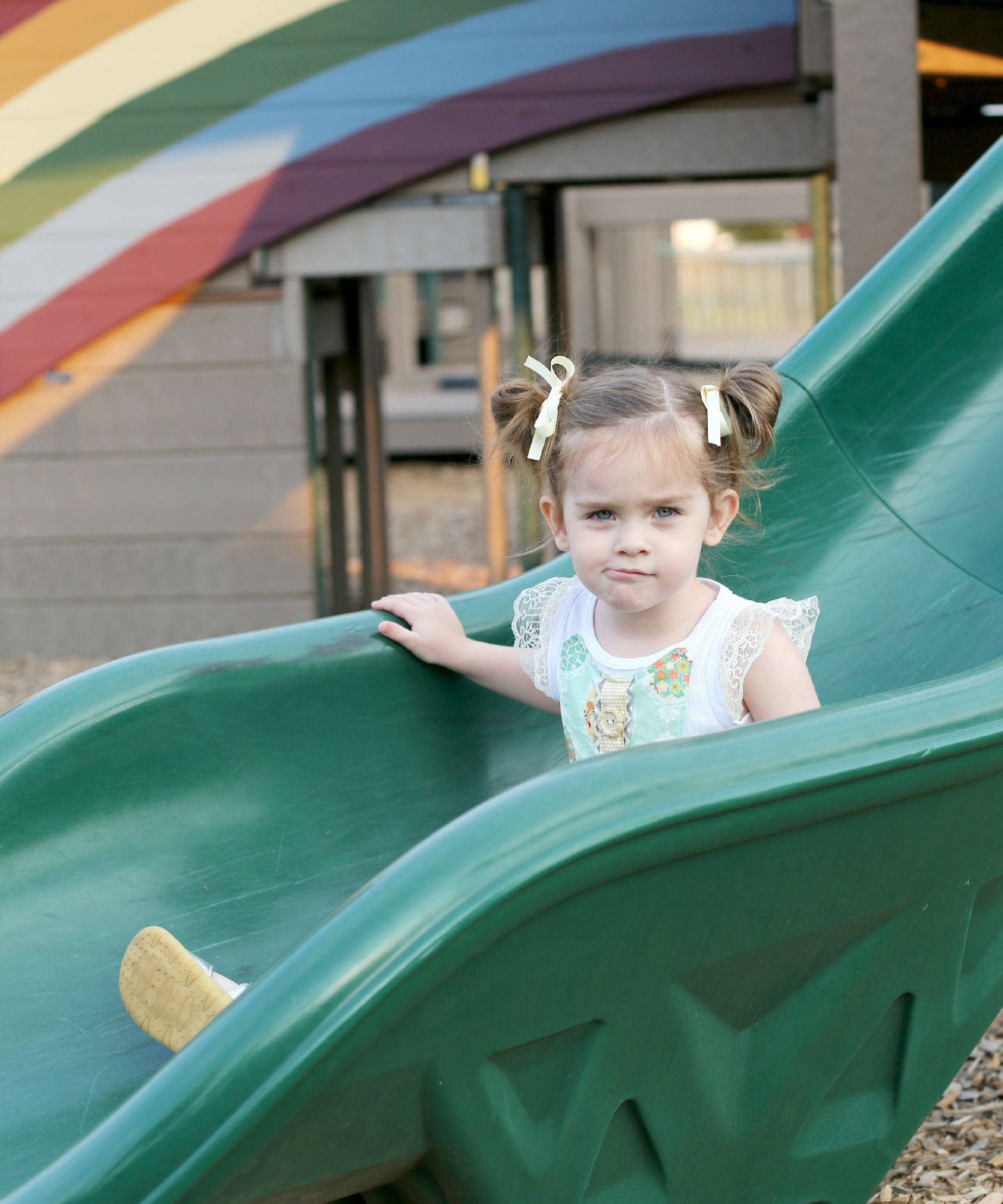 I feel like this is a quintessentially Evy expression. Slightly mischievous. A little bit thoughtful. And a wee bit ornery. 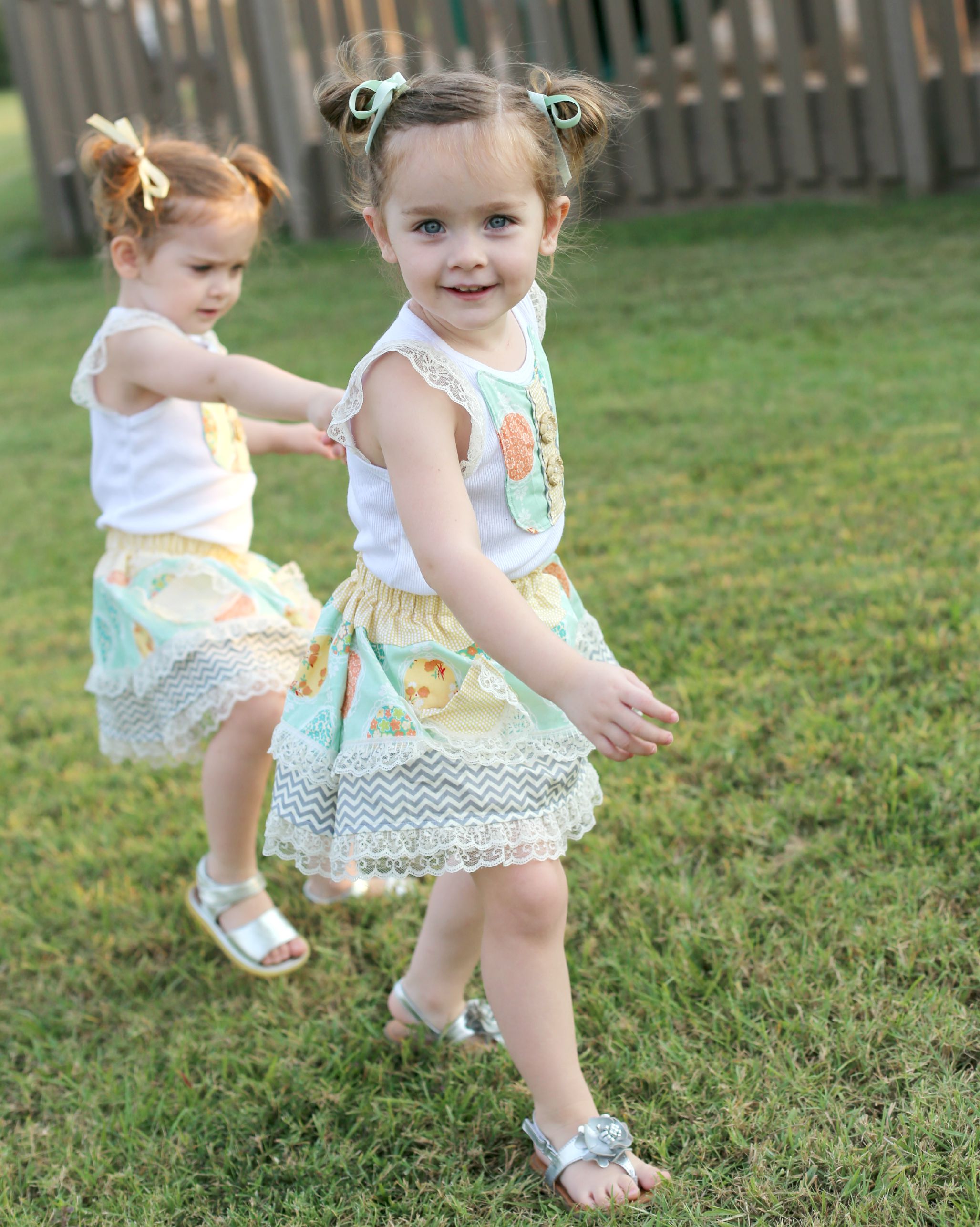 Evy is quite happy to go along with Nola’s bossy britches ways, until she’s not.

Of course, I feel compelled to balance all of this threenager talk out with the fact that, no sooner have the twins finished rolling around in a snarling ball of fury than they are playing primly side-by-side, chirping: “Here you doll, No-wah.” “Dank you, Eh-vy!” 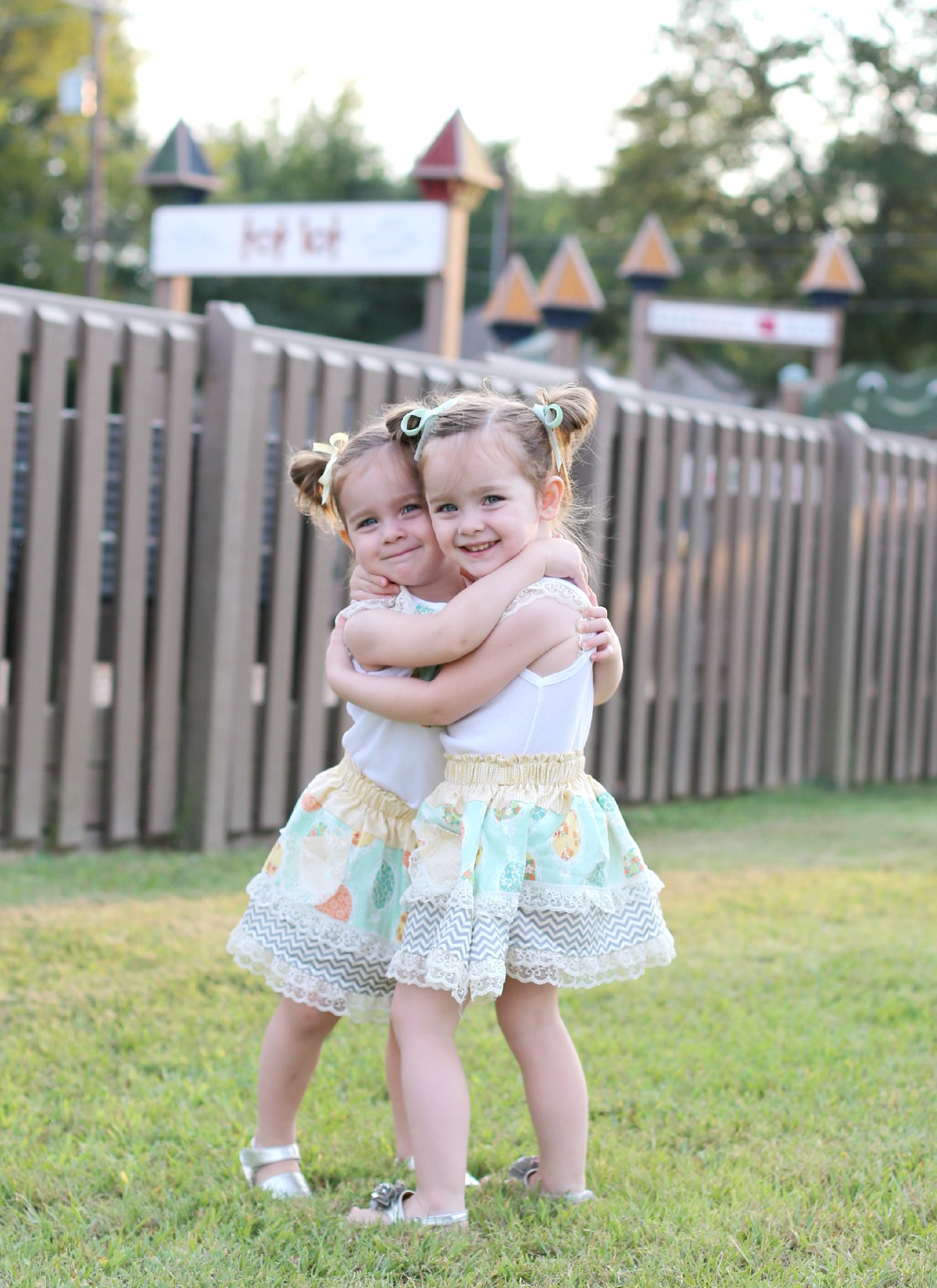 They just love each other to death. Almost literally sometimes.

And you’d better be ready with a another one for her twin if you ever hand out a treat because, inevitably, a little hand will shoot out for round two with an expectant, “And Eh-vy’s?” And off she’ll trot to deliver her sister’s loot.

And heaven help anyone who tries to separate them for long. 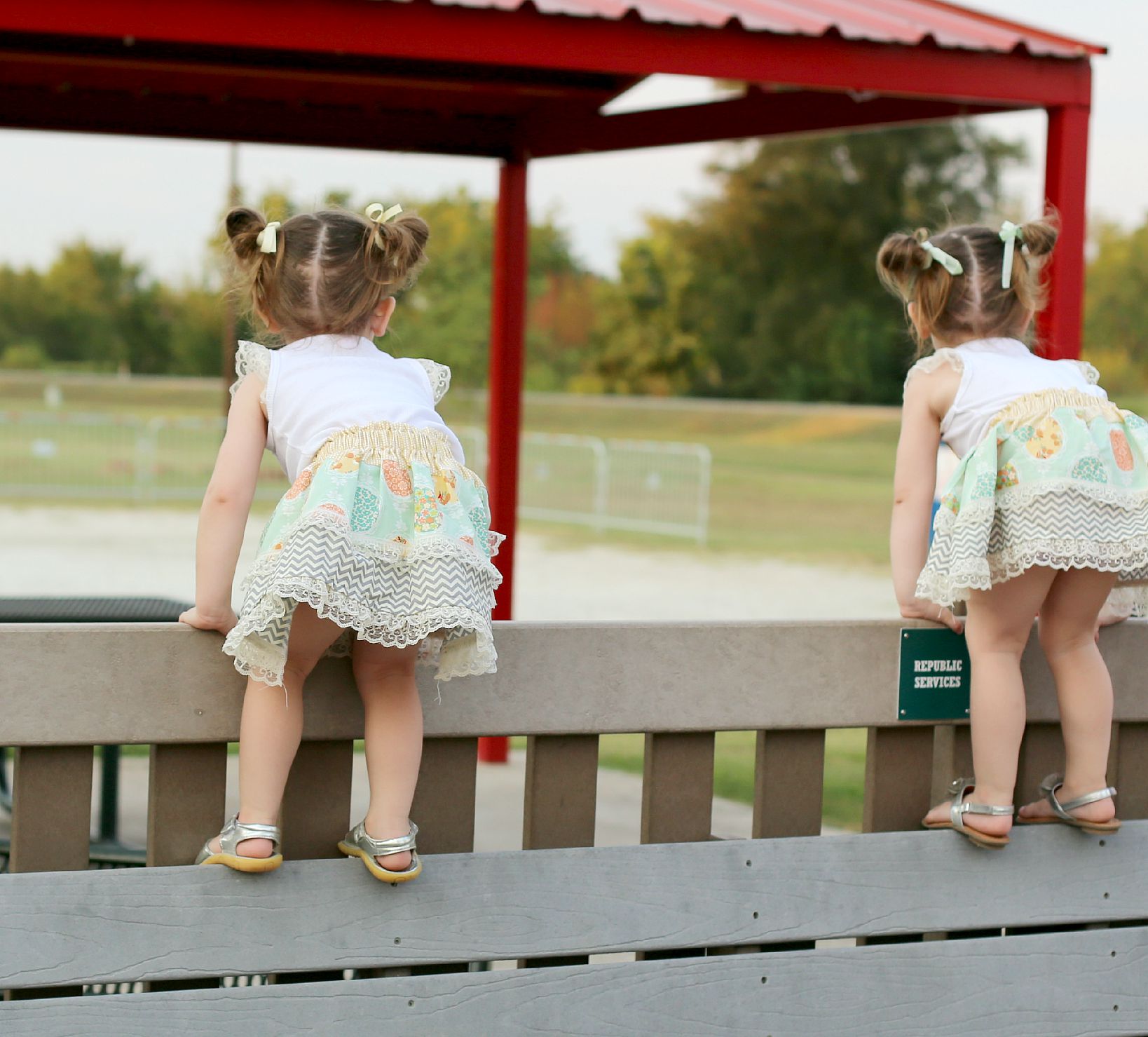 So, basically 3-year-old twins are delightful.

But more than anything, 3-year-old twins are sanctifying.

(But that’s pretty much true of every kid, now isn’t it?)

More than anything, I’m just praying for the grace not to wish this stage of twindom away. I have to actively remind myself that this very well may be my only shot at mothering 3-year-old twins. And as much as a part of me goes: “YIP-EE!”…another part already feels nostalgic for four identical, chubby little hands, the way they both pad into our room (lately, at approximately 5:30 every morning…zzzzzz) with soft little voices chorusing: “I hongrey,” the way both of their solid little bodies feel wedged up against mine when we read on the couch in the mornings, and the way I can never, EVER kiss one without her sister demanding her fair share as well.