Okay, I feel a little sheepish about this post because I feel like, after reading the title of it, you’re probably expecting a litany of clever ways to repurpose glass baby food jars.

Like for craft supplies or planters or organizational doo-dads.

And yes, all of those would be fabulous ways to stretch your baby jar use from one to many.

But the #mamalifehacks tip that I have for you is soooooooo much simpler–so much more DUH!–than that.

Here’s the thing: I like to make my own baby food as much as possible. It’s healthier. It’s cheaper. It’s convenient, since if I run out, I don’t have to hightail it to the store for more (assuming that I have the makings of baby food on hand).

It’s just so stinking easy to throw some sweet potatoes in the oven, then whip them with a bit of water in my Ninja into yumminess for Theo.

Still, I keep a small supply of store-bought baby food in the pantry for when we’re out and about or when I’m making dinner and need the boys to feed him without the hassle of retrieving, portioning out, and heating up homemade food from the fridge.

Because the only thing I don’t love about the homemade baby food is the mess and then the storage. When I make it in my Ninja, I typically either a) pull out the blades and then shove the whole container in the fridge, pulling it out and glopping some in a bowl as needed or b) scrape it out of the Ninja into a Tupperware container and then store that in the fridge.

Either works, but it’s not my favorite thing to locate a bowl and then fill it with food. Not saying it’s a big deal. Because it’s not. In fact, on the hardship scale–with 1 being: I stubbed my toe and 10 being: I live in a 3rd World country and don’t know where my next meal is coming from–it doesn’t even register.

If I can find a way around it, I will.

Now, I know there are fancy blender attachments and Baby Bullets and whatnot, which allow you to store the food in small quantities, individually, but I don’t have any of those. And neither do I have any desire to buy one.

So, the other day, when the boys (aka: little hoarders) asked me if they could spirit two used baby food jars away for “projects” (I think we all know this is code for: something else to grow mold on), I happened to be standing in front of a freshly mixed batch of homemade baby food.

And as I held up the used (but washed) baby food jar, trying to think of an excuse for why Simon couldn’t take it to his room and then lose it under his bed for all eternity, it’s like Theo’s sweet potatoes spoke to me, and said: “NO! Take me instead!” #namethatmovie (this one’s harder than the Princess Bride reference from last week). 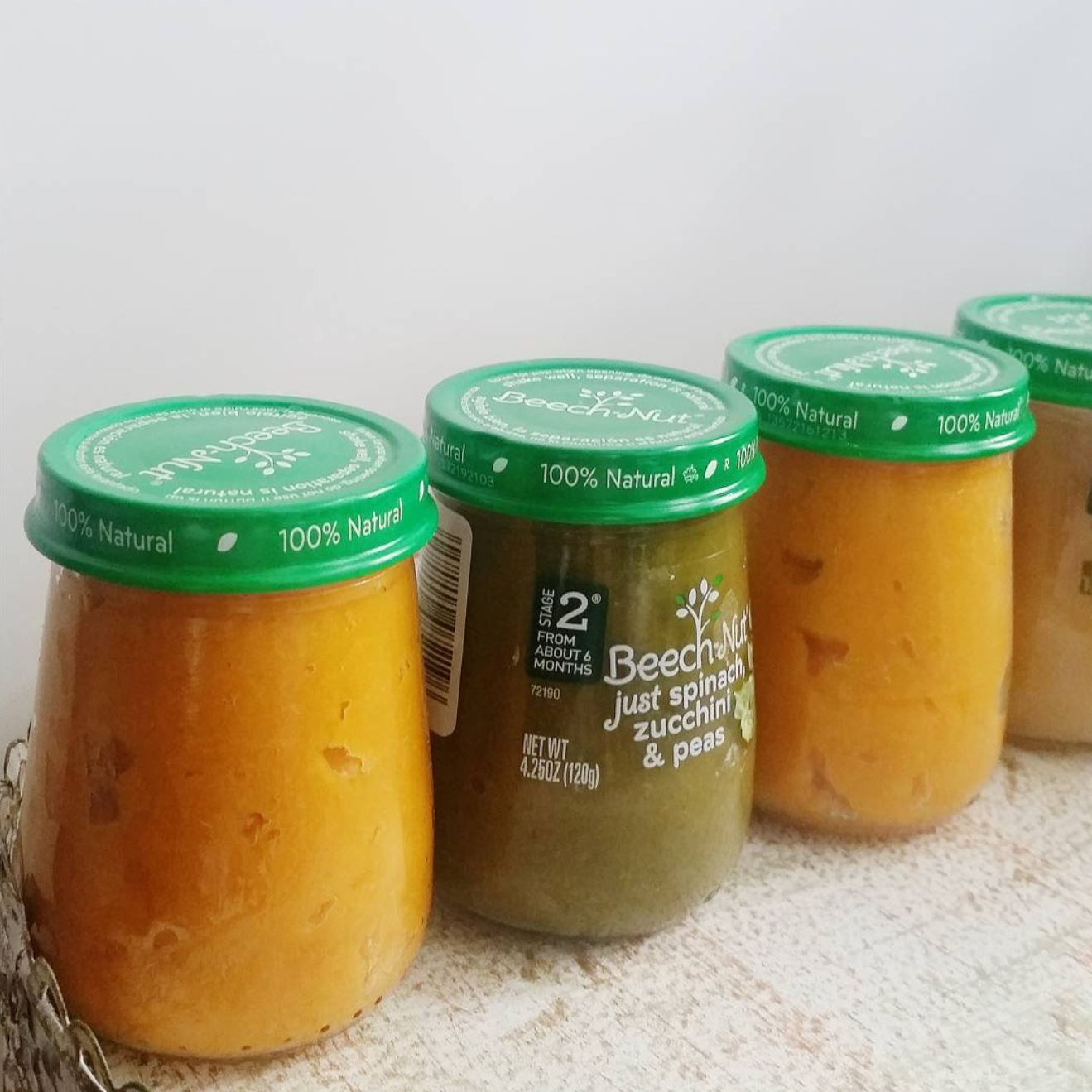 And so, the idea of reusing baby food bottles for the purpose of–hold on tight now–storing baby food was born.

I know, right? So brilliantly simple and obvious that I’m sure EVERYONE in the entire world has thought of this besides me. 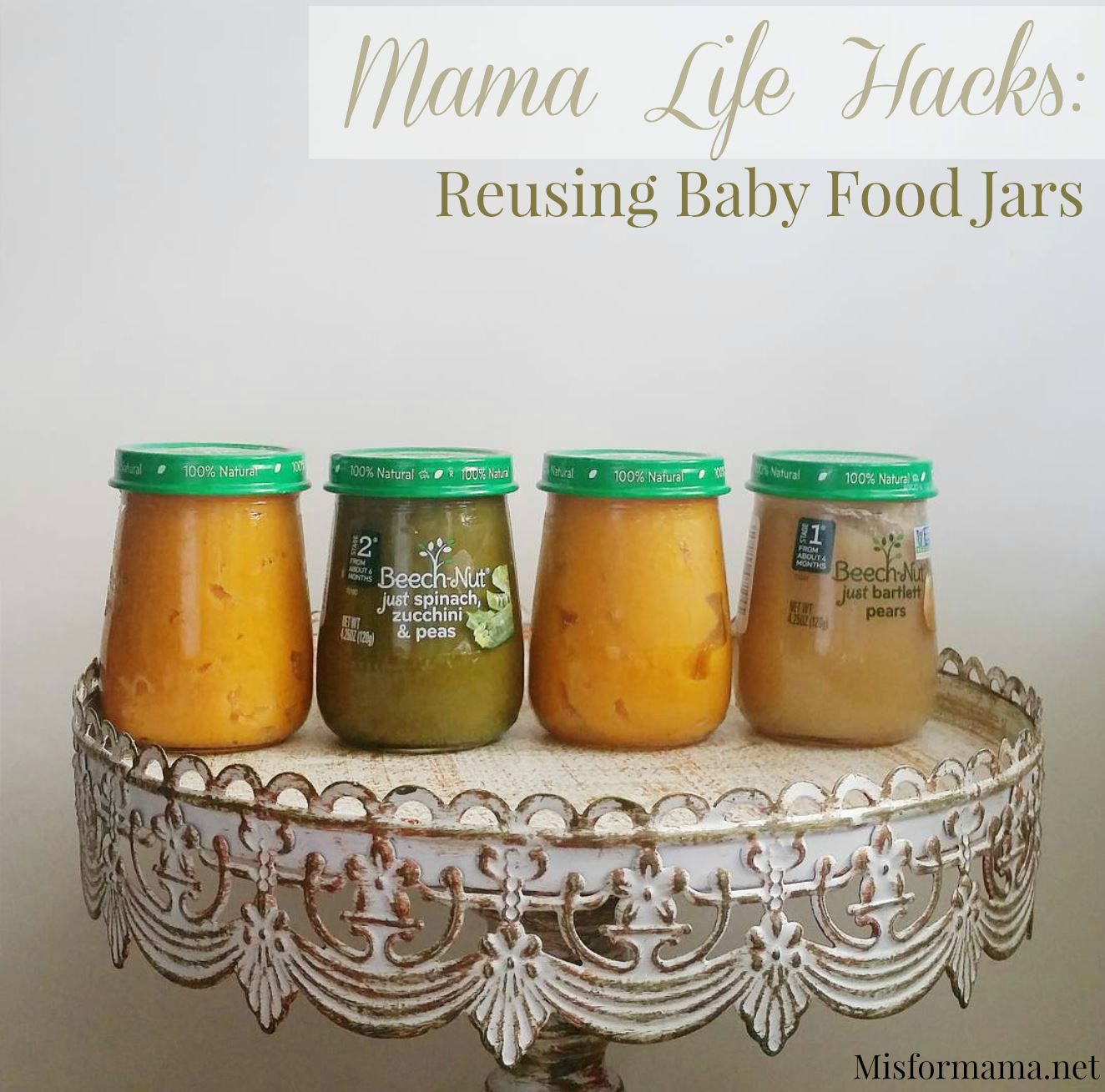 Which means that I’m typing to myself.

Which is kind of a waste of time, since I was there when I had the original (tiny) epiphany and all.

As DUH (see? I told you) as it may seem, I am loving having tidy little bottles of pre-portioned homemade baby food in my fridge. No more Tupperware. No more big Ninja karafes taking up space. And NO MORE fishing food out of one container to transfer it to another container every time I need to feed Theo.

Oh! And I can now easily take homemade food with me (as long as it’s not going to sit in my bag for any significant period of time, of course). And then? I can toss the container! (Because who wants to accidentally forget about a baby food Tupperware container in your purse only to find a lovely fuzz colony in there a week later?)

I won’t blame you if you think I’m slow for only now figuring this out.

But I also won’t mock you if the light of revelation is just now dawning in your eyes as well. 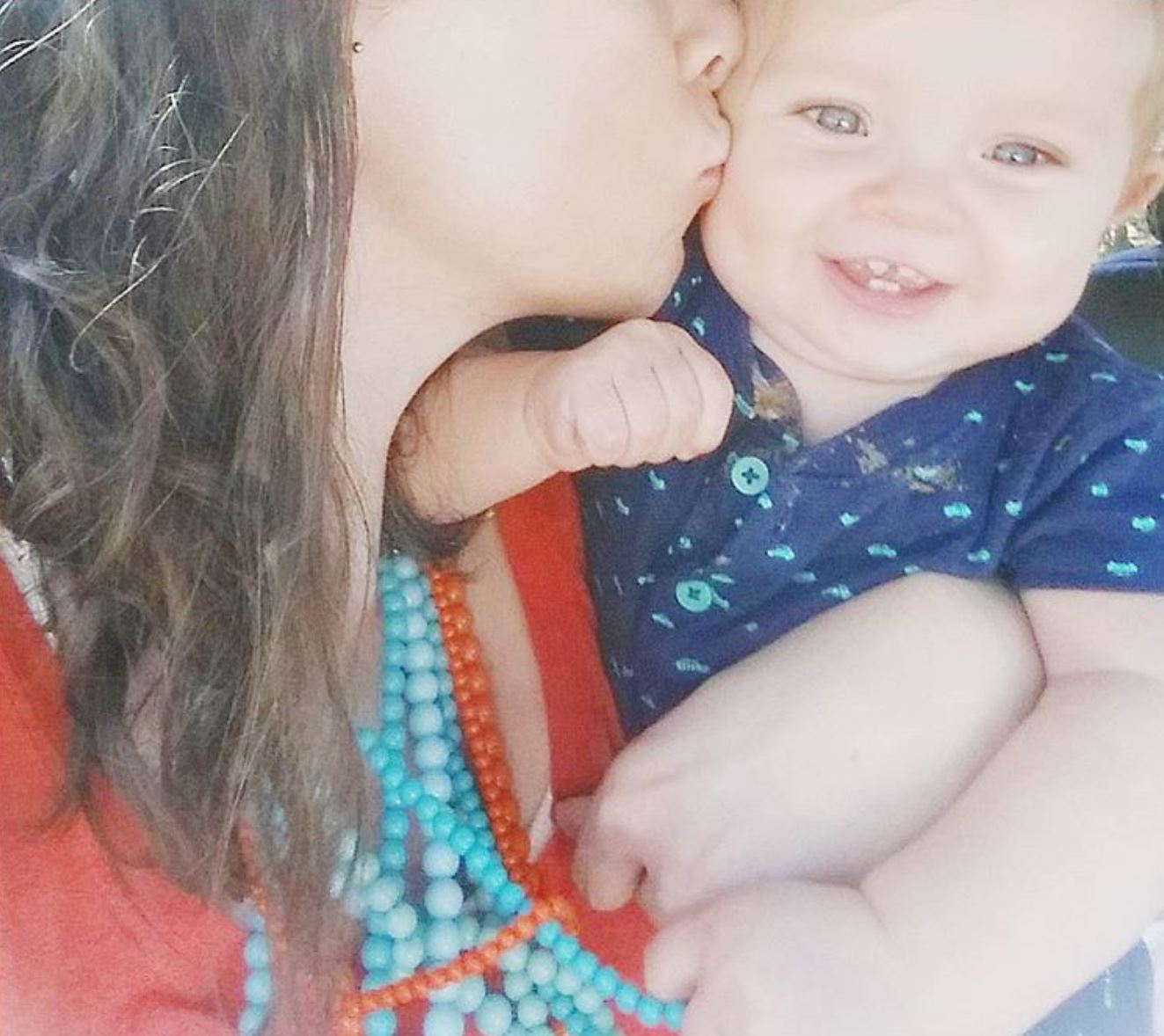 Theo’s clearly a fan of my newest duh moment. Now, if only somebody would invent something to put around his neck to keep food from getting all over his clothes.

Are you guys homemade baby food makers too? What do you store yours in? Maybe I’ve been missing out on something (else) obvious and simple all these years?

Don’t forget to share your #mamalifehacks so I can feature you!