Did you think I’d given up this blogging gig for good?

But! I did enjoy the tar out of my break. I’m not going to say there was a lot of sleeping in or anything luxurious like that (although, I think I saw the latter end of the 7 o’ clock hour at least 4 times…which is kind of miraculous), but we did a whole bunch of cookie baking (too much), movie watching (there was one day we had a triple feature marathon), and doll-making. Huh? Yup. Doll-making. But that’s another post for another day.

All in all, it was just what this tired mama needed. No school. No set schedule. I even gave myself pretty much a complete pass on doing anything for Paint and Prose.

But it’s a new year, and Lindsay and I are excited to introduce new prints and products to you.

Starting with this one: 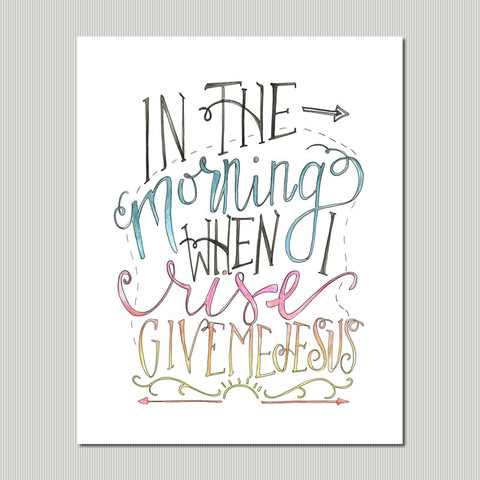 You may actually recognize it, since we already had a black and white “Give Me Jesus” print, but we had so many requests for a colorful version of it that we decided to whip up a fun ombre sunrise version.

So much that the second my Christmas decorations came down, I replaced my, “Joy to the World,” canvas with this print. 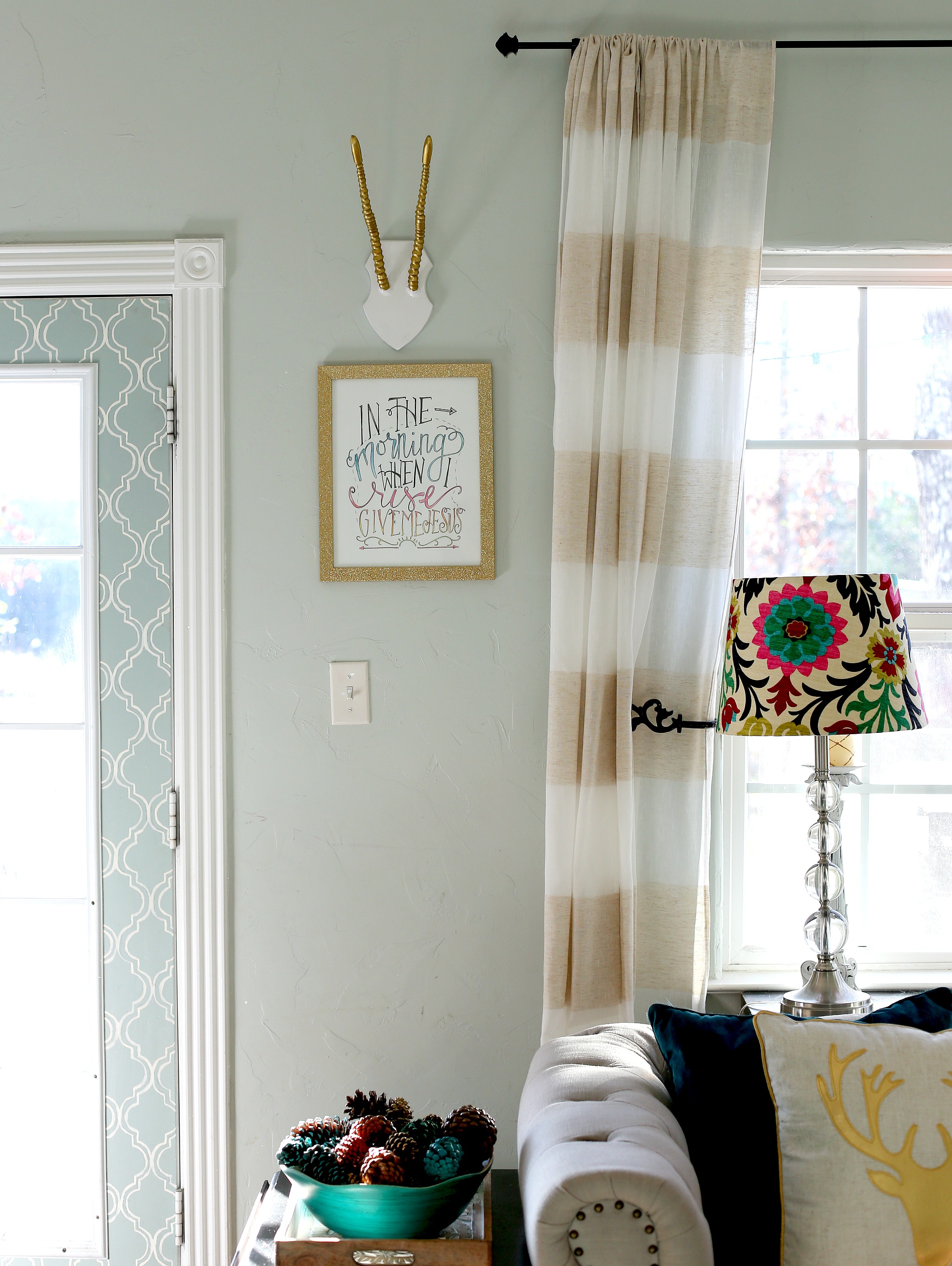 I think it turned out so pretty, but that’s not the only reason I love it. 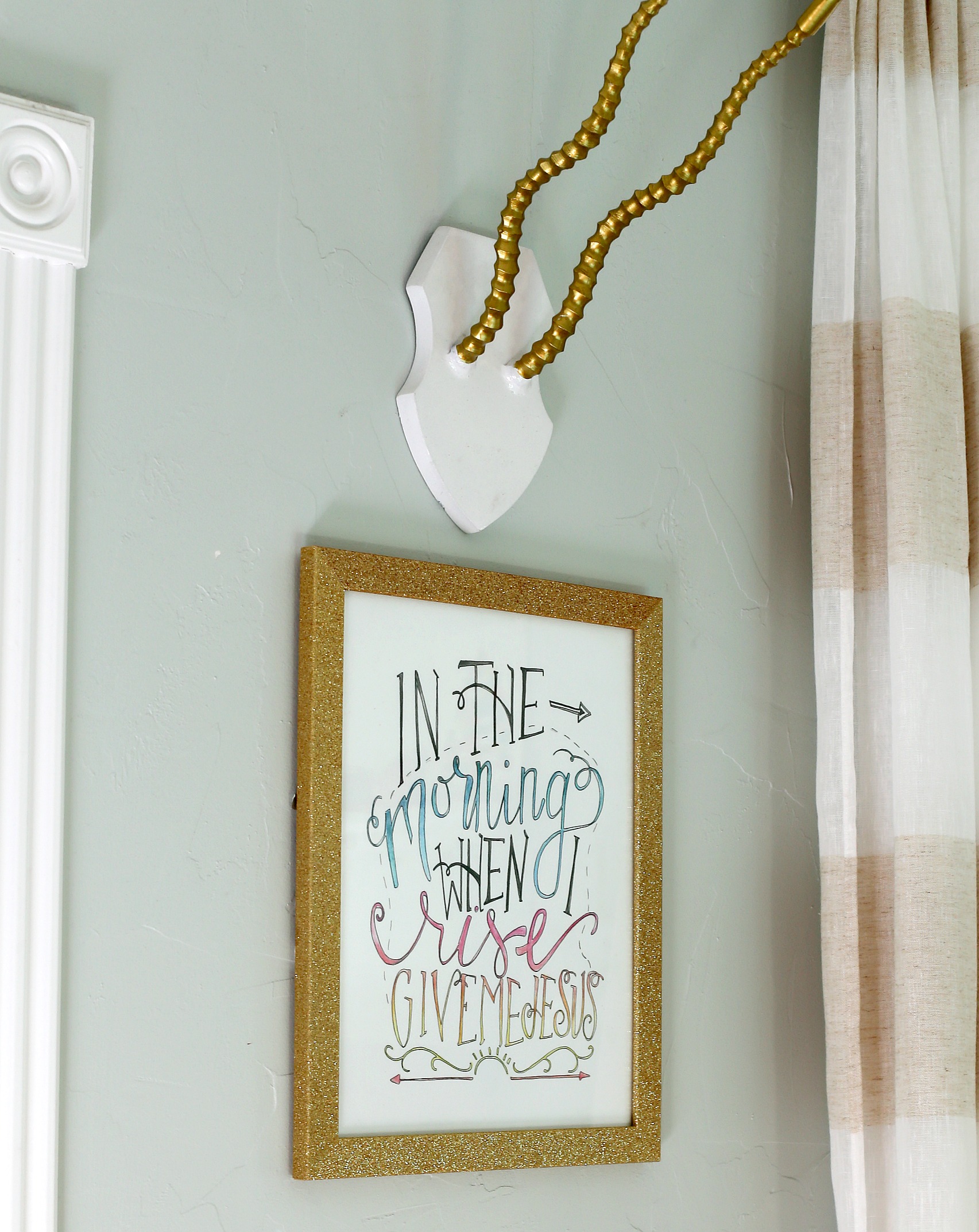 In 2016, it is my heart’s desire to be more like Jesus every day. That may only look like tiny, almost imperceptible changes like not snapping at my toddler when she melts down (again) or suppressing a sigh when my 8-year-old asks me what eight times seven is for the 40th time, but I’m convinced that these little increases in: patience, perseverance, kindness, self-control, love will produce genuine and (eventually) noticeable fruit in my life.

To that end, I am making an even greater effort to consistently get up earlier than my kids so I can get at least a little bit of time alone to sit a the feet of Jesus.

So, how have I done? Well, today is January 6th, and…so far so…decent.

The twins get up between 6 and 6:30 usually, and I’ve been staying up until midnight or later sending/answering emails or doing other tasks (I need to figure out how to shift this, yes?), so I’ve only managed to beat them up one morning so far (ha! That wording is so unfortunate that I’m just going to leave it and let somebody get all ticked off at me until they figure out what it really says). 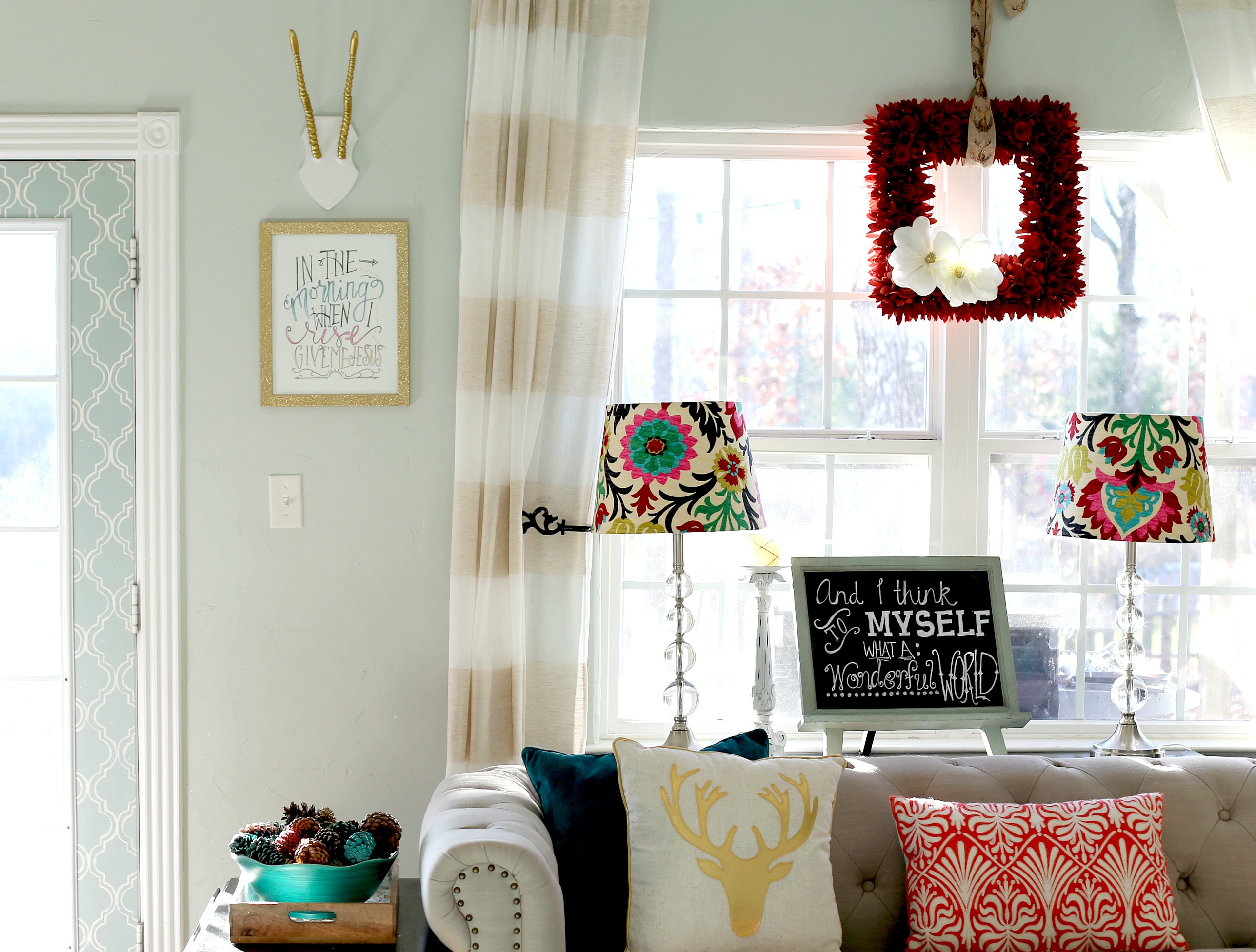 Even so, each morning, I’ve squeezed in some semi-quiet time while they play in the guest room. We also do family Bible reading each morning, so that’s kind of my fail-safe at the moment, but I am determined to make this a priority more than ever before.

And guess what I can see now each morning from my perch on the couch with my fluffy blanket, Bible, and prayer journal? 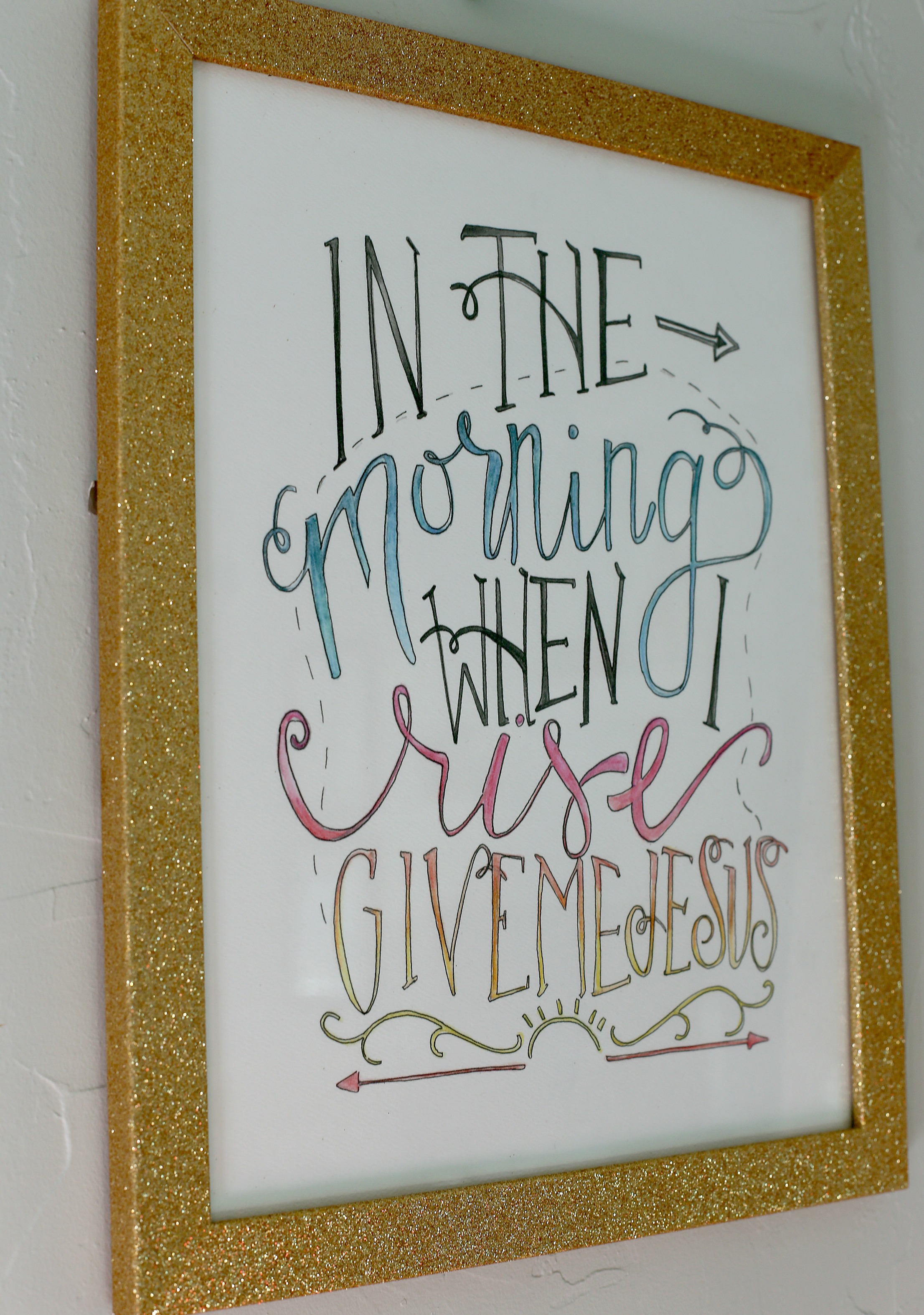 If you need this reminder for your new year too, it’s available in the shop now.

And! If you order an 8X10 or larger of the colorful “Give Me Jesus” print, you’ll receive a 5X7 of your choice for FREE! (Just be sure to specify which one you want in the notes). Offer ends at 11:59, Thursday, January 7th.

Also, if you’re an email subscriber, you get a never-expiring code for 10% off the top of any order. As always, standard first class shipping is included in the price.

Happy 2016, friends! Here’s to a year of growth, change, and renewal! God is good, and hard is not the same thing as bad (I think this might be my personal motto for the year).