This year has taken that whole–fastest ever/WOW does that seem like ages ago–trick that time seems to play on us to the extreme.

It’s all a bit of a blur, and there are things that I’m convinced just happened, until I realize that–oh yeah–that was 6 months ago. Then again, Theo’s birth seems suddenly very far away. Like–there was a time when we didn’thave him?

It’s hard to imagine because his happy, cheerful, babbly self has become such an integral part of all of our everyday routines that it’s almost impossible to imagine what we did before we had his sweet baby chub to pinch.

We’re all kind of obsessed with him to be completely honest. Partly because the older kids all kind of “get” now how cool it is to have a little baby in the house. And partly because of this paragraph that I wrote on Instagram earlier this week:

The other day, I wondered aloud to my husband whether I had ever been as obsessed with any other of our babies as I am with Theo. It’s not that I play favorites but simply that, the older I get, the more the Lord softens my heart toward motherhood. I wasn’t the girl who dreamed of having lots of babies (although I knew I probably would have them since I always planned to leave the number up to God). But now, with half a dozen to call my own, I am so, so grateful for the way the Lord has expanded (and even amplified) my love for my children as the number grows. It’s not that I don’t still get frustrated or burnt out or react wrongly (I do, for sure), and it’s definitely not who I naturally am. But I can see a positive change, and for that, I can do nothing but give God the glory for great things He has done.

A bunch of fellow mamas chimed in with agreement, so obviously, this soft spot for the youngest child thing is for real. 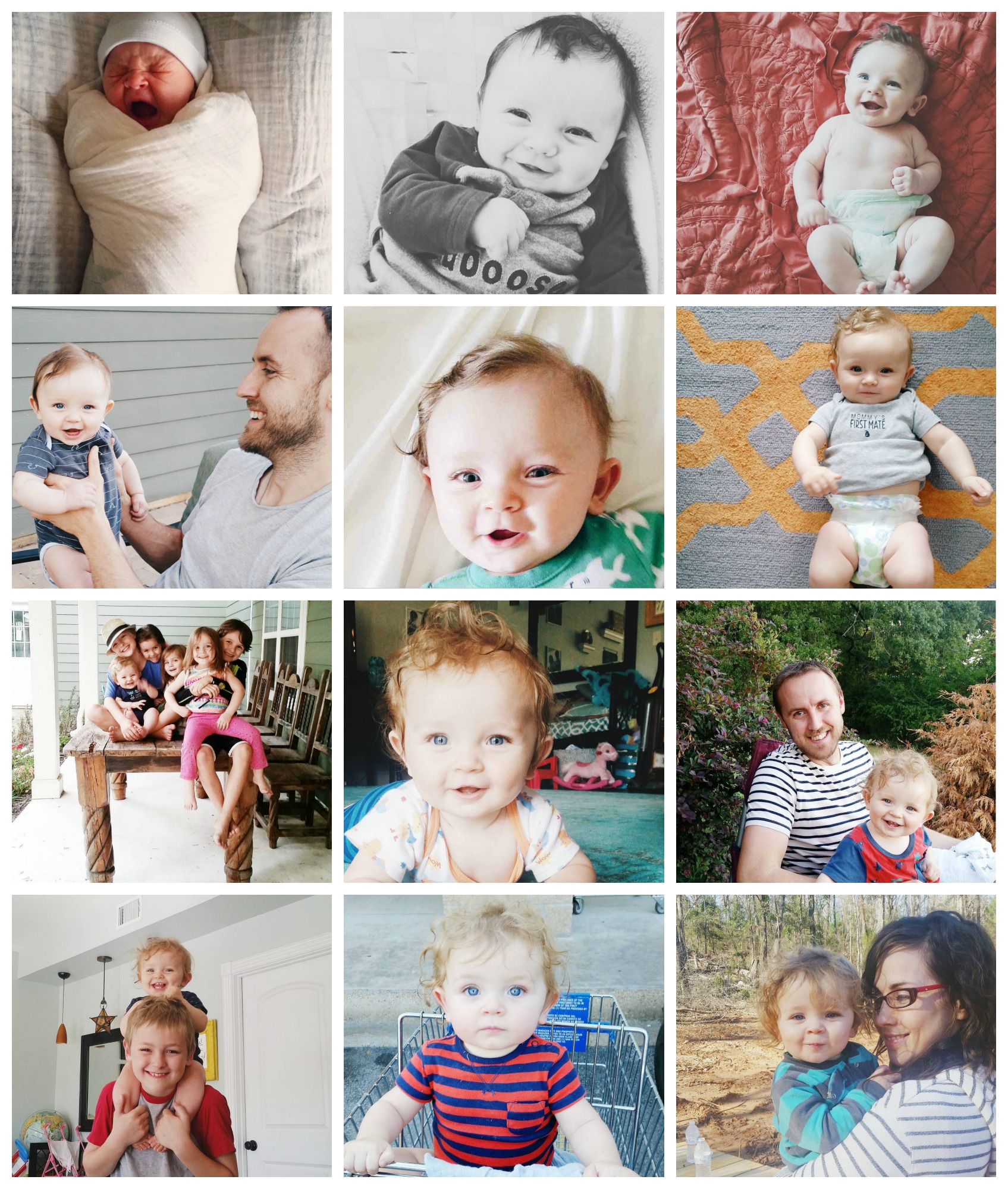 Of course, it doesn’t hurt that Theo is a chubby, squishy, giggly, bright-eyed, great-sleeping ball of joy and sunshine.

This baby, y’all. He is such a blessing. And although that would be just as true if he were cranky and colicky and dour, I’m not complaining one single bit that he’s not. 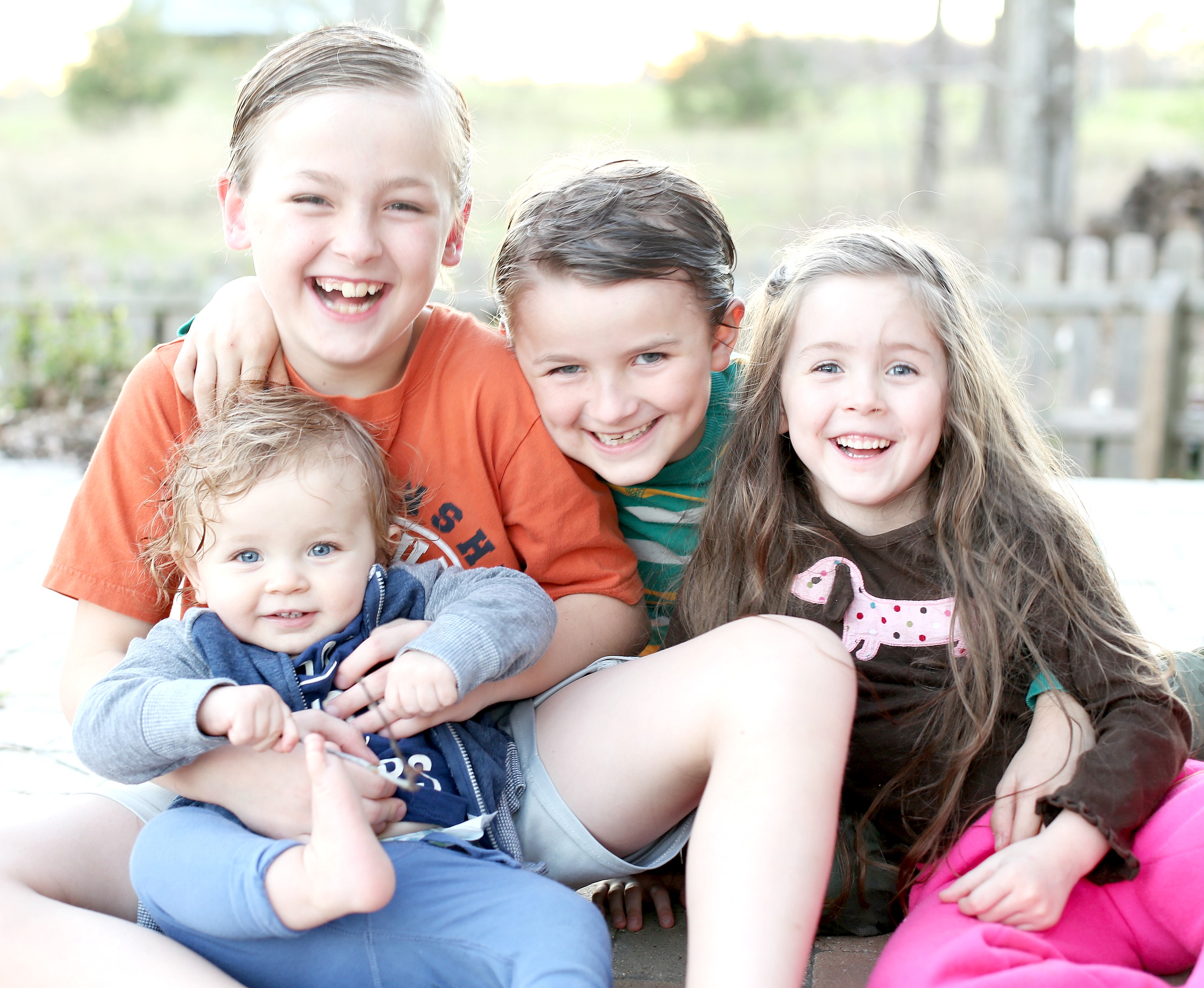 (The older three saw me taking pics of Theo after they got done with their baths and ran out to jump in on the fun; they kind of can’t stay away from him)

It’s like he knows he’s the 6th kid, or something. Or at least that’s what people like to say when he smiles and wiggles at every last stranger we pass in Target. (I like to think it’s more like God was very, very kind and gracious to me in this busy season). Thankfully, he reserves his best smiles for me and had the good sense to choose: “Mama,” as his first official word.

He has 9 teeth, toddles around in the cutest little stiff-legged drunken sailor gait, and loves power-climbing the stairs and dipping entire rolls of toilet paper in the potty the second Mama’s not looking. 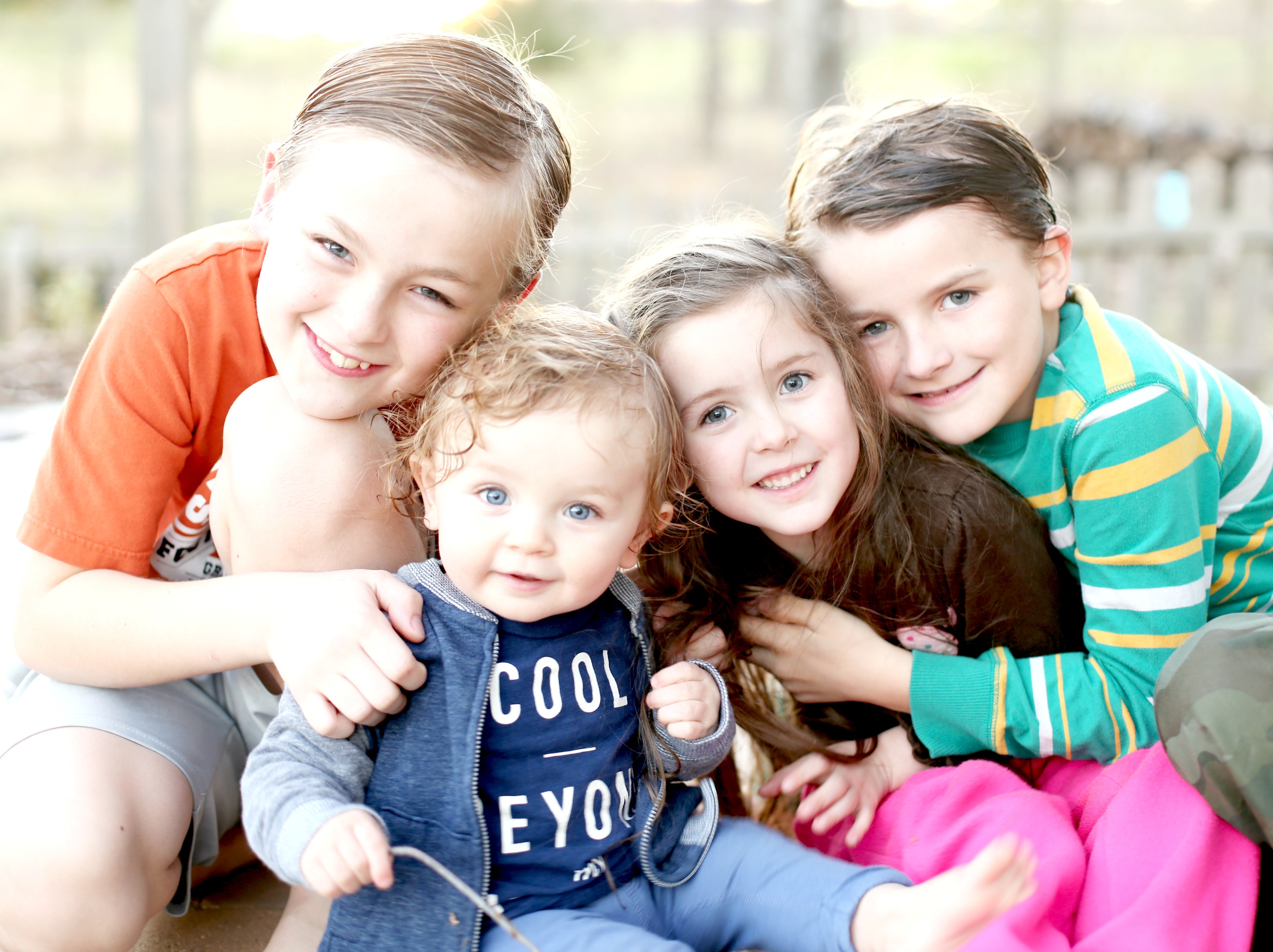 (And, yes, I’m aware that I have 6, not 4, children, but the twins were napping, and you do not wake two sleeping 3-year-olds before their naps are up unless there’s a gun to your head. Thankfully {for several reason} there wasn’t).

He eats just about everything under the sun (how could he not with all of those chompers?) and has the most infectious belly laugh that you ever did hear.

Also, He’s a “patter.” When I get him up each morning, he babbles and grins and gives me a vigorously arm/back pounding with the flat of his chubby little hand before laying his head down on my shoulder for a snuggle. Be still, my beating mama heart.

He adores his siblings. He’s got a pretty decent case of mama fixation (the feeling is mutual), but he will happily go to Ezra or Simon, even when he’s fussy or tired (within reason), and they will happily cart him all over the house. Ezra will even come to me and ask if he can, “bathe and change Theo and then watch him for you.” Gee, kid. Let me think about that for a second. YES. 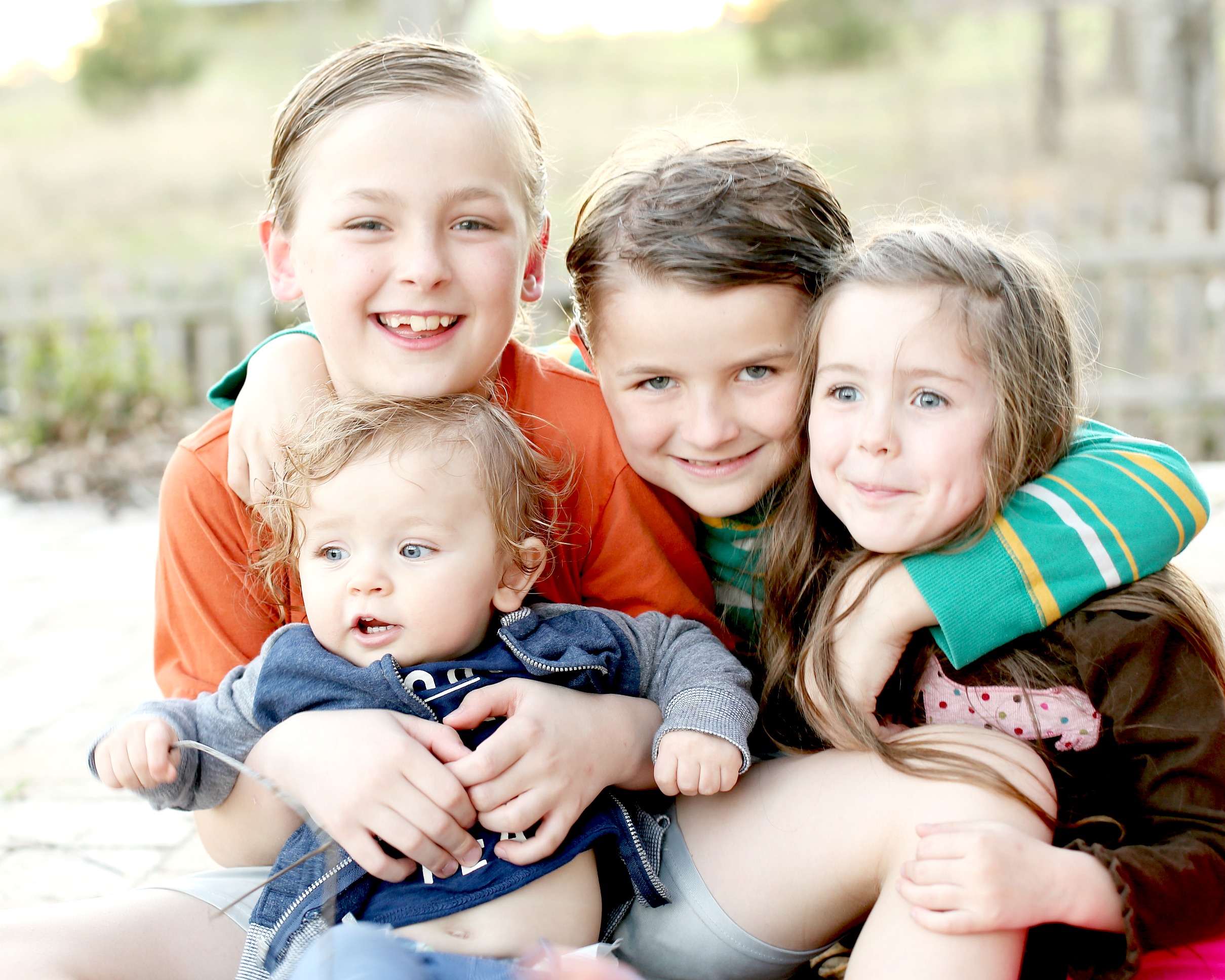 And, of course, he’s head-over-heels for his daddy. I’ve loved seeing  my husband’s bond with all of our babies, but just like my own heart has softened, I can see that his has as well, so it’s been especially fun to watch how much he’s enjoying Theo’s babyhood. 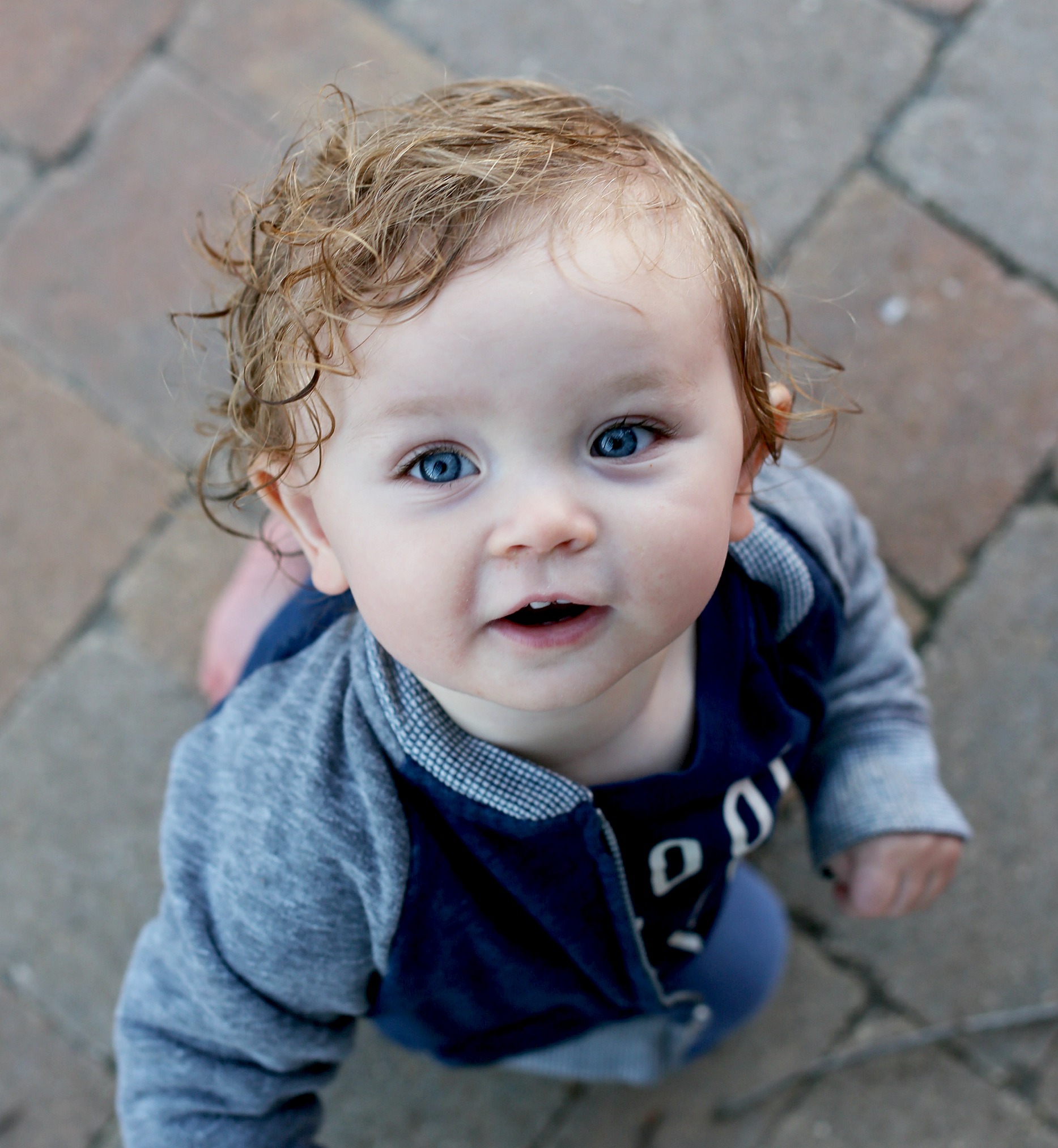 Basically, Theo is a dream baby. I can’t even tell you how many times Shaun and I have looked at each other and said: “Could he BE any better?” 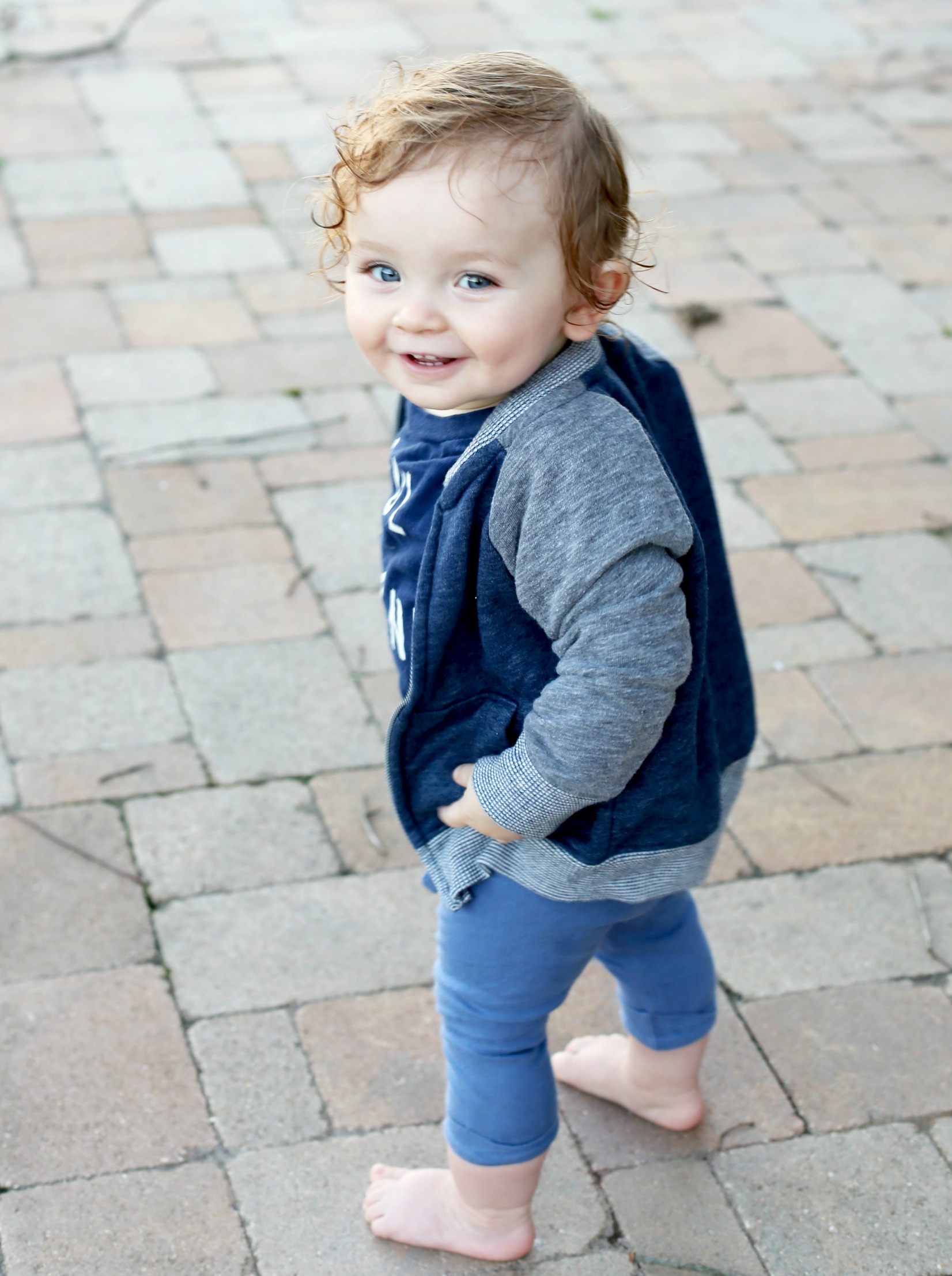 So happy 1 year, Theodorbs! (His birthday was actually last week, but…close enough). We are so, so grateful you are in our world.