So, my friend, Alina (who used to have an awesome blog called My Yellow Umbrella but now posts fun updates to Facebook instead), wrote a hilarious (after the fact, anyway) account of how she didn’t get a diaper on her little boy fast enough after bath time and he pooped all over her black and white rug.

I mean, poop STAINS like nothing else (except maybe blood…darn those bodily fluids!).

Thankfully, Alina is a resourceful sort, so she quickly googled a solution and came up with a very literal one. 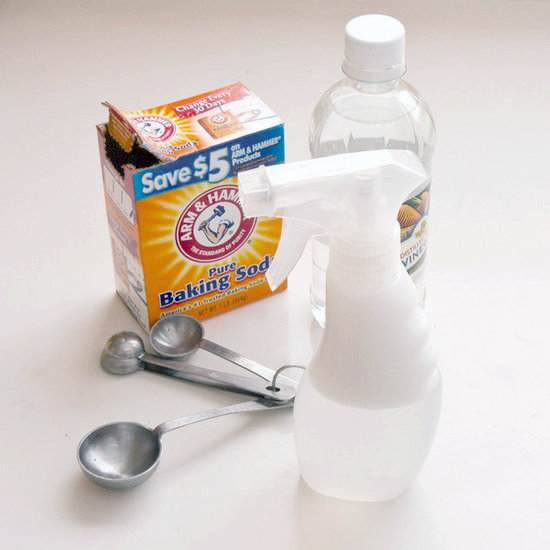 This homemade carpet cleaner has ingredients that almost everyone has in her pantry, which means that it’s a cinch to whip up, totally safe to use with little kids around, and it TOTALLY works.

Ask me how I know (insert shame-faced emoji here).

Of course, the title of this post says nothing about CARPET cleaners because this little jewel works on all kinds of things other than carpets. In fact, I don’t think I’ve ever used it on a carpet. (I just glanced over and noticed a spot on the rug that could use a spritz, though).

They’re not actually THAT new anymore–they’ve lived at our house for 8 months already (which is a little disturbing since I would have said six MAX).

But honestly? They still LOOK new. 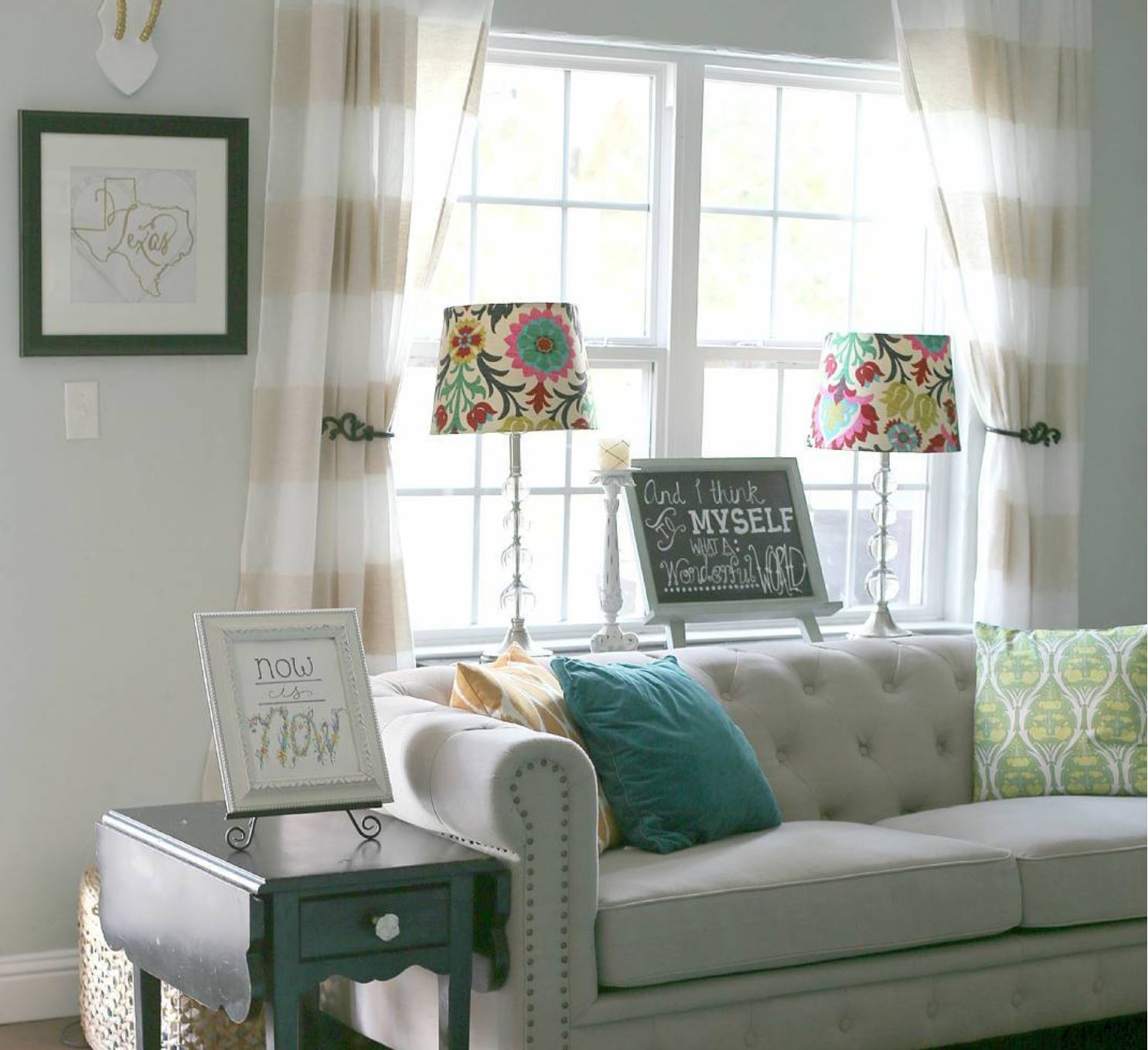 Which is kind of miraculous, considering that 8 people–6 of whom have habitually sticky fingers and dirty feet–live here.

That’s not to say that there haven’t been some close calls–like that little dot of black Sharpie that one of the twins managed to sneak on the back of one sofa before I could stop her (code for: paralyze her with my screams of, “NOOOOOOOOOOO!”). And then there was the smear of chocolate that I had no idea was on my pants before I sat down. (Don’t ask; no really, I have no idea).

Yes, we did Scotch Guard them before the kids were allowed to sit on them. And they’re not allowed to eat on them. But mostly? If (WHEN) something gets on them, I just use my trusty magical homemade cleaner. And–voila!–good as new. Seriously, y’all. It works. 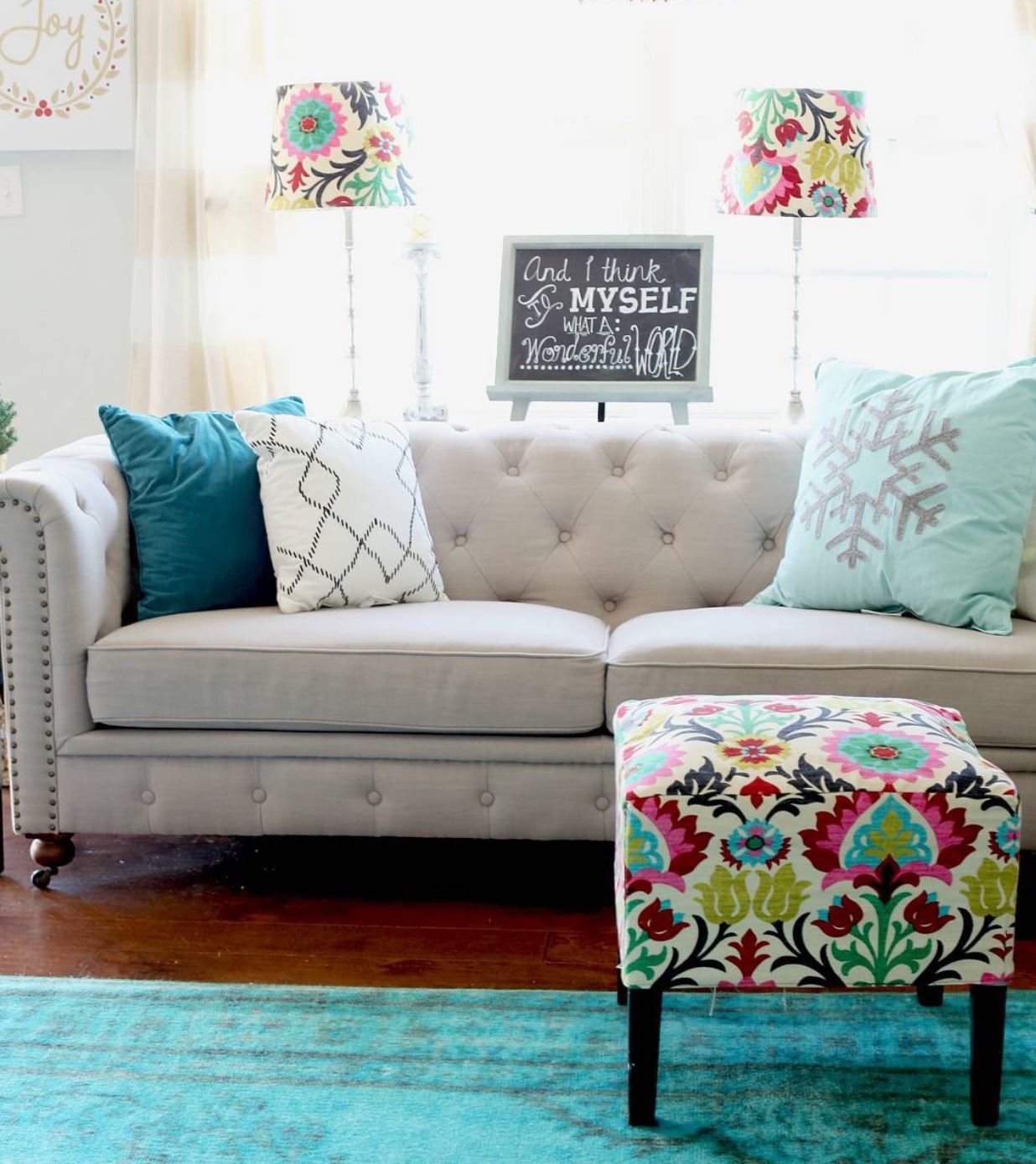 Oh, and as far as how I feel about the couches apart from their easy-clean ability, I LOVE them. They are comfy and still just as firm as when we bought them. The tufting is holding up beautifully, and the color seems to be staying true (no fading).

Oh, and in case you’re wondering, I ended up patching the small love seat that I bought with the two couches and selling it one for 1/3 of the price that I paid for the whole set, so the two couches I kept were an even BETTER deal than before.

May you be filled with the joy of Jesus’ resurrection as you celebrate the incredible sacrifice he paid for our sins!