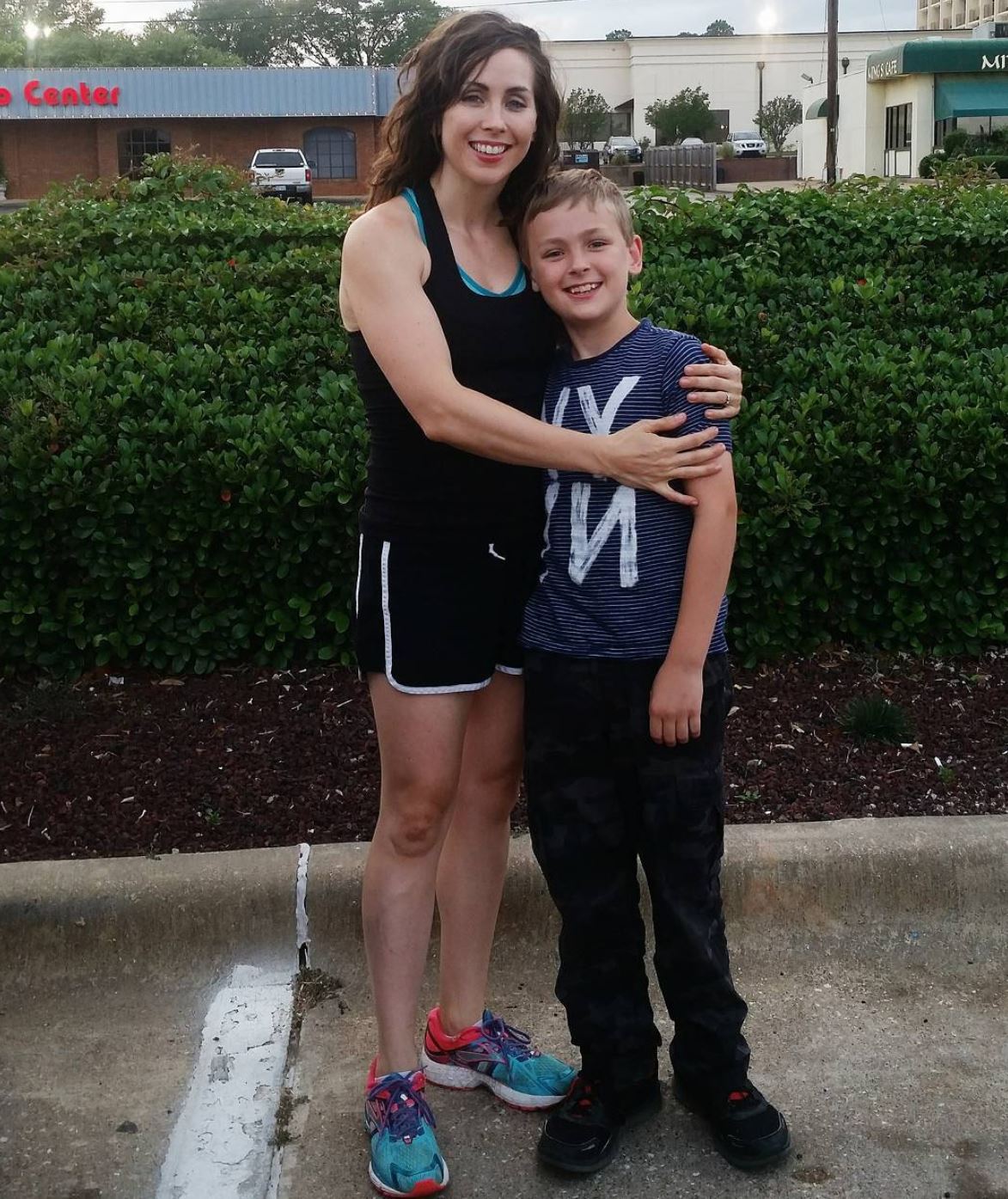 That means 10 whole years of mamahood for me.

And I really couldn’t be more thrilled with how he’s turning out. I think back to the day he was born, which is still so distinct in my memory (apparently, having your first kid leaves an impression), and I just laugh at my fumbling, overly strict, clueless self. And I cringe a little too.

I mean, when he was 5 days old, I sat beside him on the floor and jiggled his bouncer, talked to him, did EVERYTHING to calm him down from a screaming rage except pick him up…because it wasn’t “time” to feed him again yet (and he couldn’t possibly have just needed comfort, Abbie?). Who does that? Well, an earnest, nervous, 23-year-old first-time mama who has practically no experience with babies and who is convinced that if she feeds her baby “too early” he’ll be spoiled forever. OY. See? Cringe-worthy. 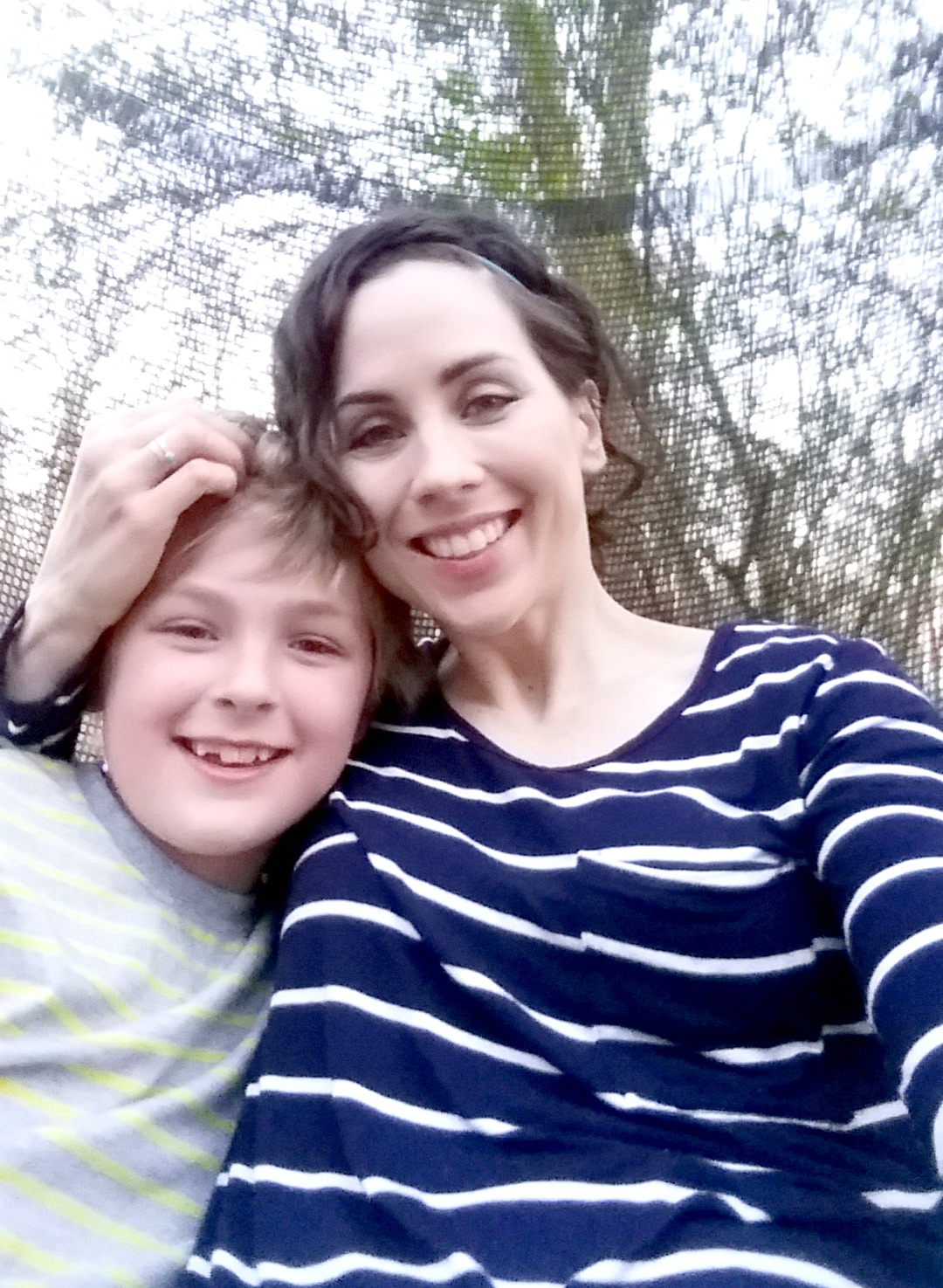 Don’t worry. I figured out pretty quickly that this was not necessary, and I held him a whole lot. But there are still puh-lenty of things that I look back on now and wonder why I felt the need to be so uptight about it all. I’m also a little in awe of the fact that, even with all of my bumbling, Ezra has turned out as “normal” as he has so far. (I only use the quotations because the spectrum of normal is pretty wide these days, and he is delightfully “abnormal” in many excellent ways). 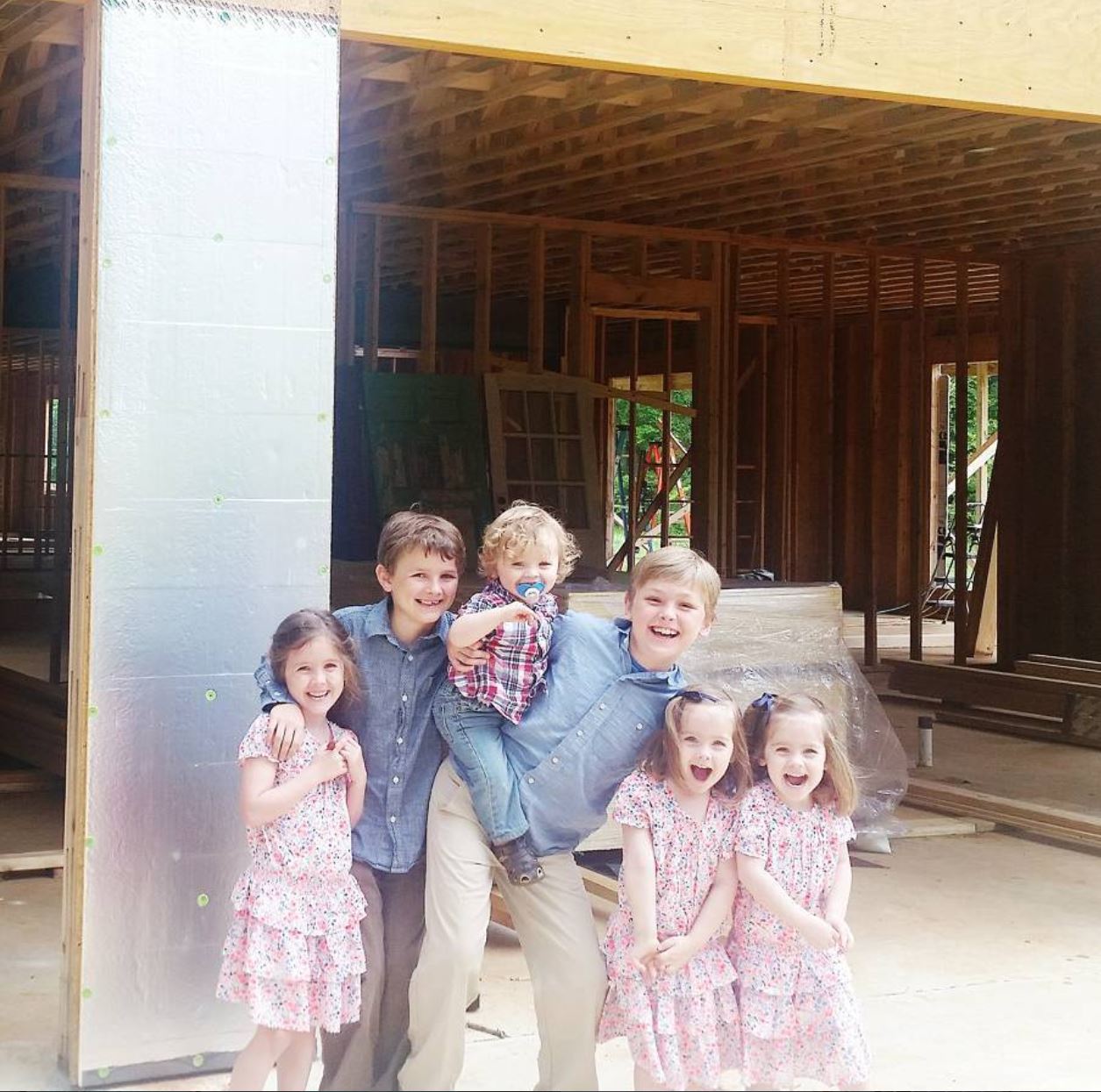 Honestly, I think firstborns are testaments to God’s grace. To the fact that we can flub our way through a whole lot of situations–too lenient, too strict, too careful, too smothering, too free-spirited–and, if we keep coming back to the truth of God’s word, keep praying for them, keep training them up in the way they should go, they will–by the grace of God–survive our clumsy attempts at all of those motherhood firsts.

Ezra certainly has so far. Not only has he survived but he has blossomed into a joyful, handsome, helpful, godly young man. And I couldn’t be prouder to be his mama. 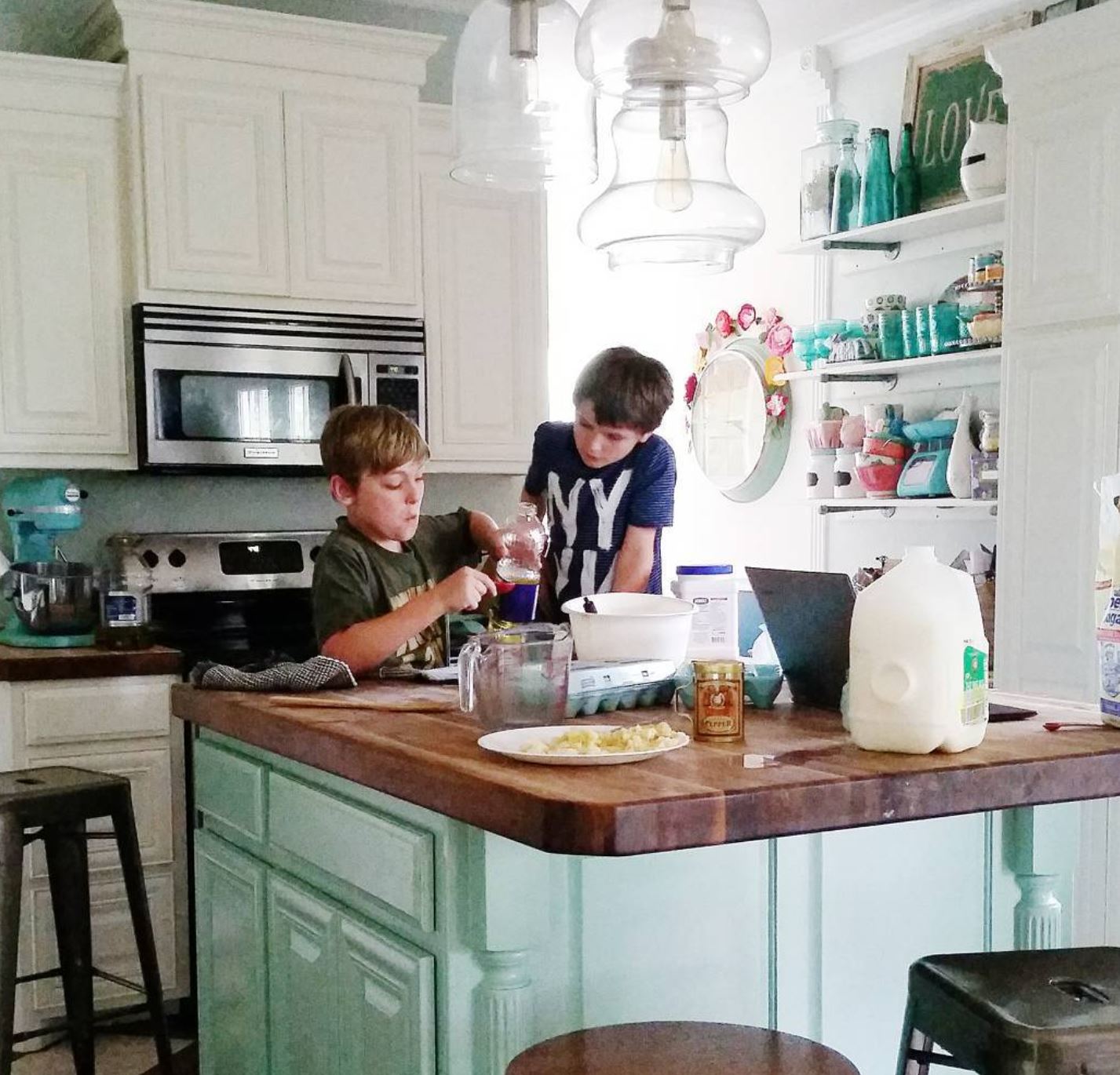 Ezra and I are similar in lots of ways, but he’s about 10 times more sensitive than I am, and 4 times as kind (the two are probably connected). He’s a stickler for rules (so was I), a personal perfectionist in some areas and a bit lazy in others (yup, me too). He loves to read and makes good grades (just like me). He’s a bit of a know-it-all (ahem).

But where he deviates (in such a good way) is in his instinctive ability to relate to others’ suffering, to express compassion and empathy, to get down on a hurting person’s level and speak with gentleness and feeling. As you can imagine, little kids love him. Theo absolutely worships him and will even go to him from my arms (which is saying something because Theo is a major mama’s boy). In fact, there have been plenty of times when I’m getting ready to drop the hammer on the twins as they attempt to scratch each other’s eyes out, and I hear Ezra sweetly talking them off of their crazy ledges. Sometimes, the hammer is still necessary, but his gentler approach is such a great reminder to, as Titus 2:3 says: “Speak evil of no one, to avoid quarreling, to be gentle, and to show perfect courtesy toward all people.” 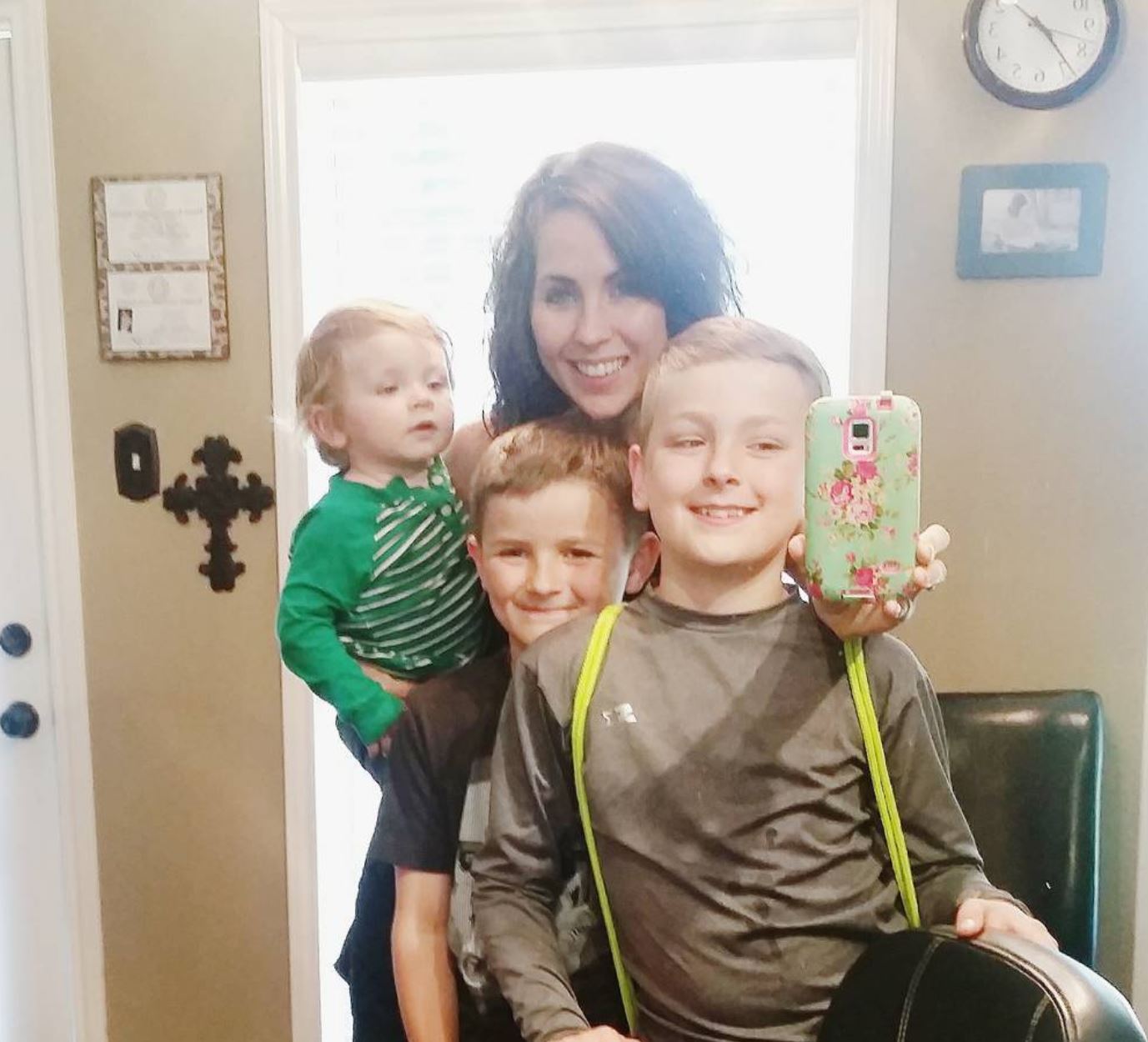 In fact, while being a mother for a decade has taught me plenty more than one thing per year, the number seemed fitting, so here are 10 motherhood revelations I’ve had, in no particular order (and split into two posts because the word count was getting ridonkulous).

1. It’s called a phase for a reason (AKA: This too shall pass)

This has to be one of the most fundamental and yet profound truths of motherhood there is. No matter how maddening, infuriating, and patience-shredding a behavior your little angel might adopt, NEVER FEAR! She will move on to another equally soul-crushing habit eventually. Hmm…perhaps that didn’t come out as encouraging as I meant it to. But seriously, even though there will always be something to be frustrated by, chances are, it won’t always be THAT THING that you thought would never go away/change/resolve itself.

Don’t get me wrong. I don’t think that bad habits respond well to passive parenting. You can/should definitely help your child work through his “issue,” but, chances are, you’ll probably have to ride out a fair bit of unavoidable angst as they get it out of their systems.

I remember reading a Facebook cry for help from a mama of littles whose children were doing something typically childish, and she ended with: “And DON’T tell me, ‘It’s just a phase!!!'” Because that’s the last thing you want to hear when you want instant relief from the kid who keeps going to the same corner and peeing in it every single day at 3 PM. But it’s the truth. Some day, barring a sensory problem or some other special need, he really will stop.

Side note: sadly, this also applies to the cute phases. WHY can’t Simon still say “Weh-wah” instead of Ezra? Or Della still lean her head in to touch her forehead to mine when I tell her I love her like she did when she was 1? Or Theo continue to do every single thing that he’s currently doing because it’s completely and utterly Theodorable?

Because these, too, are just a phase. Hmph.

2. Potty training is not worth stressing over

Speaking of phases, I’ve talked several times here about Ezra’s year-long campaign against pooping. Not gonna lie. It was kind of miserable. But! It didn’t last forever (praise Jesus!), and, as a result of it, I learned not to sweat potty training too much. All of my children have been potty-trained between ages 2 1/2 and 3, with nothing more than repetition and training. No boot camps. No special tricks. (Nothing against them, though). Just repetition and reward. I still don’t feel like anything close to an expert. The twins practically potty-trained themselves. But! It did happen. Which gives me great confidence that, in Theo’s case, it will happen again. I am prone to stress about many things. After the debacle with Ezra, I refuse to let potty training be one of them.

I’m big on respect. I am not my children’s friend, even when I sure wish I could be. Yes, I play games with them and make silly faces. But ultimately, I’m their mama, which means that I’m their most consistent authority figure. And I have to act accordingly. For the longest time, I had a hard time admitting when I’d been unjust or apologizing for messing up. It felt like an abdication of authority that would weaken my children’s respect for me. It took a while, but I’ve come to understand that, instead of letting my pride blur my understanding of grace, I can be a living and active example of it, letting them see that Mama sins too and that she needs Jesus (and forgiveness) every bit as much as they do.

I wasn’t the mom who vowed never to allow video games in her home, but I was determined to stick to a low video game time policy. We have several gaming systems in our home (thanks to Shaun’s buying them secondhand but never playing them), most of which we practically never use, except to play DVD’s. But the boys (and now Della) are allowed 30 minutes of game time on Mondays and then 30 minutes when they’re at my mom’s on the weekend. Other than that, they have zero screen time (other than movies) unless we are a) playing something like Tetris or Mario Kart together as a family b) at the gym (where they show movies and sometimes friends have handheld games), or c) it’s school-related.

Some of you probably find these guidelines too lenient while others are shaking your heads in wonder at my hardcore stance. BUT! I have found, consistently, that when my boys (especially) are allowed more than their allotment of video game time, they become discontented and begin to crave more and more–to the point that they are no longer satisfied with other activities.

Plenty of research has been done about the addictive nature of video games (and screen time, in general), but I have only to look at my own children’s behavior to conclude that, in this case, less really is more.

5. Bring God into the everyday

When Ezra was little, I felt funny talking to him about God all of the time. Sure, we read the Children’s Storybook Bible and prayed, but when I tried to explain more complicated theological concepts in “baby talk,” it felt strange and unnatural. It took a while to get over myself, but one day (years later; I probably already had Della), I caught myself explaining God the Creator through the lens of a spider’s web. And it was effortless. The kids got it. And I felt like I finally did too. Since then, I find myself referencing truths from the Bible or creation or sin nature pretty much all day long as the natural opportunity arises.

Golly. I had NO idea I had that many words about motherhood lessons learned. And that’s only half of them!

Which, I’m sure, makes you soooooo excited for Part 2 tomorrow.

But enough about me. What have YOU learned from being a mama?