So, I had to do a search on my own blog to find the last time I indulged in a round of Thrifted or Grifted, and even though I knew it had been a while, I was honestly surprised it had been THAT long. 2 years and 4 months, folks.

So, why the lapse?

Well, a couple of reasons, really. 1) I don’t do a whole lot of traditional thrifting anymore. Even when I had 5 kids, and the twins were tiny, it was still worth it to me to hit up Goodwill on the regular, but…well, they closed down my favorite hole-in-the-wall-with-all-the-best-stuff Goodwill, and the local thrifting grounds just haven’t been the same since.

Thank goodness for ThredUP, though. (Use that link to get $10 off your first order if you’re so inclined).

And 2) I just don’t do a lot of fashiony posts here anymore. Not sure why that changed exactly (and feel free to weigh in if you’d like to see more), but it’s just sort of fallen by the wayside since I stopped having a “wardrobe” theme for Wednesday.

I was going through my closet the other day and noticed that I had several items that were similar enough to throw together a good ol’ round of T+G, and–what can I say?–I guess I was feeling nostalgic because here we are. 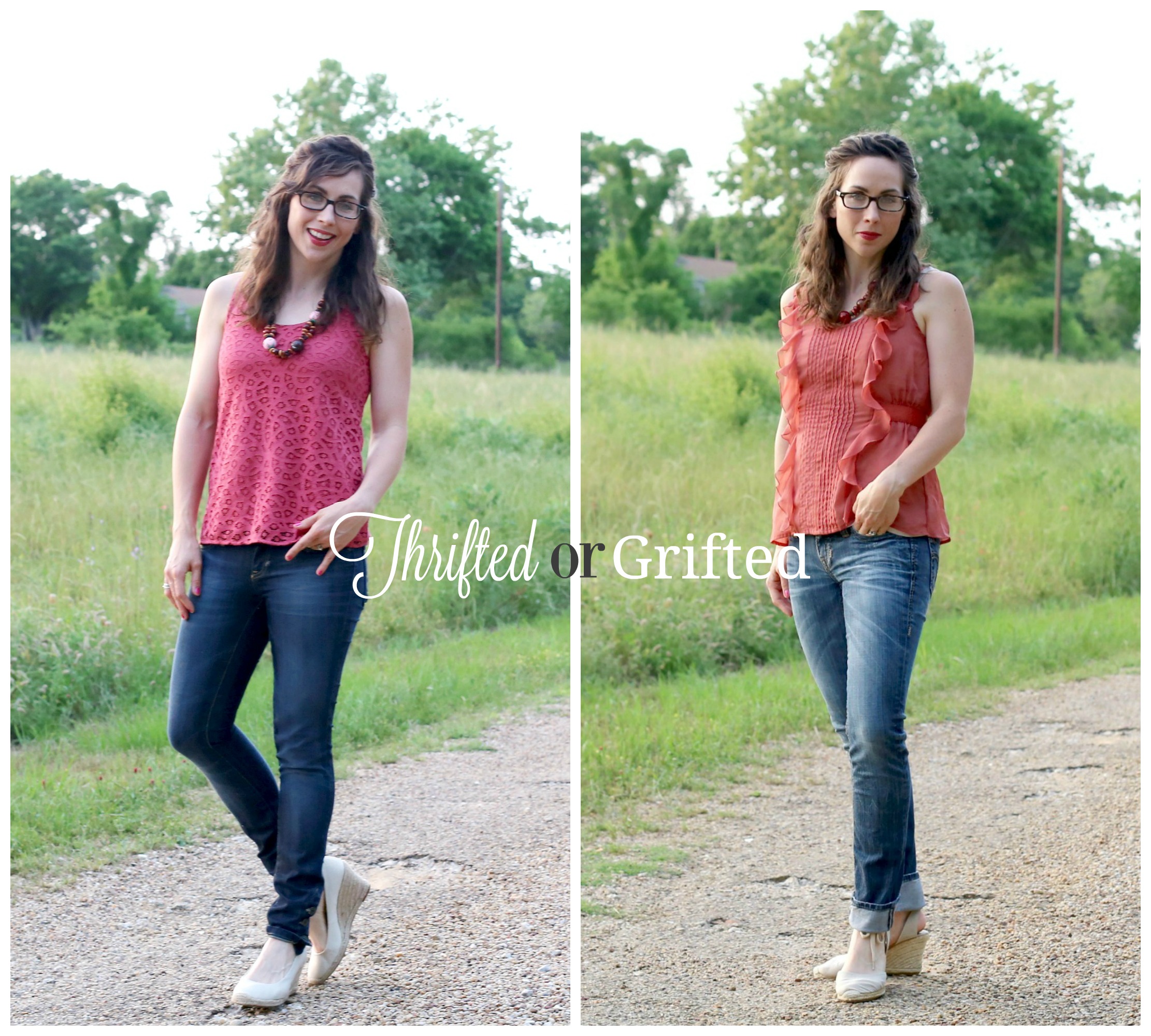 So, for those of you uninitiated, what IS Thrifted or Grifted?

Thrifted or Grifted is a silly little fashion game I came up with in which I wear two similar ensembles, and you test your thrifting savvy by deciding whether an outfit is:

If you’re a Thrifted or Grifted pro, then you know the drill—get out that magnifying glass you’ve got in some drawer somewhere and procrastinate on those dishes a bit longer as you scrutinize the minutiae of each outfit (WRINKLES DON’T COUNT!) and then comment away telling me why you chose which one you did.

The commenter I find most entertaining (there’s nothing fair or random about it! ; )) will get 5 free entries into our next giveaway (coming soon!). 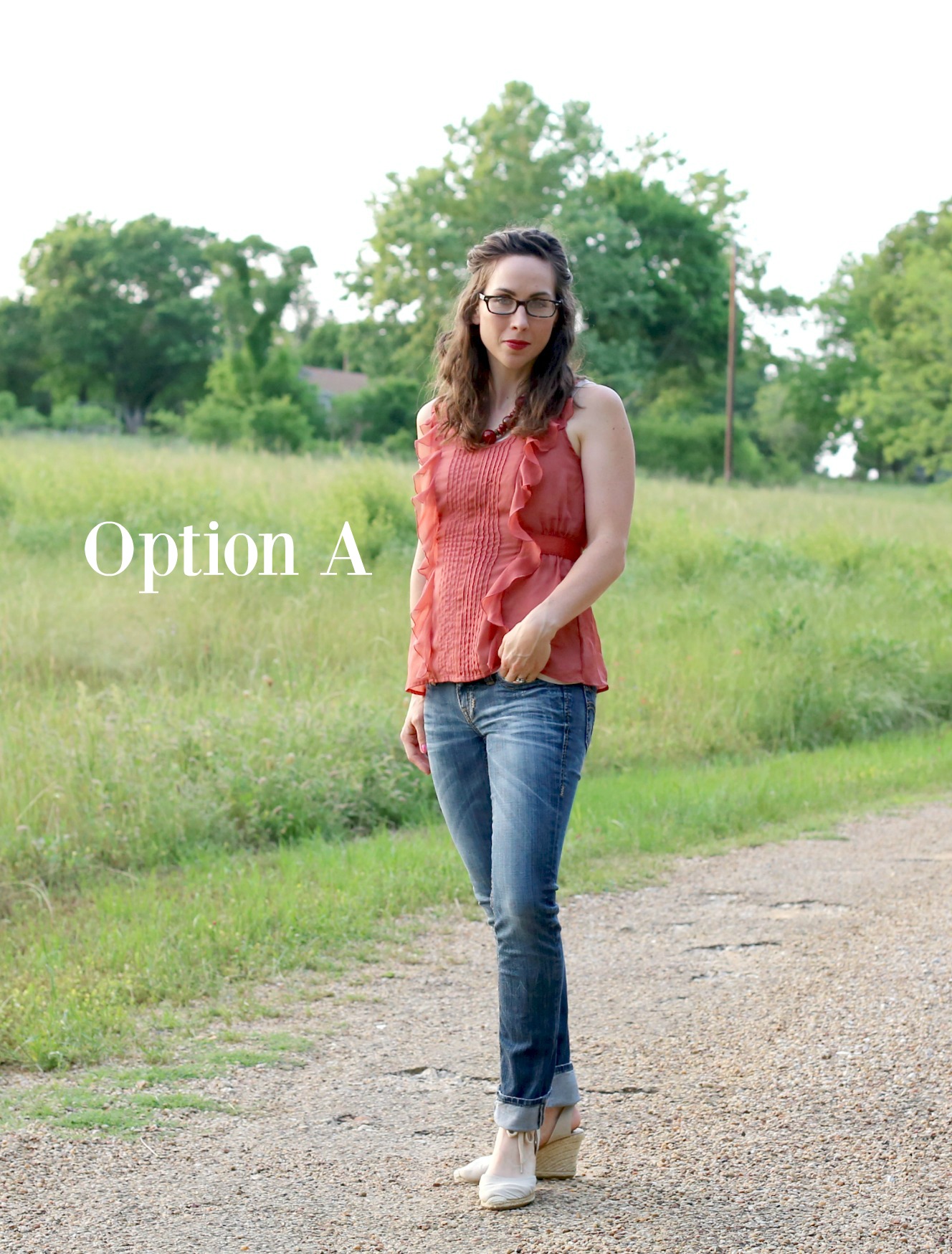 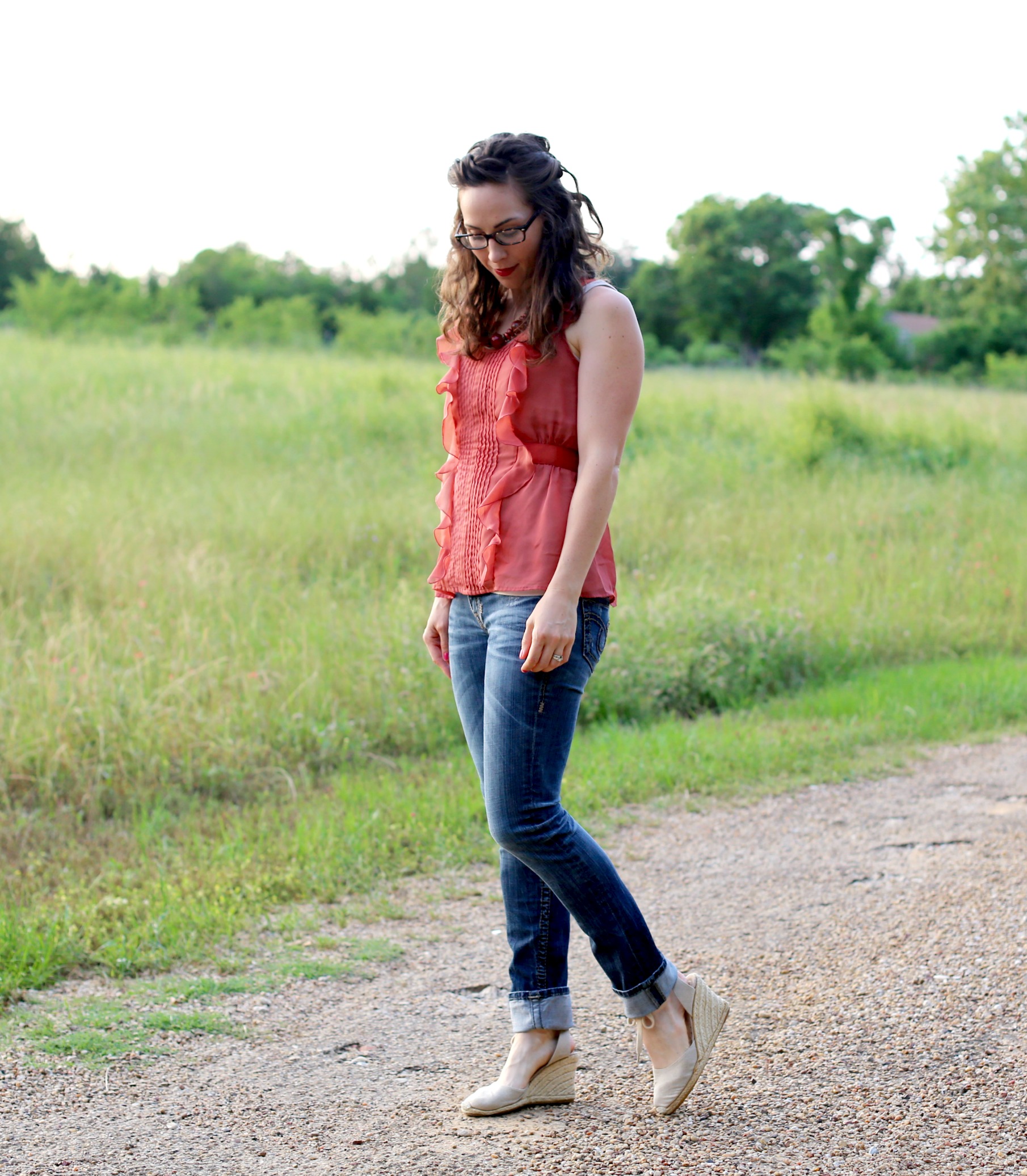 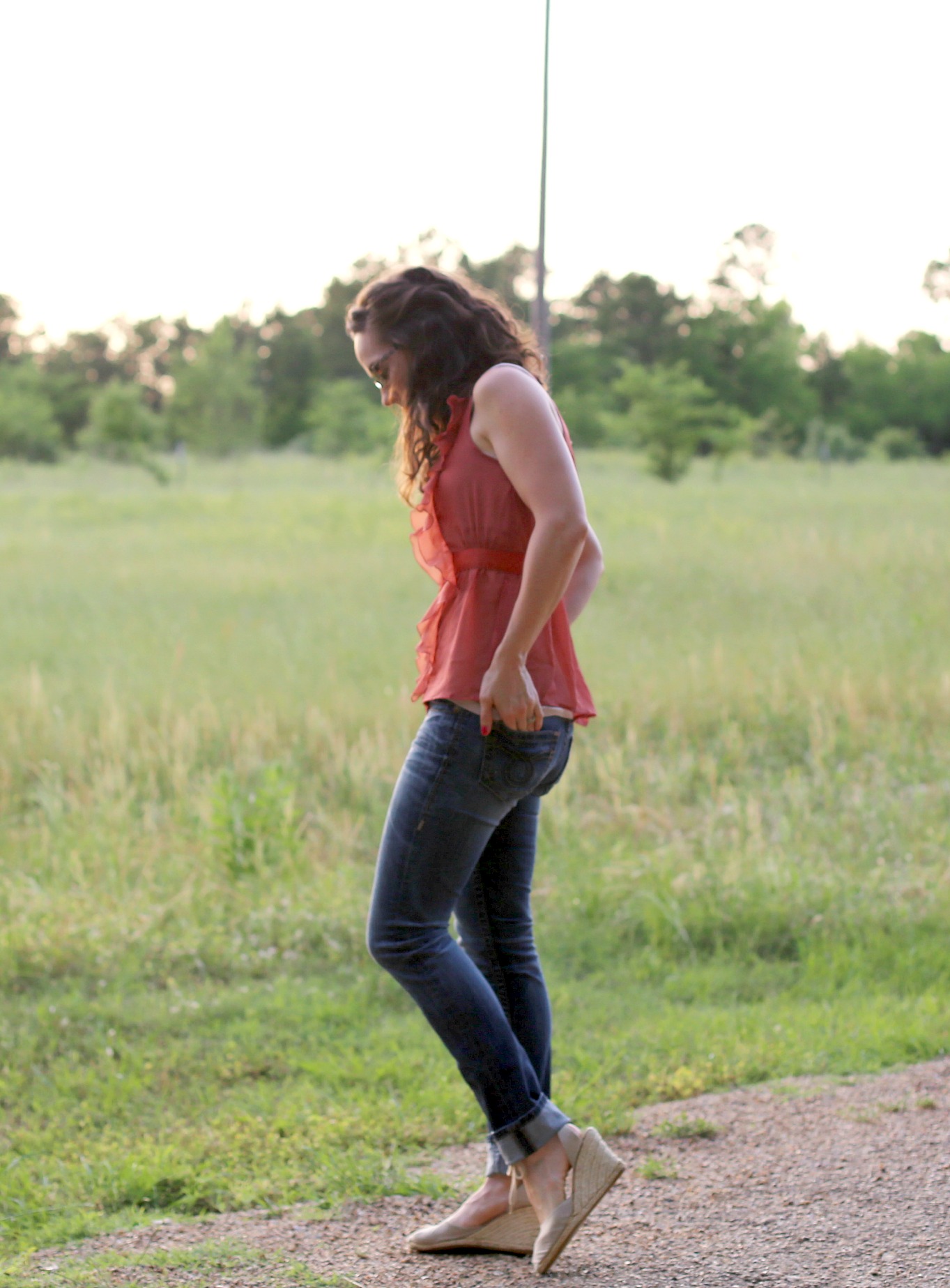 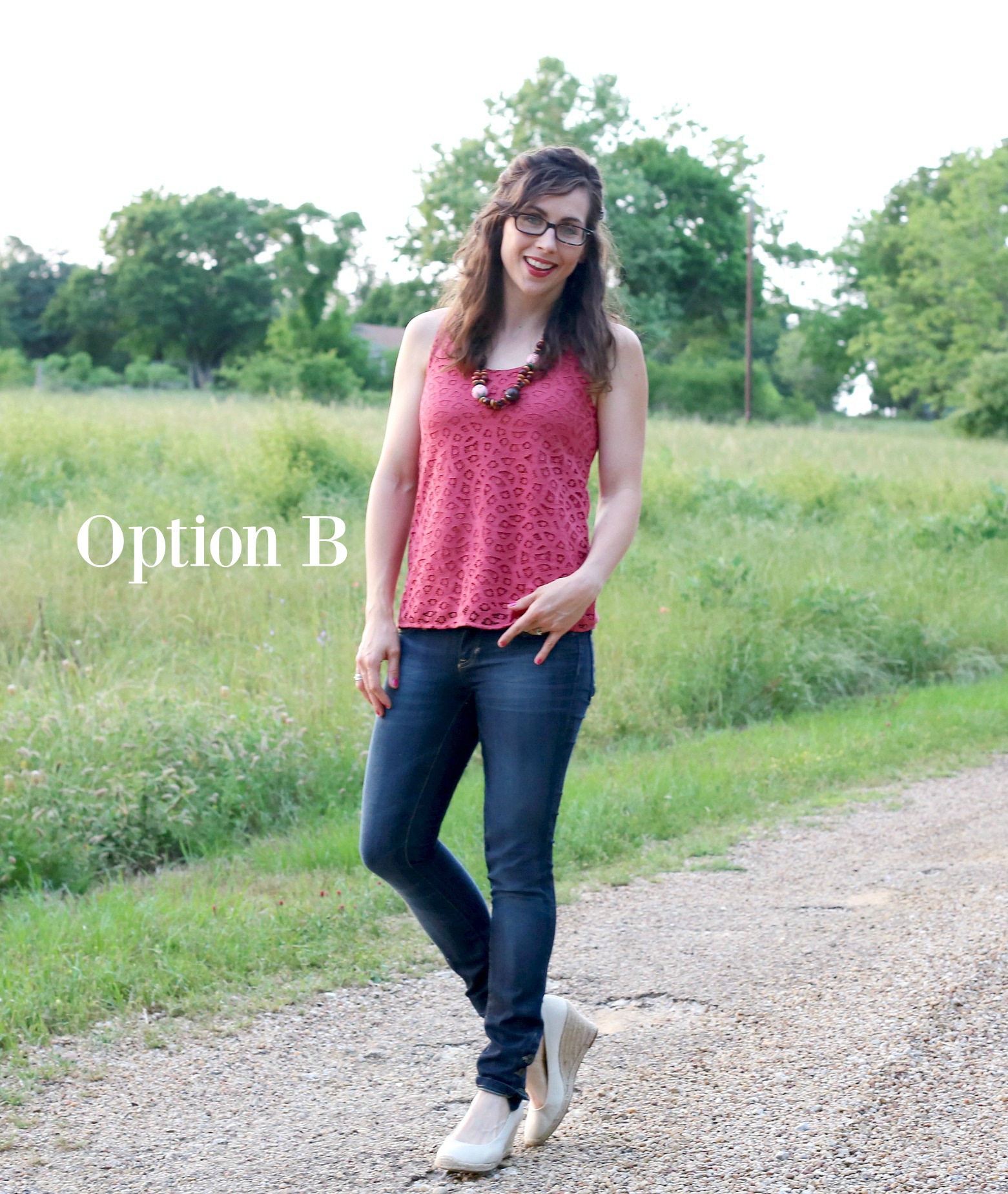 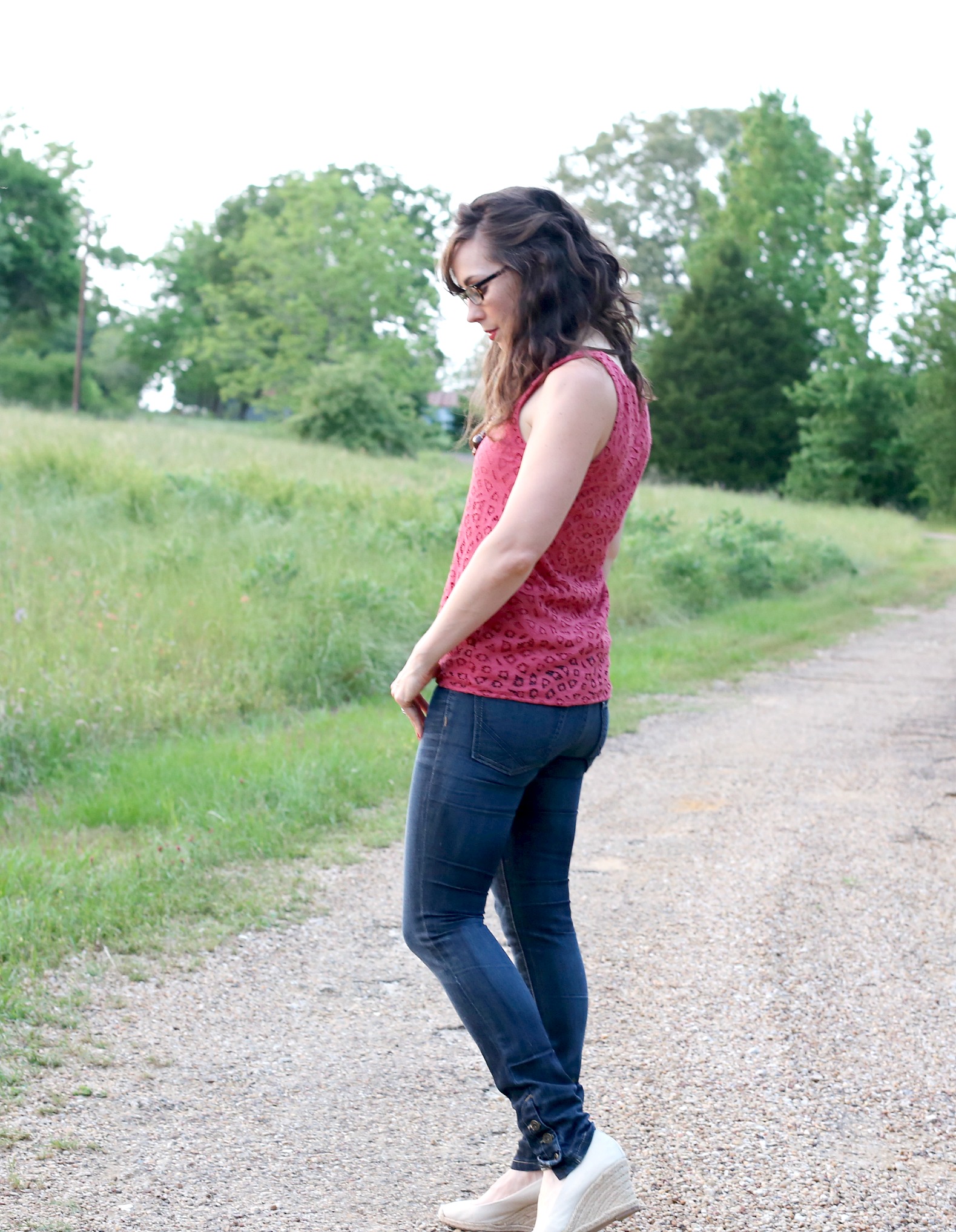 P.S. Ezra is now my photographer. He does a great job. Except for when he cuts off part of my shoe. I promise I’m not trying to obscure your view here.

Oh! And just because Miss Evy-Lou was rather poorly/clingy and wobbled all the way down our gravel driveway in those plastic “princess flipper shoes” (aka: death to all toes with which they come in contact), I’ll include this oh-so-attractive picture of the both of us. 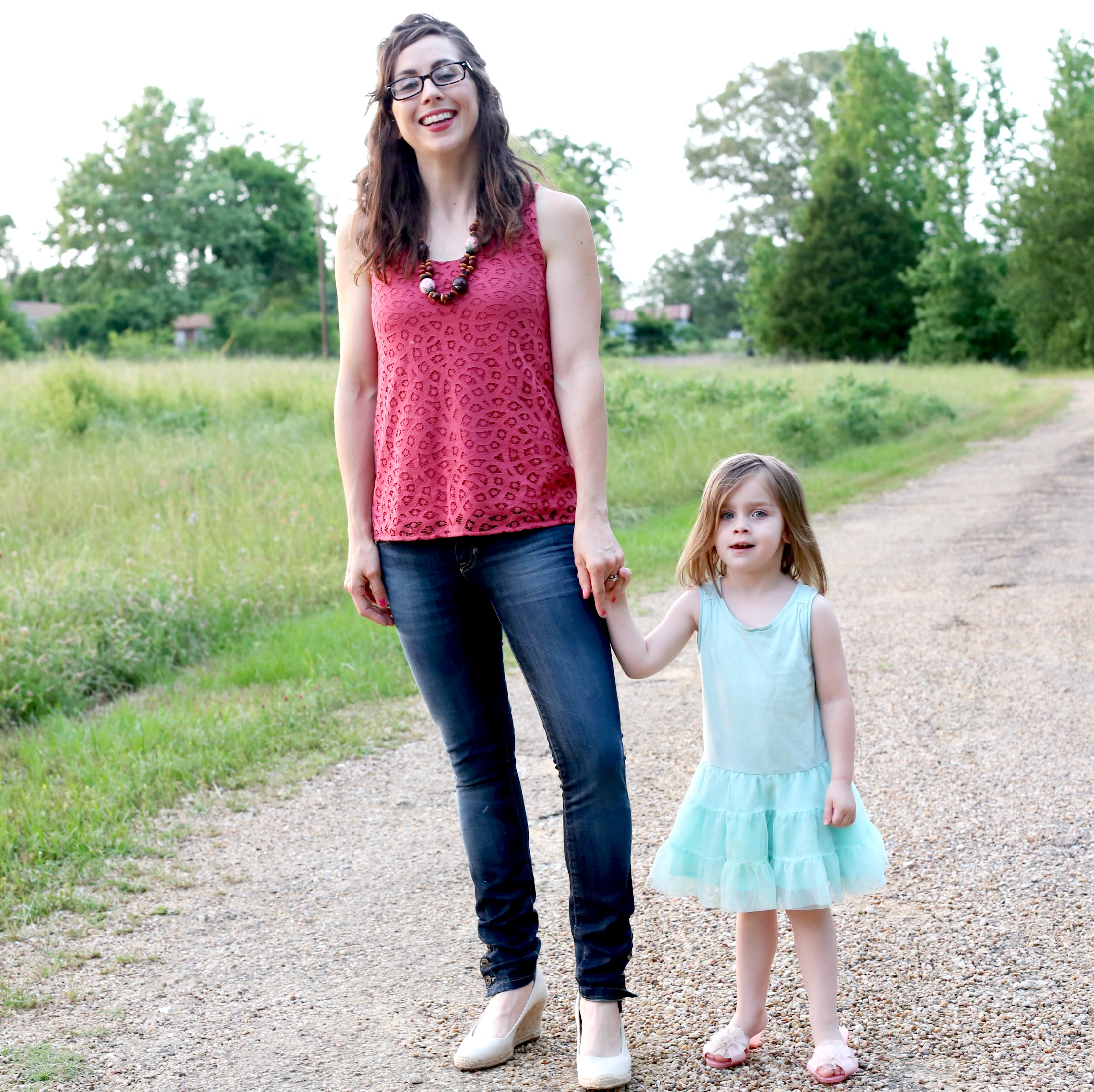 So, what do you think? Have you made your decision?

Well, then vote away! And don’t forget to comment telling me why you chose the one you did!

P.S. “Other” is not an option. I just couldn’t figure out how to make it disappear.