(Well, subtract a few of those, and you’d have a more accurate impression of what we were working with).

We sold our first house for a profit, and we had saved up a fair but, but still. We were a young couple with two small kids, and we were determined to build a DIY house that didn’t put us in debt.

We accomplished our goal, but it meant that we skimped wherever we could. We took one look at granite prices (the hot counter surface at that moment) and went, “Nope.” Do I love our tiled counter tops? Again. Nope. But they saved us thousands of dollars. Did I love making multiple trips (sometimes a day) to Lowe’s to get the best deal on every last appliance and light with two babies in tow? Eh, in some ways I didn’t mind too much because it was my primary contribution to the process (when Shaun was doing 99% of the actual build). But it got tedious and stressful after a while for sure. Did I end up with some mirrors and sinks that I didn’t love just because they were a smokin’ hot deal? Of course.

There’s nothing wrong with ANY of this. I’m not complaining. I’m so stinkin’ grateful we got to build a custom house debt free more than less how we wanted it that I can’t even express it adequately.

This time around, it’s not our first rodeo. And we’re not on a time crunch (which is huge).

So many of the budget-driven decisions I made were fine with me because I didn’t know who I was design-wise.

I mean, sure, I thought I knew what I liked.

But…after repainting half of the rooms in our house over the last 8 years, I’ve discovered something: I don’t like colored walls as much as I thought I did. Maybe an accent here or there. But mostly I prefer neutral with (sometimes lots of) pops of color.

Plenty of times, I picked up a lamp and never considered whether I really loved it. It was just cheap and “good enough.”

Again, nothing wrong with this. I will never be the girl that says it REALLY matters (in an eternal way) what your house looks like or whether you love everything from the soap dish to the sconce in the guest bathroom.

But it sure does make it easier to know exactly what you’re looking for instead of mentally shrugging and feeling like you could be making a big mistake. Because you don’t want to spend any amount on something and then realize 6 months later that you actually kind of despise it.

So, this time around, I’m happy to announce that I know what I like, and while–true to my bargain-loving self–I will scrape for every last deal I can score, I’m also enjoying giving myself a bit of freedom to plan, play, and maaaaaybe even splurge on something I absolutely love.

Which brings me to maybe the most expensive room in the house (after the kitchen, of course): The Master Bathroom.

I know that I want the following for sure:

Using my trusty Olioboard program, I whipped up a mash up of most of these elements to create my dream master bath. 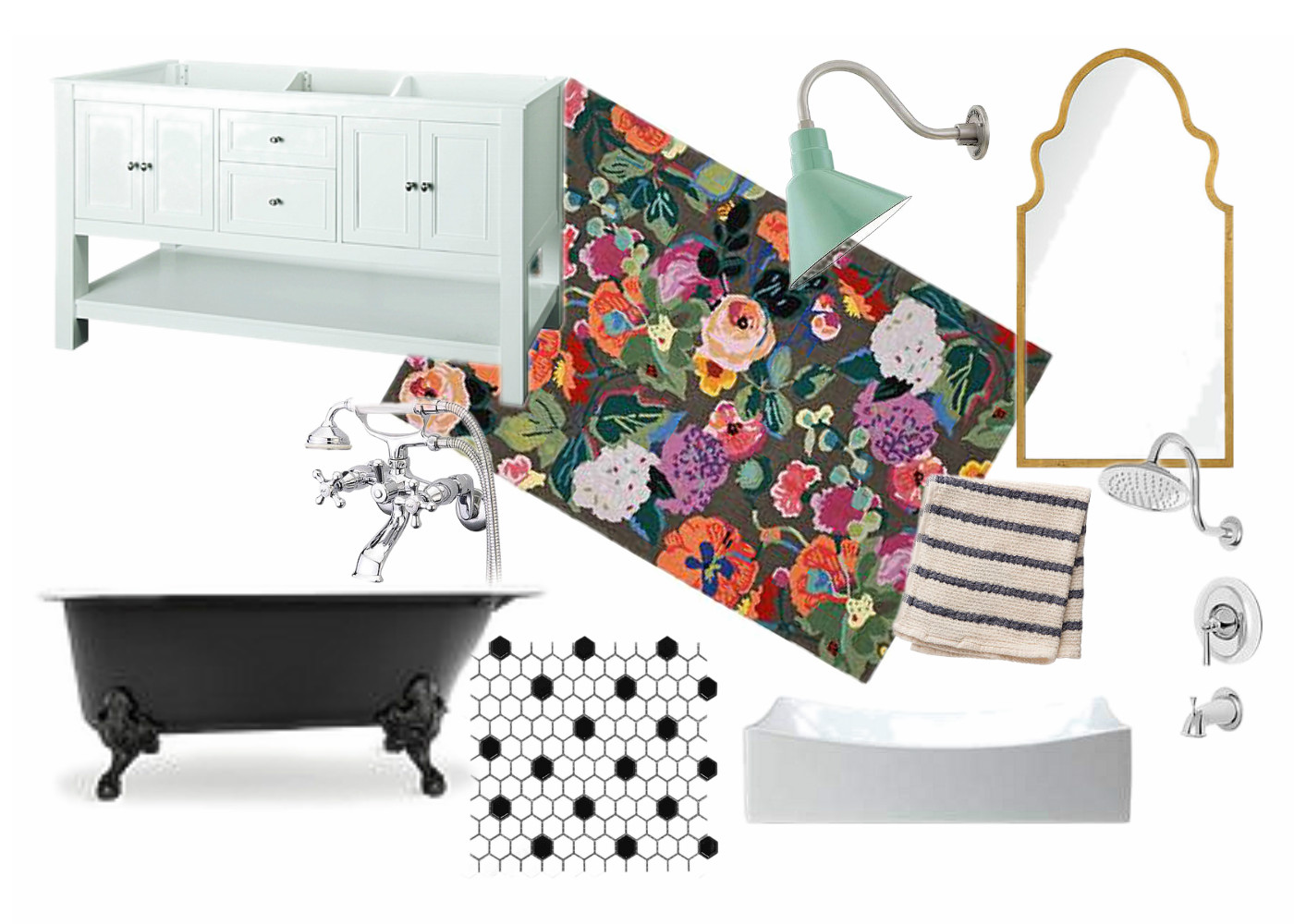 Something I’ve discovered: I don’t mind mixing metals. Gold with silver. Chrome with matte. Even bronze with something brighter. As long as the mix ends up looking eclectic rather than jarring.

And, yes, that clawfoot tub

is the absolute bomb.

So is this AH-mazing Brockway sink 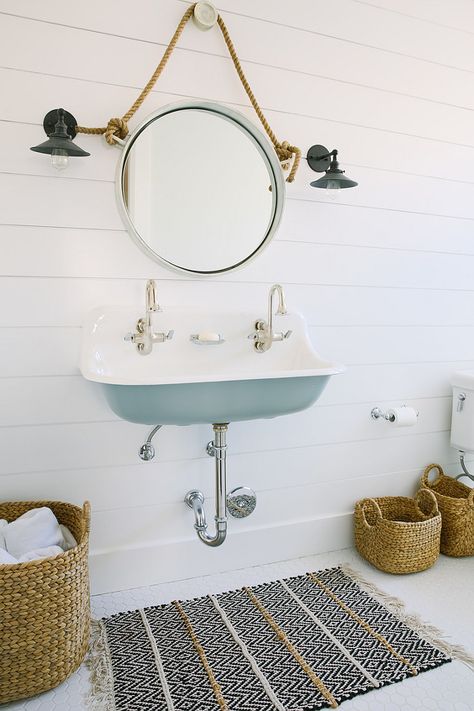 But, even if I manage to bite the bullet on that one, it would have to be for a different room in the house than the master bath since we really need storage in there.

So…did you notice something missing?

(I love almost every faucet they make, actually). 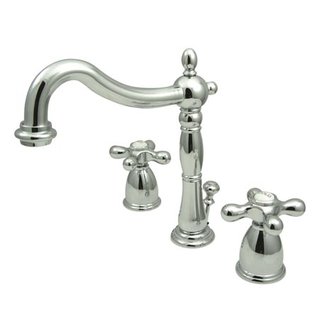 This guy from Delta

is pretty fun too. 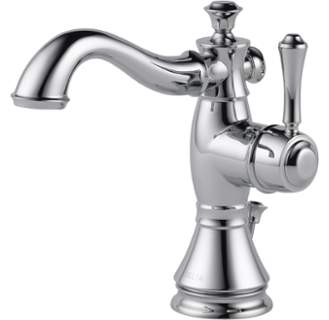 Oh, and these wall-mounted versions

have started catching my eye recently. 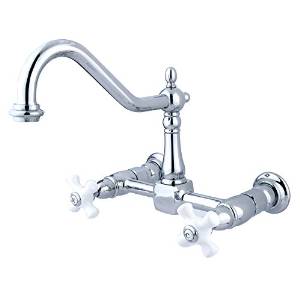 This last one is pretty similar to the second one, but I miiiight prefer this funky version 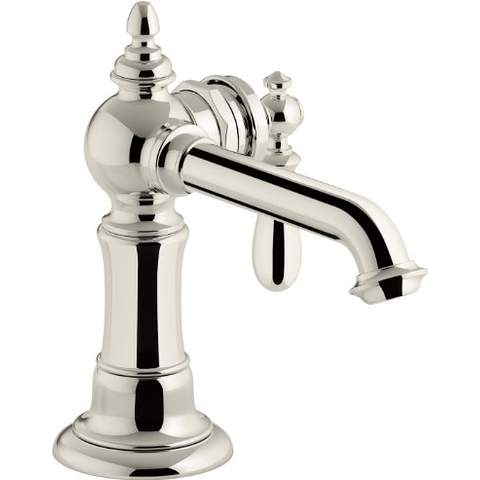 What do you guys think?

Which faucet do you think best matches the master bathroom (as it appears in my head, at least)? 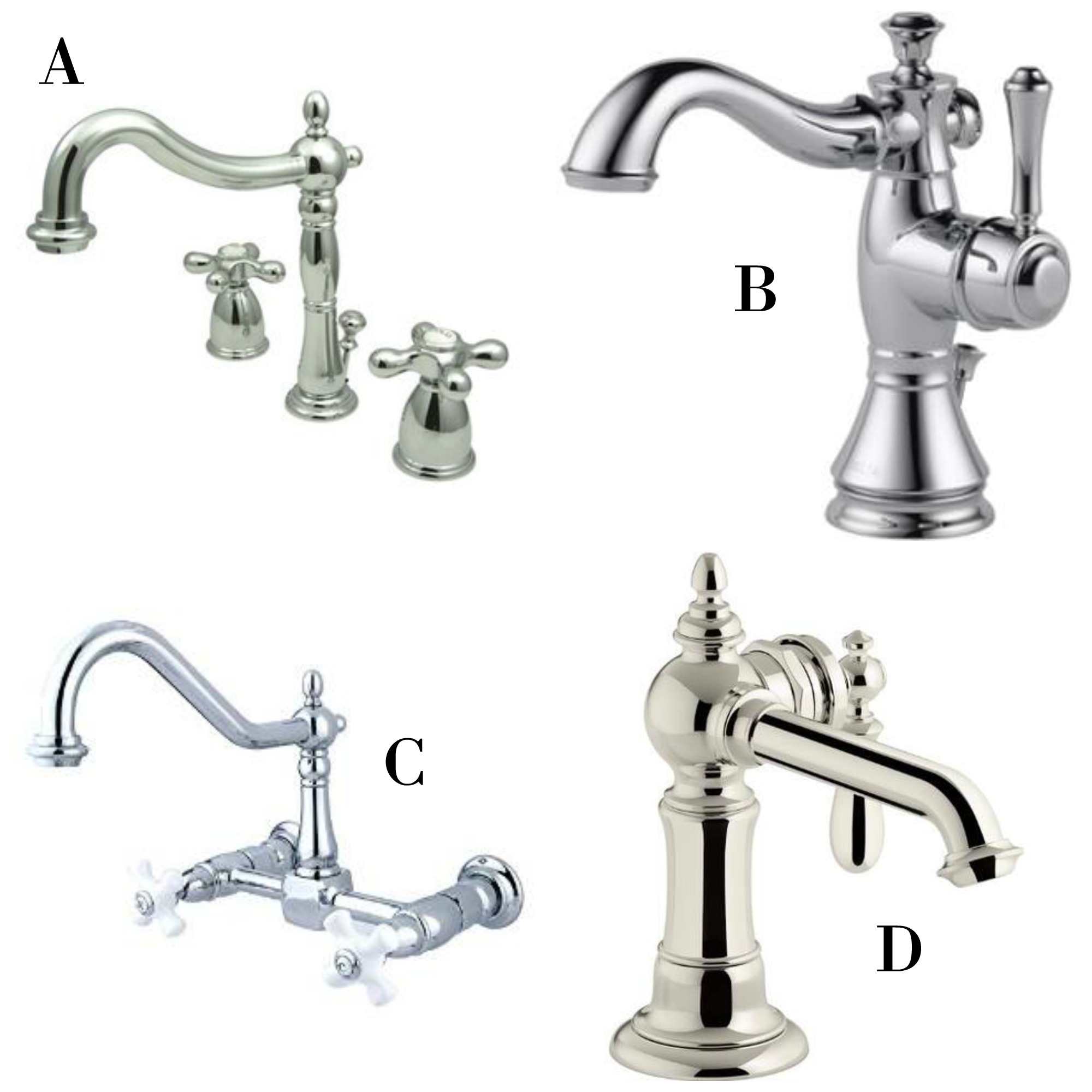 Or maybe you have one you love that you think I should consider? You know I will!