First up, THANK YOU so much for your words of encouragement, excitement, and celebration with us. I know that we’ve never made it anything close to a secret that if the Lord gave us more children, we’d happily take them, but still, announcing a seventh kid is not always met with such joy and positivity, and I can’t really adequately express how grateful I am for each of you that took the time to say YAY with us! (And each of you who thought: Whuuut? They CRAZY?!…and kept it to yourselves. insert laughing/crying emoji). 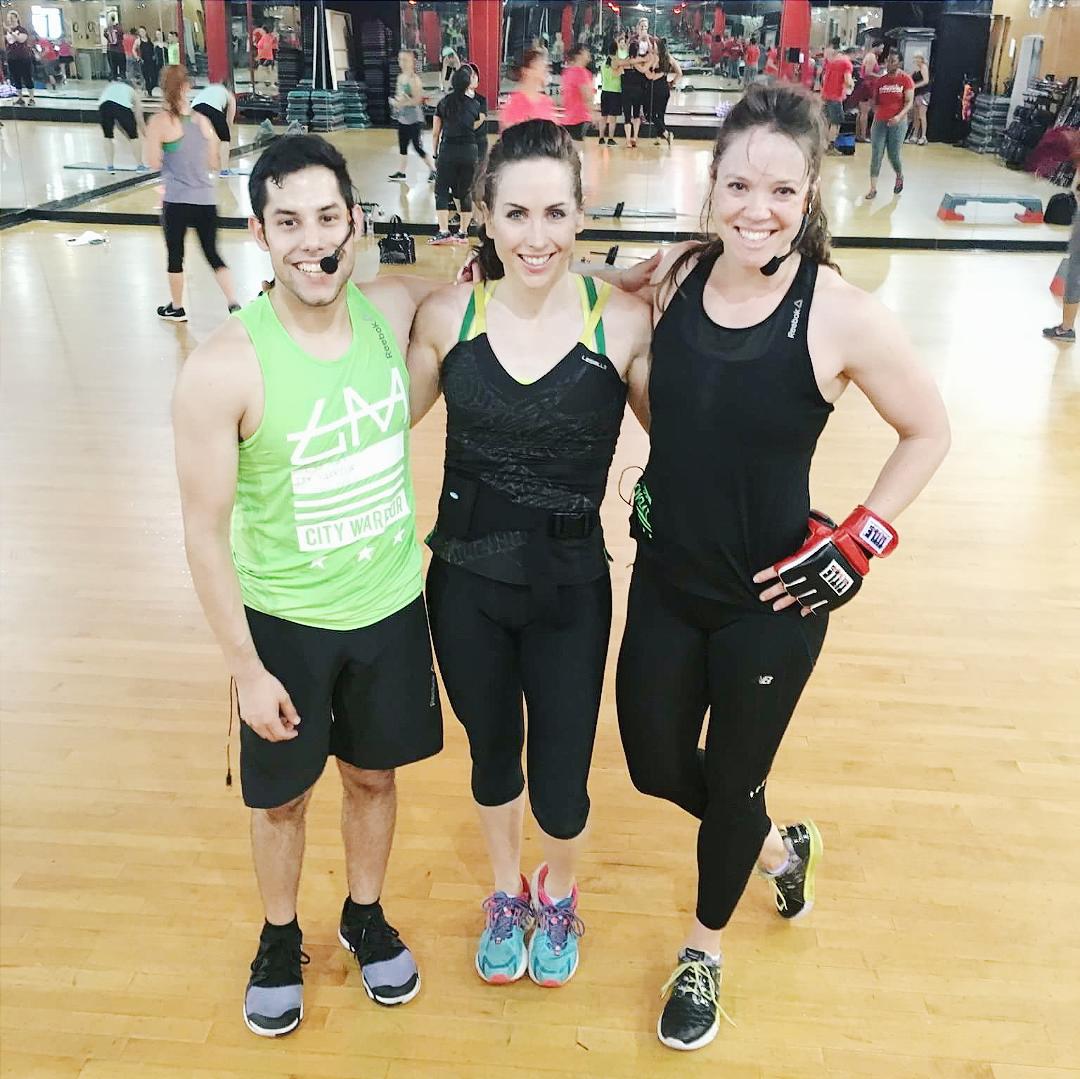 7 Weeks – Oh, abs. How I miss thee. Push-ups just aren’t the same without you.

I’ve false started on this post at least 6 times because I wasn’t sure which direction to go with it. Do I do a recap of the whole pregnancy so far? (YAWN…no, really…that would be a good word to sum up how I’ve felt for the most part). Do I hit the highlights? Do I skip the whole first half and go straight to the gender poll? (Because you know I love me a good gender poll). 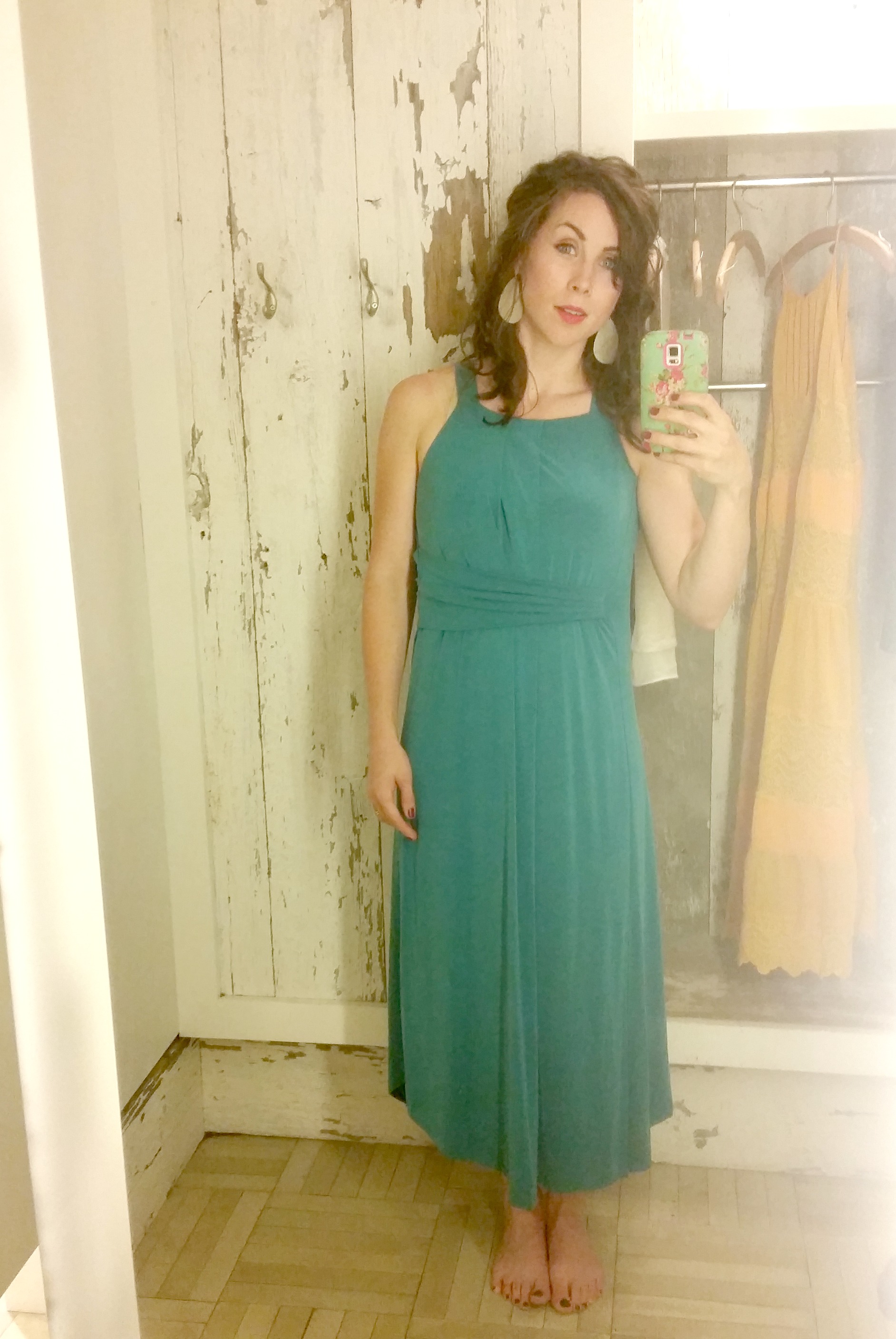 9 Weeks – Trying on a dress my husband loved in the Vancouver Anthro…sucking in mightily.

So, here is the briefest (that I know how) of recaps, and then we’ll get straight to guessing exactly who is kicking around rather impressively in this big ol’ belly of mine.

I knew VEEEEERRRY early that I was pregnant. How? Because I woke up one morning with the vividest of dreams. Seriously. That was my first clue, at least. Like at maybe 1 week (well, technically, 3 weeks…if you count the two weeks from the 1st day of your last period that they include in your 40 weeks…SO weird that you’re already considered 2 weeks pregnant before you even conceive…but I digress). 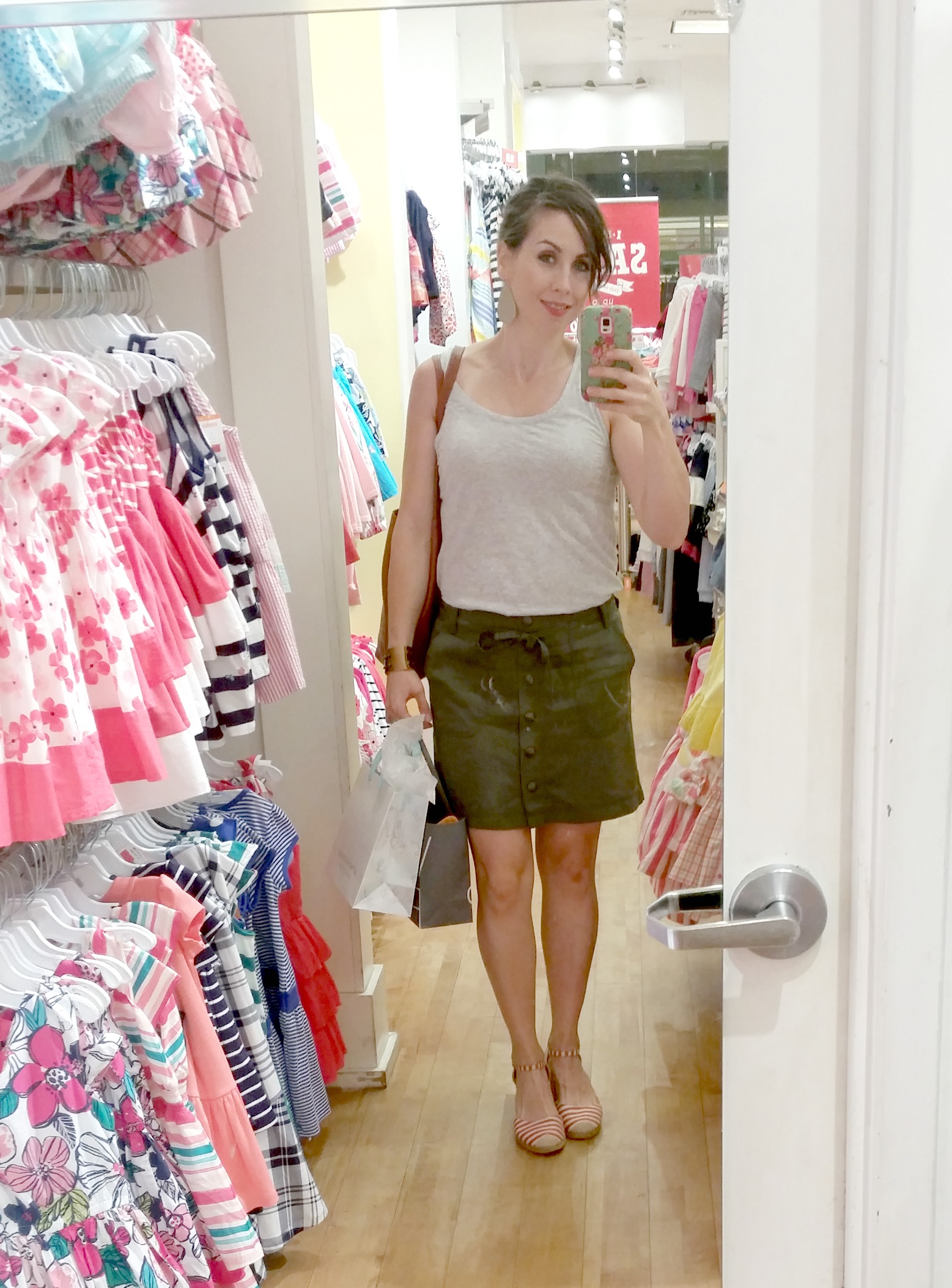 13 Weeks – Shopping for the girls. Full of dinner from Zoe’s (my fave “fast” food), and…sucking in mightily.

I literally went from having completely dreamless sleep to 3 days in a row of such intense sleep adventures that I had trouble waking up from them.

And that was it. I just knew. 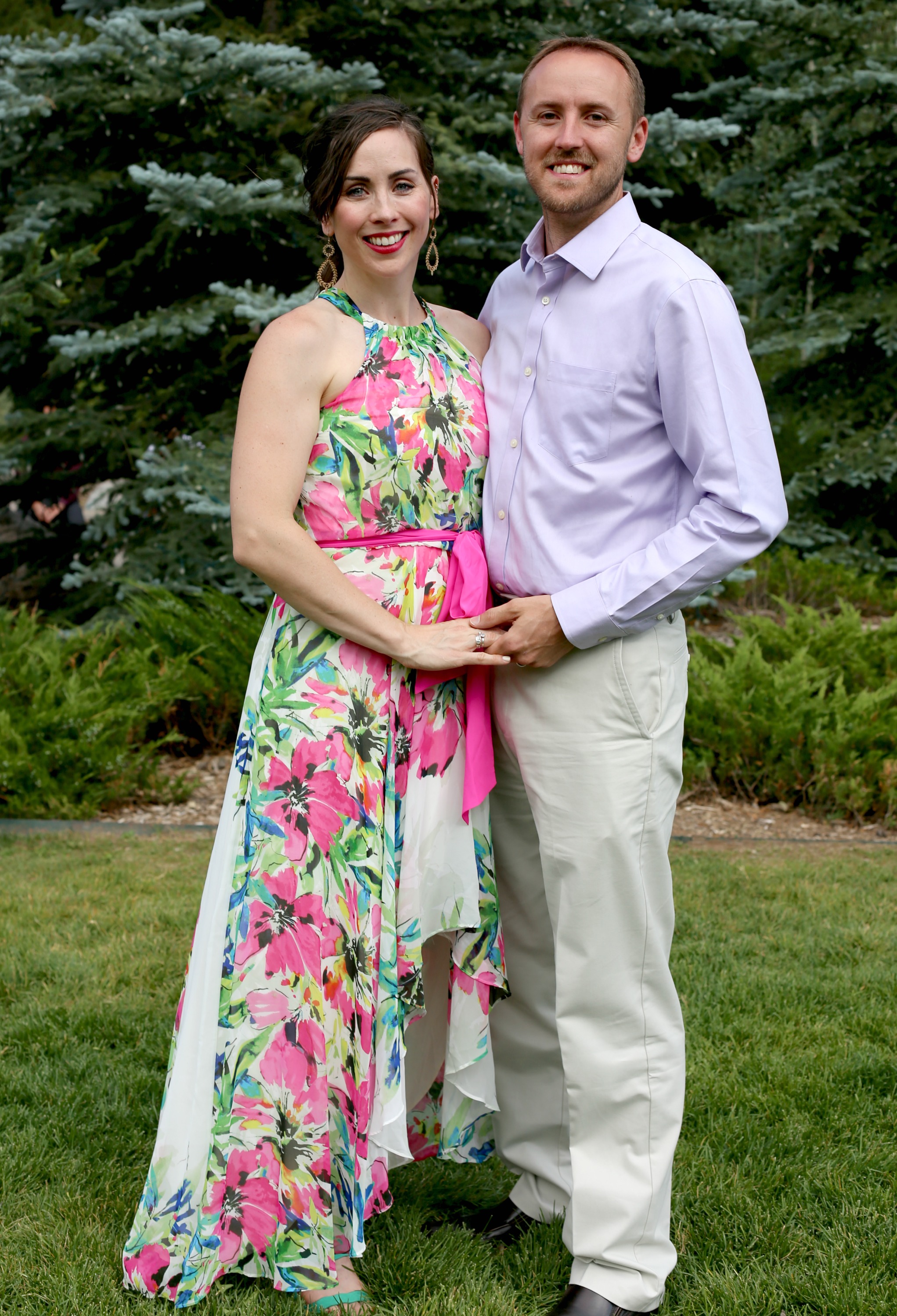 16 Weeks – at the wedding in Colorado…and not sucking in mightily
enough, I guess. I saw this picture and was like, “Whoa, baby.” And I
wasn’t talking about my husband, although he does look dashing.

So far, this pregnancy has been very similar to my others (well, the twins’ was a little different, but that’s a given). Which is to say: fairly easy and blessedly uneventful.

Buuuuuutttt…I’ve been SO tired. I think (oh, Lord, please) that I’m finally getting some of my energy back, but I’ve really never hit that magical 2nd trimester rush of endorphins and perkiness. I take naps every chance I get, and there have been days when it’s felt like if I didn’t lie down right that second, I might die. Only a slight exaggeration, y’all. This was legit exhaustion. 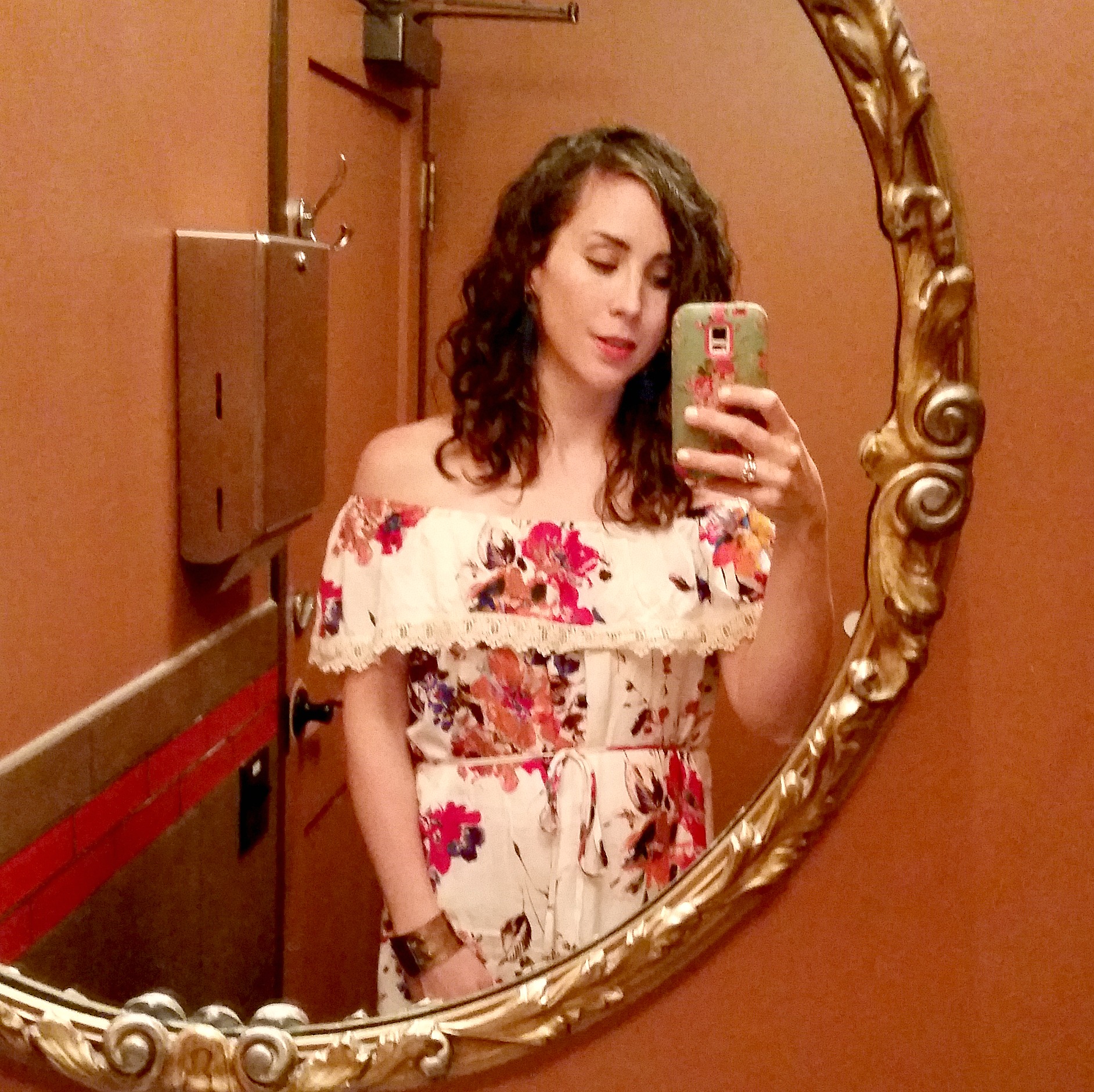 17 Weeks – on a date in Boulder with Shaun (duh) and–you guessed it–sucking in/angling for all I’m worth.

I’ve also been considerably more nauseated than ever before (including the twins). It’s still nothing compared to what some (many) people deal with–just a generally icky feeling on a fairly regular basis that won’t just go away and stay gone.

ANYhoo, other than that (and let’s face it: the fact that I really don’t like the physical changes and challenges that a pregnancy brings to my body…I’m not a lover of pregnancy, in general), it’s all been good.

Of course, the awesome part is that no amount of tiredness, sickness, aches, or expanding hips can even hold a candle to the exquisite bliss of holding a baby, fresh from heaven, in my arms and marveling at the fact that the Lord used my body to create this little bundle of perfection.

So, that’s where we stand. 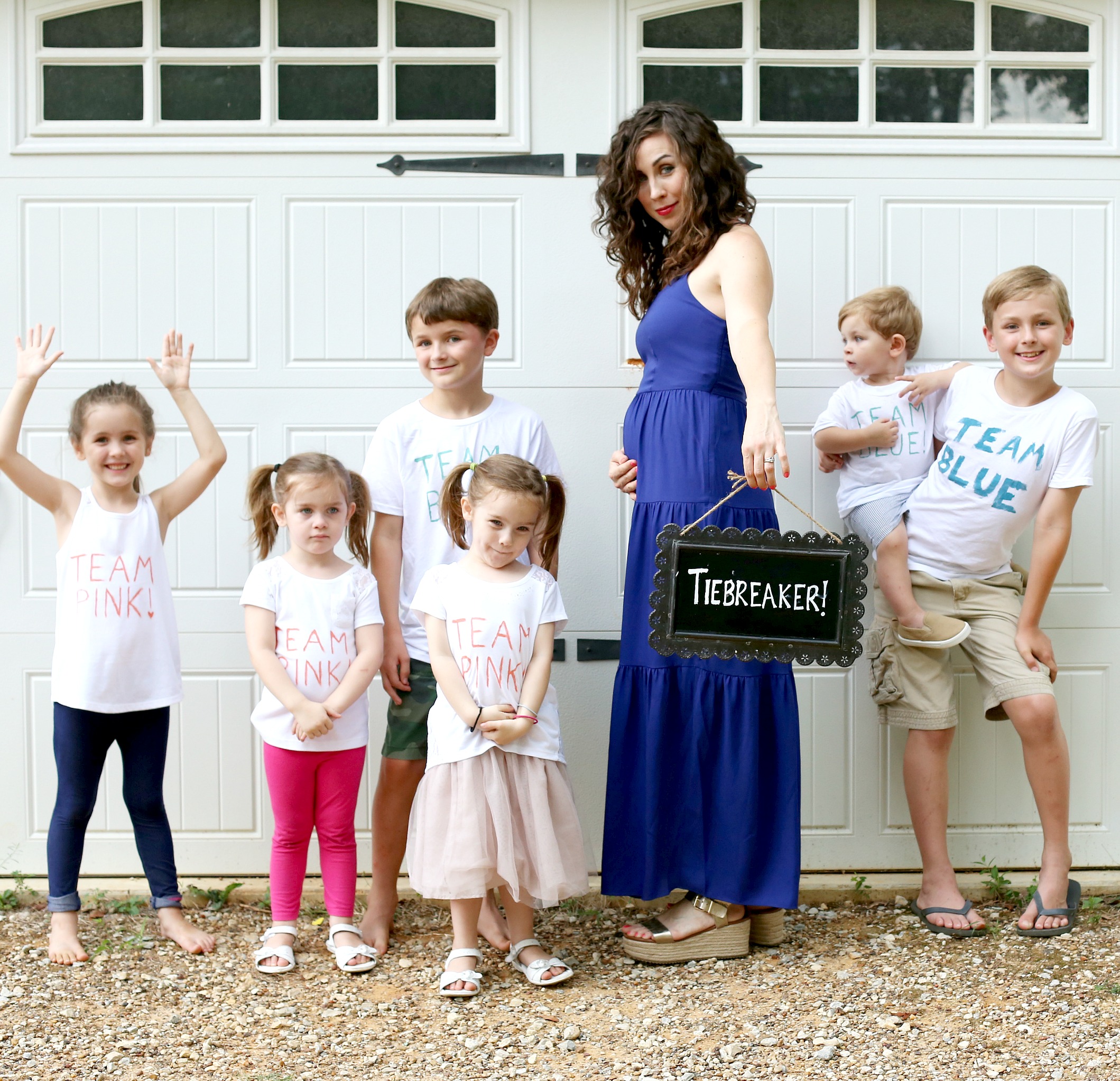 20 Weeks – Because “outtakes” are fun (ahem, twins + my derpy expression). NOT sucking in at all.

This pregnancy has felt slow as molasses so far (despite the summer streaking by in a lightning blur of activity), but I’m hoping, with school starting, that the weeks will just melt away. (I can only imagine once we get into the holiday season).

And now we get to my favoritest part: the gender poll.

Is #tiebreakerbaby a boy or a girl?

Because, yes, there is just one in there.

P.S. Guessing whether it’s a boy or a girl is not the same thing as saying that you want it to be a boy or a girl, and my asking what you think is not saying that I have a preference either, so no fair saying: Team Healthy Baby. We are ALL on that team together! 🙂

P.P.S. After I announce a pregnancy,  I always get an influx of emails asking me questions about: pregnancy (of course), life with lots of kids, birth (particularly of the unmedicated variety), family planning, even pregnancy fashion. I’m happy to (and do) answer all of these individually, but I thought if there are that many folks willing to send emails, then maybe there are others who don’t message me that have questions too? Maybe I’m way off on that. BUT! If you do have a such a question, feel free to ask it in the comments, and I’ll put together a blog post answering all of them soon(ish) :).