Every Tuesday, the three older kids have piano practice for an hour and 1/2 because our teacher is awesome like that, loves my kids, and is fine with their being there for 3 consecutive lessons.

Which gives the twins, Theo, and me some time to “kill”–which we usually do by heading to the grocery store or dropping off a load at Goodwill + other various and sundries.

Lately, though, I’ve been trying to fill that gap with house-related chores, since we’re to the stage where lots and lots of interior design decisions need to be made.

Unfortunately, neither Lowe’s nor Home Depot are much help to me this time around, since we’re buying our sink, faucets, and quite a bit of lighting online, which leaves the various specialty stores around town to check out–usually a fool’s errand that ends in my having heart palpitations at the price tags.

This past Tuesday, though, as I was wracking my brain for a useful place to visit, it occurred to me that I hadn’t been to see a local flooring company from which we bought our carpet for the house we’re in now.

There won’t be any carpet in the new house, but this place carries lots of tile and wood options too, so the more junior half of my squad and I dropped in for a visit on a sweltering afternoon (seriously; after a surprisingly mild August, we are getting hit with heat indexes of 105..hmph).

Turns out, they’ve expanded a ton since we were last there, and I was a little overwhelmed with all of the choices. Thankfully, I have a very specific tone in mind for the wood floors we’re hoping to install, and they’re not exactly the norm for East Texas, so my job was made a little bit easier by the fact that there wasn’t tons of selection in the range I want.

Not that this will do most of your any good, but if you’re in the East Texas area, you need to check out Flooring Liquidators of Tyler. They are thee nicest people–sweet Christians who homeschooled their kids aaages ago (like when I was homeschooled…ha) and now work together to run their family business.

The owner spent over an hour with me and the kids, navigating us around his packed showroom, patiently weathering my: “Nope, too shiny. Um…too dull” (all right now, Goldilocks) comments.

Until I found 3 that are juuuuust right.

He even let me bring home the giant “sample” even though it was the only one he had on hand. So, so nice.

Oh, and reeeeeally competitive pricing. (He kept calling his distributors to get me better prices until he had gotten them down to their rock bottom).

So, what are these samples of which I ramble? 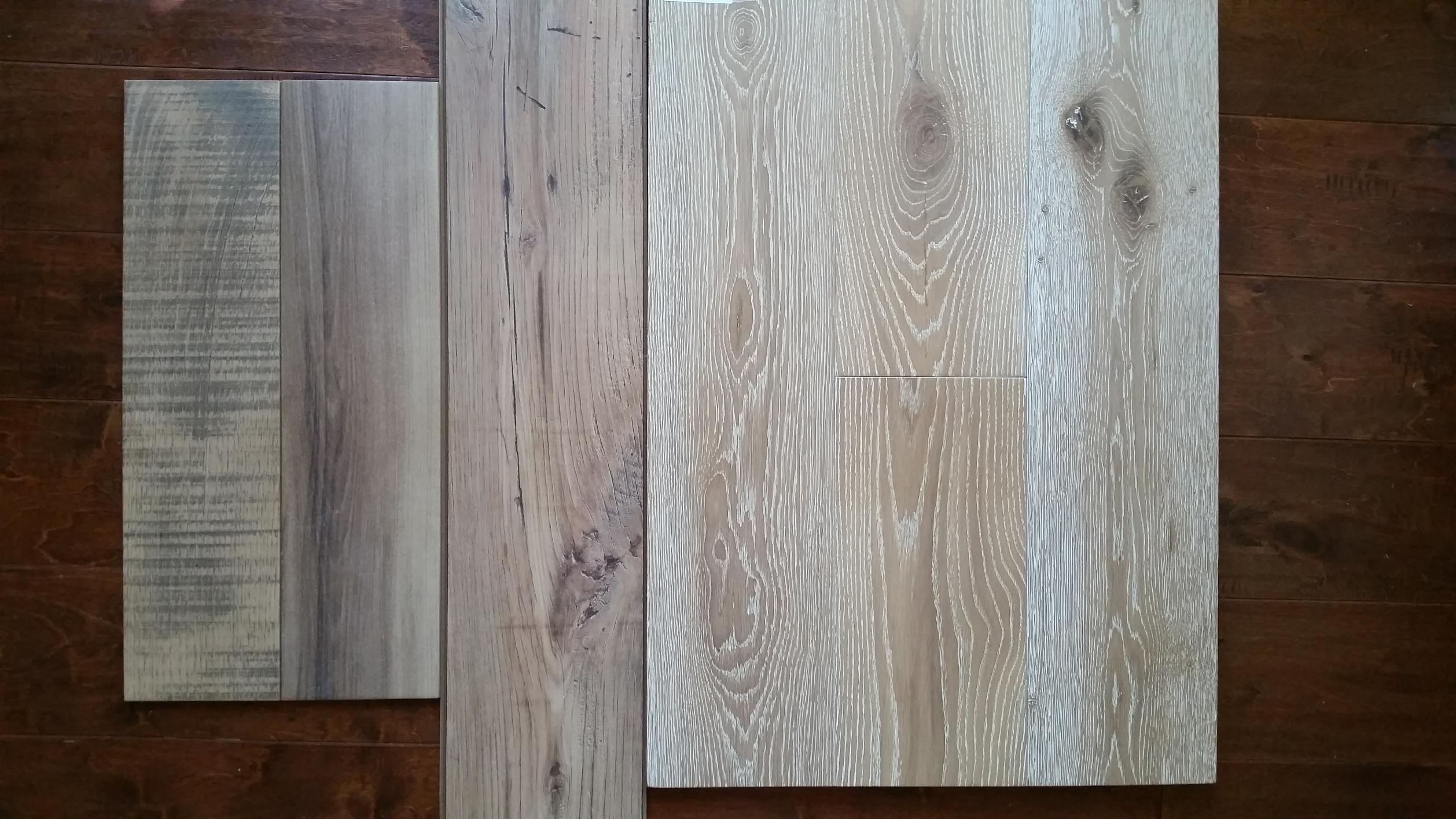 The two planks on the left are actually from the same material, believe it or not. The middle is different. And then the right is the big sample he let me bring home.

Only ONE of them is real wood. Man, “wood” has come a long way since we first built. 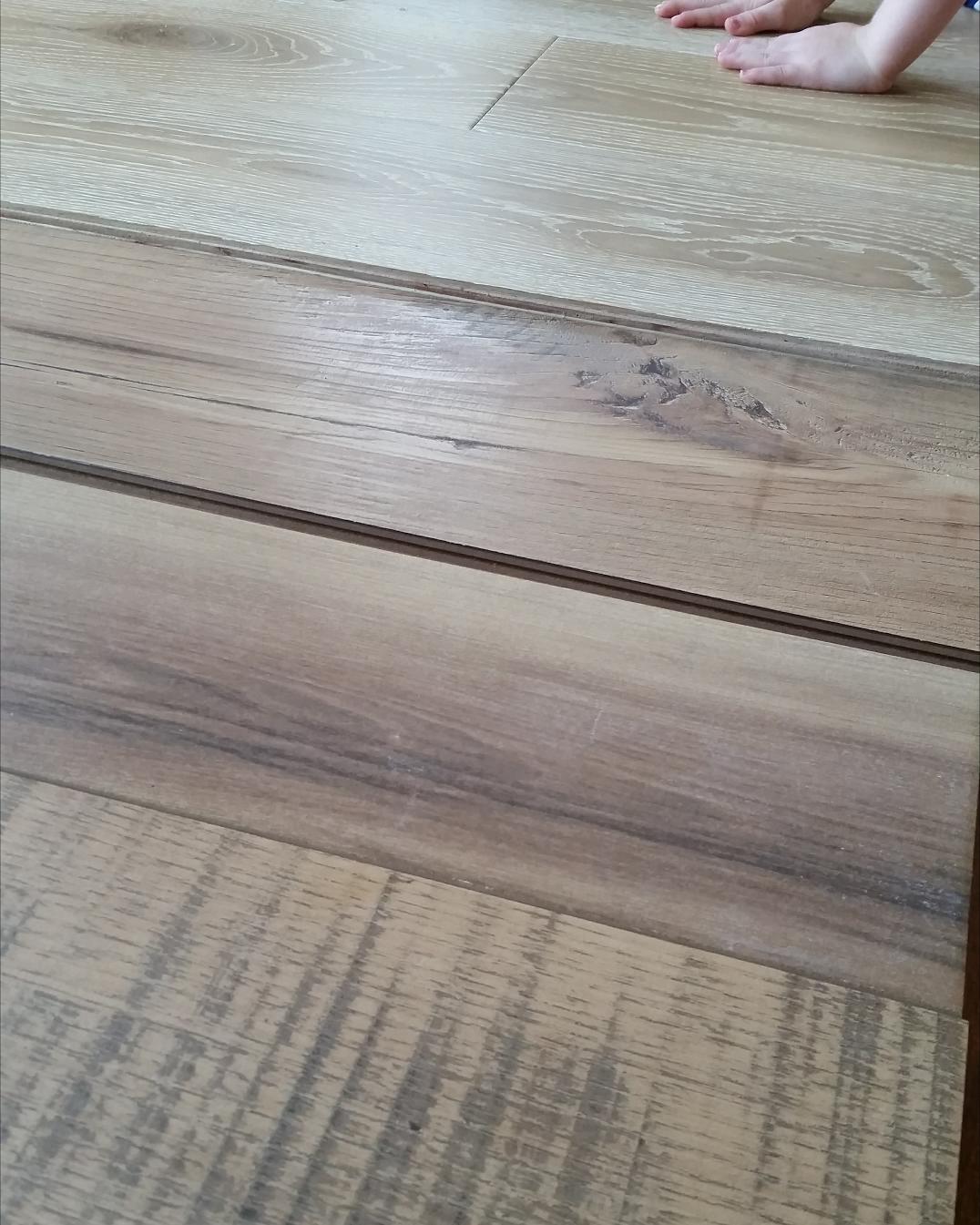 Think you can guess which one it is?

I showed my social media folks this shot… 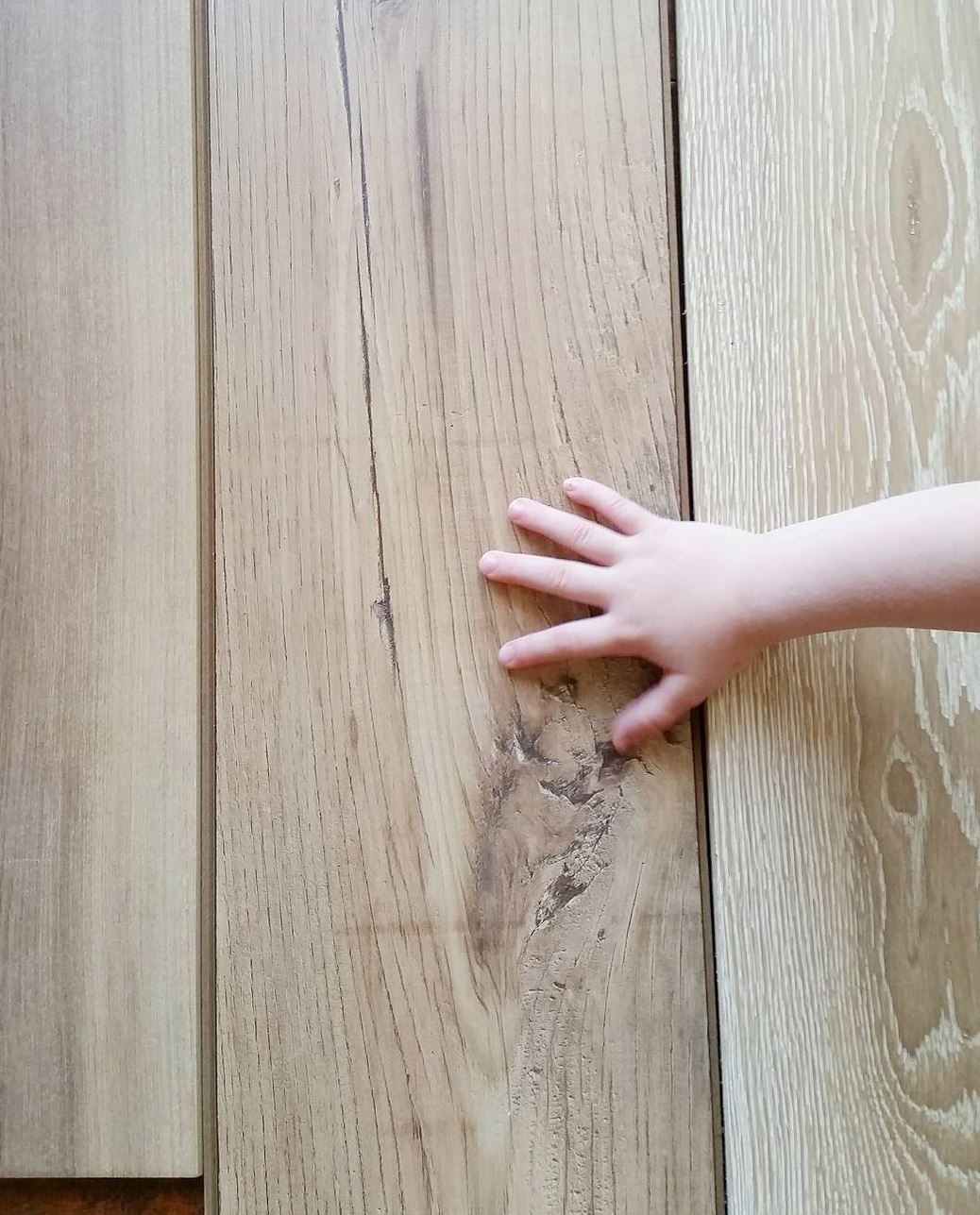 And maaaaaybe 2% got it right. Which tells me that I could pretty easily pick any one of these, and they would work just fine.

Honestly? We’re probably going to use a combo of all three. Probably. But nothing’s set in stone, er, concrete slab…yet.

Which is where, as always, y’all come in. 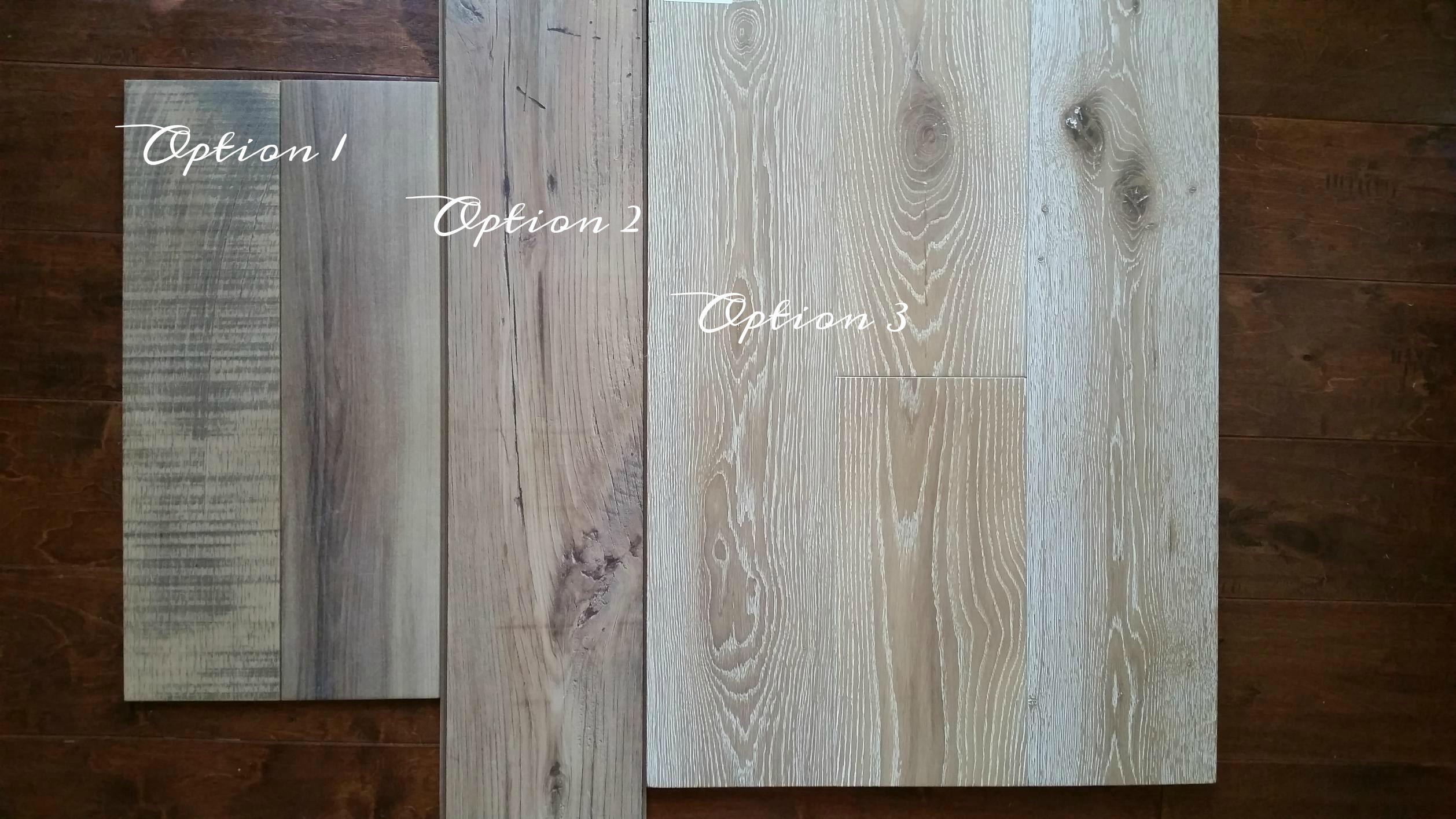 IF we only go with one, which one should it be?